Damen is a warrior hero to his people, and the rightful heir to the throne of Akielos, but when his half brother seizes power, Damen is captured, stripped of his identity, and sent to serve the prince of an enemy nation as a pleasure slave.

Beautiful, manipulative and deadly, his new master Prince Laurent epitomizes the worst of the court at Vere. But in the lethal political web of the Veretian court, nothing is as it seems, and when Damen finds himself caught up in a play for the throne, he must work together with Laurent to survive and save his country.

For Damen, there is just one rule: never, ever reveal his true identity. Because the one man Damen needs is the one man who has more reason to hate him than anyone else . . .

“They had no idea what they did when they gifted me with you.”

Once in a blue moon, you come across a game changer. A ‘unicorn’. A story so mind-blowing that it only takes you a few sentences to know in your gut that you are about to embark on an epic journey that will leave a profound mark on your soul, because from the moment you open that book, from that first shiver down your spine, you can tell you are in the presence of greatness. This was that story for me. And even though I could talk about this series for hours, I find myself unable to pigeonhole a story such as this one into a neat little category, as any given label would do this story a huge disservice. It is a fantasy series in the sense that it takes place in an imaginary world, but there is no magic or otherworldly element involved. It is a same-gender romance, but it is set in a reality where sexuality is not drawn in bold lines—an ‘orientation-blind utopia’ of sorts—where sexual proclivities are wide and varied, and where differences in sexuality are accepted with the same ease as differences in hair colour. It is an erotic romance in my eyes, but instead of frequent instances of graphic sex carrying the romantic relationship forward, the sexiest and most powerful exchanges happen through words, gestures, acts of selflessness and bravery. In an epic feat of world-building and flawless character development, Ms Pacat has given us an extraordinary tale of love, courage, loyalty, that pulls us in with its sophisticated prose and painstaking attention to detail, and holds us captive through an intricate love story that is nothing less than breath-taking in its beauty. This is one of those ‘hand-on-heart’ book recommendations that I am making unreservedly.

“I hear the King of Akielos has sent me a gift.”

After years of bloody conflict, the two rival kingdoms of Akielos and Vere have lived side by side in relative peace for the past six years, but the memory of all that was lost and gained during their final battle still remains fresh in everyone’s minds, especially that of Laurent, the Crown Prince of Vere. Having lost both his father and his older brother to the Akielon sword, Laurent has never forgotten all the ways his life changed in the course of one day. From careless younger son to heir apparent, he has had to embrace his new future with no one to guide him on that path, growing into a young man infamous for his unpredictable, malicious and cold-blooded disposition, but his emotionless façade hides a heart ravaged by hatred for the one who took it all from him—Prince Damianos of Akielos.

As the much beloved heir to the throne of Akielos, Damianos had become the embodiment of all that his kingdom expected him to be—a fearless warrior, a fair ruler, a good son. But when his father suddenly passes away and his bastard son usurps the throne, Damianos finds himself with a collar and chain around his neck, his birthright stolen from him by a half-brother he loved and admired, and sent into the heart of enemy territory as Damen, a pleasure slave. His fate becomes even grimmer when he realises that his new master would be the very Prince of Vere.

Laurent was a nest of scorpions in the body of one person.

And so a battle of wills begins between a proud, hot-blooded young Prince who endures public humiliation and pain while patiently plotting his escape, and his enigmatic, golden-haired counterpart who is determined on breaking Damen’s spirit. But with both their kingdoms in the hands of power-hungry rulers, brewing war and discontent in order to advance their own agendas, Damen and Laurent inevitably find themselves facing a common enemy. In the face of true evil, they are forced to shed all pretences before one another, all emotional shields crumbling and their true natures slowly unveiling, and a bond like no other weaving itself gently between them. They are each other’s opposites in every possible way, but their hearts remain the steady force behind all their actions, eventually leading them into each other’s arms.

From the severe, straight-backed posture to the impersonal grace of his cupped yellow head; from his detached blue eyes to the arrogance of his cheekbones, Laurent was complicated and contradictory, and Damen could look nowhere else.

As their fates become increasingly entwined in a web of greed and corruption, the young lovers join forces to battle an enemy with no scruples, determined on destroying them both, while their past threatens to extinguish the delicate flame that has grown between them. But as they become embroiled in a war they never sought, they are also given a chance to mend and unify two kingdoms that should have never been foes.

“Did you think I was made of stone?”

And all that does not even cover one percent of the events in this magnificent page-turner that kept me glued to its pages for three days straight. Ms Pacat has created an entirely character-driven reality that pulls us in with a most intriguing plotline, but holds us rapt with the shimmering spectacle of her breathtaking prose bringing these wonderful characters to life. I felt incapable of doing much else while reading these books, trapped in a daze of curiosity and sheer addiction to this author’s writing, and found that the story never lost any of its intensity or emotion until the very end. This series represents all that I seek in a great read, and it deserves nothing less than the highest possible rating I could bestow upon it.

A kingdom, or this. 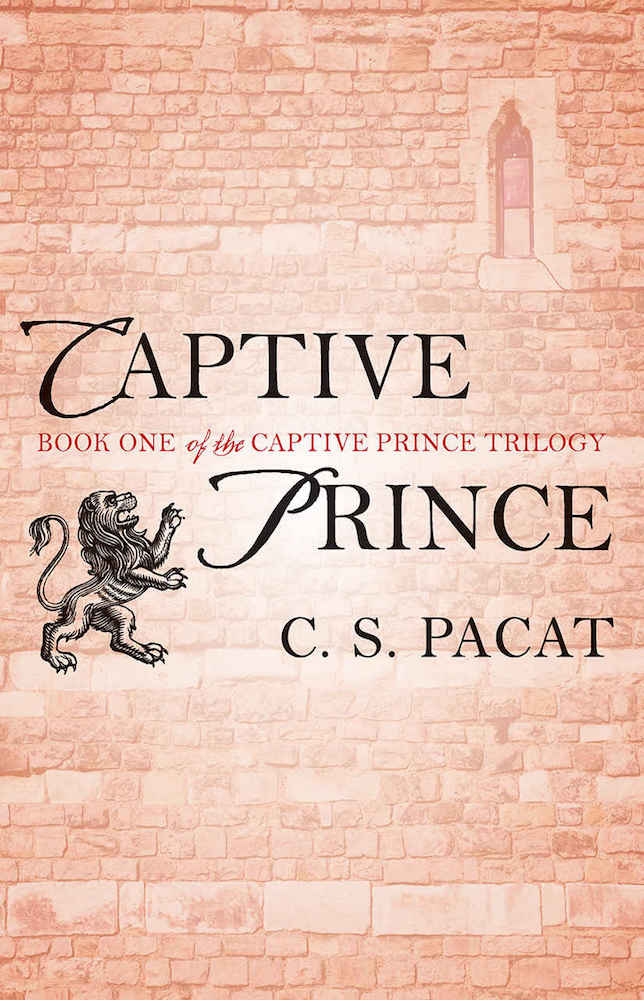 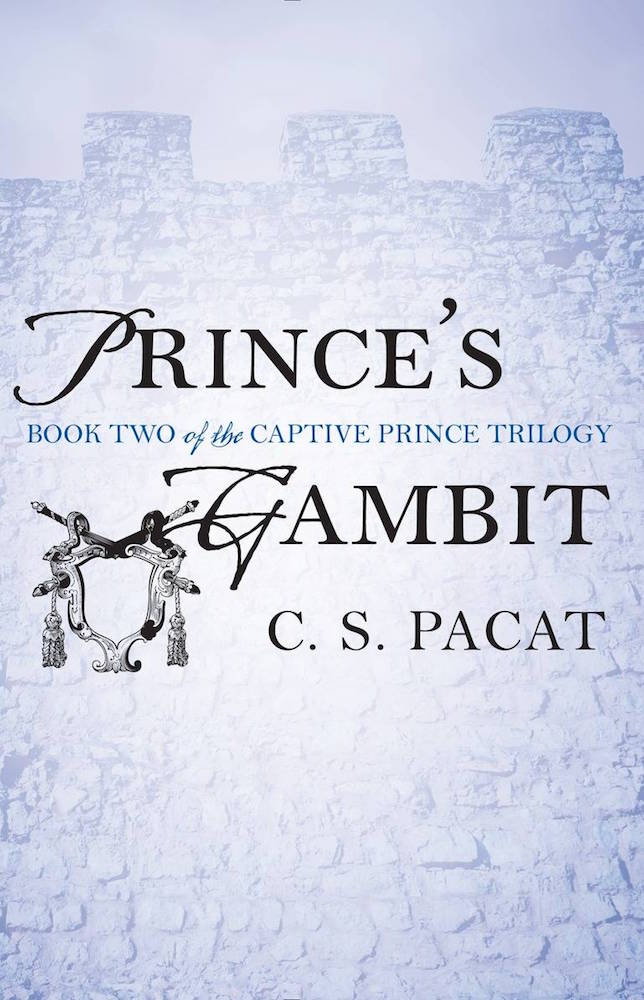 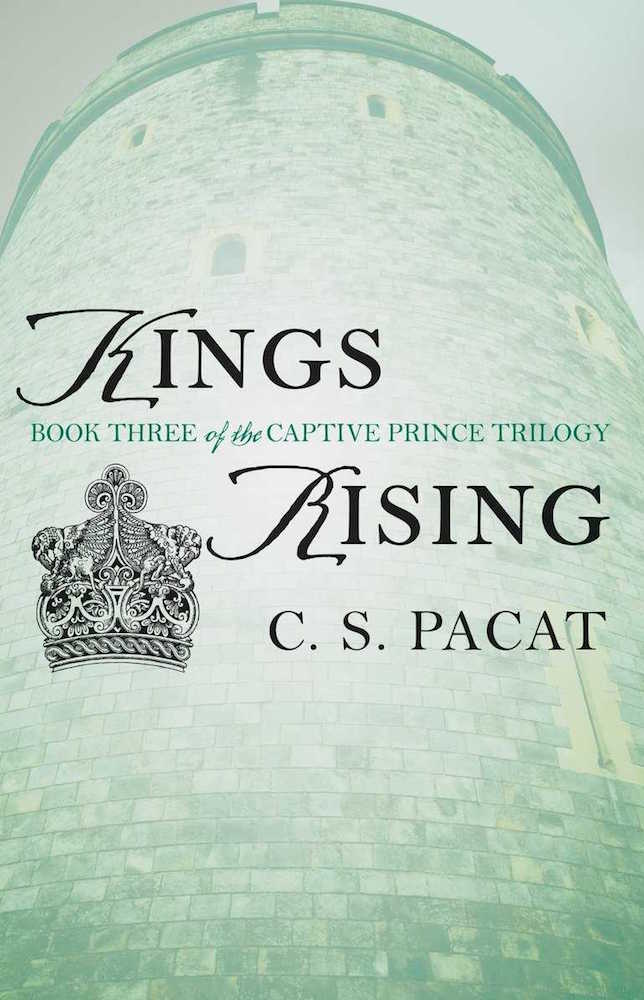 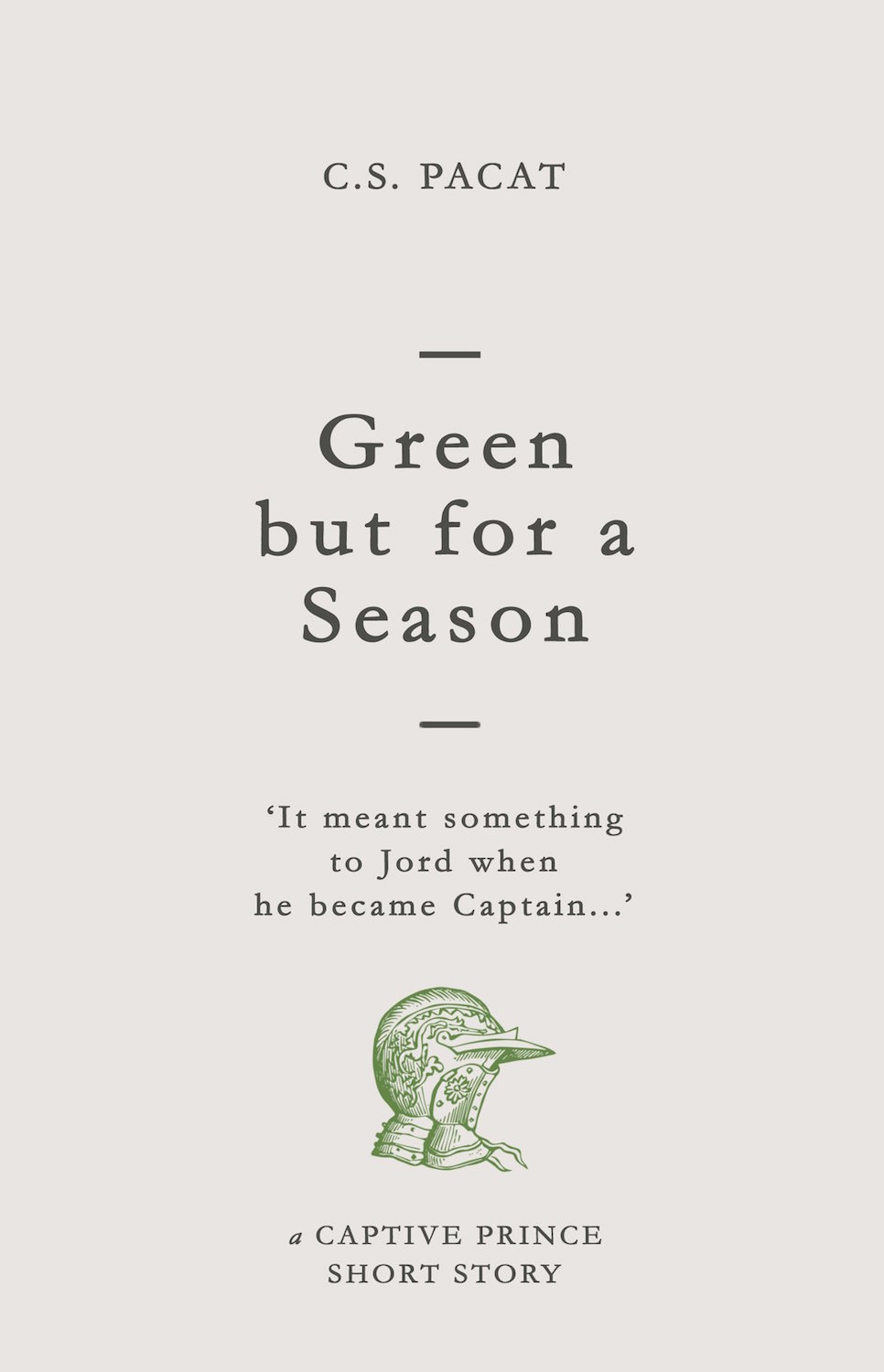 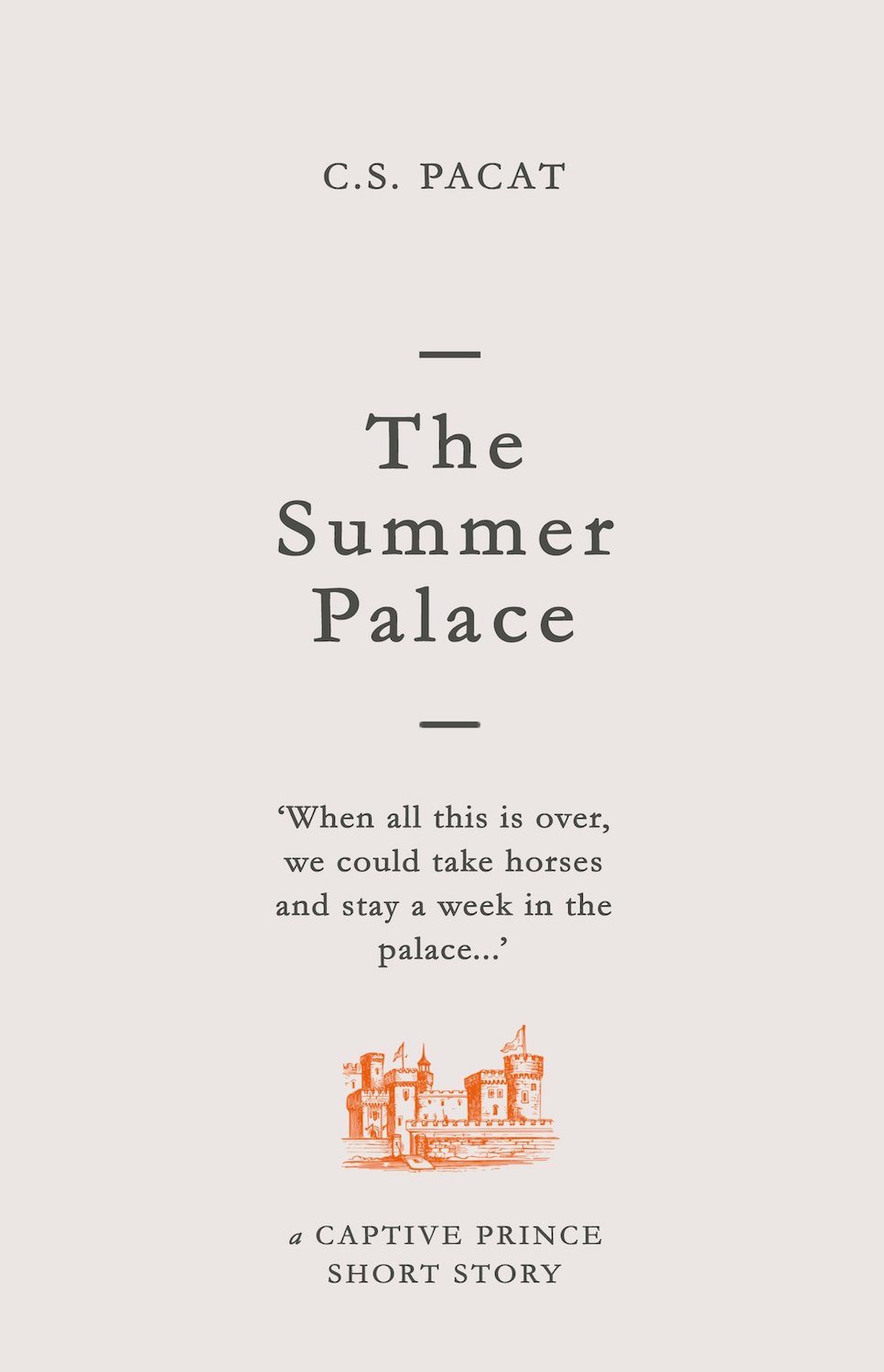 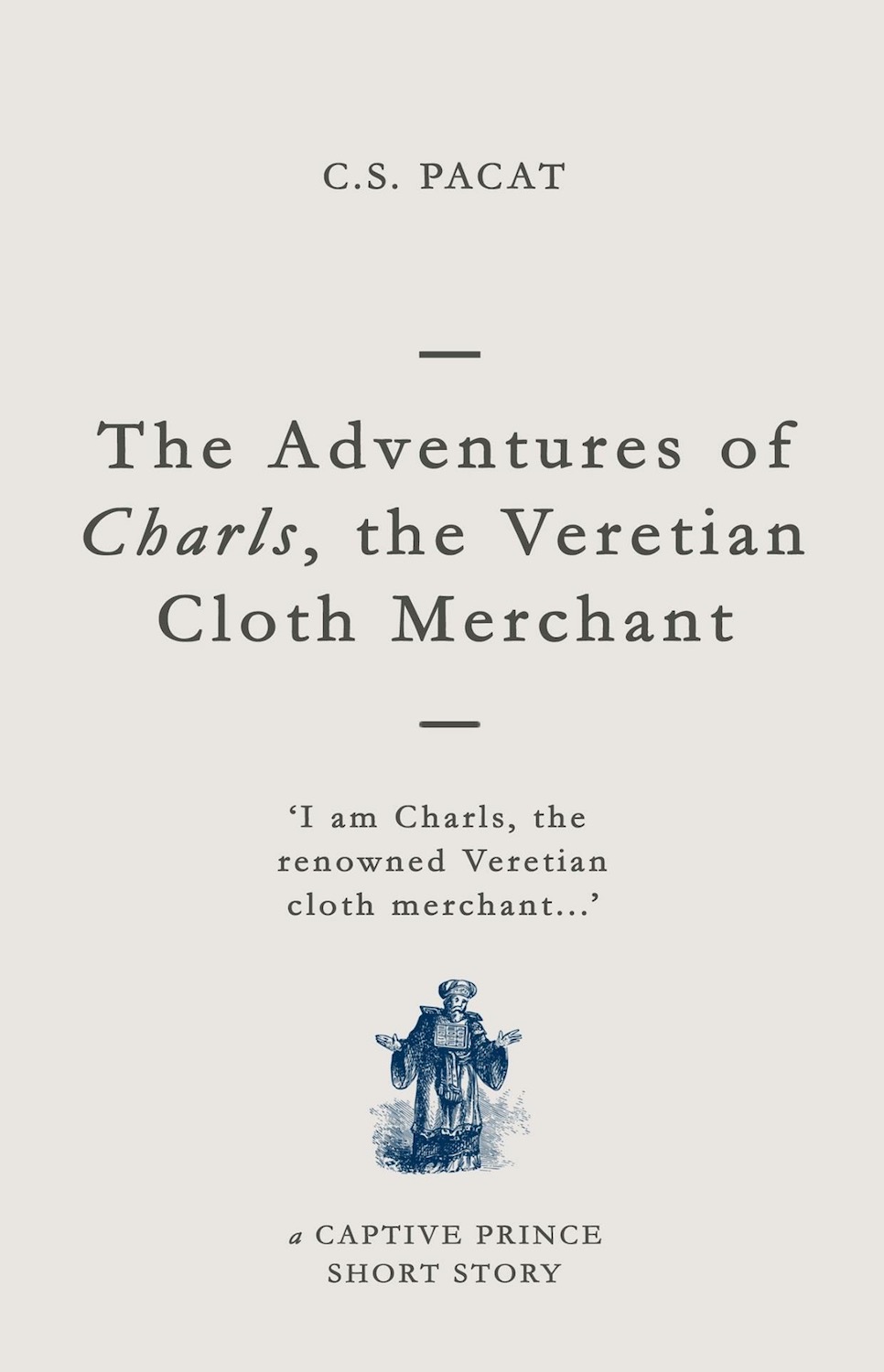 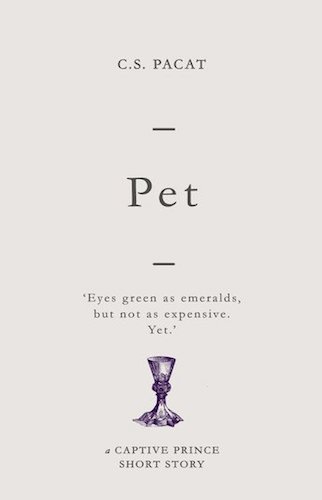 Natasha… You have made me speechless with your review, it is beautiful and absolutely stunning. Your words are prose of poetry. I am even more anxious to have the last two books arrive. Your review did the series justice ❤️❤️

As always, this review is spectacular and has captured a special place in my heart alongside this series.

Oh honey, thank you so much!!! You have no idea how much your words mean to me. I hope you enjoy this series as much as I did. It was EVERYTHING!!! ♡

I bought these right away based on your recommendation. I’ve been following you forever and have never written a comment but wanted you to know how much I LOVED this story. It pulled on all my emotions and I was so sad at the end (because it was over). Thank you so much!

Oh my gosh! I absolutely love this series!!!
I love your review and I’m so happy you like the books. <3
Those men will always be special to me

Am loving that your tastes run the gamut, otherwise I would have never found CS Pascat myself. The quotes you chose alone piqued my curiosity and then your evocative review with all the stars …. ! Let’s be honest, you had me at “unicorn.” Halfway through the Captive Prince, and am super hoping this series is on the list of Books We Must Discuss if/when we see you in NYC. I’m already in mourning for when I get to the end and I haven’t even finished the first book. *wipes preemtpive tear*

You will lose your mind over this series, I promise you that. I am so darn happy you are reading it!!!!! And can’t wait to chat to you in person about it. Make sure you’re in Atlanta for RT next year. It’s an order!!! ;)