Swallow, Daughter, pull them in, those words that sit upon your lips. Lock them deep inside your soul, hide them ‘til they’ve time to grow. Close your mouth upon the power, curse not, cure not, ‘til the hour. You won’t speak and you won’t tell, you won’t call on heav’n or hell. You will learn and you will thrive. Silence, Daughter. Stay alive.

The day my mother was killed, she told my father I wouldn’t speak again, and she told him if I died, he would die too. Then she predicted the king would trade his soul and lose his only son to the sky.

My father has a claim to the throne, and he is waiting in the shadows for all of my mother’s words to come to pass. He wants desperately to be king, and I just want to be free.

But freedom will require escape, and I’m a prisoner of my mother’s curse and my father’s greed. I can’t speak or make a sound, and I can’t wield a sword or beguile a king. In a land purged of enchantment, love might be the only magic left, and who could ever love . . . a bird?

BOOK REVIEW: The Bird and the Sword

Book Series:  The Bird and the Sword Chronicles

“You chose me because I am of use. But I chose you because I wanted you. All I ever wanted was for you to love me in return.”

Simply…wow! I am rarely left speechless by the books I read, but from the spellbinding, truly poetic writing style, to the depth of emotion present on every single page, this story was sheer beauty in every possible way. I have always known that there is something uniquely soothing about any one of Amy Harmon’s extraordinary tales, but this book also proves that in any genre, her talent knows no bounds. An absolute gem of a story, this was an instant favourite for me.

I didn’t want to be taken care of. I wanted to run away from all the men who sought dominion over me, who thought they could own me, imprison me, use me, cut me.

In a world spun out of magic, being Gifted is a curse. Magic is feared, condemned and eradicated at all costs, but for young Lark, her gift is also a constant reminder of all she has lost and all she stands to lose if her abilities do not remain hidden from the world around her. At twenty-one years of age, she has spent most of her life caged and ignored, a silent presence in the shadows to whom no one pays any attention, until a young King notices her and steals her away from the only home she has ever known.

King Tiras of Jeru has always strived to be a good man and a fair ruler to his people, a far better man than his late father whose cruel reign left only fear in its wake, but with beastly attacks threatening his kingdom and forcing it into war, the King of Jeru is faced with an enemy that knows no mercy and whose victory would mean the demise of all those Tiras seeks to protect. But while the enemy keeps approaching, spreading death fast and wide, Tiras suddenly finds himself in possession of an unexpected ray of hope—an unassuming young woman stripped of her speech, but whose ability to wield words without making a sound and bend the world to her will makes her more powerful than anyone the young King has ever met before.

“I would give you this power. This gift of words. I would trade you for your ability to change, and I would become a real lark. A little bird. And I would fly away. I would make my nest high in a tree, and I would sing. Sing and fly. If I were a real bird people would lose the ability to disappoint me. I wouldn’t consider them at all. I would have only four little words in my head. Sleep, eat, fly, sing. And that would be enough for me.”

For Lark, however, the power of her gift weighs heavily on her gentle heart, and the more Tiras asks of her in the name of the greater good, the greater her remorse grows for all the lives she has taken. Her only solace is found in the words she aches to have back as King Tiras untiringly teaches her to read and write, never knowing that such a knowledge would only make her gift grow even more. As they learn more and more about each other and start opening their hearts to one another, they slowly fall in love, unexpectedly and reluctantly, but with no hope of stopping it.

“I have all the power, but you will destroy me.”
“Only your walls, Lark.”

As appealing as those feelings are to a lonely heart as Lark’s, however, she remains unwilling to give voice to them and lower her defences before the young King, because when you’ve spent your whole life longing to be loved, to be wanted, to be seen by those around you as something more than a means to an end, and to never be set aside again, trusting your aching heart can be a dangerous trap, especially when all it wants the most is right before your eyes, promising you the world.

A mesmerizing tale set in a fantastical world that captivates us instantly and then gently fills our hearts with the kind of joy and wonder that can only be found in an Amy Harmon book. I am writing this review with quiet tears in my eyes, grateful for yet another story that will never stop pulling me back in whenever I am reminded of these delightful characters. I am amazed by how much I miss this story already, by how unwilling I was to turn that last page, but I remain forever hopeful that one day we will return to this world again.

“I have loved you every moment of every day, and I will love you until I cease to be. Bird, man, or king, I love you, and I will always love you.”

The Bird and the Sword Chronicles - Recommended Reading Order 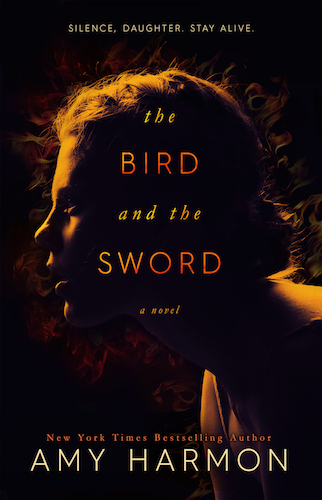 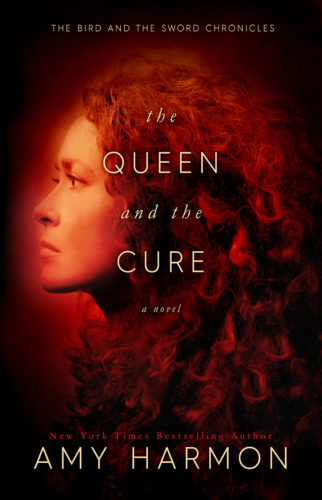 *sigh* your reviews are by far the best I have ever read/will ever read. I love you Natasha Book Junkie! Thank you for the amazing spoiler-free reviews.

I love quotes which you choose for your reviews! They always ecourage me to read books you write about. And of course The Bird and the Sword was one of the best books I read this year soo thank you very much<3

Another irresistible review; can’t wait to read the book! Sounds as cinematic and lushly fantastical as films like The House of Flying Daggers or Crouching Tiger, Hidden Dragon …

Yes yes yes!!! Her writing is an experience of its own. And I rarely ever read fantasy books! If you ever want to fall in love with the book that made me an Amy Harmon groupie, try Making Faces. But be prepared for tears galore. I read it in my hotel room during RT a few years ago and I had to call room service at 3am to get extra tissues delivered. It is a masterpiece. (If hubs complains that I made his wife cry, we never had this conversation!)

Also wondering: Has Kleenex ever been an RT sponsor? If not, someone should get on that!

They give us condoms in those gift bags but no tissues. Makes no sense to me. How lucky do they think a bunch of women at a book convention is getting?!

Now you made me want to watch Crouching Tiger, Hidden Dragon again…

Yay! Now I have two books to read. And Hubs would just roll his eyes because Wife’s default setting is tears. Even at Simpsons episodes! :)

I just finished reading this book, and as soon as I finished I knew I had to read your review. You always deliver Natasha, I’m so happy I was not the only one who as soon as I finished the book, missed the characters and the story! I immediately wanted to open the book up again and reread it from the beginning.

Your review really is on point in capturing Lark and her side of things, when reading it, I realized somethings about Tiras that I had overlooked while reading the book. This is why I love your reviews, you always manage to capture the story of the book and the characters without it being spoiler-y.

I love this book so much, the magical wonder and the beauty of it all. You always pick the best quotes, lol. Now, I’m in the mood for more books in this genre *sigh*