James, the handsome, cosmopolitan Prince of Wales, is used to being in the public eye. But he’s keeping a king-sized secret…James, next in line for the throne, is gay.

He’s been able to hide his sexual orientation with the help of his best friend and beard, Lady Cassandra. Sometimes he feels like a coward for not coming out, but he daren’t risk losing the crown. If he did, the succession would fall on his deeply troubled younger sister, Princess Amelia. To protect her, James is willing to live a lie.

While on holiday, he meets Benjamin Dahan—a rugged international reporter with a globe-trotting, unattached life—who catches far more than James’s eye. And when Ben is transferred to London, it seems fate may finally be smiling on James.

But what began as a torrid fling grows into something far more intimate and powerful. Soon James will have to decide who he is, what he wants from life and love, and what he’s willing to sacrifice for the truth…

“You belong to me. Maybe the public and the press own the part of you that’s the prince, but not the man. You’re mine, and I won’t let anything take you away.”

I get goosebumps whenever an author takes on a fairly risqué storyline that might make you raise an eyebrow at first, but then before you know it, you find yourself consumed by a story that is as touching as it is thought-provoking, and Lilah Pace is truly a master at this. This story immediately piqued my interest with its intriguing premise of a fictional future king of England leading a double life, but it was the sheer brilliance of Ms Pace’s style of storytelling, her unwavering focus on her characters, and the powerful emotions she keeps building on until the end, that held me captive until the very last page. A truly stunning love story—told over two equally riveting books—that I am recommending with all my heart.

“I was born heir to the throne. I was also born gay. These are both inseparable parts of my humanity.”

As heir apparent to the throne of England, James has been groomed since birth to embrace the responsibility of one day becoming king of one of the oldest monarchies of Europe. But beneath the very carefully built façade of composure and flawless demeanor hides a lonely young man who has had to withhold a very important truth about himself from the public—his sexuality. After years of restraint and emotional solitude, however, James allows himself a single moment of weakness while on a trip to Africa when he dares to seize a moment of pure pleasure with a handsome stranger.

I’m taking this. One stolen hour in my entire bloody life—it’s mine, he’s mine, and no one else ever has to know.

But once he discovers the stranger’s true identity, and after years of being subjected to nothing but cruelty at the hands of the press, James dares not expect anything but betrayal from the man he so willingly bedded. What the Prince does not realise is that his handsome stranger is unlike any journalist James has ever met, entirely disinterested in reporting on royal scandals, and even less interested in exposing the man he cannot stop thinking about. So when an opportunity arises to accept a job transfer to London, Ben Dahan accepts the new position without a second thought, secretly hoping to see the young Prince again.

Another chance encounter quickly turns into a secret arrangement between them where to the world at large they remain nothing but strangers to one another, but behind the closed doors of Clarence House, James and Ben become lovers, friends, confidants, indulging in a purely sexual relationship free from promises, free from commitment, and free from the prying eyes of the public. With each passionate encounter, however, the boundaries they set between them become more and more blurred, eventually forcing them to address their growing feelings for one another as the Prince of Wales prepares to rid himself of the biggest lie of his life.

“I love you enough to let you go.”

But as not every man is born to be king, not every man is willing to forsake his freedom in the name of love, and Ben is soon faced with the very harsh reality of living in the public eye, of his past, present and future being open to public scrutiny, and of losing his much-cherished privacy forever. For a man who’s always valued his freedom above anything else in life, the question remains whether he could ever endure and learn to accept the life James was born into and is destined to have.

“I can’t blame him for not wanting this. Nobody would ever live this life if they had a choice.”

A truly touching love story that never takes any shortcuts, never fails to take on any challenges it is faced with, and never stops being breathtakingly romantic at its very core, even when the very palpable chemistry between the characters is making our skin prickle in the most delightful ways. The gradual evolution of these characters’ personalities, as they slowly find their footing in a relationship they both want desperately but never take for granted, also never takes a backseat to the more romantic aspect of the bond between them, their every obstacle—internal as well as external—faced head-on and with great communication between them. It made each milestone in their relationship that much more gratifying to us as readers, thus making us more and more invested in their happy ending. I remain fascinated by this author’s remarkable ability to tell such singular stories with so much heart and finesse, and already cannot wait to see where she takes us next. 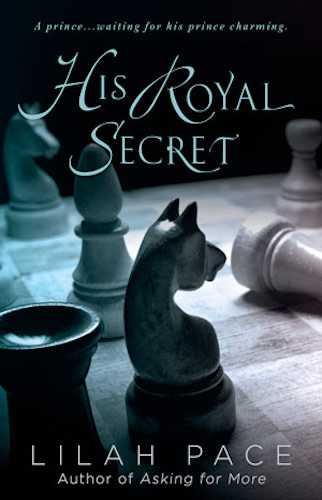 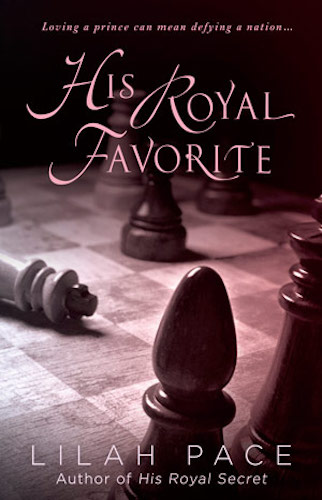