Nicholas Arthur Frederick Edward Pembrook, Crowned Prince of Wessco, aka “His Royal Hotness”, is wickedly charming, devastatingly handsome, and unabashedly arrogant—hard not to be when people are constantly bowing down to you.

Then, one snowy night in Manhattan, the prince meets a dark haired beauty who doesn’t bow down. Instead, she throws a pie in his face.

Nicholas wants to find out if she tastes as good as her pie, and this heir apparent is used to getting what he wants.

Dating a prince isn’t what waitress Olivia Hammond ever imagined it would be.

There’s a disapproving queen, a wildly inappropriate spare heir, relentless paparazzi, and brutal public scrutiny. While they’ve traded in horse drawn carriages for Rolls Royces and haven’t chopped anyone’s head off lately—the royals are far from accepting of this commoner.

But to Olivia—Nicholas is worth it.

Nicholas grew up with the whole world watching, and now Marriage Watch is in full force. In the end, Nicholas has to decide who he is, but more importantly, who he wants to be: a King… or the man who gets to love Olivia forever.

There has always been something utterly irresistible about a prince falling madly in love with an ordinary girl, the hopeless romantic in me getting a kick out of the sheer fairytale-like fantasy of it, but when ‘Prince Charming’ is a dirty-talking, sex-obsessed bad boy with a roguish streak, you have my undivided attention. Emma Chase delights us with a heartwarming yet incredibly sexy modern fairytale, taking a well-known, irresistible scenario and giving it a charming contemporary twist that not only feeds our collective fascination with pomp and circumstance, but also shows true love transcending class or wealth. A delicious start to a new series, another fabulous book from this author.

While some men choose women because of their talent at keeping their legs open, I prefer the ones who are good at keeping their mouths shut. Discretion and an ironclad NDA keep most of the real stories out of the papers.

To the world at large, Prince Nicholas Pembrook is the respectable twenty-eight-year-old heir to the throne of Wessco—a small European monarchy ruled by his grandmother, Queen Lenora—but to those in his inner circle, he is known as the fun-loving, smooth-talking bachelor, and notorious womanizer. For years, Nicholas has successfully managed to keep his private affairs out of the tabloids and thus remain free to date or bed whomever he wishes, but as growing political discord in Wessco begins to put the monarchy itself at risk, Nicholas’ responsibility to continue the line of succession to the throne is called upon when the Queen gives him five months to announce his betrothal to a suitable wife-to-be.

“I wanted to give you thirty days. You can thank your grandfather for talking me out of it.”
She means the portrait of the wall behind her. My grandfather’s been dead for ten years.
“Maybe you should be less concerned with my personal life and more concerned with the press finding out about your habit of talking to paintings.”

To make the most of the freedom he has left before he is forced to embrace his obligations, the Prince of Pembrook comes to New York City, never expecting a late-night, spur-of-the-moment stroll around the city during a heavy snowstorm would change his life forever. From the moment Nicholas lays eyes on the pretty waitress at the coffee shop he accidentally walks into, he becomes determined to seduce her. But as his inebriated state robs him of all his usual charms, his unrelenting come-ons only end up scoring him an apple pie in the face, followed by a heck of a hangover the next day.

“I’m not sleeping with you for money.”
“Why not?”
“Because I’m not a prostitute.”
“Of course you’re not. But you’re young and beautiful, I’m handsome and rich. The more applicable question is why aren’t we f*cking already?

Olivia Hammond no longer believes in heroes. With no one she can depend on to take care of her and her family, or to lessen the burden of expectation weighing heavily on her young shoulders, keeping her family’s small, run-down coffee shop afloat has become Olivia’s whole purpose in life. She has pushed all her hopes and dreams aside in favour of keeping their doors open, but as her family’s finances rapidly decline, only a small miracle could save them from foreclosure. Yet when a handsome stranger walks into her coffee shop and propositions her brazenly, not even his shocking offer could persuade her to part ways with her dignity.

“Spend the night with me and I’ll pay you ten thousand dollars.”
“To do what?”
“The bed is empty and large. Let’s start there and see what happens.”

Used to always getting what he wants and unable to get the feisty waitress out of his mind, however, Nicholas pursues Olivia shamelessly, never hiding his intentions or his attraction to her, but the more she succumbs to his charismatic advances, the more he falls for the young woman whose simplicity and sincerity inspire him to question the life he was born into.

The true beauty of this story, to me, lies in the way the author weaves a slight kinship of circumstance between these characters, both having experienced great loss very early on in their lives, both tied down by responsibility that neither of them can escape, and both willing to sacrifice their own happiness for the greater good. Regardless of their very apparent differences in upbringing, they easily empathise with one another, they instinctively know what the other needs, and from that deep sense of understanding, we watch their love blossom against all that is stacked against them. But one summer is all they are allowed to have, and when the summer ends, so does every dream, every what-if they’ve secretly allowed themselves to entertain.

“We were only supposed to last the summer. We were doomed from the start.”

This modern-day Cinderella story of a handsome and rich prince falling in love with a girl of modest roots and changing her life forever allowed Ms Chase to do what she does best—to bring to life lovable and engaging characters that you cheer for from the get-go, and to leave us truly smitten by a story that manages to captivate the reader and, with minimal conflict within its pages, to remain exciting until the very end. And if you’re a fan of all things royal, you will most certainly get your ‘regal romance fix’ with this book, and perhaps even let your imagination flying as a fanciful story like this becomes easier and easier to believe in today’s day and age.

Even if this night is all there is, I won’t forget it; I’ll hold this memory close. Savor it, cherish it. It will make the hard times just a little easier, the lonely moments just a little less cold. … I’ll remember this feeling and I’ll smile. 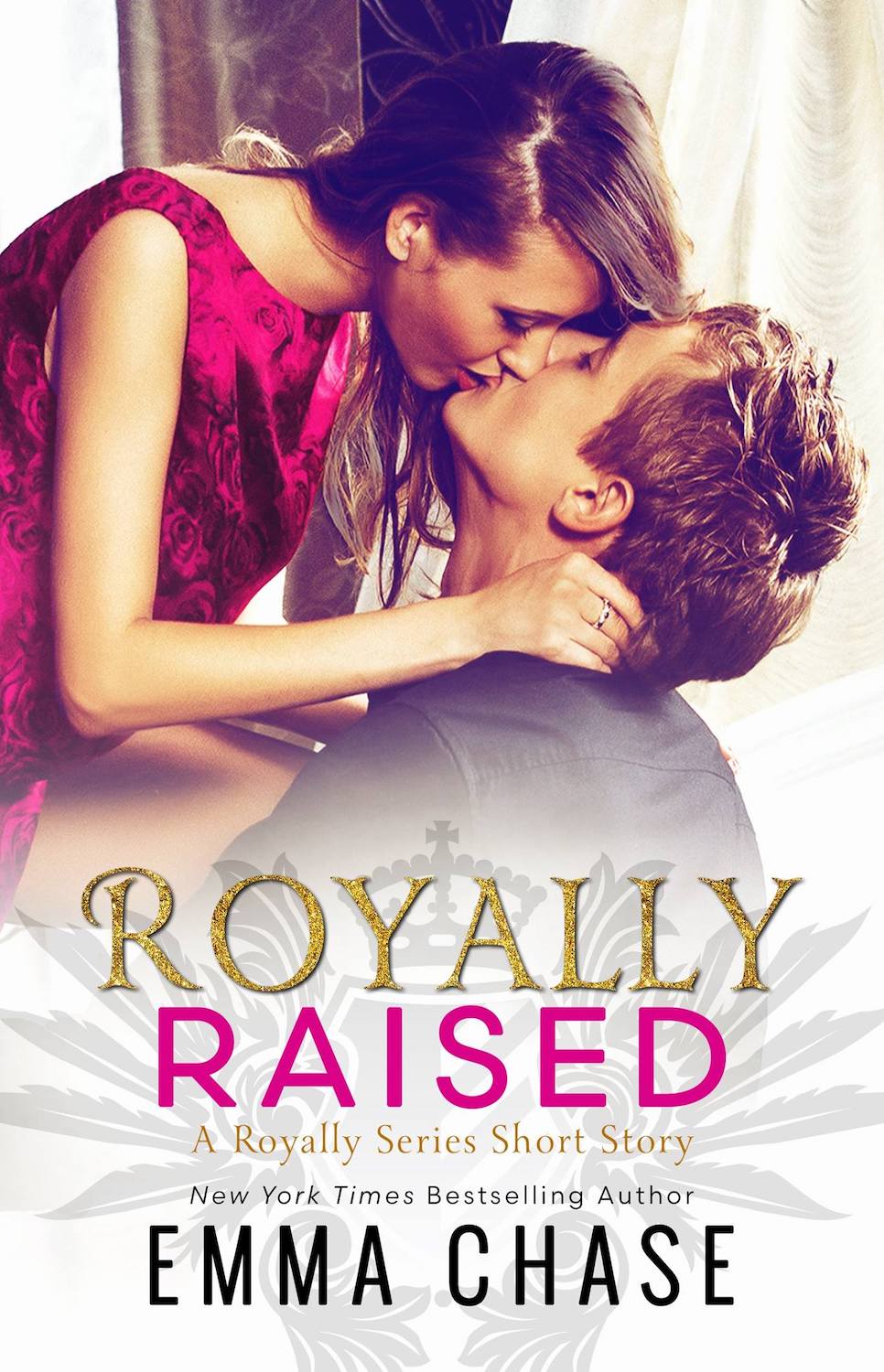 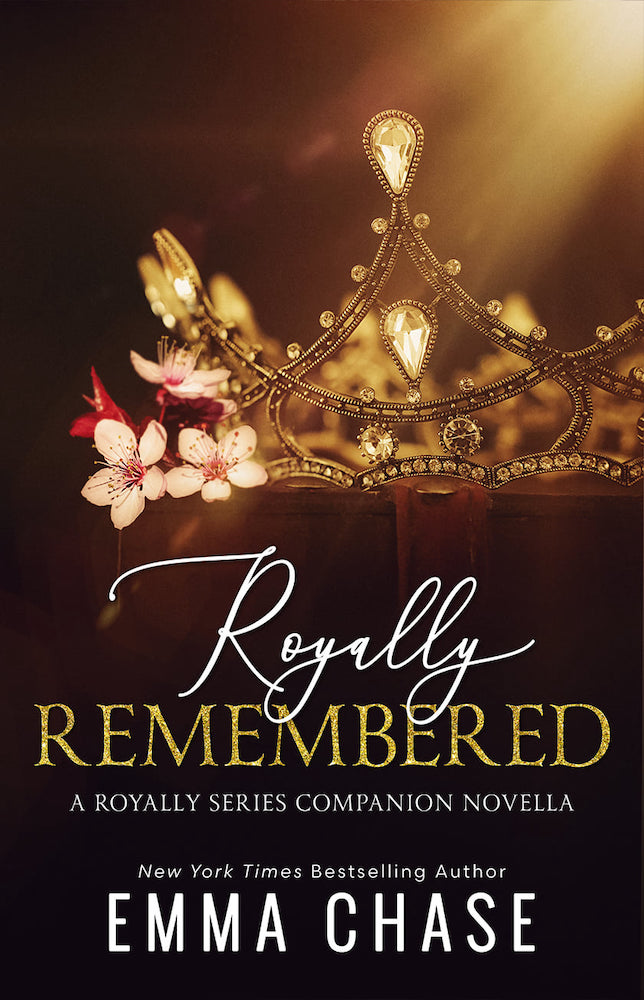