Things a bad neighbor can do to you:

1. Have loud parties late at night

2. Refuse to mow his lawn

4. Rip your heart out and walk all over it

Katya Tocci is willing to admit that she may have bitten off more than she could chew.

Liam Edenhoff showed her a side of life she’d been missing out on – sex and friendship and tacos. But then he betrayed her.

Wulfric Stone taught her that big surprises can come from unexpected places – like from a surly, aggressive, withdrawn bastard. But then he broke her heart.

Now one of them wants forgiveness, and the other wants forever. And Katya? She just wants to forget.

Who knew neighbors could be so difficult?

After delivering that unexpected plot twist at the end of Neighbors, and then leaving us champing at the bit for the sequel, I have to say that Stylo Fantôme’s name was missing from my Christmas list for a little while there. But I always knew I could count on this remarkable author to make any wait forgettable and ultimately, more than worthwhile. The perfect continuation to a story that was intoxicating and thought-provoking from the very beginning, in this book, the author takes us on a titillating journey of self-empowerment and self-discovery, a journey that stems out of heartbreak and anger, but then serves to redefine the heroine’s perception of herself and the woman she wishes to be. Every aspect of this story was unexpected to me, yet exactly as I hoped it would be, and cover to cover, true to Stylo Fantôme’s brand of mind-bending storytelling.

“They stole something from me. I’m just trying to get it back.”

After discovering she had been a puppet in a game she was not even aware of playing, Katya Tocci is desperate to regain control over her own love life. But instead of allowing herself to process her heartbreak, she throws herself back into the dating scene with a determination bordering on frenzy. She wants to prove to herself that she could be just like the two men who betrayed her trust, but the longer she plays the part of someone she is not, the emptier and lonelier she feels. Because regardless of what she likes to make herself believe, Katya hasn’t stopped missing the two men who broke her heart.

Unfortunately, new-Katya had gone into hibernation. Or died. In her place was a girl who looked the part—bold lipstick and heavy eyeliner, short dresses and plunging necklines—but could barely even break a smile.

We also find Liam and Wulfric deeply affected by Katya’s shunning of them from her life, both men regretful of their own actions, but equally determined to do whatever it takes to get her to forgive them and win her trust again. And this time around, they are both set on winning the ultimate prize—Katya’s heart.

“I can’t be won back by intimidation and stalking. I can’t be won back, period.”
“See, there’s one problem with that statement.”
“What problem?”
“I don’t have to ‘win you back’.”
“Excuse me?”
“Because I don’t think I ever lost you.”

However, where we might have hoped to see an empowered Katya—a stronger, more confident ‘Katya 2.0’ of sorts—in her stead we find a young woman whose heartbreak and anger drive her to act impulsively time and time again, often without considering the consequences of her own actions, and whose false bravado only masks her true feelings. She is so blinded by her own pain and humiliation that she at times forgets who she is, and allows herself to be carried away by her zealous desire to teach those who hurt her a lesson. But Katya was not raised to become a malicious young woman, and no amount of resentment or pain can truly turn her into one. For every act of retribution she inflicts on Liam and Wulf, she only finds herself even more unsure of her own feelings towards them, and drowning in guilt and shame.

“What are you getting out of all this?”
“Closure?”
“Hard to get closure when you’re the one prolonging it all.”

As Liam and Wulf slowly break down her defences by reminding her of all the reasons they connected so deeply in the first place, Katya’s readiness to let one of them back into her life while refusing to forgive the other is the ultimate ‘tell’ of how differently her heart was affected by their betrayal, and who would own it in the end.

I’ll be honest, the heroine is a ‘hot mess’ for most of this book, her behaviour erratic and contradictory at times, even childish on more than one occasion, but given her emotional inexperience and relatively sheltered upbringing, I felt that her actions fit her character quite perfectly. Because Katya’s actions are not born out of viciousness—she is merely reacting to her own heartbreak, and overcoming it the only way she knows how. I couldn’t disconnect from her as a character even during her most self-indulgent moments because her self-awareness is compelling, and I kept reminding myself that a broken heart is blind.

I want him to love me the way he made me love him.

Stylo Fantôme’s astonishing insight into human nature and deft control of her characters create a narrative that is always bold, provocative, startling, and thoughtful, and this story is a perfect example of that. This is one of those intricate tales that is entirely character-driven, designed to keep us invested in every single player, but feeling confident of the outcome until the very end. I cannot recommend this terrific duet highly enough, and already cannot wait to see where the series might take us.

He would chase and he would push and he would press his attentions. He would jump through hoops and throw her off her guard and sweep her off her feet. And he knew—had to believe—that in the end, she would find her way back to him. She had to, she'd made promises, after all. He would hold her to them. 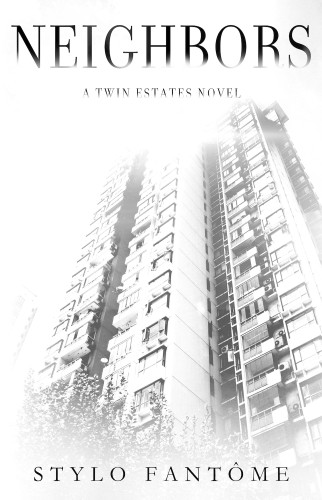 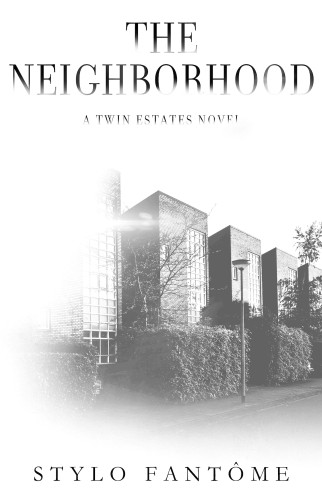 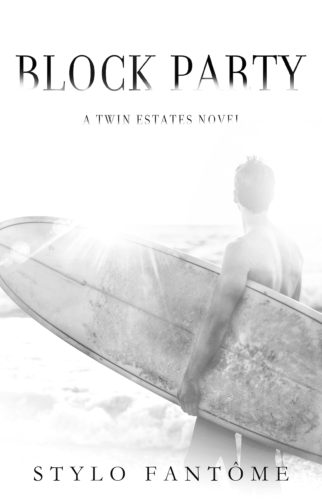 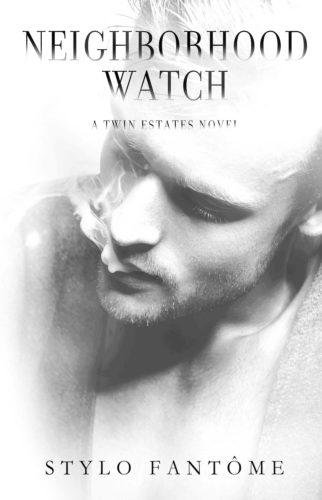