Hartwell, Delaware—the perfect place to get away from it all, and find what you never knew you needed…

Bailey Hartwell has many reasons to feel content—her successful business, a close circle of friends, and her steady boyfriend…even if their romance feels staid after ten years without a serious commitment. The only challenge in her life comes in the form of sexy businessman Vaughn Tremaine. She thinks the ex-New Yorker acts superior and that he considers her a small-town nobody. But when Bailey’s blindsided by a betrayal, she’s shocked to discover Vaughn is actually a decent guy.

Vaughn admires Bailey’s free spirit, independence, and loyalty. As his passion for her has grown, his antagonism toward her has only worsened. Every little thing Bailey does seduces him. But when Vaughn’s painful emotional past makes him walk away in fear he will hurt her, it opens an old wound in Bailey, and she uncharacteristically retreats.

Once Vaughn begins to realize he’s made the biggest mistake of his life, he has no choice but to fight like he’s never fought before to convince Bailey that the love they’ve found together only comes around once in a lifetime.

“My dirty little princess. Who knew?”

Reading a new Samantha Young novel always leaves me happily perched on cloud nine, the sheer joy from living in one of her stories filling me for days on end, but with this book, she blew me away. Set against the romantic backdrop of the picturesque little seaside town of Hartwell, Delaware and its colourful residents, this is the story of two people from wildly different backgrounds, who have always fought their mutual attraction by pretending to despise one another, until their little farce suddenly comes to an end. As always, Ms. Young delivers a character-driven storyline that is gripping from the get-go, injecting a beloved enemies-to-lovers trope with intense angst and eroticism. I was struck on several occasions by how much I connected with these characters, by how desperately I wanted them to find their happy ending with one another, and by how meticulously woven together this story felt to me from the start. A splendid addition to a great series, this is a story that I cannot recommend highly enough.

“No wonder you’re single. You’re cold through and through. You haven’t got anything real to offer a woman. Nothing but money. And sooner or later they’ll realize not even money is worth a lifetime of nothing.”
“I’m single because I want to be, Miss Hartwell. Unlike you I’m strong enough to be alone rather than settle for mediocre. But then like attracts like, doesn’t it.”

Bailey Hartwell and Vaughn Tremaine have been self-proclaimed nemeses from the moment the wealthy Manhattan hotelier decided to make Hartwell his new home. As a descendant of the town’s founding family and part-owner of one of Hartwell’s oldest inns, Bailey has always loved her quiet life there, her easy-going, outspoken personality making her the town’s sweetheart. But whenever a certain pompous hotelier gets anywhere near her, making her feel like an uneducated townie to his cosmopolitan self, the friendly Princess of Hart’s Boardwalk turns into someone she barely recognizes.

After finding her boyfriend of ten years in bed with another woman, and then coming to the realisation that she’d wasted a decade on a man she always knew wasn’t right for her, Bailey finds herself, at thirty-four years of age, newly single and facing an uncertain horizon in front of her. Her beloved inn, the boardwalk it stands on, and the people connected to it, however, remain a constant source of comfort to her, even while her future seems to be crumbling before her eyes.

When her livelihood is suddenly put at jeopardy too, the one who comes to her rescue is the very man she’s spent the past three years loving to hate. And it only takes one wild night in each other’s arms to change everything they believed to be true about one another.

“I want you to lay me down on that bed and take what you want. You want to, right? I bet you’ve thought about it. Fucking the hostile Princess of the Boardwalk into submission.”
“You have no idea.”

But while Bailey immediately recognizes in him the man she’d been waiting for her whole life—a man who’d let her be in control over her life, but who would take charge in the bedroom—she soon learns that her ‘soul mate’ had sworn off relationships entirely some time ago, and not even knowing he might have found his perfect woman in her could sway him to change his mind. The more she pushes him to admit his feelings for her, the more he pushes her away, eventually convincing her that all he ever wanted from her was a hot night between the sheets.

However, Vaughn had never met a woman like Bailey before—strong, fierce, loyal to the bone, and someone who always wears her heart on her sleeve—and as hard as he fights it, he is unable to stop his heart from loving her, or from wanting to make her happy. But a woman’s heart can only deal with so much rejection before it closes itself off completely, and convincing Bailey’s heart to trust him again might prove to be the hardest obstacle of them all.

“I’ll give you anything, Bailey Hartwell, anything you want.”

I loved the constant ‘push-pull’ dynamic between the characters throughout the story, those moments between them culminating in some of the angstiest and most intense scenes in the book, and made even more compelling when viewed through the lens of the heroine’s 30-something horror of her biological clock ticking away. I have been intrigued by these characters from the moments we met them in The One Real Thing, drawn to the palpable sexual tension dripping from their every vitriolic word to one another, and their story not only did not disappoint—it rocked my world.

“I never dreamed it could be like this between us.” 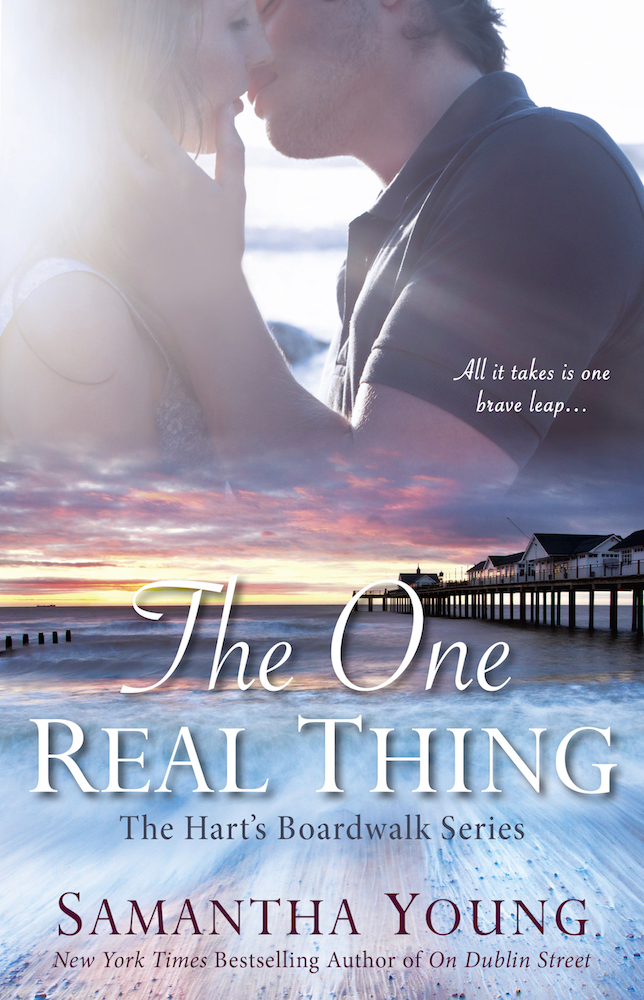 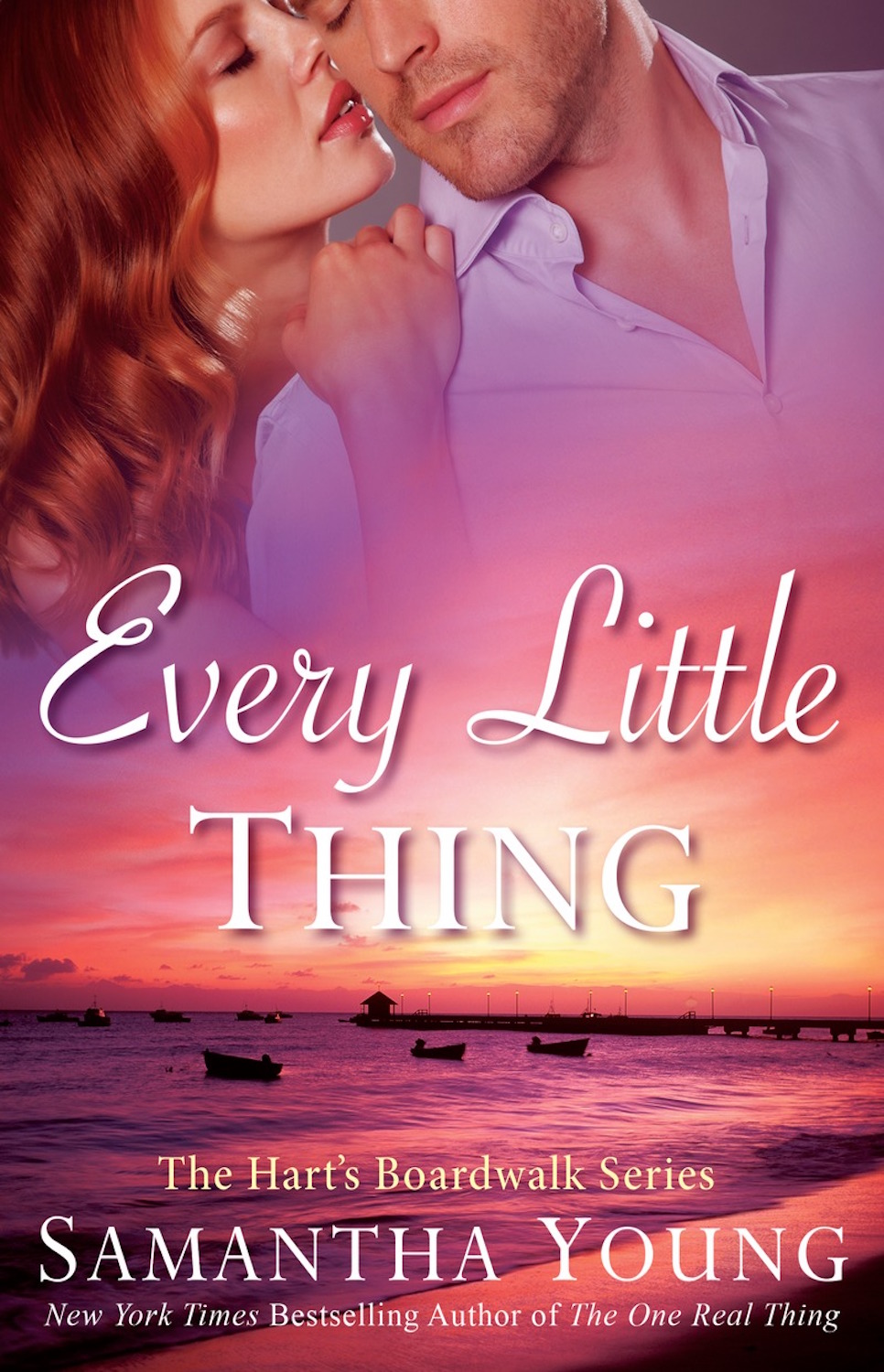 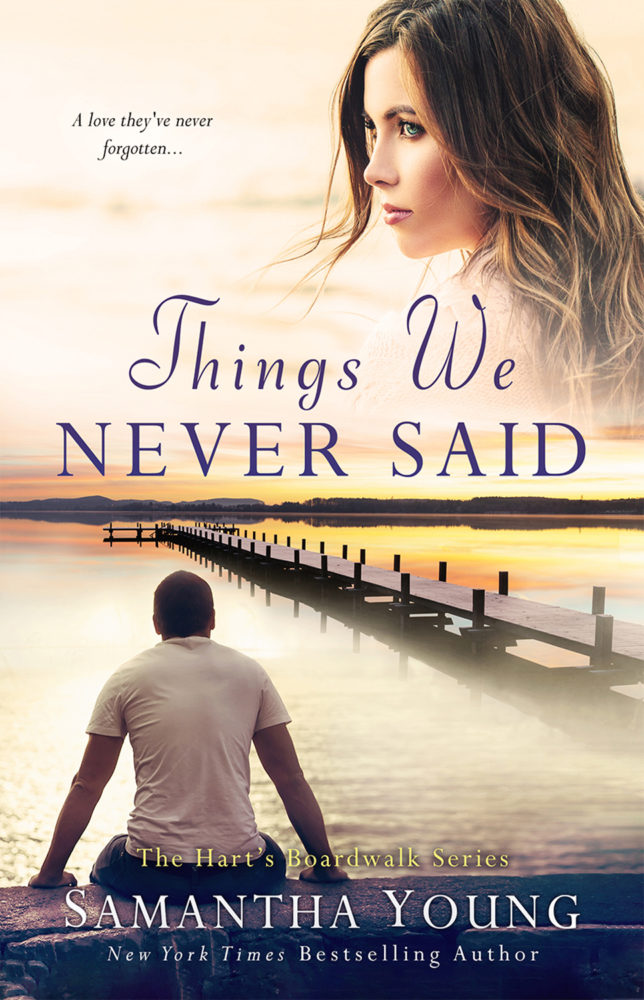 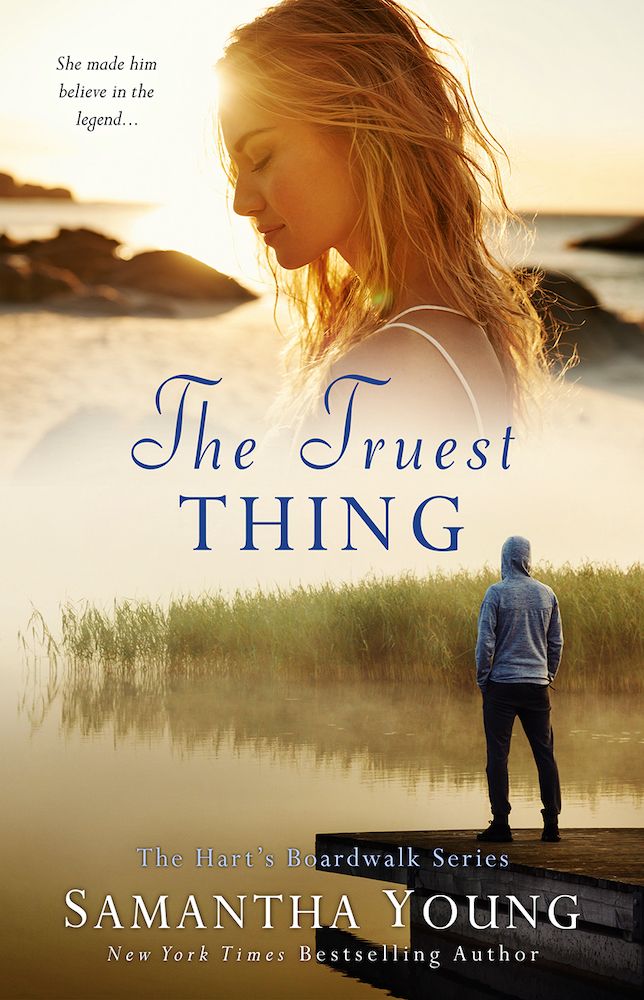 Have you heard anything about a book three? Great review!!

Nothing just yet. We do know that book #2 is Jack’s story though.

Just started reading this book and stopped to read your review before I went any further. You always manage to tell and tease me just enough to peak my interest :) Fab review!