When he left for a twelve-month deployment, she knew it would feel like forever before they saw each other again. She didn’t realize how right she was.

When Lance Corporal Brecken Connolly gets taken as a POW, Camryn hopes for the best but steels herself for the worst. In the end, steel was what she needed to survive when he didn’t. She moves on the only way she knows how—gilding herself in more steel.

She builds a new life.

She leaves the old one behind.

Until one day, she sees the face of a ghost on the news. Brecken seems to have risen from the dead, but she knows she can’t perform the same miracle for herself. While Brecken was held in a torture camp for the past five years, she’s been trapped in her own kind of prison. One she can’t be freed from.

The man she mourned comes back to join the living, but the girl he wanted to spend his life with isn’t the same woman he comes back for. Brecken isn’t the same person either. The past five years have changed them both. While he’s determined to put the pieces back together, she’s resolved to let hers rot where they shattered.

Broken or not, Brecken wants her back. He’ll do anything to achieve that. Even if it means going against the warden of Camryn’s personal prison—her husband.

A very emotional second chance romance is coming from Nicole Williams about a return soldier and the woman who thought he had died…until one day she sees his face on the news. Feast your eyes on the cover of Tortured… 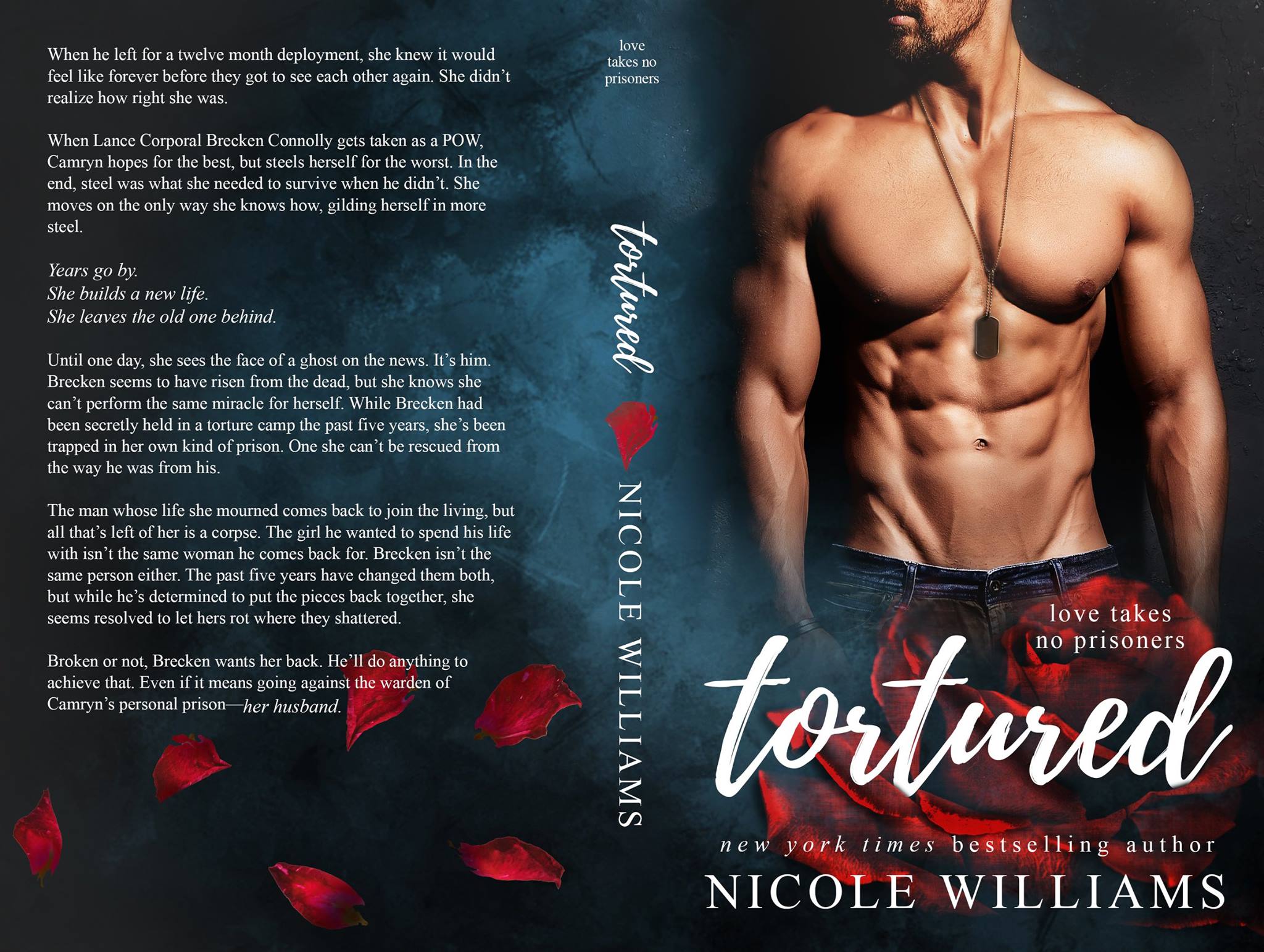 COVER REVEAL: The Beautiful Game by A. Meredith Walters BOOK REVIEW & EXCERPT: The Opposite of You by Rachel Higginson

Holy crap. That blurb is crazy. I can only imagine the emotional rollercoaster this story is going to be.