It seemed like a good idea at the time. Look up Landon Roderick, that boy from childhood whom I’d never been able to forget—even though he so easily forgot about me—and call him.

Then again, anything sounds like a good idea when you’ve had a little too much wine before bed, right? It was supposed to be just a quick, meaningless, prank call. Instead, I went off on him—unloading thirteen years of pent-up emotions.

I didn’t think he’d call me back.

I certainly could never have anticipated the weeks of sexually tense phone conversations that followed as I got to know the man he’d become.

Turned out, Landon had never really forgotten me, either. That special connection we had was still there. I opened up to him, but there were also things about me he didn’t know. And he had his own secrets.

Over the countless hours we talked on the phone, I wondered what would happen if we actually saw each other. One night, I did something impulsive again. Only this time, I went to the airport and booked a ticket to California. We were about to find out if one phone call could bring two lost souls together or if my drunk dial really was all just a big mistake.

From the author of Stepbrother Dearest, Mack Daddy, and RoomHate, comes a sexy, new standalone novel, and I’ve got the gorgeous cover for you! 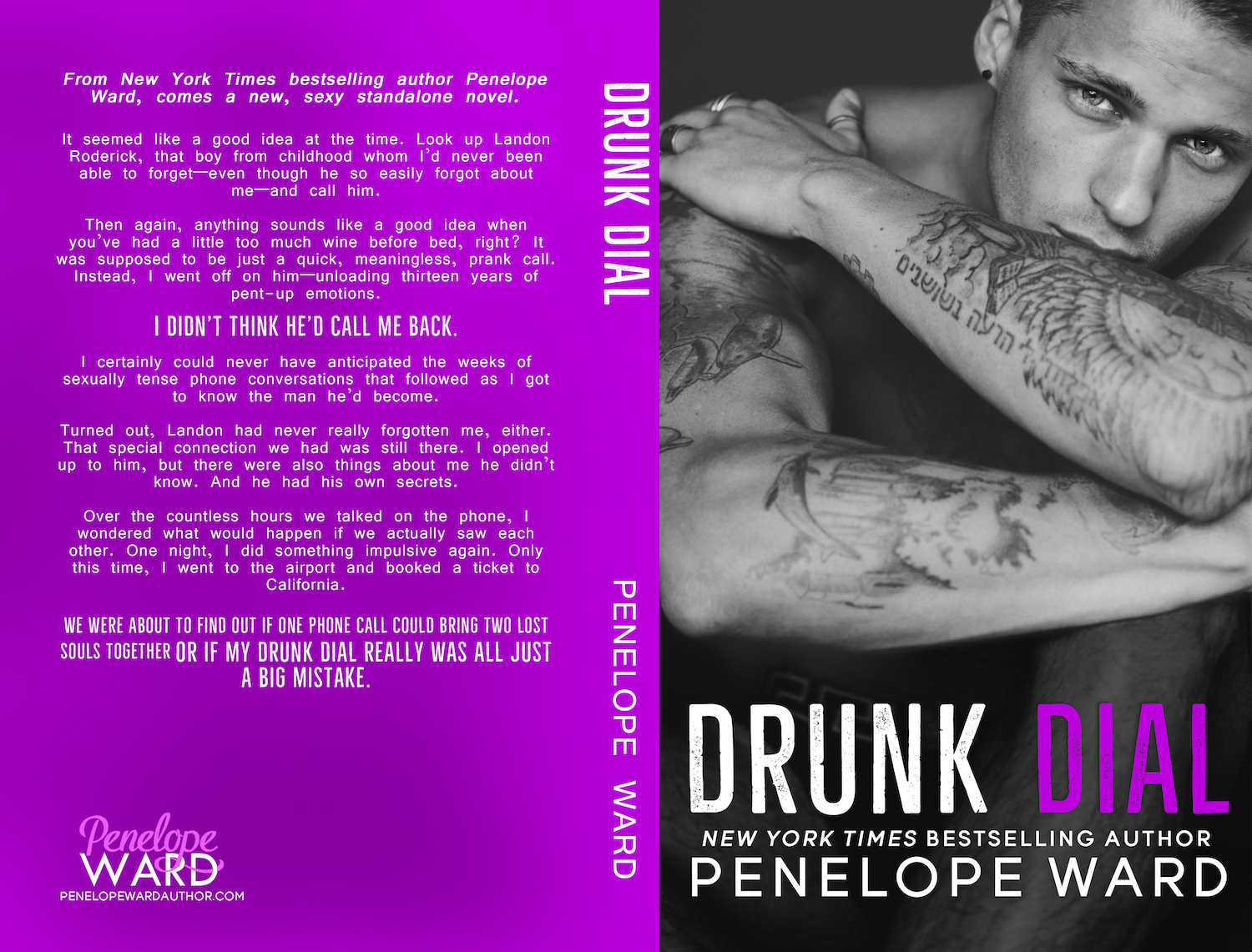