Her lips, the way she feels, how she moves against me. Her voice when she laughs, her eyes when she cries. Her soul connected to mine, for better or for worse, for all eternity.

A blank face. Unrecognizable. The darkness and impenetrable fog, day after day after day. Who am I? And for that matter, who is she?

Two sides to the same coin – one wants to remember, and the other wants to stay forgotten. Which side will win? Can he trust his heart to bring him back to her? Or will she stay lost in the fog forever?

Stylo Fantôme returns with a mind-blowing second chance romance that will shatter you in the best possible way. A man wakes up in hospital with no recollection of his life or who he used to be, but as his heart and mind struggle with all he’s forgotten, his soul slowly remembers to whom it belongs. This timeless tale of true love made me cry like a baby, and I think it might be one of the most moving romances I’ve ever read, so I’m truly honoured to bring you the cover and a little sneak peek.

“I can’t believe I used to be this guy,” Jon mumbled, gently touching the computer screen.

It was a photo of him and her, outside of some nightclub. Delaney looked great in a cute outfit, with her hair up in a bun on top of her head. The guy with her, though, looked completely untrustworthy. He wore a long olive green jacket with a black knit sweater underneath, some jeans with holes in them, and a large pair of boots. He’d just gotten his hair dreaded, and he stared dead eyed into the camera, not even a hint of a smile.

They weren’t all like that, though. There were lots of him and her smiling together. Laughing. At parties, at stores, at restaurants. Everywhere. Together, all the time.

He was almost through all the pictures when he realized he hadn’t seen any with them kissing. Lots with their arms around each other, but nothing truly intimate. That just couldn’t be possible, every couple had at least one photo of themselves kissing.

After a little bit of digging, he found a subfolder labeled “Private” – jackpot. He shifted to the center of the sofa and balanced the laptop on his knees, then opened the subfolder and clicked on the first picture.

They were standing next to the entrance to a subway stop. He had Delaney’s face in his hands and he was kissing her. Even through the pixels, he could feel the passion. Her mouth was parted, her bottom lipped trapped between his. It sent a shiver down his back and caused his stomach to sink, but he kept looking.

There were so many. Most of the selfie variety, but there were a bunch obviously taken by friends and then sent to him. Him and Delaney, kissing in restaurants, bars, taxiis, trains. Everywhere. Anywhere. Holding each other, touching each other. There was one of her straddling his lap while they were in a booth at some bar. She was standing on her knees and he had his hands up the back of her shirt, and they were staring at each other so intensely, it took his breath away a little.

But if he thought that was intense, the next batch were even more so. Taken in a dark room, the flash had lit them up like beacons and drowned the edges of the pictures in blackness. It almost felt like he was looking at photographs of dreams.

They were in a bed, flat on the floor, if he wasn’t mistaken. All at awkward angles, yet still beautiful in odd ways. He’d been the one taking the pictures – Delaney’s mouth was in the top of one shot, her bright red bottom lip trapped between her teeth. Her arms were raised, disappearing out of the frame. She’d been wearing some sort of tight gold knit sweater, no bra, and a pair of black underwear. She was again straddling his lap, and his free hand was under her shirt, cupping her breast.

He stared down at his right hand, at his palm. Could feel it tingle. Could swear he remembered the softness of her skin.

In the next shot she was bending over and his hand was on her ass, and the next she had switched positions entirely. She was between his legs, her back against his chest. His arm was snaking down the front of her body, his hand inside those black panties. The tingling sensation on his palm grew.

His favorite picture, though, was surprisingly tame in comparison.

They were in a men’s bathroom somewhere – it was very clear they’d had no shame whenever they’d been together. Delaney was holding up her phone, taking a picture of their reflection in a full length mirror.

She was against a wall, arching her body away from it and pressing herself to him. He was leaning over her, such a tall imposing presence compared to her tiny one. He had a hand in the hair at the base of her skull, and he was pulling. Quite hard by the looks of it. His other hand was on her hip, holding her pelvis flush with his. Her mouth was open in a gasp and he had her bottom lip trapped between his teeth, pulling it slightly away from her.

No nudity. No sex. Yet still. It was like that picture held in it everything he’d been missing for the past five months. Everything he’d forgotten. Sensuality, aggression, pleasure, passion, dirty, raw, naughty, nasty, love.

I loved this woman.

Jon’s pulse was pounding in his ears. The pictures weren’t bringing anything back, not in any literal sense. He didn’t know where that shot had been taken, couldn’t remember where that bathroom was, and had no idea why they’d been in there.

But something was happening. 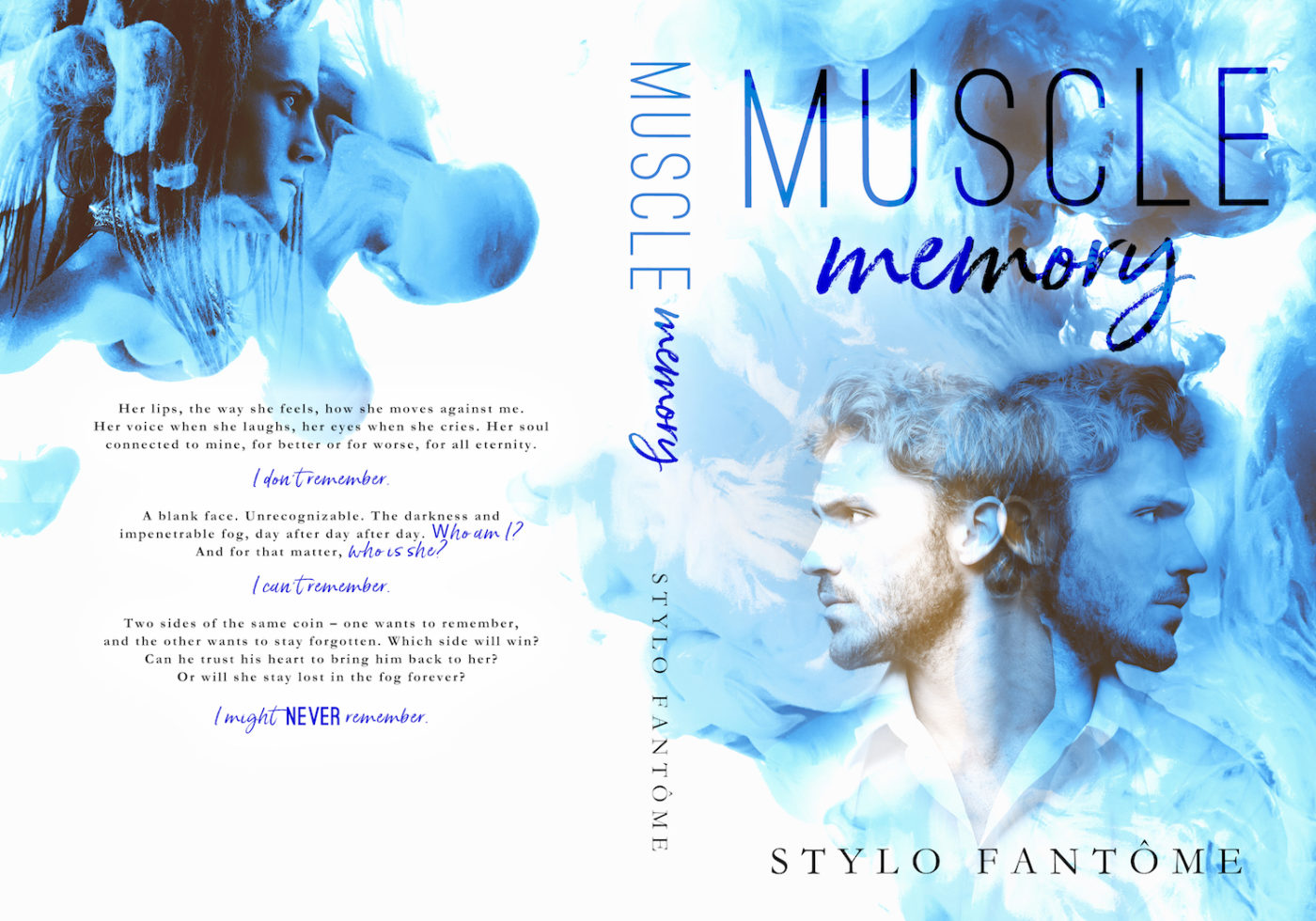 whoa, this is intense.
definately getting this !!