The marriage is fake. But for a sassy chef and an arrogant billionaire, the sparks are real…

Jackson “The Beast” Boudreaux is rich, gorgeous, and unbelievably rude to the staff at Chef Bianca Hardwick’s New Orleans restaurant. Bianca would sooner douse herself in hot sauce than cook for Jackson again, but when he asks her to cater his fund-raiser, Bianca can’t refuse, knowing the cash will help pay her mother’s medical bills. Then Jackson makes another outrageous request: Marry me. The unconventional offer includes an enormous sum—money Bianca desperately needs, even if it does come with a contract—and a stunning ring.

The heir to a family bourbon dynasty, Jackson knows the rumors swirling around him. The truth is even darker. Still, he needs a wife to secure his inheritance, and free-spirited, sassy Bianca would play the part beautifully. Soon, though, their simple business deal evolves into an emotional intimacy he’s built walls to avoid.

As the passion heats up between them, Bianca and Jackson struggle to define which feelings are real and which are for show. Is falling for your fake fiancé the best happy ending…or a recipe for disaster?

BOOK REVIEW: Burn for You

“I think sometimes it’s easier for a man to be the worst version of himself than to let the world keep breaking his heart.”

It took only one book for me to become a fan for life of J.T. Geissinger’s writing—her characters leaping from the pages with wonderfully engaging dialogues, and sizzling sexual chemistry that leaves you feeling breathless—but it is her remarkable knack for igniting every single cell in my body and breaking my heart in the same sentence that makes me want to never miss a single word of hers. In this modern retelling of Beauty and The Beast, the author brings a timeless and well-loved fairy tale to life with the rich setting of New Orleans as its backdrop, and its culinary delights as its romantic ambiance. This is the kind of book you read in one sitting and then wish you could immediately read all over again, because every single page makes your heart happy and greedy for more.

“You have until your birthday to get your ass back to Kentucky and take over as Master Distiller, or get married. To a decent girl, mind you. I’m not welcomin’ a hoochie mama into this family!”

As only heir to an international bourbon dynasty, Jackson Boudreaux has always been surrounded by people who were only interested in him for his money, making him distrustful of everyone in his social circle—women in particular. Life has taught him to always expect the worst in people and to never trust their true intentions, his ill-tempered, curt manner earning him the nickname “The Beast.” So when his dinner is suddenly comped at one of the hottest new restaurants in the French Quarter, his first instinct is to question the gesture and to be openly hostile to its beautiful chef and owner, regardless of how desirable he finds every single thing about her to be.

“In my defense, I’d had a terrible day when we first met. I might have been a little more blunt than usual.”
I laughed. “Blunt? Try tactless! Try rude! And by the way, other people have bad days all the time and don’t turn into high-and-mighty mood monsters and start insulting everyone in sight. It’s called common courtesy.”
He didn’t move. He didn’t so much as bat a lash. He simply said, “If you were mine, I’d take you over my knee for that little speech.”

With cooking and perseverance in her blood, Bianca Hardwick has worked hard to make a name for herself in a city known for its iconic cuisine, turning her new little restaurant into a culinary hot spot with a waiting list a mile long. So when one of New Orleans’ richest men walks into her restaurant, first demanding a table, and then later her hand in marriage, Bianca wastes no time in making him acquainted with every shade of her feisty personality. But when his unconventional offer suddenly becomes her only lifeline, she is forced to re-evaluate her priorities in life and accept a proposal she wouldn’t normally even consider.

“I don’t care who you are, Mr. Boudreaux, or how much bad press you can bring me, or how many overpaid attorneys you have. Your manners are atrocious. Growl at me again and I will throw you out.”

Forced to choose between returning to a world of privilege he no longer wants anything to do with, or getting married, Jackson sees marriage as the lesser of the two evils, even if his bride-to-be happens to dislike him at first sight. But regardless of how much he wishes to keep a strictly business transaction perspective on his impending nuptials, everything about Bianca calls to him—her body, her heart, her fiery personality—quickly making him realise that he is not only about to marry the woman of his dreams, but also the last woman on earth who could ever love a man like him.

Bianca Hardwick, however, can see right through Jackson’s hard-as-nails exterior and the more cracks in it she finds, the more she falls for his heart. As their arrangement moves forward, a tender romance begins to blossom between them, catching them both by surprise with both its passion and its genuine depth of emotion. But when life suddenly throws them a devastating curveball that puts their entire contract into question, they must decide whether they signed only their names on the dotted line or their hearts, too.

Who was the real Jackson Boudreaux? The Beast that snarled and snapped? The suave sophisticate at ease in front of crowds? Or the sad, lonely man with a mysterious tattoo and eyes full of bad memories?

J.T. Geissinger dazzles the reader with her flawless characterisations and settings that are so real, they become memories of places you’ve visited, not stories you’ve read. This splendidly written, sexy, feel-good romance compelled me to highlight entire pages at a time because I wanted to be able to re-read them over and over again, and every time I think of this story, I find myself smiling like a fool. A delightful must-read.

“Love isn’t butterflies, boo. It isn’t weak knees. It’s a pride of lions. It’s a pack of wolves. It’s ‘I’ve got your back even if it costs me my own life,’ because unlike romance that fizzles at the first sign of trouble, love will fight to the death.”

Before you judge me, let me just say in my defense that my brain wasn’t firing on all cylinders on account of the sexual tension between Jackson and me in the kitchen, fright over how erratically he’d been driving, making him laugh (a beautiful, unexpected sound), having his big, warm hand settle on my shoulder in a gentle yet distinctly possessive grip, and seeing Trace standing on my front porch in the middle of the night.

So yes. I kissed Jackson.

That wasn’t the bad part. His lips were soft, his face was smooth, and he smelled even better up close. The bad part was that he didn’t kiss me back.

When it became clear after several long moments that he wasn’t opening his mouth, and had in fact frozen stiff as a corpse left out in the snow, I withdrew a few inches and sheepishly looked at him.

He said, “Did you just kiss me to try to make him jealous?”

We stared at each other. I felt like every one of my nerve endings had been dipped in lighter fluid and set on fire.

He lifted his hand and slowly brushed his thumb over my lower lip. His voice an octave lower, he said, “You caught me off guard. Let’s try it again. And this time put your hand on my chest so it looks more authentic.”

But then I shut up because Jackson took my mouth and I couldn’t think, let alone speak.

He tasted like bourbon and secrets and frustrated desire and kissed like he was starving. It started out slow, his tongue gently parting my lips, his big hands cradling my head, but quickly turned hot and greedy. When I curled my hand into his hair and pulled him closer, he made a low, masculine sound deep in his throat that might have been the sexiest noise I’d heard in my entire life.

After what felt like forever, he pulled away first. We were both breathing hard.

I opened my eyes and looked at him and became concerned that my panties might spontaneously combust from the look he was giving me.

He whispered, “God, I hope you have a lot of exes you want to make jealous.”
Intensely aroused and equally shocked by my behavior— I don’t have a habit of randomly attack-kissing men— I sat back and smoothed my hands over my hair. I said, “Only the one, unfortunately.”

He jumped on that faster than a hot knife goes through butter. “Unfortunately?” 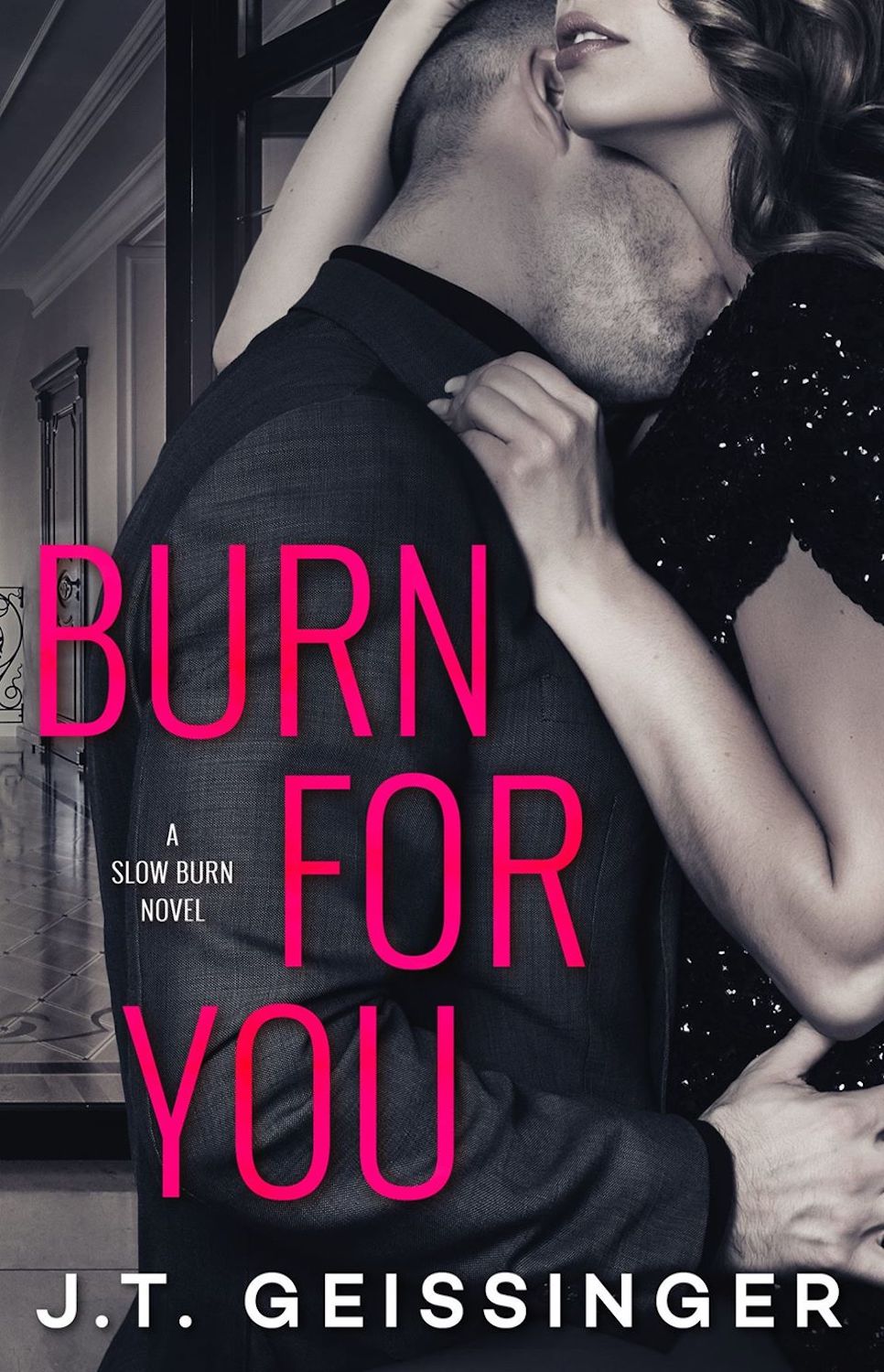 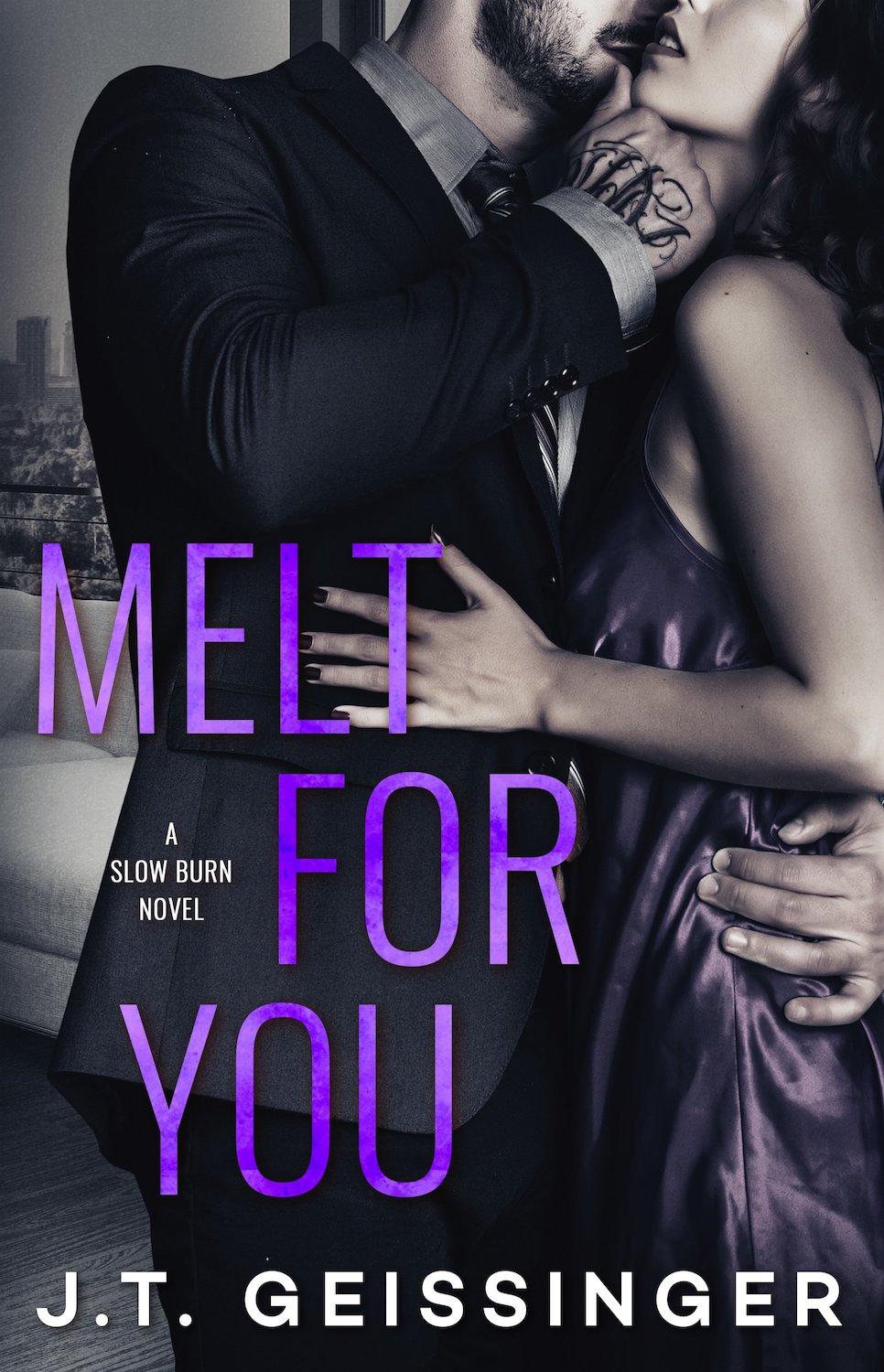 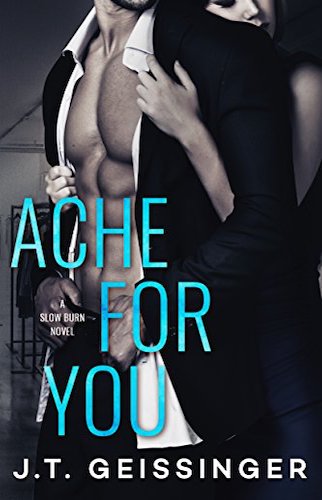 Love your review! This one sounds like an amazing story.

Is this a series or a stand-alone?

A new series of standalones, but each book is a complete story. This being the first one in the series, it is entirely a standalone at this point.