Fifteen years ago I met Sayer Wesley. I fell in love with him. I promised I would never leave him. I swore nothing could break us apart.

Five years ago I broke my promise. I ran away. I took the one secret that could destroy us both and disappeared.

Five days ago I thought I saw him.

I knew it was impossible. Sayer was locked away, serving a deserved sentence in federal prison. He couldn’t find me.

He wouldn’t find me. I was too good at hiding. Too good at surviving.

Because if Sayer ever found me, there would be hell to pay for a plethora of sins. The worst of which, he didn’t even know about.

Five hours ago, I told myself I was crazy.

Five minutes ago, I saw him again.

Five seconds ago, I was too late.

From the author of two of my fave books of 2017—The Opposite of You and The Difference Between Us—comes a brand new romantic suspense duet, and I am so honoured to share with you a never-seen-before excerpt from the first book in this exciting new series, Constant, releasing on 16 Nov 2017. And the wait for the next book is not long at all because the conclusion to Sayer and Caroline’s story, Consequence, is scheduled for 27 February 2018.

The door to the office jingled, throwing Maggie’s words right back in her face. Sayer stood in the doorway, bringing the chilly October afternoon with him. Thunderclouds rolled overhead and lightning streaked across the sky. Unlike Jesse that walked into this office framed in golden light like an angelic halo, Sayer walked into this place with fire and brimstone on his heels.

For a heavy, pressurized minute, all I could do was stare at this man that used to be my entire world. He was even more shocking to behold today. Friday night he had been all crisp lines and glossy revenge. Today he was casual in a long sleeved Henley and low-slung jeans. His bigger, better, prison-bulked arms were huge compared to the gangly things I remembered from our youth. His shoulders were broader. His jaw somehow more square, more unforgiving. And of all things… he was wearing glasses.

They should have been out of place on his face. He was the quintessential tough guy. He used to beat people up on a regular basis. He’d just gotten out of prison. The black-framed hipster glasses should have been one hundred percent ridiculous on that face. And yet… somehow they only added to his allure. They made him more mysterious. Even more different than the boy I ran away from five years ago. He was so terrifying my stomach flipped with nerves. And lust. Mostly nerves.  “What do you want?” The words were out of my mouth before I could temper them.

Maggie cut a glare in my direction. “W-welcome to Maggie’s on the Mountain,” she stuttered. See? Even Maggie of the Mountain was scared of this man. And she was the toughest broad I knew.

Sayer ignored her. “A room,” he told me, answering my question. His crystal clear blue gaze, only magnified behind those lenses, tore from mine to inspect the dated office. “Or a cabin, I guess. Whatever it is you rent out here.”

“We’re booked,” I answered quickly, lest Maggie get any ideas.

I couldn’t answer immediately. I was having trouble catching my breath. Why was he here? How had he found out where I worked? Had he decided today was the day I died? Had he finally got the kill order from the pakhan?

Maggie let out a groan of a sigh, not worried about the terrifying man on the other side of the counter at all. “We are unfortunately. Three of our cabins are out of commission after the weekend. The situation has left us in somewhat of a bind. We’re scrambling to find cabins for everyone through the week.”

Sayer seemed totally undeterred by our answer. “What’s wrong with them?”

Maggie looked back and forth between us. “Do you two know each other?”

I said, “No,” at the same time Sayer said, “Yes.” Which totally blew my cover.

It was hard to admit but I had managed to play it smoother at the gallery. Tucking my hands into my pockets, lest I truly give myself away by smacking my palm to my forehead, I tried to recover while Sayer stood smugly across the desk, waiting for me to dig my own grave. “We used to,” I said. “It’s been… a long time.”

“Mr. Smith, would like to rent a cabin from Caroline—the friend you haven’t seen in a while?”

One side of Sayer’s mouth kicked up into a smile and my heart squeezed as if two invisible fists were around it. Why was looking at him so difficult? Why did this hurt so much? Why wasn’t I more afraid?

I should be more afraid.

I should probably be begging for my life or something.

But I couldn’t bring myself to do it. Sayer wasn’t a killer, at least not the Sayer I knew. And if he was going to book a room, that meant he probably wasn’t going to throw a black hood over my head, toss me in the trunk of a car and drive me back to DC.

At least not yet.

My fear temporarily receded, making plenty of room for my raw frustration. “Mr. Smith showed up to be a pain in the ass, Maggie. He doesn’t really want a room.”

Sayer stepped up to the counter, pulling out his wallet. “Mr. Smith would like a room. Mr. Smith even needs a room.” His gaze found mine again, all sincerity and openness. All lies. “Gus and I will kill each other if we go one more day in the same hotel room. As fun as it’s been living out of a suitcase, I need my own space until I can find something permanent.”

The word was a gut punch.

I sucked in a sharp, silent breath and reinforced my nerves with steel. If it was a game of wills he wanted, well, I didn’t need five years in federal prison to build the muscles to play. I was born with them. “It’s like Maggie said, Mr. Smith, we don’t have anything available for you. But there are other resorts elsewhere on the mountain that would be happy to take your money.” I leaned forward on my elbows, flashing Sayer a confident smile. A smile that said, you can’t rattle me, hot shot. You can’t show up after five years, looking like this, sounding like sin, and wearing glasses for God’s sake and get into my head.

I’m tougher than that. 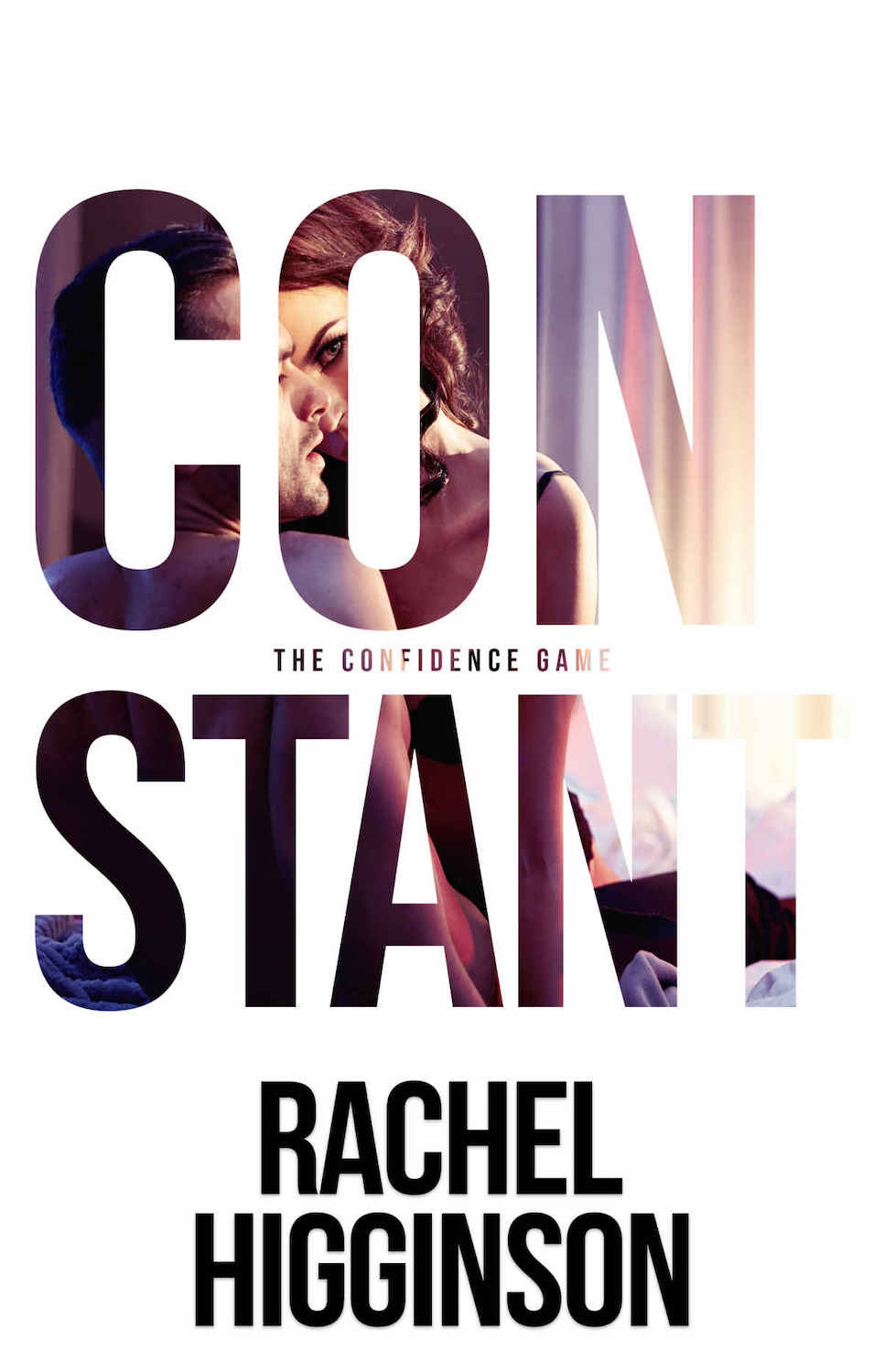 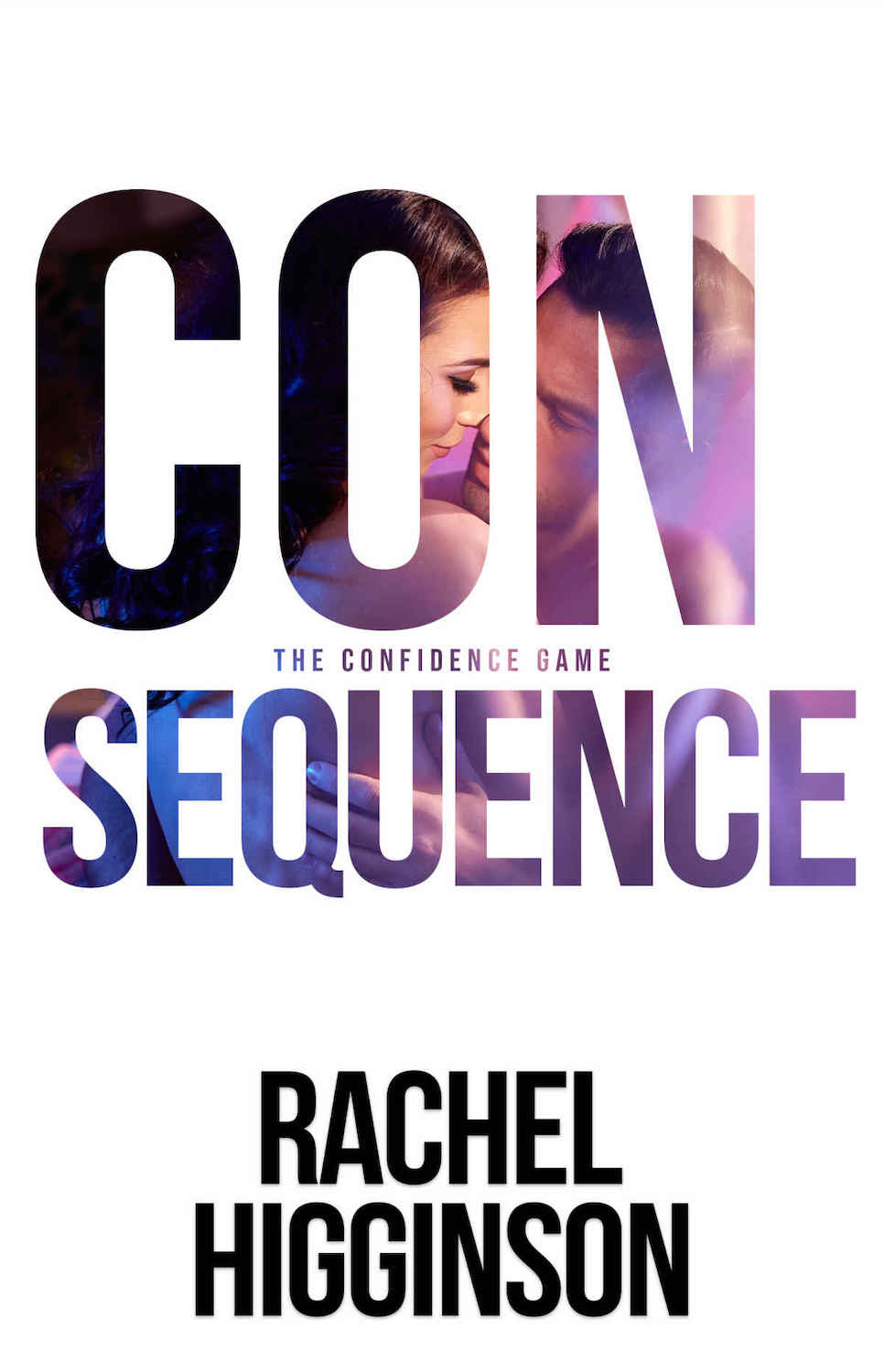