Sailor Bishop has only one goal for his future – to create a successful landscaping business. No distractions allowed. Then he comes face-to-face and lips-to-lips with a woman who blushes like an innocent… and kisses like pure sin.

Ísa Rain craves a man who will cherish her, aches to create a loving family of her own. Trading steamy kisses with a hot gardener in a parking lot? Not the way to true love. Then a deal with the devil (aka her CEO-mother) makes Ísa a corporate VP for the summer. Her main task? Working closely with a certain hot gardener.

And Sailor Bishop has wickedness on his mind.

As Ísa starts to fall for a man who makes her want to throttle and pounce on him at the same time, she knows she has to choose – play it safe and steady, or risk all her dreams and hope Sailor doesn’t destroy her heart.

It could also be the sugar rush from all the chocolate I find myself eating while reading her books, but whenever I finish one of Nalini Singh’s soul-stirring romances, my heart is so full, it feels like it could burst. Her stories are so warm and romantic, they soothe and reenergise the hopeless romantic in me—moving me, seducing me, making me devour every single word like a luscious dessert, and always leaving me in a blissful haze—but once I realised this story was in the same world as one of my favourite novels from this author, Rock Hard, I was close to rapture. As Ms Singh formally introduces us to the Bishop/Esera clan, we begin to fall in love with an entire family of protective alpha males—existing or in the making—while we watch their second eldest son find true love.

Sailor Bishop has his whole life mapped out before him, with no room for distractions or romance to steer him off-course. The son of a man who abandoned his young family when they needed him the most, Sailor has always needed to prove to himself that he is nothing like his father, and at twenty-three years of age, he works himself to the bone to build something his loved ones could depend on one day. And not even the sexy redhead he can’t stop thinking about could derail him from his plan.

Sailor had a plan for his life, and a cute, sexy redhead didn’t figure into it, not when his dreams depended on obsessive focus on a single overriding goal.

As the child of two ruthless and overly ambitious parents, Ísalind “Ísa” Rain is expected to follow her parents’ footsteps in life, with two great business empires only waiting for her to take the helm, yet all Ísa dreams of is a family of her own, a place where she would feel safe, cherished, never neglected or forgotten, and loved by a man who would always put her first. And as utterly irresistible as the gorgeous, smooth-talking gardener with ink-black hair, and the sexy tattoo around his thickly muscled thigh is to her, she knows that a man five years her junior wouldn’t yet be ready for all the things that Ísa so urgently wishes to begin to build in her life.

“You’re twenty-three. I’m ready to settle down, have a child, build a life with someone.”
Tipping up her chin, he pressed his nose to hers. “Yeah? And who’s this perfect man you’re going to dump me for?” It was a growl of sound.
Ísa scowled back at him. “I haven’t met him yet.”
“So you’re dumping me for an imaginary man?”
“You’re deliberately misunderstanding.” She glared. “How am I supposed to find him when I’m with you?”
A shrug. “I don’t care. I’m not going to cooperate in your dump-Sailor-for-an-imaginary-man scheme.”

Thrown onto each other’s path by a set of serendipitous circumstances, they know from the start that any kind of relationship between them could easily end in disaster for them both, but they are unable to resist the pull between them, their every moment together feeling right, and filling them both with the kind of joy they’ve never experienced before. As they put aside their fears and hesitations, and take a chance with their hearts, Ísa and Sailor get a taste of what their life together could feel like, but the deeper they fall for one another, the starker the reality of that life becomes for them both, forcing them to rethink their priorities.

Be in this moment, she whispered to herself. Don’t fear the heartbreak to come.

A heartfelt and emotional love story between two people whose own painful pasts have taught them to appreciate and seek the same things in life, only to unexpectedly find those very things in each other’s arms. Nalini Singh pours life into her characters with tender loving care and remarkable attention to detail, and it is difficult not to swoon at her every word. I loved the way this story fit to seamlessly into Gabriel’s book, filling the gaps I never realised were even there, and adding continuity to a world I always hoped we would revisit. Relatively drama-free, but overflowing with emotion and passion, this is the kind of story I am always in the mood for.

Sailor had a terrible night’s sleep. He’d been home from the party before eleven—and he hadn’t even had to ditch Raj. His friend had been in a hell of a mood, with no desire whatsoever to interact with any other humans.

The other man wasn’t a big talker, but Sailor figured it had something to do with the pretty woman in the bandage dress. The depth of Raj’s reaction might’ve intrigued him on another day since his friend wasn’t known for his temper, but last night Sailor had been distracted by the promise of seeing Ísa again, probably within the hour.

He hadn’t worried too much about how she’d literally run across the grass and away from him, figuring her rush had something to do with the message she’d received from her friend. Some female emergency. After all, he hadn’t done anything dastardly in the seconds before she’d run—he’d literally just asked her to wait so he could walk her to the car.

Like a gentleman. And so he could sneak a final, scorching kiss.

The redhead had gotten away from him a third time.

And he still didn’t know her name.

Aggravated, he’d gone online and ordered a pair of fur-lined handcuffs. The next time he saw his curvy little conwoman, he was going to lock her to some immovable object—namely himself—until he figured out why she kept leaving him in her dust.

Unsurprisingly, he’d dreamed of the cute, lying redhead all night long, woken up with a cock so hard it was painful. He wondered if his perfidious redhead realized he hadn’t finished his job at the school. One of these days he was going to run into her again. And when he did, he was going to bring out those handcuffs. Then, when she was stuck and unable to run, he’d tell her what he thought of cute redheads who promised a man a night of sweet heaven and delivered a night of frustrated aggravation.

Snarling at the memory of how soft she’d been under his hands, how lusciously responsive, he tried to convince himself it was a good thing she’d stood him up. Sailor had a plan for his life, and a cute, sexy redhead didn’t figure into it, not when his dreams depended on obsessive focus on a single overriding goal.

Neither his brain nor his body were convinced by the argument.

Rising in a black mood, he showered, then got himself ready for work. Just because it was Sunday didn’t mean he didn’t have things to do—he wanted to put in a few hours on a small project he was fitting between bigger ones. And today was a good day for it; he had no other commitments—definitely no kissable redhead in his bed as he’d hoped for last night—and the weather was holding beautifully.

Once at the site, he put his back into it, worked like a demon, and was done by seven that night—an entire weekend ahead of schedule. Gabriel had invited him over for dinner with a couple of other rugby buddies, but Sailor told his brother he couldn’t make it.

He needed time to brood.

Which he did until he fell exhausted into bed.

Waking the next morning with his mood not appreciably better, he showered and shaved with care before dressing in the single business suit he owned. He’d bought it a couple of years back, taking Gabe’s advice and getting one good suit rather than three cheap ones; it was his go-to outfit for meeting with his loan manager at the bank. And today, for what might be his first major corporate client.

He paired the dark gray suit with a blue shirt that “made the most of his eyes,” according to his mom, who’d given him the shirt on his last birthday. He made sure his hair was neatly combed and his dress shoes polished. For a second, as he looked in the mirror, he could almost touch it, the goal that drove him, the need to prove himself a gnawing on his bones that wouldn’t stop until he’d done it.

Until he’d shown the world that he wasn’t anything like the man whose face he bore.

“Keep going, Sailor,” he told his reflection. “No excuses. No distractions.”

Especially not a redhead who’d already haunted him for seven years. 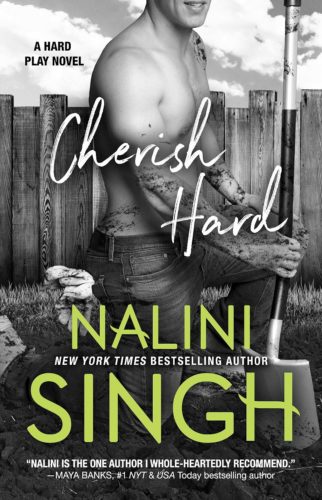 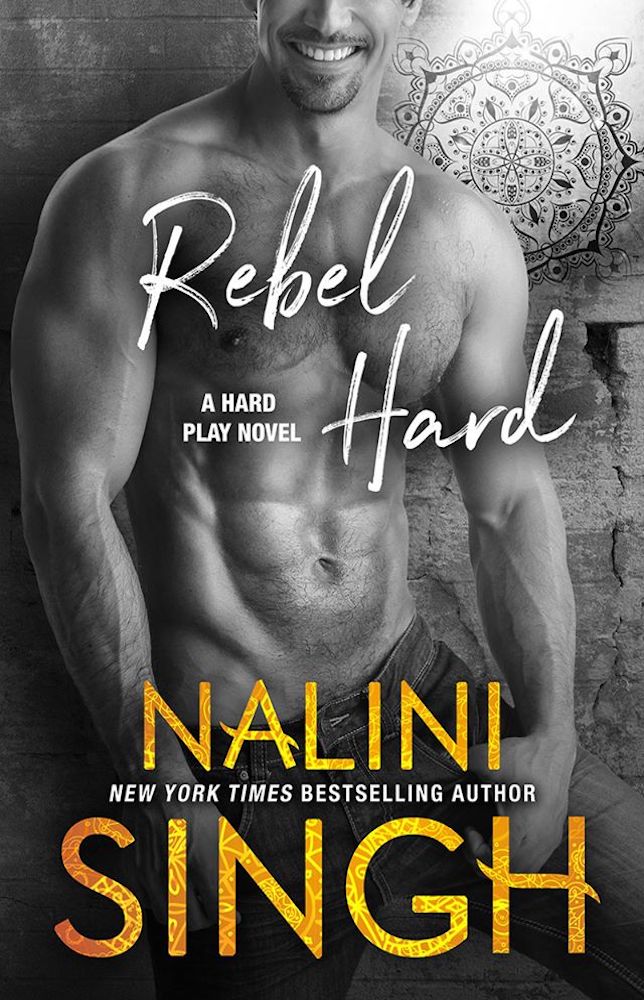 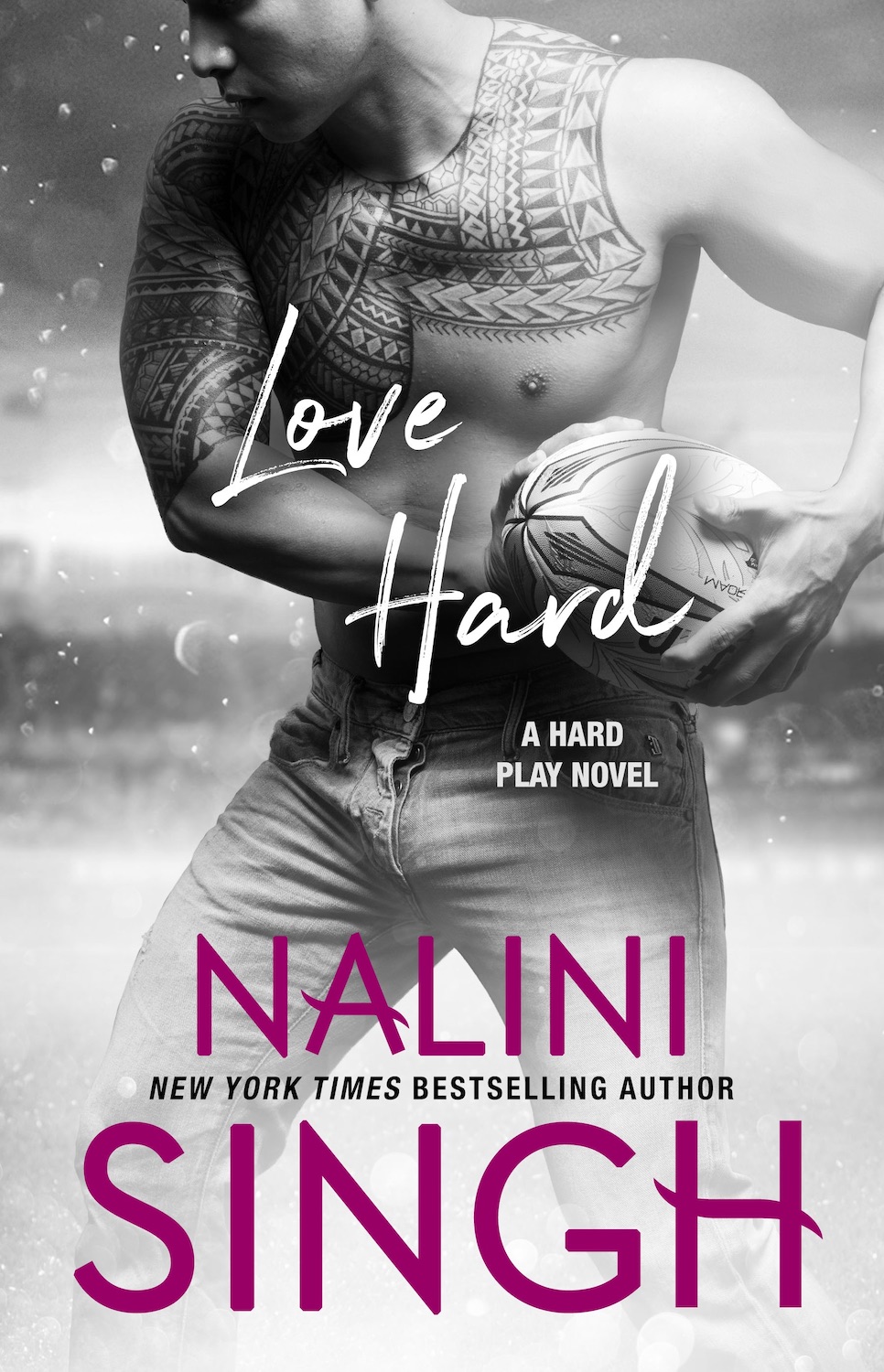 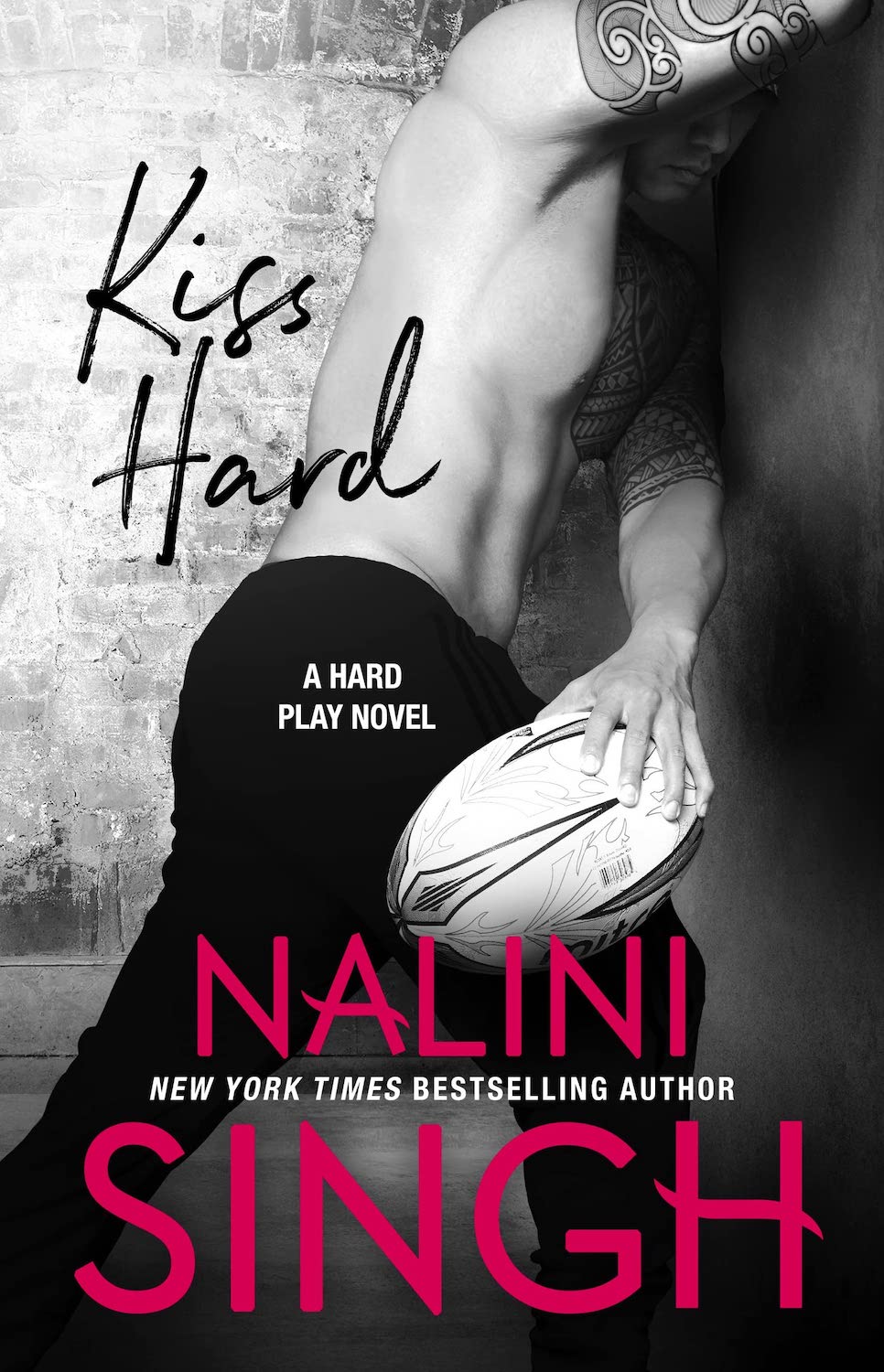