New York Barons tight end Gavin Brawley is suspended from the team and on house arrest after a video of him brawling goes viral. Gavin already has a reputation as a jerk with a temper on and off the field—which doesn’t help him once he finds himself on the wrong side of the law. And while he’s been successful professionally, he’s never been lucky when it comes to love.

Noah Monroe is a recent college grad looking for a job—any job—to pay off his mounting student debt. Working as Gavin’s personal assistant/babysitter seems like easy money. But Noah isn’t prepared for the electrifying tension between him and the football player. He’s not sure if he’d rather argue with Gavin or tackle him to the floor. But both men know the score, and neither is sure what will happen once Gavin’s timeout is over…

One of my favourite reads of the year was Illegal Contact by Santino Hassell, an über sexy sports romance that introduced me to this author’s electrifying prose, and made me fall in love with the charismatic Barons football players. So being able to share with you today a never-seen-before bonus scene is a huge honour for me. I hope you enjoy revisiting Gavin and Noah as much as I did.

“Is it weird that watching you interact with my coworkers is sort of turning me on?”

I looked at Noah, knowing my face was probably full of skepticism. It, and the smartass retort that had been close to leaping off my tongue, faded at the sight of his blue eyes narrowed at me from behind his thick-rimmed square glasses.

“Does that mean we get to hole up in our hotel room and take care of your turned-on status? Because…”

I frowned. He smirked and returned his attention to the lower floor of the resort, which we could see from the upper balcony. Me agreeing to go on a company holiday trip with the LGBT youth organization he worked for had taken a fair amount of convincing. Days of pleading, weeks of cajoling, a lot of sex, and my best friends and teammates Simeon and Marcus agreeing to be my Barons wingmen. Also, he’d promised there would be zero publicity and that the trip would be a secret until after we were back home.

His employers hadn’t just invited me due to my stunning personality, professional football player status, or because Noah was practically my husband. They’d invited me because the trip had been for staff and teens involved with the organization, and my role was to do athletic shit with the kids in the many open spaces around the Poconos resort.

Skiing was not contractually allowed by the NFL, but playing football with underprivileged youth was just fine. Simeon and Marcus being there had made it even better since they were actually charming people who enjoyed being around the youth. I was just ready to trap Noah in bed and alternate between sex and eating for the rest of the holiday weekend.

I leaned against him, pressing him against the balcony with my bulkier body, and nuzzled his neck. “C’mon, baby. It’s snowing, it’s cold… I can order a dessert tray and hot chocolate. You can eat pastries while I suck your—”

“Ah, ah, ah.” Noah tried to wiggle away from me even as a flush rose up his neck. “You behave yourself, Gavin Brawley. Those kids are relying on you to teach them how to run routes or whatever the hell it is tight ends do.”

“Wow, ouch. You still don’t know what I do on the field?”

Noah shrugged. “You slam into other guys, and I don’t get jealous about it. That is enough.”

I bit his ear. He shivered.

“A quickie,” I murmured in his ear. “Please? I don’t even give a damn about me. I just want to get you off.”

Noah’s hands tightened around the railing. “Why’s that?”

I kissed the back of his ear this time, knowing it was one of his soft spots. “Because you looked gorgeous when you came back from skiing earlier. All red-faced and disheveled with those big blue eyes of yours practically glowing.” I pressed my crotch against his butt. “Not to mention how your ass looked in that tight ski suit.”

“Gavin,” he groaned. “This is so inappropriate. Everyone is down there.”

“Everyone is like eight thousand floors beneath us. And we’d be in private if you’d go back to the room with me for like thirty minutes.”

“That’s not a quickie. A quickie is like five or ten minutes.”

I could feel Noah starting to cave. He was pressing his shoulders back into my chest, looking back at me with those long dark lashes nearly covering the explosive blue of his eyes, and biting the side of his lower lip. Sometimes, when he looked at me like that, I wondered how I’d resisted him for as long as I had.

Then I remembered he’d been locked in my Hamptons mansion with me while I was on house arrest. What had started out as a plan to torment the snotty college graduate who was using his job as my personal assistant for a quick buck, had turned into months of me crushing on him hard while trying to ignore how much I wanted to touch him.

The sound of a high-pitched adolescent voice drained every drop of desire out of my body. I looked over my shoulder and saw Radley, one of the youth center’s teen clients, gawking at us from the elevator. He was tall and skinny, a little immature for his age, but relentlessly sweet to the point that even I couldn’t be irritated by him. And I was irritated by everyone except Noah, Marcus, and Simeon. But not this kid. Nope. He was shy and queer and still determined to learn how to throw a football despite the people who’d snickered on the sidelines as he tried again and again.

“Are you coming down for dinner?” Radley asked, shifting from foot to foot and avoiding my eyes. “Just wondering.”

“Too busy,” Radley agreed. “Too much peopling. And now we have more peopling for this Christmas dinner thing.”

“Holiday dinner,” Noah corrected with a grin. “It should be fun. Everyone got to vote on what they wanted to have catered, and we picked from a variety of choices. We’ve also had the ballroom decorated like the Harry Potter dining hall.”

“It still looks like a hotel conference area,” I muttered. “Or a hospital cafeteria.”

Noah shot me a glare. Radley hid a smile.

“Okay…” Radley hesitated, dark eyes shooting between us. “Can I save you a seat?”

Something about the quick way he said it, and the tension in his shoulders, triggered my concern. I felt my brows crashing down and my mouth pressing into a flat line.

“Oh, uh, nah. Not really.” Radley curled his hands into fists. “I’d rather sit with you guys.” He shot a quick glance at my serious face and shrank away. “If that’s too weird—”

“Is someone fucking with you?” I demanded.

Noah cast a wild look up at me. “Watch your mouth! Jesus.”

I ignored him and kept staring Radley down. “Tell me the truth, kid.”

Radley’s big brown eyes grew wider. I felt bad for him, because he looked terrified of telling me a truth I’d already figured out, and because I probably looked scary as hell even when showing concern. I couldn’t help it. My face had two settings—pissed off and I’m-gonna-crush-you-to-the-turf.

“Just some people being assholes,” he said softly. “They were playing around too much when we were at the ski school, and I got mad.”

“Playing around how?” I asked, my Jersey accent coming out stronger because I was speaking fast. “What happened?”

Radley glanced over the balcony and shrugged. “Just people pushing me down into the snow and stuff. Making fun of me. It doesn’t matter.”

I opened my mouth to explain just why it mattered, but Noah put a hand on my shoulder and squeezed. He could probably feel me getting fired up.

“How about you save four seats? Marcus and Simeon are joined to each of Gavin’s hips.”

Radley’s face brightened. “That’s awesome! Are you sure? I don’t want to be—”

Radley blushed to the roots of his hair and mumbled something sheepish before hurrying to the elevators. We watched him silently, then when he was descending to the lower floors, Noah looked up at me with a tiny smile.

“Feeling protective, are we?”

“I dunno. Glare at them while we have our giant holiday dinner? I have a scary face.”

Noah smirked. “Half these queer boys are in love with that scary face. Let me and the other organizers handle it.”

I scowled at him, but it faded when he only flashed his sweetly fond smile.

“I just had a thought,” Noah said, running his fingers along the side of my hand. “But I can’t share it with you here.”

“Our hotel room.” Noah tugged me towards the hallway and away from the elevator. “It’s a private convo.”

My mouth curved up at the side. “A five- or ten-minute convo?”

Noah looked over his shoulder, gaze tracking up and down my body. “At least thirty minutes.” 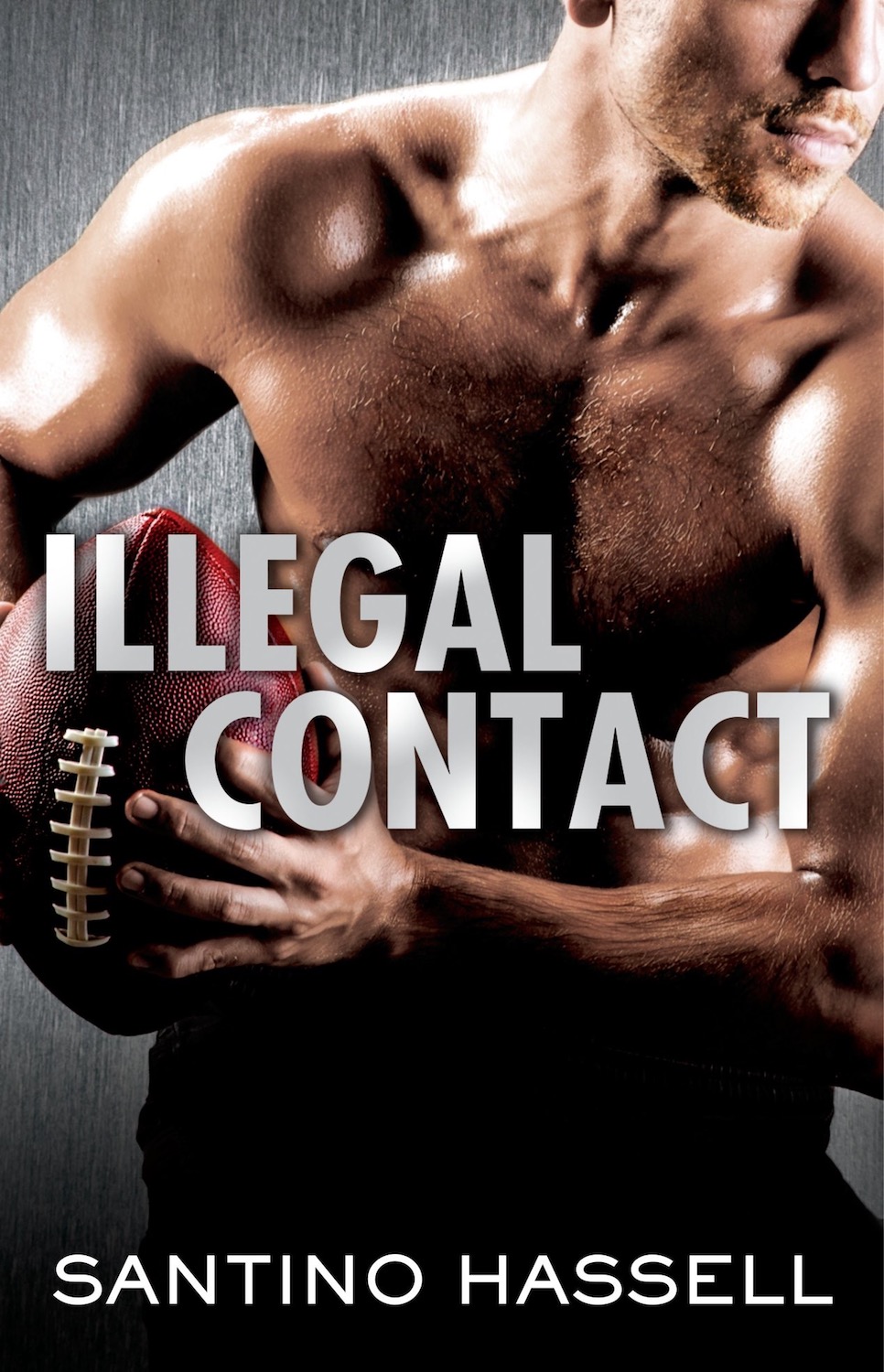 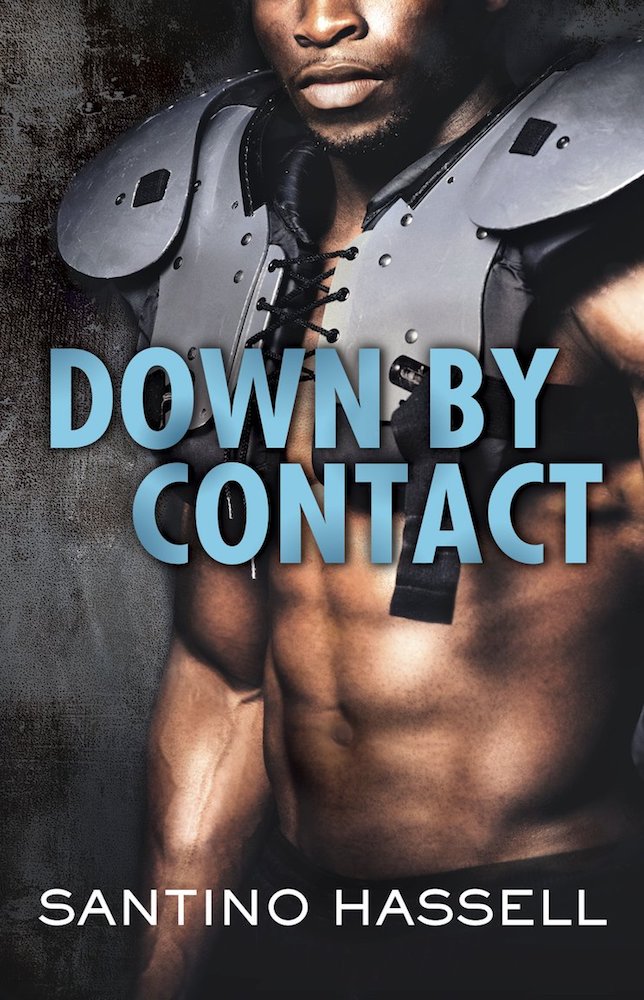 That was so good! I’d just pulled out Illegal Contact for a re-read, so super timely!

Loved it! Kept scrolling down for more LOL. Cant wait for Down By Contact.

Thanks! Nice break from work for me.