Christopher Argent lives in the shadows as the empire’s most elite assassin. Emotion is something he tossed away years ago, making him one of the most clear-eyed, cold-hearted, wealthiest, and therefore untouchable men in London. But when his latest target turns out to be London’s own darling, Millicent LeCour, Christopher’s whole world is turned upside down. Overwhelmed by her stunning combination of seduction and innocence, Christopher cannot complete the mission. She has made him feel again. Now, he will do anything to save her life, so that he can claim her as his own…

When Millie learns what Christopher was hired to do, she is torn between the fear in her heart and the fire in her soul. Putting herself in this notorious hunter’s arms may be her only path to safety-even if doing so could be the deadliest mistake she’s ever made. But how can she resist him? As the heat between her and Christopher burns out of control, danger lurks in the shadows. Is their desire worth the risk? Only the enemy knows what fate has in store…

Never in his life had he questioned his place, never looked back into the abyss of the past. Never thought of that pathetic, powerless boy he’d once been. Or of that night he’d lost his soul. Until her.

At this point, to say that I’m completely obsessed with this series would be a hysterical understatement. I am so besotted with this world, these characters, with Kerrigan Byrne’s vibrant prose, that I find myself swatting my own hand countless times a day, whenever I am tempted to simply drop whatever else I’m doing in favour of just one more morsel from this magnificent series. After falling in love with The Highwayman, I simply could not wait to read Christopher Argent’s story, and unsurprisingly, I was enthralled from the very first page. The story of a ruthless assassin who falls for the woman he was paid to kill in cold blood, this is the kind of book that makes you want to shut out the world around you and escape into it with no interruptions. And that is exactly what I did.

Why her? Why now? What was it about the actress that entranced and aroused him? What about her was different from everyone else?

As the coldest and deadliest man in London, and The Blackheart of Ben More’s master assassin, Christopher Argent is best known for being an unfeeling killer who never hesitates when divesting his victims of their last breath. So, when he is asked to kill London’s most beloved stage actress, he accepts the job without a second thought. But from the moment he lays eyes on Millicent LeCour, he is startled by something he hasn’t felt in himself for more than twenty years—a stir of sensation. And when the time comes to deal the fatal blow, he finds himself not only unable to do so, but kissing his victim senseless in its stead.

… why couldn’t he just squeeze? Why wasn’t she dead yet? Because earlier her dark eyes had shimmered with life. Her smile had held the kind of joy that life tended to smother out of most adults. Because … though he was a godless man, something whispered to him from the ether that he didn’t have the right to take such light from the world.

Millicent “Millie” LeCour may be London’s favourite actress, but her heart belongs to one person and one person alone—her nine-year-old son, Jakub. Regardless of her many ardent admirers, she focuses all her energy and time on building her career and raising her son in a safe and loving environment, even though the hopeless romantic in her continues to dream of a dashing hero—her own knight in shining armour—sweeping into her life and fulfilling all her childhood fantasies. And when she feels a strange, electric connection with a perfect stranger watching her on stage, she throws caution to the wind and gives her heart permission to hope.

Maybe he was the man she’d been waiting for, the mythical hero that would sweep her off her feet and capture her heart.

Having never wanted a woman with the kind of intensity that Millie LeCour stirs in him, while perceiving desire as a dangerous weakness for a man in his line of work, Christopher makes her a proposition he knows she cannot refuse—to protect her and her son from those wishing her harm in exchange for a single night with her—hoping that a night with the beautiful actress would quench his ravenous need for her. Once the price is paid, however, he not only realises that one night with Millie would never be enough, but also what all she is willing to do to protect her beloved boy.

As dark tendrils of danger continue snaking around them, waiting for the perfect opportunity to strike, Christopher and Millie find themselves falling for one another, but while Millie continues to hope that her love might resuscitate Christopher’s cold heart, he keeps pushing her away time and time again, determined to remain untethered in life, and desperate to protect Millie and her son from all he thinks he has to offer to them—violence and death.

“I have killed so many,” he murmured. “Don’t you know that it’s too late for me? Don’t you realize that if there is anything but oblivion after this life, I am well and truly damned?”

A compelling, emotionally rich story that I couldn’t put down, Kerrigan Byrne took my breath away with her superb characterisation of Christopher Argent, a redeemable villain of sorts whose baptism in blood as a little boy turned him into an unfeeling killer, a symbol of death and vengeance, but whose very inability to forget that little boy kept me invested in his character until the very end. A moving story of a mother’s selfless love towards her child, a tale of hope and escape from one’s past, this will forever remain one of the most heartbreakingly beautiful books I’ve ever read.

“If there’s one thing I’ve learned from Shakespeare, from most any playwright, it is that love is just as dangerous an emotion as hatred or anger or the lust for power. I think love can make you a stranger, even to yourself. Maybe even a monster. It can be a wild creature just waiting to be unbound. A beast. A feral and selfish thing that will turn you against the world, against nature or reason, against God, Himself. And every time I’m tempted to allow myself to fall, I wonder … is it worth the risk?” 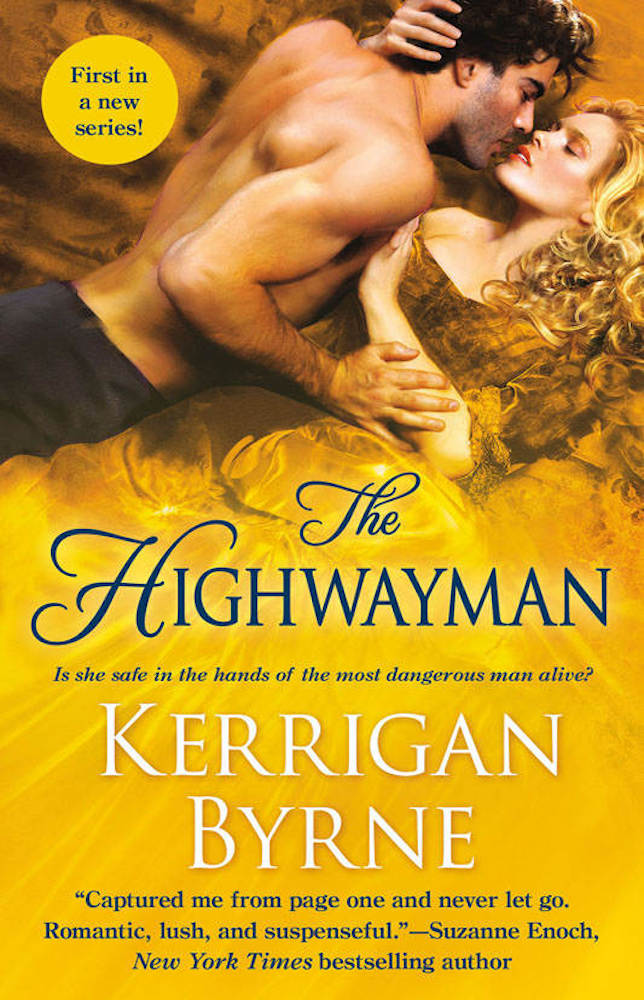 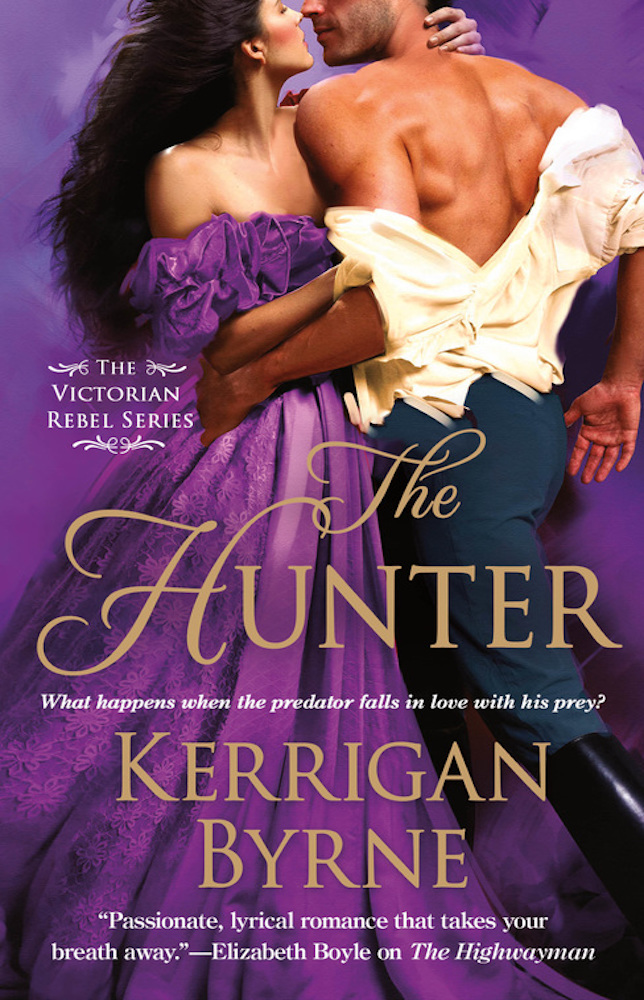 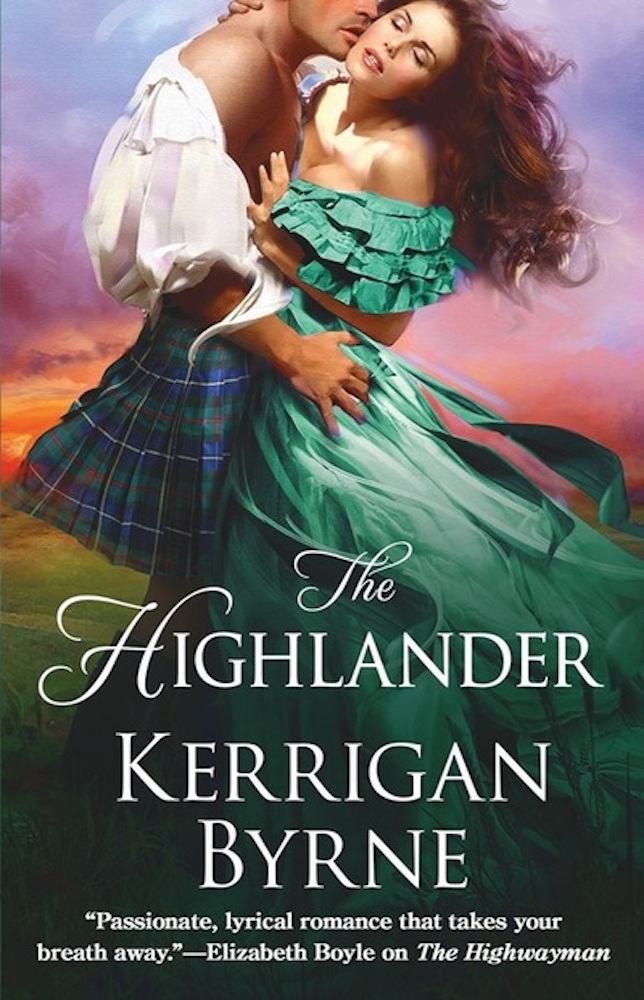 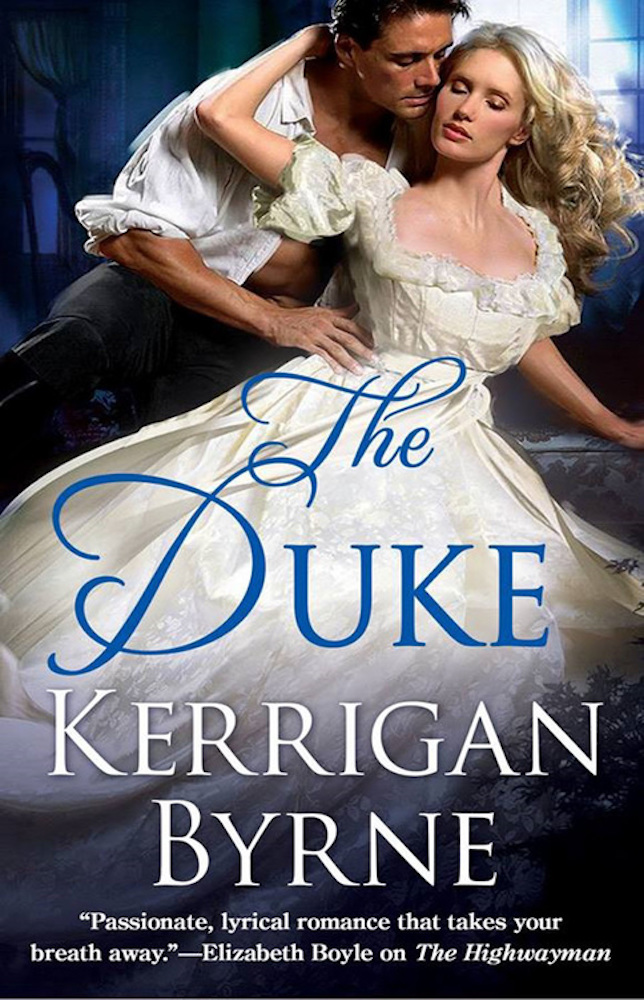 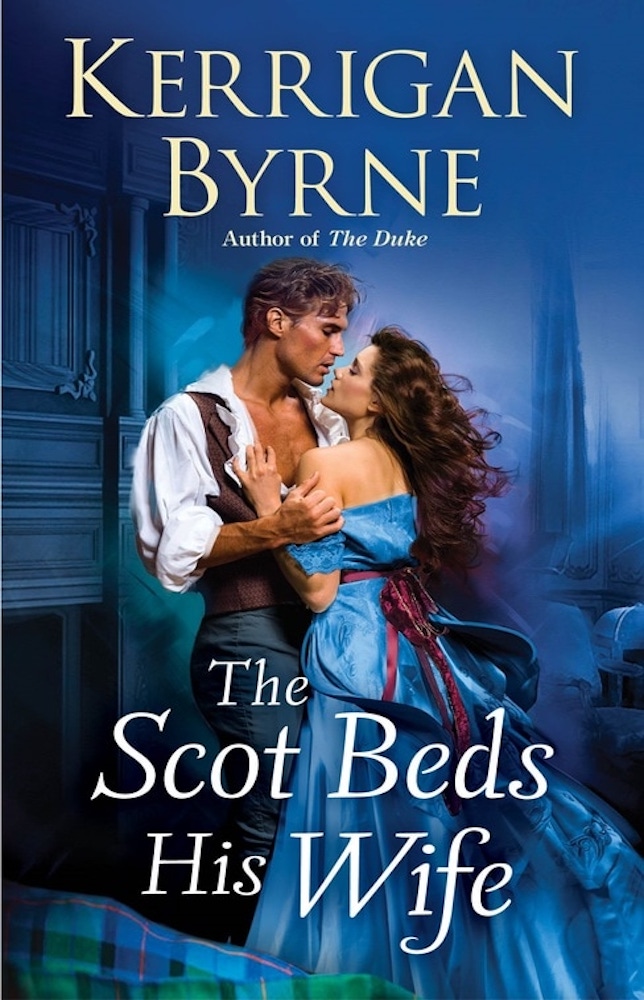 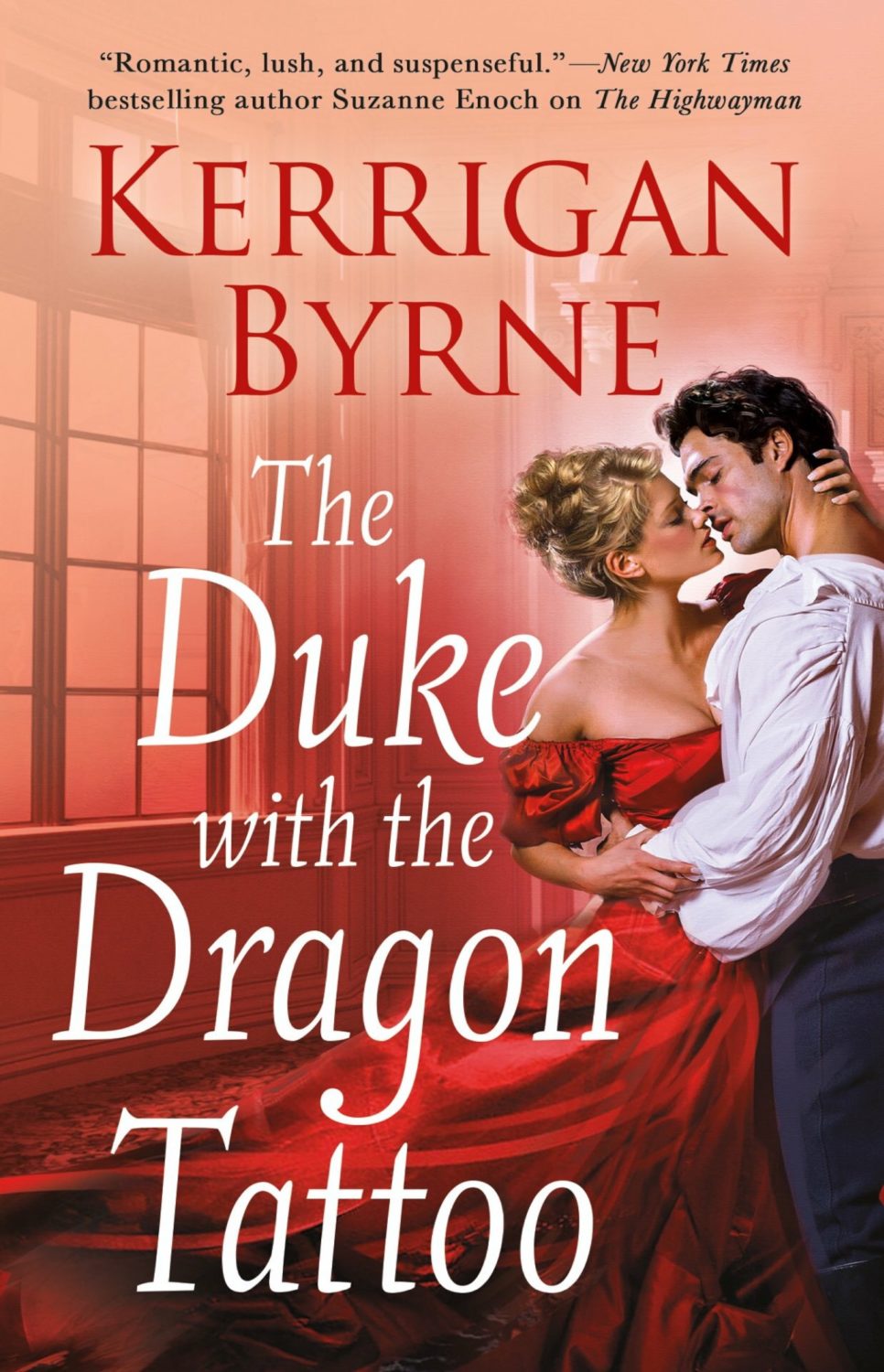 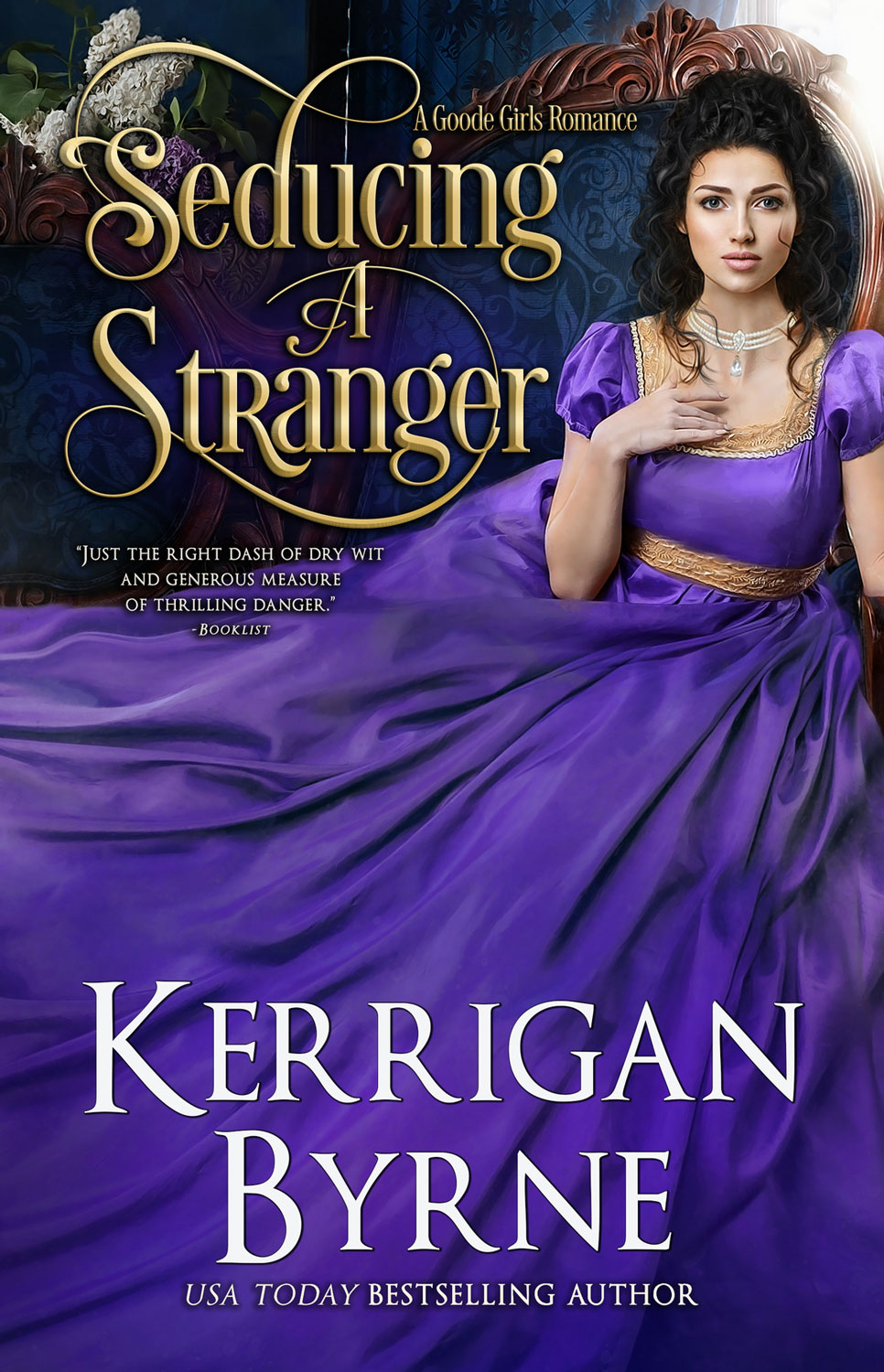 oh. oh. This book. That scene with Christopher and his mum. It broke me, I literally have tears in my eyes as I am writing this just thinking about the scene. I am in love with this author and her writing, I just can’t deal with how great her books are.

That scene destroyed me. But every single scene with Jakub and Christopher killed me, too, because he sees himself in the little boy.

Exactly, when Jakub almost said the same thing as Christopher did, it sent a chill down my back and crack in my heart. He truly saw himself as Jakub, so heartbreaking. What a beautiful story

Great review. I just started this book, and I am mesmerized already.

Natasha, Natasha, Natasha…why do you do this to me? You got me hooked with The Highwayman now I just one clicked this. I’m soooo far behind in my reading and you keep going. I have so many books I haven’t read yet, but now I’ve got to read this!!