As the bus approaches my stop on the Lower East Side, I raise the hood of my black sweatshirt. Anonymity is key in my neighborhood—particularly as a lone female walking at night.

All I want is to leave my crime-ridden shadow of a home in New York City. I’ve done everything I can to keep my head down and focus on my studies. College is my only goal; love has never been on the map…
That is, until my sister brings me to an underground fight, where I meet a gorgeous and mysterious man: Vincent.

He is the ghost in my shadows, showing up to feed me pieces of his upper-crust life, then evaporating into darkness until his next visit. I’m falling hard and fast. How can I trust him amidst the depth of his secrets?

Vincent may be even more dangerous than the dark world I’m trying to escape.

A debut novel that has been described as “fast-paced, sexy and unpredictable”, the first book in Jessica Ruben’s Vincent and Eve series is available now, and I have a sneak peek for you.

I take my last bites of the sandwich when I start to consider getting some sauce on my cheek just so we can have one of those movie moments where he wipes it off and kisses me. But as I squeeze the remainder of the sandwich in attempt to get the sauce on my face, I screw it up and somehow end up getting mayo on my pants.

“Shit!” I gasp, clicking my tongue and grabbing a napkin.

He starts to laugh and I quickly try to explain. “I didn’t realize that the sandwich would squirt from just a small squeeze! I mean, shouldn’t it take more than that?” His eyes seemingly widen with disbelief at my comment, and he starts cracking up. I’m not sure what’s so funny about what I said, but something in the way he’s laughing tells me he’s laughing at me, not with me. His laughter is intensifying as I get redder and there is nothing else to do but hide my face with my hands.

When I realize he isn’t planning to stop his laughter, I lift my hands off my face and hit him on the shoulder.

“Oh, shut it. Stop!” I feel so juvenile. My face is probably the color of a beet right now. “Stop laughing at me, Vincent!”

“I can’t help it. You’re so damn sweet…” He drags me onto his lap and I put my head into the crook of his neck. I feel his body shake with the remnants of his laughter and I take a sharp breath. All of a sudden, I realize I may have just found the greatest spot of all time. I nuzzle into his neck, inhaling his scent. I hope he doesn’t think I’m creepy right now, but the truth is that I couldn’t stop myself even if I wanted to. I want to crawl inside this man and never leave. For all his hugeness, we manage to fit so well. He finally stops laughing and brings his arms around me, pulling me flush against his chest and holding me firmly. I guess he likes this too. I receive confirmation when I feel him hardening under me. I pause. Slowly, I pull my head back.

Some young kids start nagging their mom about wanting churros, but it all becomes background noise as our lips connect. It’s slow at first. Gentle lips and warm tongues. But the moment his hands go beneath my ass, he presses me down into his erection and all common sense flees my brain.

“Fuck.” His voice is a growl and my eyes shut, the feelings overwhelming me.

Blood pools down low as he rubs me rhythmically against him. I move over a little to the left and let out a moan into his neck; he’s hitting that spot. “Vincent…” I say into his skin. I can’t even be bothered to realize where I am or what I’m doing. All I can do is grip onto his huge shoulders as he presses me down harder and harder. I feel myself start to sweat and I welcome it; the heat is devouring me from the inside out.

I lift my head for a moment and look into his eyes when he stops. When I realize he isn’t going to continue, I exclaim, “What? No!”

He chuckles as he gently moves his hands from my back to my shoulders and takes a breath, turning me around so I’m sitting back on the bench beside him. “Later, okay? Here isn’t the place for you.” His eyes are filled with promise, but somehow, I’m left with this hollow and desperate feeling.

My body finally starts to wind down and I plunge my plastic fork into the salad, internally stressing about what is going on. And anyway, why did it take him so long to reach me? When we’re together, I feel like we’ve got something more than just attraction. It’s deep; I can feel it. But he disappears. And then he’s back. I’m having emotional whiplash and frankly, I’m angry. I should have been pissed at him when he picked me up, but I was too overwhelmed by the emotions he brings out in me. He’s too gorgeous. Too big. Too smart. Too everything!

I decide I may as well just get out with it and ask him. I turn my head to the side to get his attention, my anger fueling my tongue. “Vincent?” My voice comes out angrier than I intended. He looks into my eyes and smirks, as if he knows already what I’m going to say.

I turn my body around so that instead of being side-by-side, I’m facing him. “What are we?”

“Come on. I’m serious. What’s happening here?” I gesture my hands between the two of us.

He takes a few moments before answering. “We’re friends.” His eyes are saying we’re more, but his words obviously differ.

I startle for a moment and want to disagree with him. “But—”

He turns to face me. “I live a very complicated life, Eve.” His eyes bore into mine as if he really wants me to hear what he’s saying.

“Are you… with other girls?” I ask, my stomach sinking with dread.

He sighs but keeps his head up. “Let’s start like this for now, okay? Let’s just be friends.” It seems to pain him to use the word, but it sure as hell feels like I’ve been knifed.

I try to silently communicate with my eyes how much I want him to be mine, but my chest pounds with feelings of inadequacy. I don’t have the guts to tell him so.

Tears start to well in my eyes as I remember the mention of a redhead, but I swallow down my pain and try to keep my emotions in check. Why doesn’t he want me? He watches as confusion and hurt cross my face. He looks as if he’s about to say more, but he stops. Vincent has the self-control of a saint; if he chooses not to speak, nothing will leave his lips.

The truth is, I know why he doesn’t want a girl like me. I’m a nobody. I’m a poor girl from the ghetto. What would a man like him want with someone like me? The answer is that he wouldn’t. 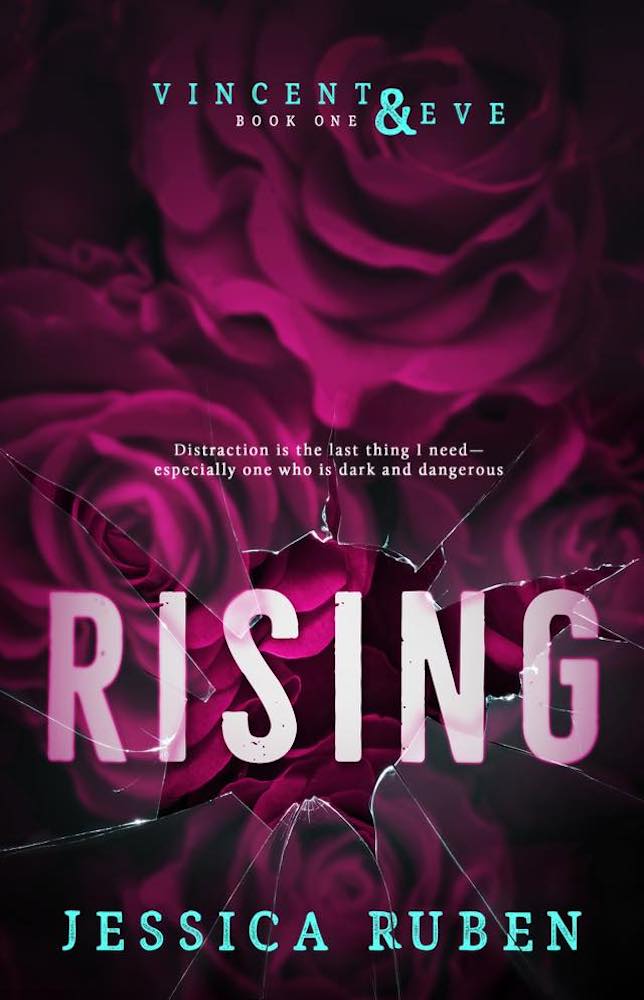 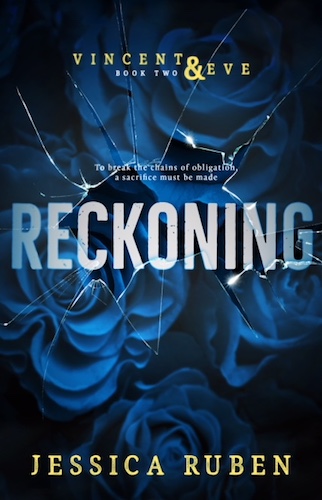 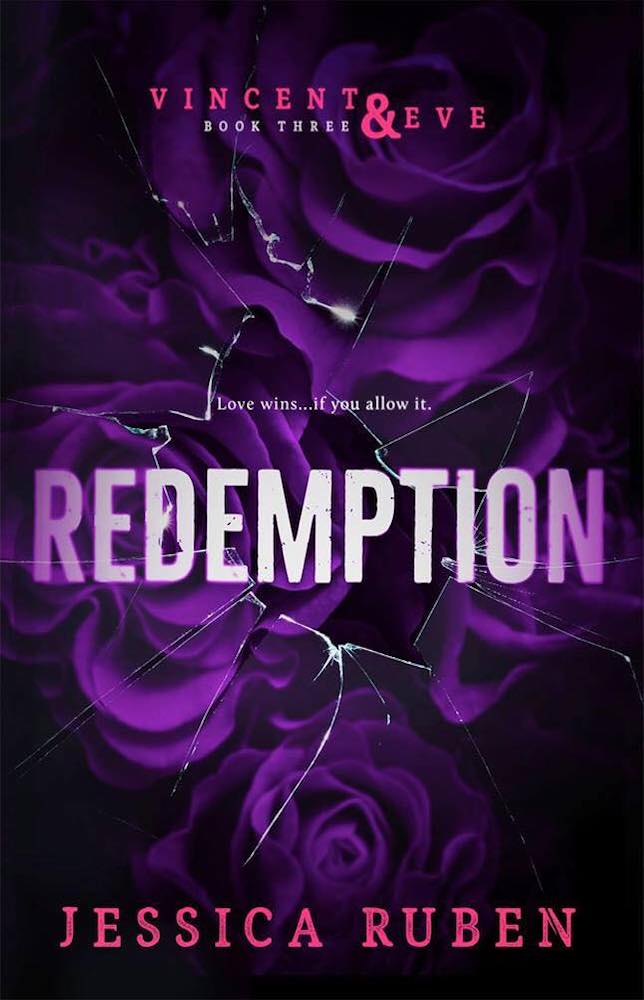