For my 30th birthday, I’m giving myself the one thing I want most: a baby. Sure, this would be easier if I had a husband—or even a boyfriend—but I refuse to be thwarted by minor details.

When I drunkenly confess my plans to my friends, they convince me to ask Jake Jackson for help. Jake, the best friend who’s been there for me through thick and thin. Jake, who also happens to be smart, funny, ridiculously good looking, and the winner of all the genetic lotteries.

So when Jake takes me up on my request—with the stipulation that we get the job done the old-fashioned way—I’d be a fool to decline.

The only problem? I don’t know if I can separate sex from all the things I feel for this amazing man. If I can’t keep my heart under lock and key, I risk losing the relationship I need the most.

Jake has his own reasons for granting my baby wish. But when I discover his secrets, it could mean the end of us. I have to choose—run or stay and fight for love.

Jake looks me over, a smirk tugging at one side of his mouth as he drags his gaze down the length of me, as if he has x-ray vision and can see me through the desk and my clothes. “Why don’t you wear those shorts you wear to garden?”

He lifts his eyes to mine and gives a cocky nod. “Yeah. I really like those.”

My cheeks heat. Jake and I don’t say stuff like that to each other. There aren’t moments in our relationship when he flirts with me or speaks in innuendo. That’s not the kind of relationship we have. Then again, he’s never sucked on my fingers before tonight either, and I’m not complaining about that, am I? “I’m not wearing my cutoffs in public.”

Smiling, he opens my palm and presses a kiss right in the center—first lips, then the briefest touch of his tongue. My back arches. I want to catapult myself out of this seat and onto his lap. I want to claim all the dirty promises he’s making with his lips and tongue.

“So those are only for me to enjoy when we’re alone together?” he asks.

I blink at him. Straddling his lap would be heaven. I want the hard length of him pressed between my legs and his mouth . . . What has gotten into me? “What?”

“The cutoffs?” He shakes his head slowly. “You’re so fucking cute when you blush. You know that?” He puts my hand down and stands. “But Cindy’s going to kill me if I leave her out there alone much longer.” He winks at me, then turns the knob to open the office door.

I bolt up from my chair and chase him out of the office. “You don’t have to do this, you know.”

He stops and turns in the middle of the kitchen. “Do what?”

I bite my lip and look away. “I don’t know. Flirt with me, I guess. Seduce me with . . .” I swallow, a delicious chill running up my spine with the thought of his hot mouth on my skin. Are knuckles an erogenous zone? Because I’m pretty sure Jake just made them into one. “With your mouth. You don’t have to. You’re doing me a favor. It’s not like I expect you to . . .”

My jaw drops, and I swing my gaze back to him and glare. “Oh my God, if you say that word one more time, I’ll kill you.”

He stalks toward me, something different in his eyes. Something darker and more intent than the playful Jake who sucked my fingers, and I back up until my legs hit the cold stainless steel of the walk-in cooler. He puts a hand on either side of my head and leans in, his body close to mine. Our gazes tangle for long, silent beats before he finally speaks. “I don’t have toseduce you, or you don’t want me to?”

I lick my lips. My heart is pounding, my body asking for so much more than I should ever want from Jake. “I don’t think we need to over-complicate this.”

His gaze drops to my lips. “Does it make you uncomfortable when I’m close to you?”

“Why is that, Ava?” He dips his head, and his mouth is so close to mine that speaking or moving at all feels intimate. “I know you feel this. I see it in your eyes.” He tilts his head to the side and runs the bridge of his nose along the column of my neck. “In the flush of your skin,” he whispers in my ear. “I hear it in the hitch of your breath. And before you threw the brakes on your own pleasure last night, I could feel it in the arch of your back, and the way your hips moved under me like you wanted to rub against me.”

My eyes float closed. His voice is low and husky, and I want more of his words so much right now. “We’re friends, Jake.”

“We’ve always been friends. That’s never going to change. But for the next few months, I’m going to be more than that, so it’s time for you to get used to the idea. I’m going to do things to you that are a hell of a lot more pleasurable than a fucking burger can ever be. Don’t fight it.” He nips at my neck and sucks. When I release a soft cry, he groans into my ear. “Christ. You’re going to be my undoing, Ava.”

I’m not sure what he means by that, and I’m in no position to ask. If I weren’t leaning against the cooler, I’m pretty sure I’d be in a puddle on the floor.

He backs up, and there’s so much heat in his eyes that I don’t know if I should shut this down before we do something we regret or drag him back into his office and shut the door. I’m walking on a dangerous precipice, and I’m terrified. I like the earth steady and solid beneath my feet, but Jake’s offering the wind in my hair, the thrill of the fall.

His tongue touches his bottom lip as he gives me a final once-over. Then he disappears through the swinging door. My heart is hammering, and my skin is tingling, and I’m not even sure what the hell just happened. 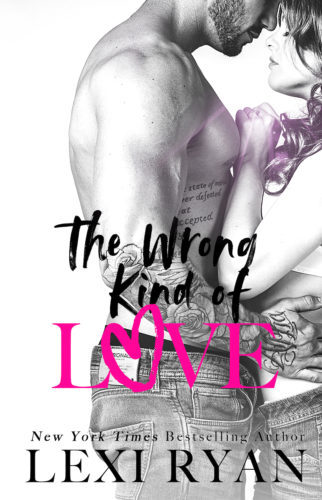 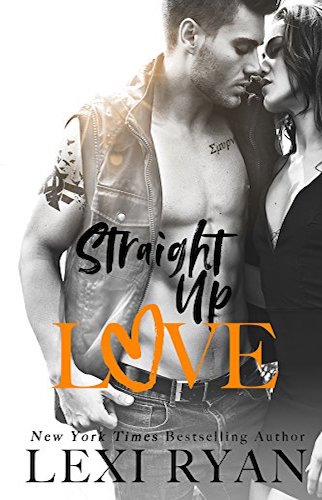 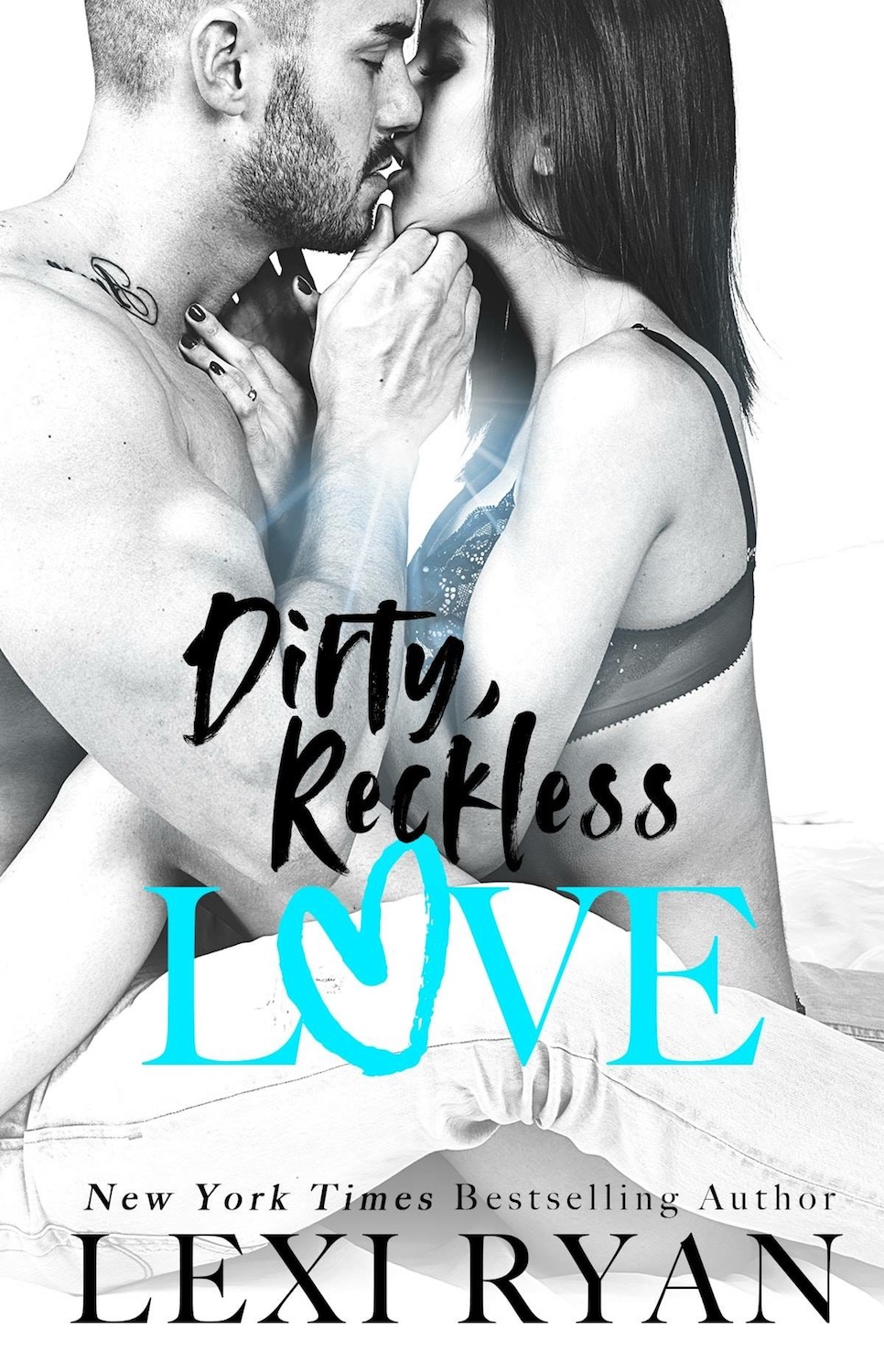 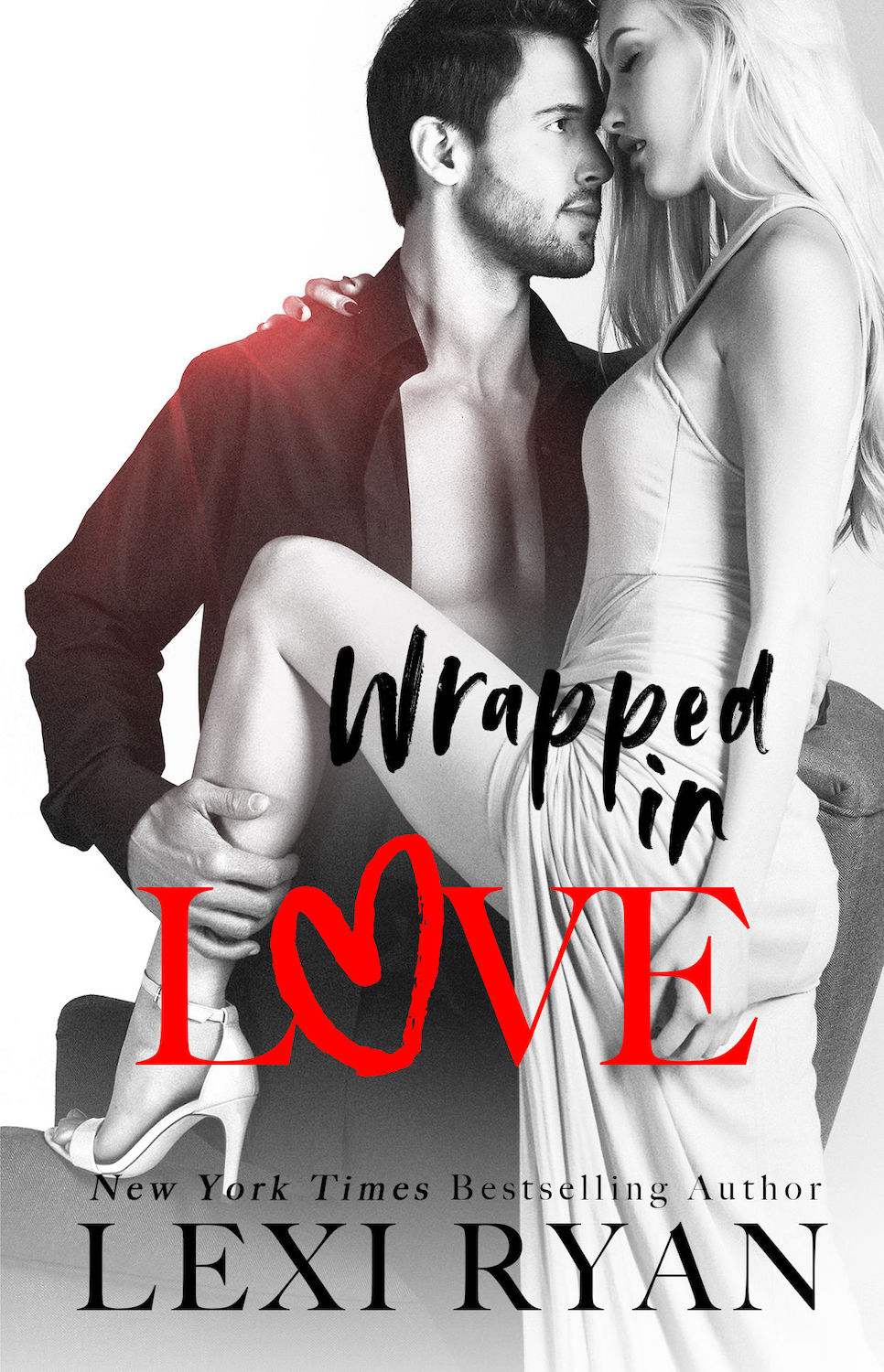 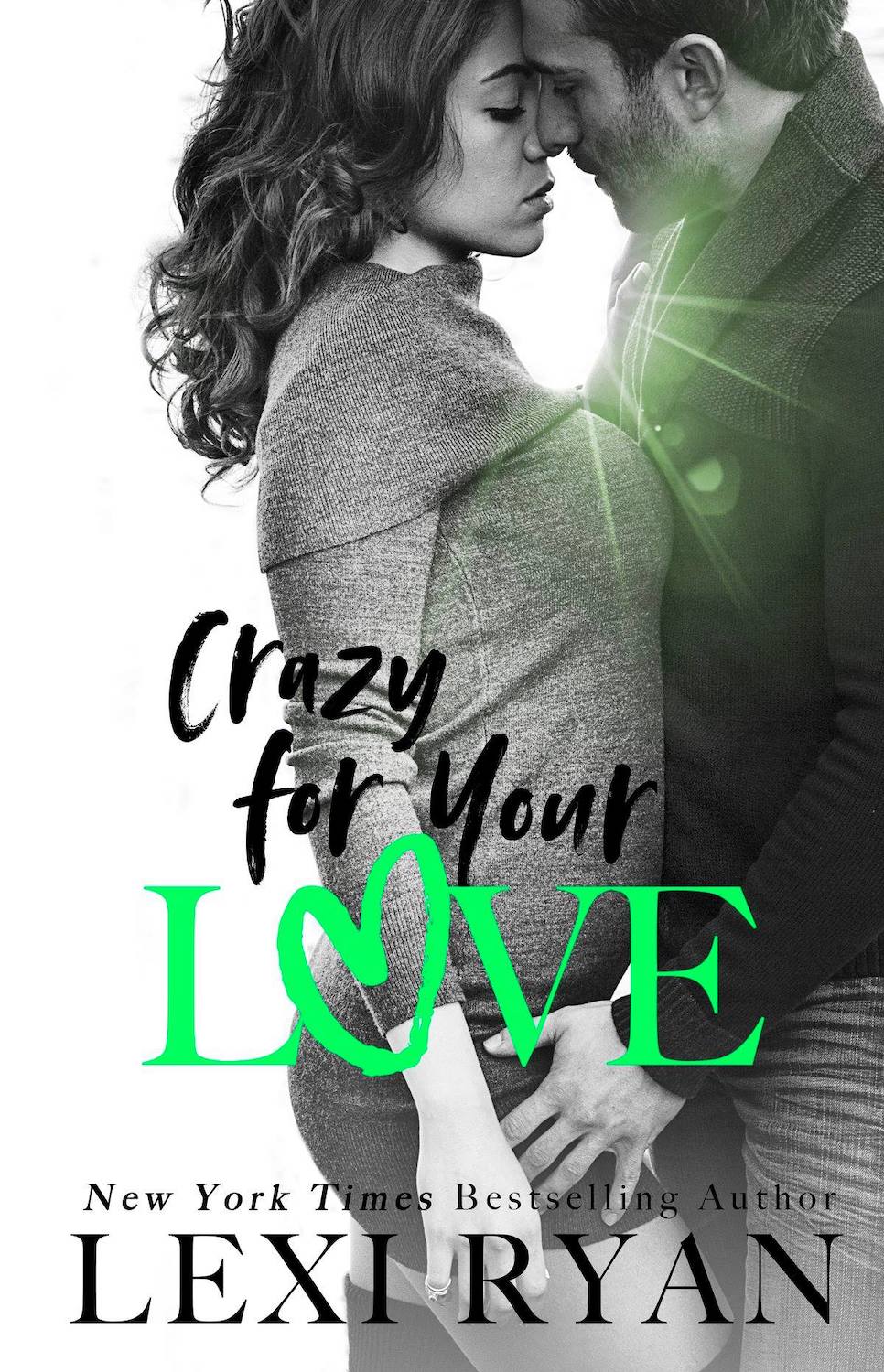 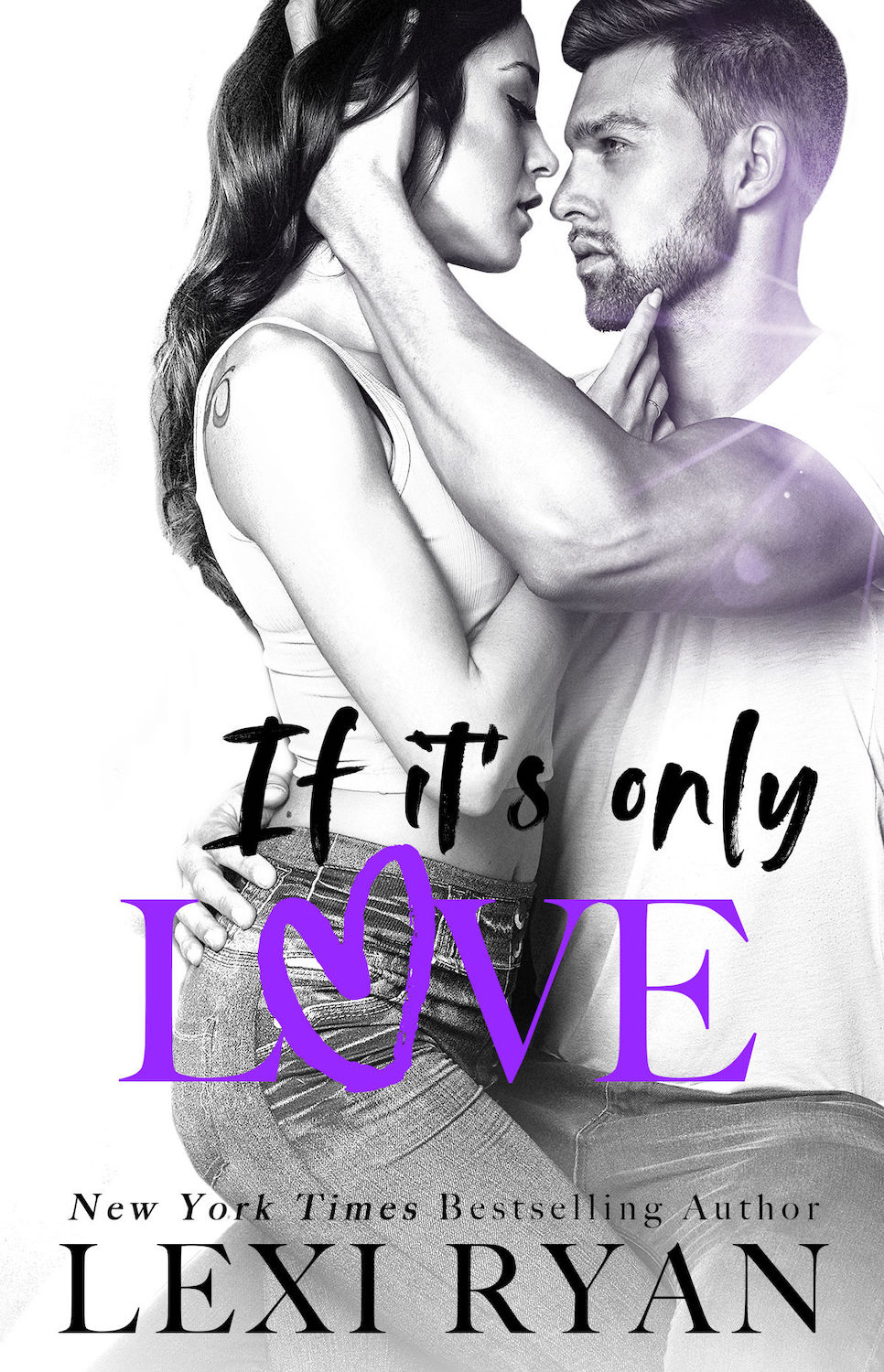