Thea Landry has always known her place in modern-day society. It’s somewhere just above the trash can her mother dumped her in as a newborn but below the class where much comes easy. With her tattered shoes and bargain-bin clothes, her life has never been full of glamour.

So when a rich and charismatic man takes interest, she doesn’t fool herself into thinking their encounter is anything more than a one-night stand. Months later, she’s kicking herself for not getting his phone number. Or his last name. She’s given up hope of seeing him ever again.

Until one day, years later, Logan Kendrick waltzes into her life once more and turns everything she’s built upside down. This time around, she won’t make the same mistake. She’s going to fight to keep him in her life—not for herself.

But for their daughter.

“Please, don’t take her away from me.”

With her Jamison Valley series and its motley crew of characters that have made us love each new story more than the last, Devney Perry’s books have quickly become synonymous with small town romances that are sexy, charming, and everything in between, and while she continues to spread her wings by crafting compelling, well-written, vibrant stories that never fail to resonate with readers, Perry is once again staying true to her roots. We are back in small-town Montana, with a book that combines two of my favourite romance tropes—a surprise pregnancy and a second chance romance—but this story is far more than just that. It’s complex and intense, thoughtful and heartwarming, and with a subtle thread of suspense running through it, every word was like catnip to me.

“Thea has spent her whole life fighting. Don’t make her fight you.”

A forgettable New York City hotel bar might have been where a young bartender and a handsome lawyer first met, but nothing about the instant spark between them ever felt anything less than extraordinary. They would share a single night of unbridled passion, giving them both memories they would cherish for years to come, but for Thea Landry, that night would also change her life forever. Because nine months later, she would find herself staring into the eyes of a little girl who would instantly become her everything.

My childhood had been full of disappointment. I didn’t want that for Charlie. I didn’t want her to know that people let you down more often than not and that counting on others was usually pointless.

So when six years later, Logan Kendrick walks into a dingy little bar in the middle of Montana while in town for work, the last person he expects to find there is a woman he always hoped he’d see again, or to discover he is a father. But as his initial shock quickly wears off, Logan becomes determined to not only get to know his daughter better, but her mother, too.

“Do you think she’ll like me?”
The air whooshed out of my lungs and I wanted to cry again. He wanted to know her. Logan wanted Charlie. “She’ll love you.”

With only a week at his disposal before he has to return to his busy life in New York City, Logan relishes any opportunity he gets to spend time with Thea and their five-year-old, embracing fatherhood with enthusiasm and glee, while slowly falling in love with a woman who won’t let herself believe in fairy tales, especially those that seem doomed from the start.

The one thing I’d always wanted to be was part of a family. A real family. The illusion of Logan with me and Charlie was too tempting to pass up, even if it only lasted a while.

There is something utterly irresistible to me about a story that centres almost entirely on the internal struggle of its lead characters, as opposed to external forces trying to keep them apart. In Logan, we find a hero who is faced with the challenge of wanting to have it all—a successful career and a happy family—and having to figure out a way to make room for two people he can’t live without when his old life won’t allow it. And in Thea, we find a young woman whose life has taught her to distrust people, but who has worked hard to build a life she can be proud of, a life where her child is truly happy. Her need to put herself and her daughter first, and thus take control of her own destiny, leaps off the page and speaks to anyone who’s ever felt torn or desperate to feel loved. Logan and Thea are polar opposites in many ways, but their romance makes a compelling argument for the beauty of a life that is simpler, more balanced, and ultimately more worthwhile.

…unlike fairy tales, there was more to real happiness than just being with someone you loved. Loving yourself was just as important. So was finding a place where your soul was at peace.

Devney Perry has proven time and time again that she is a great storyteller, her tender romances capturing us from the very first page, and leaving us with a heart so full, it feels like it’s overflowing. There’s something magical about a story that pulls you in, grabs hold, and won’t let you go, and while I wish I could have stayed even longer with these characters, I already cannot wait for the next book in the series. 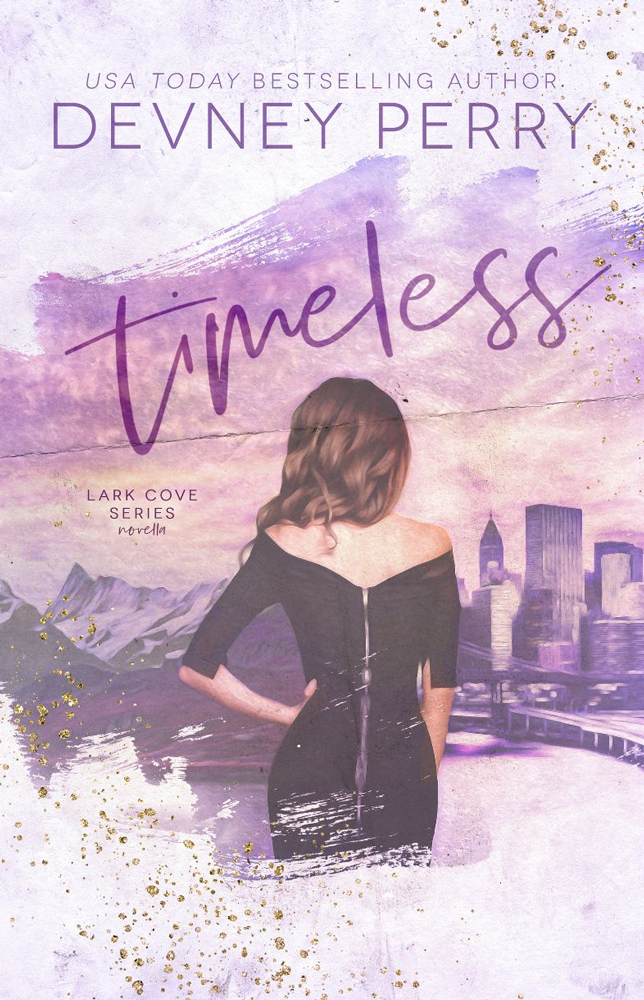 I have read your review three times already. Even as I start this book now I’m still drawn to it. Beautifully written…

Awesome review! I also loved Logan’s all out commitment to making Charlie priority number one!! SWOON!!