Heir to a media empire.

…and my new boss.

I could have impressed him, if not for last month’s unforgettable one-night stand.

I left it with more than orgasms and a pleasant memory—namely, his wallet.

Now he’s staring me down like I’m the dirt under his Italian loafers, and I’m supposed to take it.

But the thing about being Judith “Jude” Humphry is I have nothing to lose.

Heir to a stack of medical bills and a tattered couch.

When he looks at me from across the room, I see the glint in his eyes, and that makes us rivals.

Every day in the newsroom is a battle.

Every night in his bed, war.

But it’s my heart at stake, and I fear I’ll be raising the white flag.

He’s the king of New York. She’s just a struggling girl from Brooklyn. It was supposed to be a dirty one night stand. But turned out to be so much more…

An all-new sexy, enemies-to-lovers romance is coming next month from author L.J. Shen, and we have the gorgeous cover.

He had an American accent. Not French. American.Smooth. Familiar. Ordinary. He fired out sentences at the speed of light. I heard him, but I couldn’t listen. Shock gripped my body as the pieces of the puzzle fell into place. My dirty one-night stand was my boss. My lying, American boss. And now I had to deal with that—hopefully for a very long time, because I desperately needed this job.

Someone snapped their fingers, and my gaze shot from Célian’s face to Grayson.

His forehead had crumpled into a frown. “You look like you’re trying hard not to cry or having a really intense orgasm. I’m hoping for you that it’s the latter and some kind of a weird-slash-awesome condition. You okay?”

I nodded, scraping up a smile. “Sorry. Zero orgasms happening under this dress. I just zoned out for a second.”Lies. I was about to orgasm just remembering how good Célian had felt parting my thighs with his big, callused hands and dipping his tongue into my slit.

Then words stopped streaming down on everyone’s heads like a scalding shower, and I realized that indeed there was something worse than hearing Célianspeak in his perfect American English. And that was nothearing him speak at all. Because now the icicles were pointed at me like a cocked gun.

I glanced up to meet his gaze. He stared at me for exactly one second before his focus snapped to Grayson. “Am I understood, Gregory?” he asked.

Célian jerked his chin toward me. “Your cover girl material is going downhill.”

He recognized me, and I knew it. His eyes had kindled, melting the ice and growing darker the minute our gazes mingled. He remembered, and maybe it killed him that I was here in the same way it buried me.

I want my iPod back, my gaze told him. I had over three thousand songs on that thing, and they were all too good to be wasted on that jerk.

“Jude Humphry. Junior reporter. It’s her first day,” Grayson highlighted, almost pleadingly. He shifted in my direction, as if he might need to physically protect me from the sharp-tongued, suited monster.

I suppressed a smile when I realized I’d told Célianmy last name was Spears. Well, he certainly wasn’t a Timberlake. He was a Laurent. An American monarch through and through. A billionaire, a powerful force, and judging by our one and only encounter—a raging playboy.

This man was inside you, I internally shrieked. And not just once. His cock was buried so deep in you, you screamed. You can still taste the salty, earthy flavor of his cum.You know he has a freckle on his lower back. You know what sound he makes when he empties inside a woman.

I internally thanked my mind for ruining my panties in public, and nodded. “Pleasure to meet you, sir.” I offered him my hand, my face flushing with embarrassment at my choice of words.

Everyone was looking at us, and there were at least fifty people in the room. Célian—if that was even his name—ignored my outreached hand. Instead, he turned his face to the man beside him. “Mathias, any other words of wisdom?”

Mathias? Wasn’t that his father? Just how cold was the man with the icy blue eyes?

“I think you touched everything,” said the big boss—and he did have a heavy French accent, so at least the lie had a seed. Mathias stared at me placidly, like he could read the secret his son and I shared on my face.

Célian spun toward me, uncuffing his cufflinks and rolling his sleeves up his veiny forearms. “Accounting can go back to their unfortunate line of work. Couture is excused from this meeting—though not forgiven for their horrid blog. Miss Humphry?” He snapped his fingers impatiently.

He was already waltzing down the narrow hallway, knowing I’d chase him like a puppy, and no doubt taking pleasure in that fact.

I shot Grayson a please-save-my-butt look. His eyes said, I would but I still have a life to live.

I followed Célian down the hall, my Chucks slapping the floor in a hurry. He sliced through the throng of accountants, then stopped at a corner office, opened the door, barked “Out!” to the man inside, and tilted his head for me to go in. I did. He closed the door, and it was just the two of us.

Two feet of empty space between us. 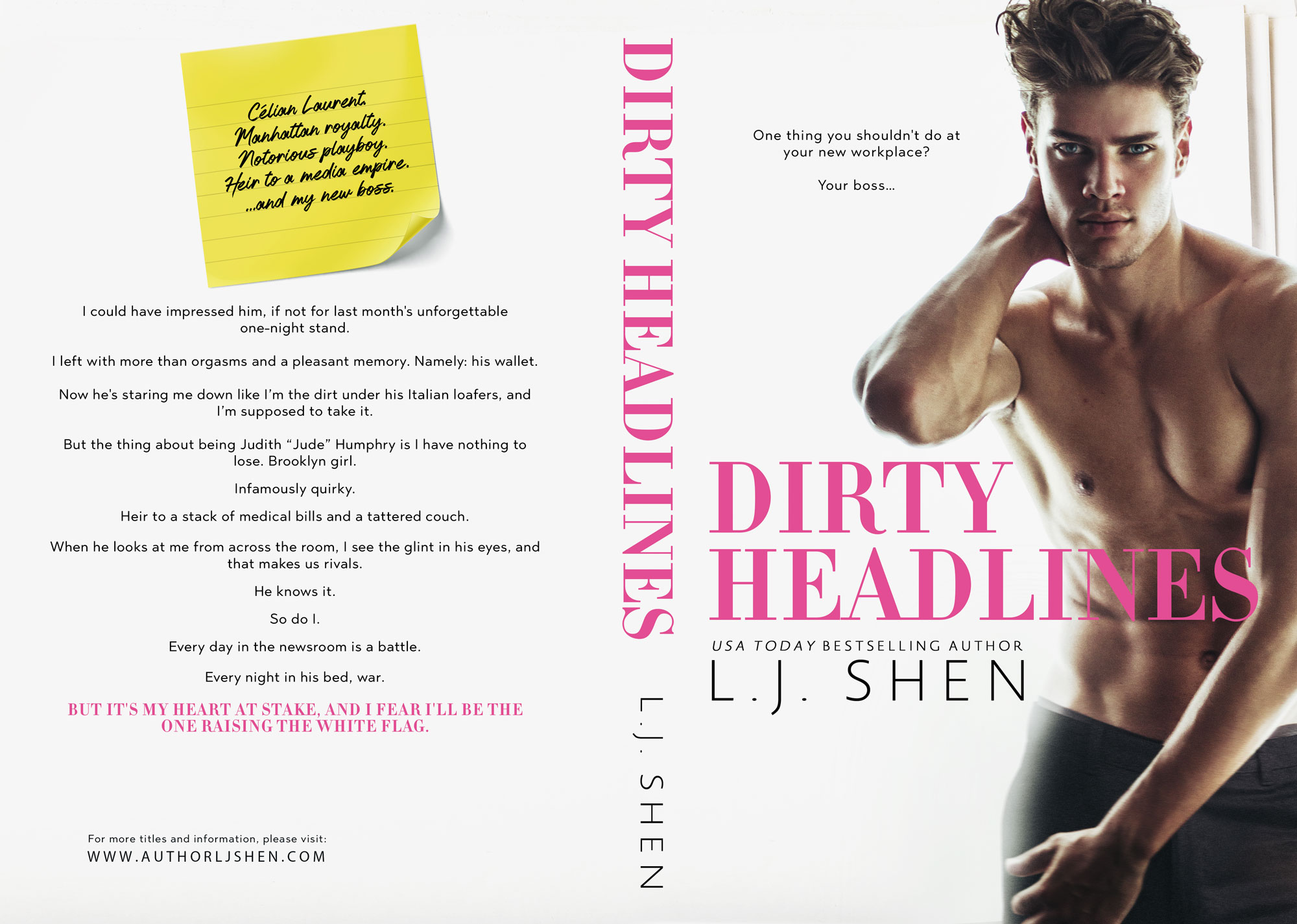