Ophelia Bishop was a lovestruck teenage girl when she and Kyle Kimpton chased their dreams to Hollywood. Kyle’s dreams came true. Ophelia’s did not. When Kyle chose his career over their relationship, Ophelia returned home to rural New York to run the family’s B & B—wiser, and more guarded against foolish fantasies. Now Kyle has come crashing back into her life, and all her defenses are down.

Kyle can’t think of a better place to write his latest screenplay than his hometown. After all, that was where he met the heart of his inspiration—his first love. He knows the damage he’s caused Ophelia, and he wants a chance to mend their relationship. If anyone can prove to Ophelia that happy ever afters aren’t only for the movies, it should be him.

As much as Ophelia’s changed, she still has feelings for Kyle. But her heart has been broken before, and she knows that Kyle could run back to Hollywood at any time. She gave up her dreams once, but maybe she can dare to change her own love story…one last time.

A love story will be rewritten in a heartfelt new second chance romance from Jennifer Probst, and I have a sneak peek for you.

Ophelia sat on the edge of her bed and moaned.

What had she done?

Opened her door to the enemy and allowed him full reign. After boldly claiming he’d never be welcome to stay, she had let Kyle take over the inn, tuck her in, give her meds, and wipe her brow. He’d slept in the chair the last two nights, refusing to leave in case she needed something, just like a caring husband.

Ex-husband, she reminded herself. What a mess. Why couldn’t he have been a jerk?

She’d expected him to be judgmental about her decision to take over her mother’s inn. God knows, for years he’d told her staying in their small town was a trap. He’d spun dreams of Hollywood fame and glory as the only route to true freedom.

But not once had he said anything derogatory. Obviously, he cared about doing a good job, which was way more than she ever expected.

“How are you feeling?”

She looked up. He wore dark-wash jeans and a Tommy Hilfiger red plaid shirt with the sleeves rolled up. His golden hair was tousled. The scruff hugging his mouth and jaw was a bit rough and piratelike, giving him a sexy, dangerous look.

His deep-green eyes met her gaze and pulled her in; his lush lashes only added to the shocking intensity of contrasting color. He leaned against the doorframe, the denim stretching tight over his powerful thighs, arms crossed over his broad chest. He simmered with masculine energy and a delicious potency that made her glad she was sitting down. Her body zinged to life after a long starvation period. She tried to beat it back into complacency and cleared her throat.

He strode in with a panther’s grace and rested the back of his palm on her cheek. “Fever broke,” he murmured, his gaze sweeping over her disheveled appearance. “Still holding down the tea and toast?”

“Yes. I think I’m past the worst of it. I took a shower, and I’m ready to get back to work. I can’t believe it’s Monday. I missed the whole weekend.”

His golden brows slammed together. “Don’t push too hard. I’ve already handled breakfast, checked out the Rileys and Porcinis, and confirmed what time Aubrey is coming to prep rooms. It looks like your next guests arrive tomorrow, so you should be able to have a light day.”

She blinked, trying to gather her composure. “You did all that already?”

“Yes, and I’ve got a new appreciation for your job. I had no idea guests could be so demanding.”

His rough admission softened her resolve to be distant. “Still no issues with the skiers?”

“Like guys at a frat house on vacation. Good guys, though—just needed to keep on top of them. They almost broke that antique lamp thing in the dining room. Guess they thought it was a good idea to test their strength by body slamming each other. Or maybe it was just the beer.”

“Yeah, I’ve gotten a lot of practice at being a den mother plus hostess plus substitute mom.”

She moved to the edge of the bed, but he suddenly kneeled in front of her.

“I don’t want you to overdo it. You don’t handle being sick well,” he said.

A ghost of a smile touched her lips. “Hey, I’m nothing compared to you. Remember the ‘man cold’ incident?”

He winced. “It wasn’t just a cold. It was the swine flu. I could have died.”

Her smile widened. “You stayed in bed for three days and never had a fever or a sniffle.”

“Your memory is selective. I threw up.”

A giggle burst from her throat. “You gagged twice and proclaimed yourself deathly ill. You made me give you a bell!”

He looked affronted. “It was the only way I could be sure you knew if I needed something.”

“Oh, I knew all right. You rang that damn thing a million times, asking for water, the remote, an extra pillow, fluffier blankets, tissues—”

“Worked fine until you broke it,” he grumbled.

“You mean when I threw it against the wall and declared your sick days over? Best decision I ever made.”

“Some caretaker you were.”

They grinned at each other. He reached out and touched her cheek, but this time it wasn’t to test her temperature. “God, I’ve missed your smile.”

Her breath strangled in her chest. She tried to rally her defenses and stiffened, pulling back.

His hand dropped, and he stood back up.

Why did he look so regretful and pained? He had no right. No right to make her feel such things after she’d locked them tightly away and thrown away the key.

She forced herself to meet his gaze and say the words. “Well, thank you for helping me. I don’t know what I would have done.”

“Thank you for letting me.”

She eased to her feet, relieved her legs held well. “I’m sure you have a lot of writing to catch up on, and you probably haven’t slept well. I’ll text Ethan and let him know you’re on your way back and—”

She froze. The soft words wrapped around her like a cocoon, squeezing away her resistance.

He stepped in front of her, hands raised in surrender. “I know you don’t want me here, but I’m asking again. I promise you can set the rules, and I’ll respect your privacy.” A touch of misery wound through his voice. “I feel bad about Hei Hei hating me, and Mia seeing me naked, and not being able to work. If I can just get one room, I’ll write my script and stay out of your hair. I swear.”

Ethan and Mia’s plea from last week mingled with Kyle’s in her mind. She closed her eyes, trying to think.

How could she keep saying no? Even though Ethan was at fault for lying, she couldn’t let them go on like this. Plus, he’d taken care of her.

The memory hit hard: him tucking her in, feeding her toast, smoothing her brow, changing her clothes. He’d treated her with a tenderness and care that couldn’t be faked.

God knows, it brought up an array of emotions she didn’t want to explore. Plus, he’d taken care of the inn with respect and proficiency—giving up his own time to write. Three months. One room.

She could structure a daily agenda to make sure she stayed away from him, especially if he was writing all the time. He tended to immerse himself in a project and disappear. If that still held true, the weeks could fly by painlessly. He’d spend time with Ethan, and she had guests to be her buffer in case her body did something stupid like get all melty and hot for some good old-fashioned, ex-lover sex.

Three months. One room. Then he’d be officially out of her life.

She prayed this wasn’t a huge mistake.

His sweet smile made her breath hitch. She’d always loved his smile. With his dimple, burnished hair tumbling over his forehead, and vivid green eyes, he reminded her of a fallen angel. Too bad she knew he was really the devil.

She reminded herself she had to stay strong or he’d find a secret tunnel and slink under the solid wall she’d built around her heart. “But there are rules. If you break them, you’re out of here.” 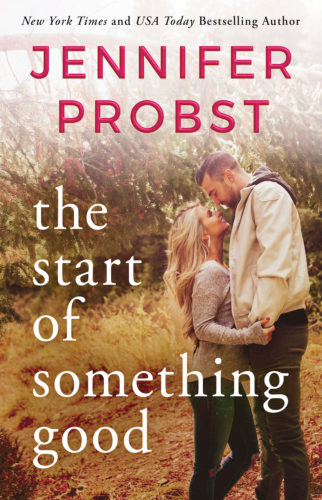 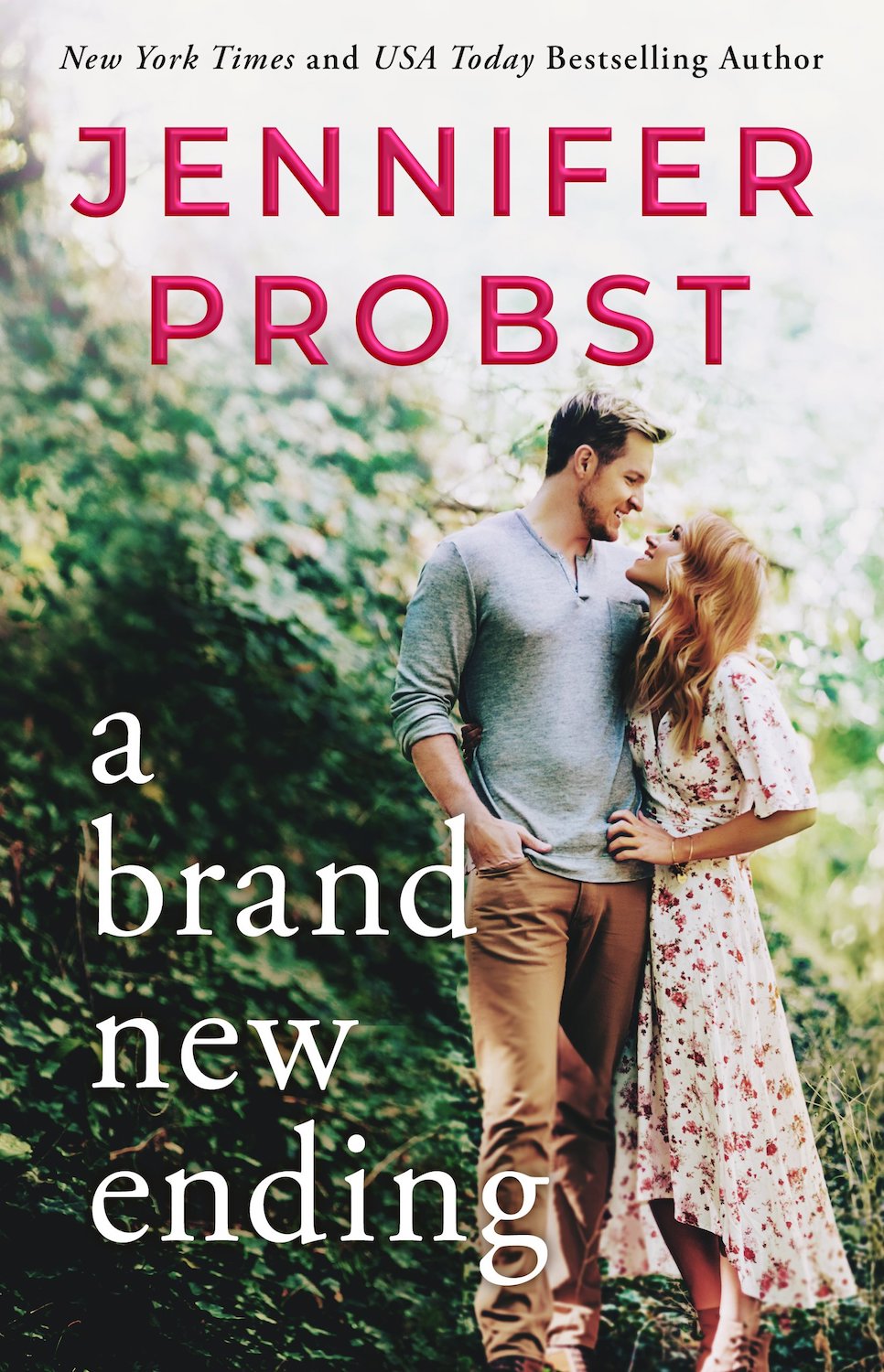 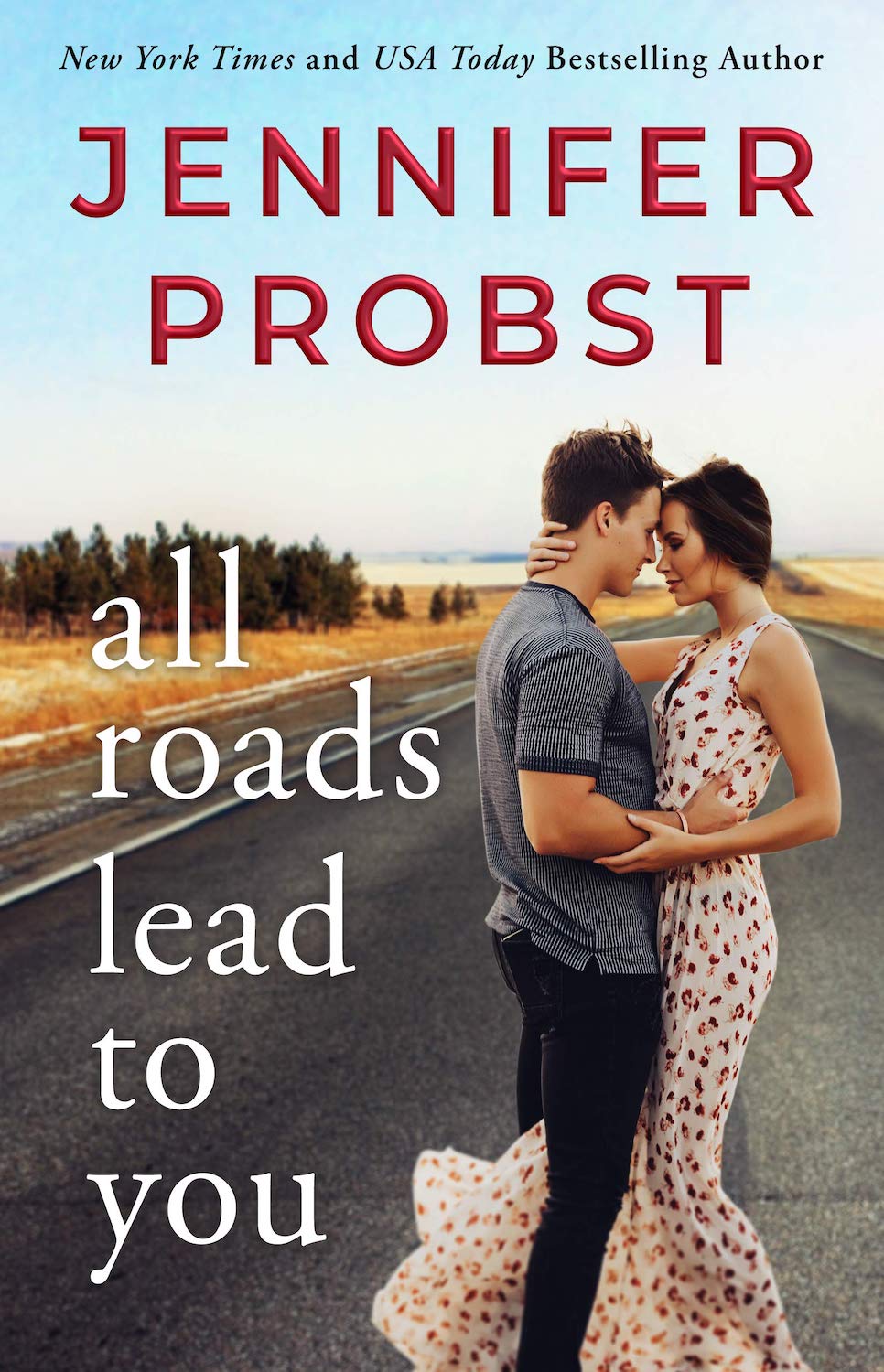 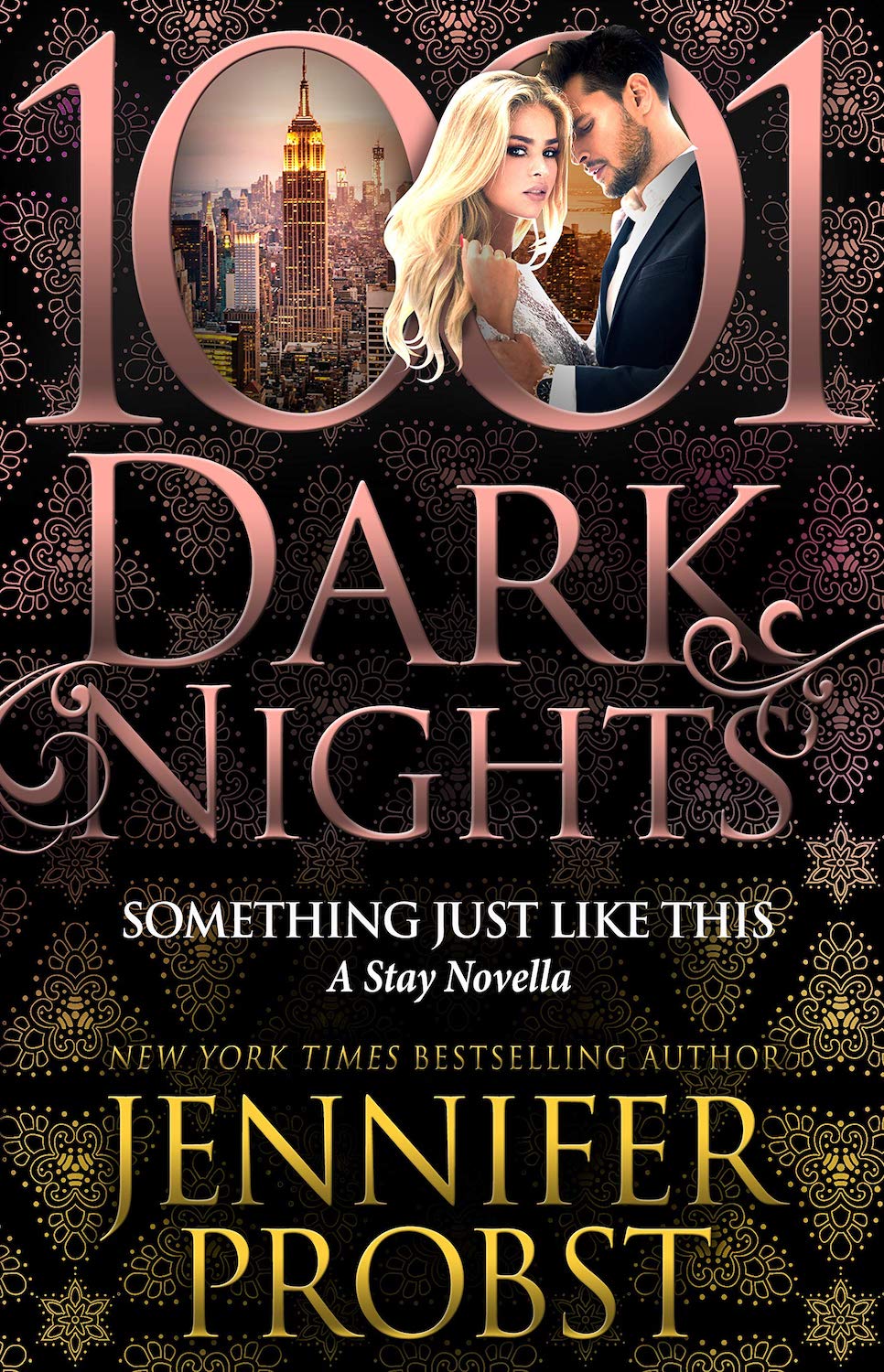 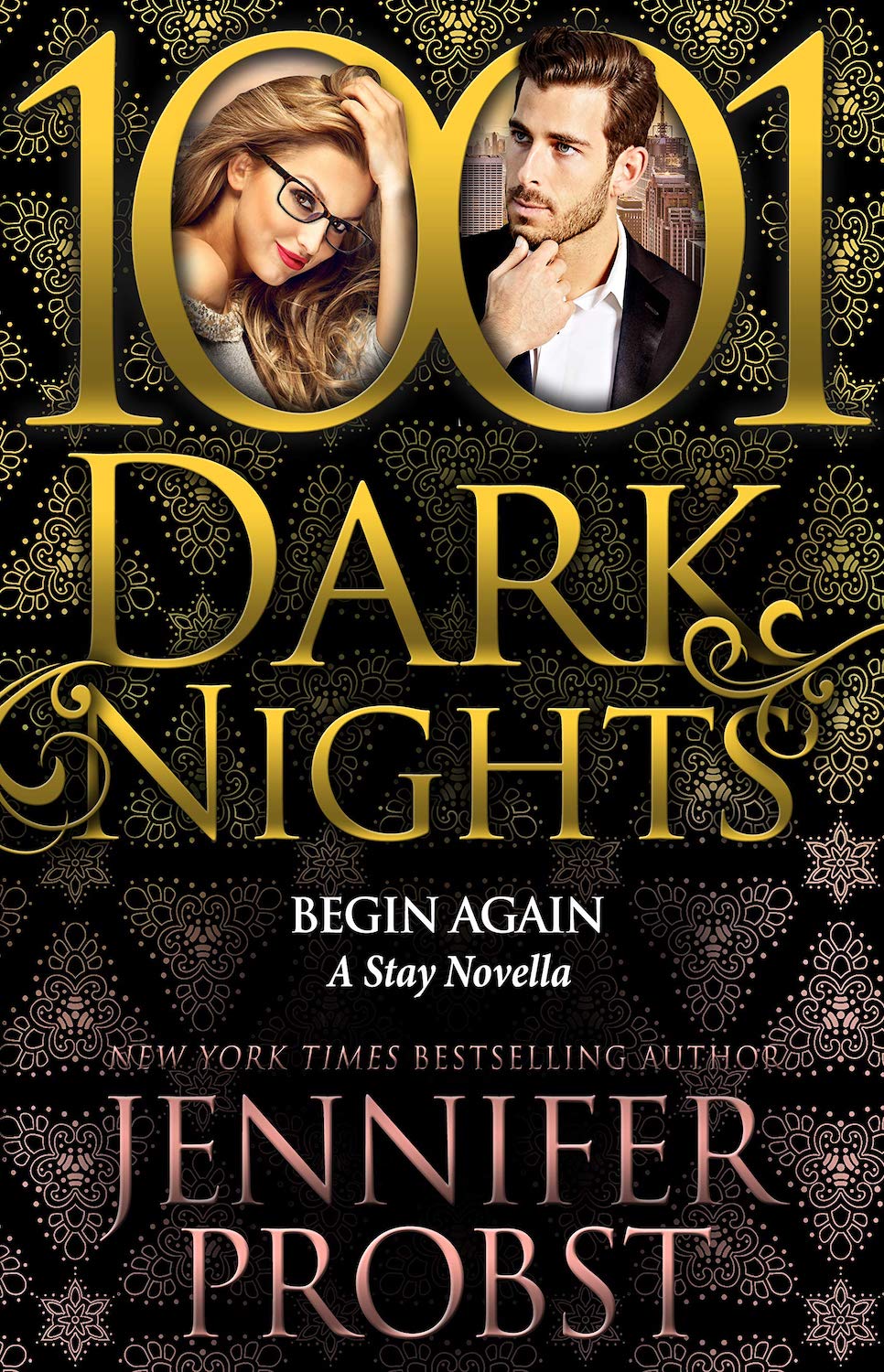 Thanks bunches for the opportunity 💯😍📚

I LOVE me some Jen Probst! Thanks for the chance.