After a whirlwind romance, a man with a painful past learns to trust the musician who makes him believe in happy endings.

Matt Argento knows what it feels like to be alone. After a childhood of abandonment, he never imagined someone might love him—much less someone like Rhys Nyland, who has the voice of an angel, the looks of a god, and the worship of his fans.

Matt and Rhys come from different worlds, but when they meet, their chemistry is incendiary. Their romance is unexpected, intense, and forever—at least, that’s what their vows promise. Suddenly, Matt finds himself living a life he never thought possible: safe and secure in the arms of a man who feels like home. But when Rhys leaves to go on tour for his new album, Matt finds himself haunted by the ghosts of his past.

When Rhys returns, he finds Matt twisted by doubt. But Rhys loves Matt fiercely, and he’ll go to hell and back to triumph over Matt’s fears. After secrets are revealed and desires are confessed, Rhys and Matt must learn to trust each other if they’re going to make it. That means they have to fall in love all over again—and this time, it really WILL be forever.

The second book in Roan Parrish’s Riven series is releasing tomorrow, and I have a sexy little sneak peek for you. This rock star romance series features interconnected characters, but each book can be read as a standalone novel.

We talked for hours. The food went cold but we kept picking at it so we had an excuse to keep talking. I’d never talked to anyone as much as I talked to Rhys. He asked question after question, told story after story. And by the end of the night—the morning, really, by that time—I felt like I knew him. I felt like he wanted to know me.

When we were both yawning and my voice was raw from talking, we finally gathered our coats and walked outside. It had begun snowing, lazy, fat flakes drifting to the ground like they could almost resist gravity. They kissed my upturned face, and the whole world felt vertiginous.

The sun was rising, painting the eastern tips of the buildings and making the air around the snowflakes glow with the promise of a new day. The promise of something magical.

I was clumsy with exhaustion now, but my mind was racing. Things felt momentous somehow, like I was standing on the edge of something more.

Was it possible for everything to change in one night? For my life to transform into something as familiar yet unrecognizable as one of Rhys’s songs?

“Matt.” Rhys said my name softly, but his expression spoke volumes. After so many hours we were vibrating at the same frequency. He took a step toward me and I leaned back against the window of the diner. When his lips touched mine, something unspooled throughout my whole body. A bright, sweet pulse of something like possibility. Like the sun rising and driving away the shadows of night.

My hands were in his hair and his arms were around me and we were kissing, kissing like we’d never have to breathe again.

I whimpered into his mouth, thinking that finally, this was it. Everything in me cried out for him.

Then he pulled away with a groan and dropped his forehead to mine.

“Matt,” he murmured again, teeth clenching as he pulled away. He held my hand and pressed a kiss to my knuckles, then stepped back. “Can I have your phone number?”

He tugged me back to him and kissed me again, softer this time.

“You’re so fucking gorgeous,” he said. “Please give me your phone number.”

When he entered my number in his phone, he insisted that I tell him my last name, and when he texted me so I’d have his, he wrote, This is Rhys Nyland. We ate the whole diner together. I hope you’ll hang out with me again, Matt Argento. You’re a delight, and three smiley faces.

I looked up at him from the screen.

“You’re . . .” I was on track to say strange. But it wasn’t what I meant, really. He looked like a Viking and moved like a rock star. He kissed like he wanted to fuck me through the wall of the diner and touched me like he wanted to wrap me up in a bear hug. And all of it just made me want more. “Sweet,” I finished. “You’re really sweet, huh?”

“Sometimes,” he said. Then he slid a hand to my lower back and pulled me flush against him. “I contain multitudes, Matt.”

The tension between us was undeniable. His large, muscular body was kicking off heat even in the falling snow, and his eyes bored into mine like he could see everything I was thinking. My breath caught, and I got half hard just standing close to him. Then he winked, breaking the tension, and took a step back.

“I’m gonna text you,” he said, brandishing his phone. I nodded, trying to get myself back under control. “You gonna answer?” And damn, there it was. That shade of vulnerability—of such explicit desire for my company—that offset what would otherwise have been arrogance.

I nodded, and his grin was brighter than the rising sun.

Several times that day and the next, Rhys texted to tell me random things he saw or thought. To ask me questions about what I was doing. Not often enough to be annoying, just often enough to make it clear that he was interested. And I . . . I couldn’t believe he cared.

A few days later, he asked me out. Did I want to take a walk with him, from the Brooklyn Bridge subway station to a pizza place he liked? It was specific enough that all I had to do was say yes or no. And of course I said yes. How could I say anything except yes to this man?

As we walked he asked me about what it had been like in foster care, and I told him about St. Jerome’s. I told him about hearing people at school complain about their parents—how strict they were, or how clueless, or how cheap. How their parents hovered over them and bugged them about their homework. About hearing the annual September conversations full of family vacations and summer activities. I told him how it had felt like they were living in a different world.

He told me about his own family, and how he guessed he would’ve been one of those kids talking about vacations at the beginning of the school year. He looked a little guilty, but there was something more than guilt. That shadow was back—the one I’d seen in the diner.

A few days after that, he asked me out again.

Will you go with me to buy a new sweater? he texted. You clearly have great taste and I really need your opinion.

I’ve never worn a sweater in my life, I replied.

He responded with a GIF of a dog poking its head through a Christmas sweater and the message, That’s okay, it’s for me ;)

Rhys must’ve tried on fifty sweaters. They all looked great on him, so after a while it was clearly a pretense to spend time with me. I started picking uglier and uglier ones and taking pictures of him posing in them. But with his broad shoulders, beefy arms, and snapping blue eyes, he looked frustratingly good even in the ugly ones.

Finally I picked a fuzzy, baby pink one from the women’s section. It looked like it had glittery thread woven into it. He pulled it over his head and leered at me, but for some reason it looked great.

“Hey, nothing wrong with a little glitter,” he said.

He grinned, eyes going hot. But I felt strange. Overly warm and shaky at the same time. Picking out clothes with him felt intimate, and the idea that he’d put on something just to make me happy? I swallowed around the lump that had formed in my throat.

To distract myself, I pulled out my phone and snapped a picture of him, turning it to show him. In the picture, you couldn’t see the glitter, just his blond hair, blue eyes, and the sharp planes of his face set off against a pink so pale it made his skin glow. Rhys raised an eyebrow at me and stripped the sweater off. But that night, I set it as his photo in my contact info. I must have looked at it a hundred times. 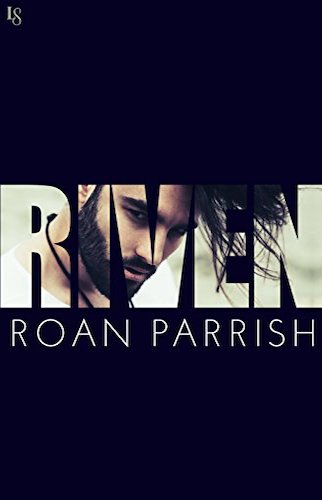 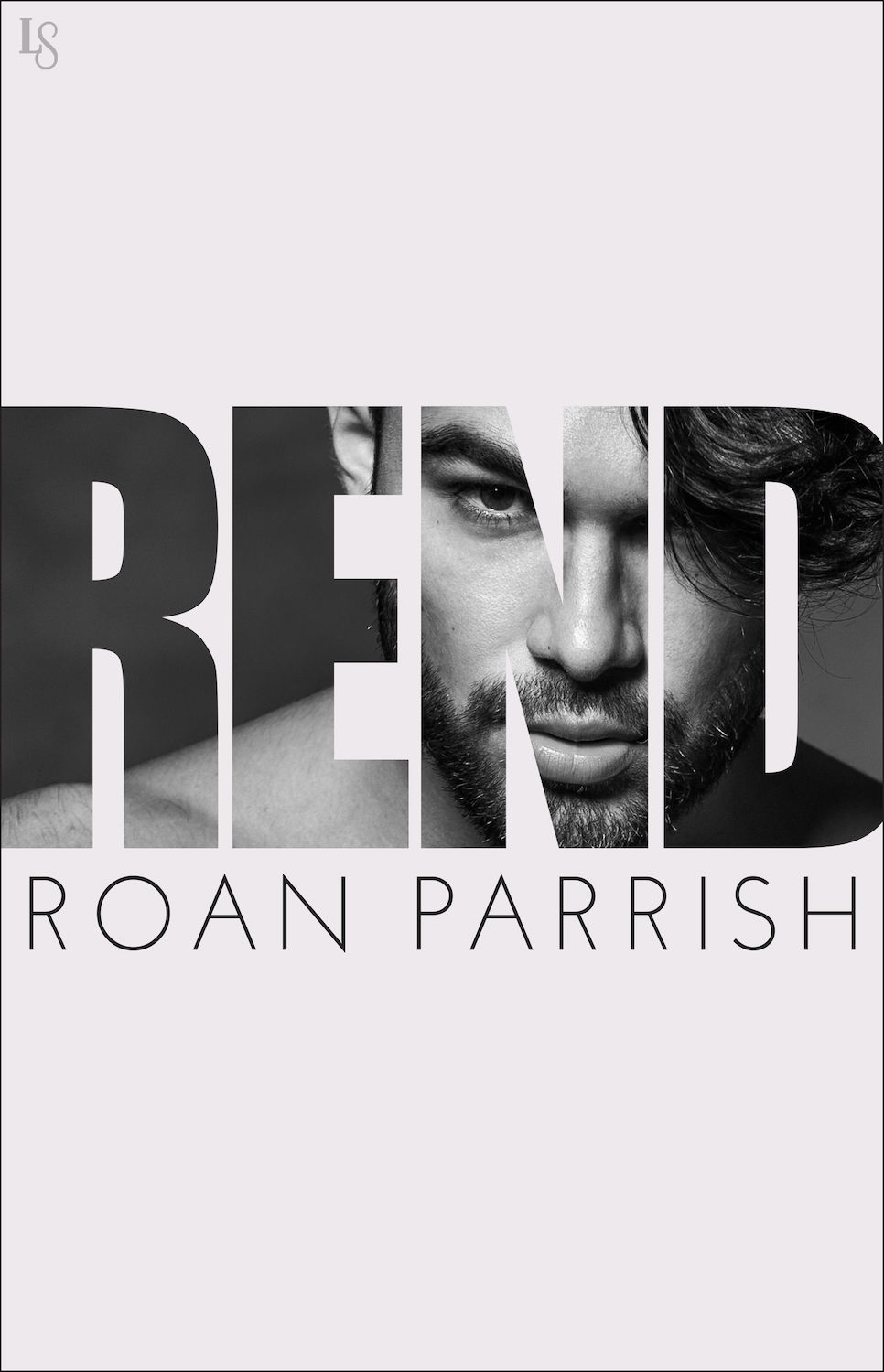 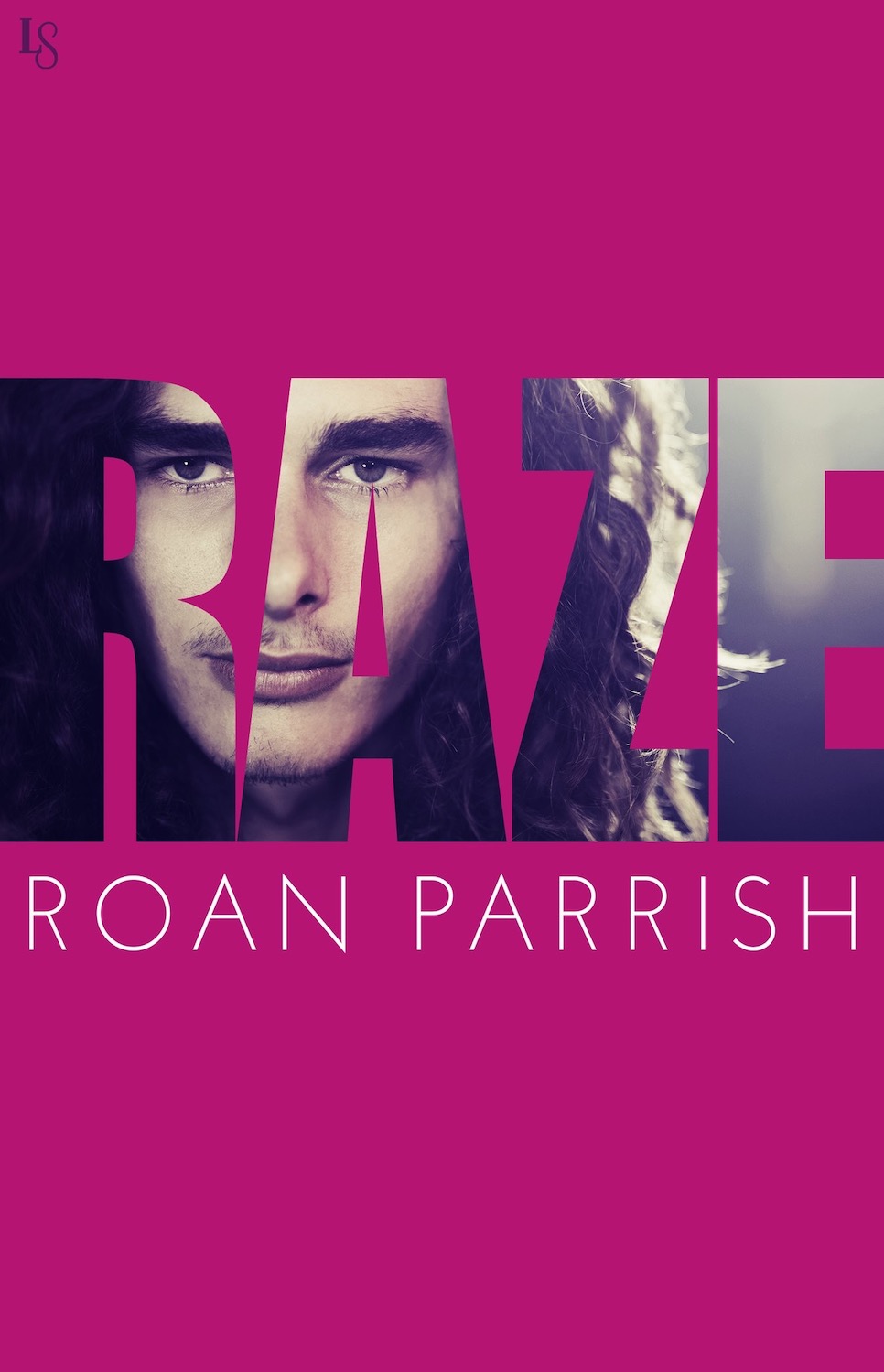