The world knows Samantha Brooks as the violin prodigy. She guards her secret truth—the desire she harbors for her guardian.

Liam North got custody of her six years ago. She’s all grown up now, but he still treats her like a child. No matter how much he wants her.

No matter how bad he aches for one taste.

Her sweet overtures break down the ex-soldier’s defenses, but there’s more at stake than her body. Every touch, every kiss, every night. The closer she gets, the more exposed his darkest secret.

The first novel in all-new sexy series from author Skye Warren is out now, and I have a sneak peek for you.

He may have legal custody of me, but I’ve never quite seen him as a father.

Something flashes through Liam’s dark eyes. Worry? “Is it the tour?”

“No, of course not. I’m ready for the tour.” Though ready isn’t exactly the word I would use to describe myself. Terrified and breathless, maybe. The interview also drove home how soon I’ll leave for the tour. Three months from now I’ll walk out these doors.

Three months from now everything will change.

Liam puts his hand on my forehead, the contact so sudden I make a squeak of surprise. “No fever,” he mutters, more to himself than to me. “Should I call Dr. Foster?”

“It’s probably nothing,” I say quickly, besieged by an image of the doctor making a house call. Wet, he would announce after an examination. And flushed. And clenching her thighs every time you look at her. It’s an acute case of lust, I’m afraid. Only one thing can cure it.

I can understand Liam’s surprise. When’s the last time I caught a cold?

In this household bodies are treated like one of the well-oiled guns in his cabinet. Organic vegetables and grass-fed beef. We sleep on a schedule designed for optimum performance. There’s no entry in the procedure for Samantha has a crush on Liam North, the man who’s taken care of her for the last six years.

“Rest,” he says, nodding his head, decisive. “You’ll take the rest of the day off.”

“I’m sure I’ll feel better tomorrow.” Maybe once I’ve hidden under the covers, touching myself and pretending it’s him, making myself come about a thousand times.

His brows draw together. It’s a strange look on him. It takes me a minute to place it—uncertainty. He’s never looked uncertain before. “Maybe I should call the doctor.”

That only makes his expression more severe. “Samantha. Are you sure?”

He doesn’t wait for an answer. Two fingers tilt my chin up. His other hand holds my face up for his focus. His thumb brushes my eyebrow. My cheek. My jaw. All entirely ordinary places on a body, somehow lit by a thousand lights. There’s no reason a man can’t touch a young woman he considers his daughter, when he’s worried that she’s sick. It doesn’t mean he wants to have sex with her, never that.

Except he looks a little shaken when he’s done with his perusal, his eyes blinking as if surprised to find himself touching me, his throat working as he swallows. “You would tell me if something were wrong.”

Not a question. It’s a statement. “Yes.”

I manage not to add sir, but only barely.

When I first moved here, I called himsir like the young recruits he trained. Yes, sir. No, sir. He inspires that kind of respect. The people from his company would raise their eyebrows when they heard me say it. You run a tight ship,they would say, sounding impressed and a little intimidated.

He told me not to, but it still slips out when I’m nervous.

You’re not under my command, he muttered in a rare show of impatience, even though it feels like I am. Who else would I be under?

It’s like he can hear the unspoken sir anyway. His jaw tightens. “Go,” he says.

He doesn’t take a step back. Instead he watches while I bend to place my violin and bow in the case and close it. I stand up, but there’s no room to stand or walk or breathe. He’s filling every square inch of the room with his broad chest and dark eyes. Logically I know that I can walk around him, that he’s waiting for me to do that, but somehow I’m standing here, one inch away from him, my small breasts almost brushing his chest when I breathe in and out.

There are foreign mercenaries and five-star generals who walk through these hallways. Large men. Muscled men, but none of them compare to Liam. There are a few sets of weights in the gym downstairs, but he doesn’t use them. You practice the way you perform. That’s what he taught me about the violin. It’s the way he approaches his work, spending hours a day in the obstacle course that takes up a few acres in back.

Soldiers ten years younger than him can’t keep up.

I know he’s a large man, but it still feels impossible to look up far enough. When I meet his gaze, awareness sparks from him to me, every place on my body that’s an inch away from his.

“Tomorrow,” he says, his voice somehow lower. “You’ll be yourself again tomorrow.”

His scent suffuses my lungs, my mouth. There’s hard, sterile soap and something earthy from working outside and the elusive musk that is Liam North. My lips part, as if to draw in more of him. His eyes darken to deep sage, though I’m not sure what it means.

My heart pounds in my chest, and I skip around him in a frantic bid for safety, a rabbit scampering away from a fox. The only reason I reach the door is because he lets me. 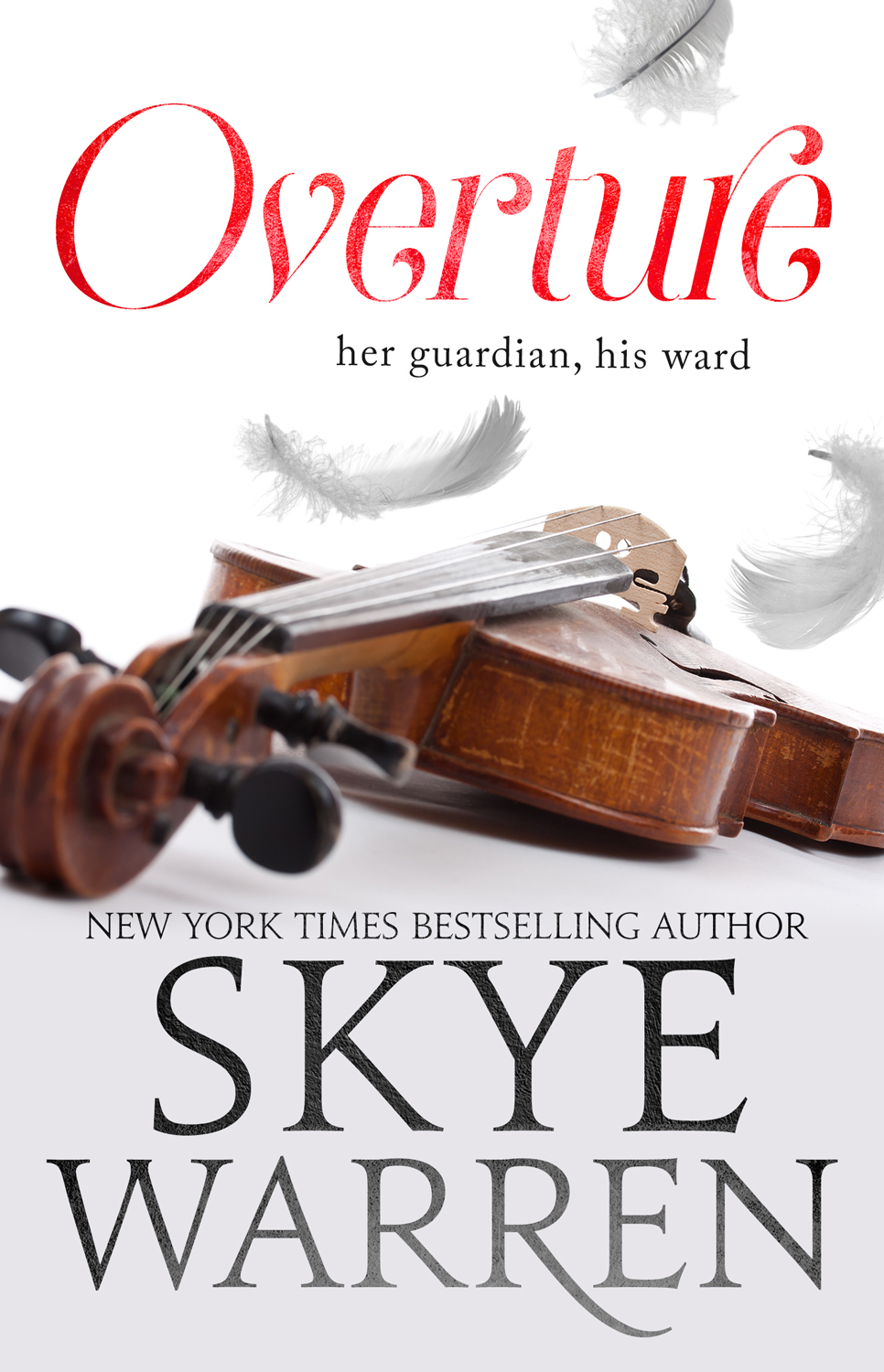 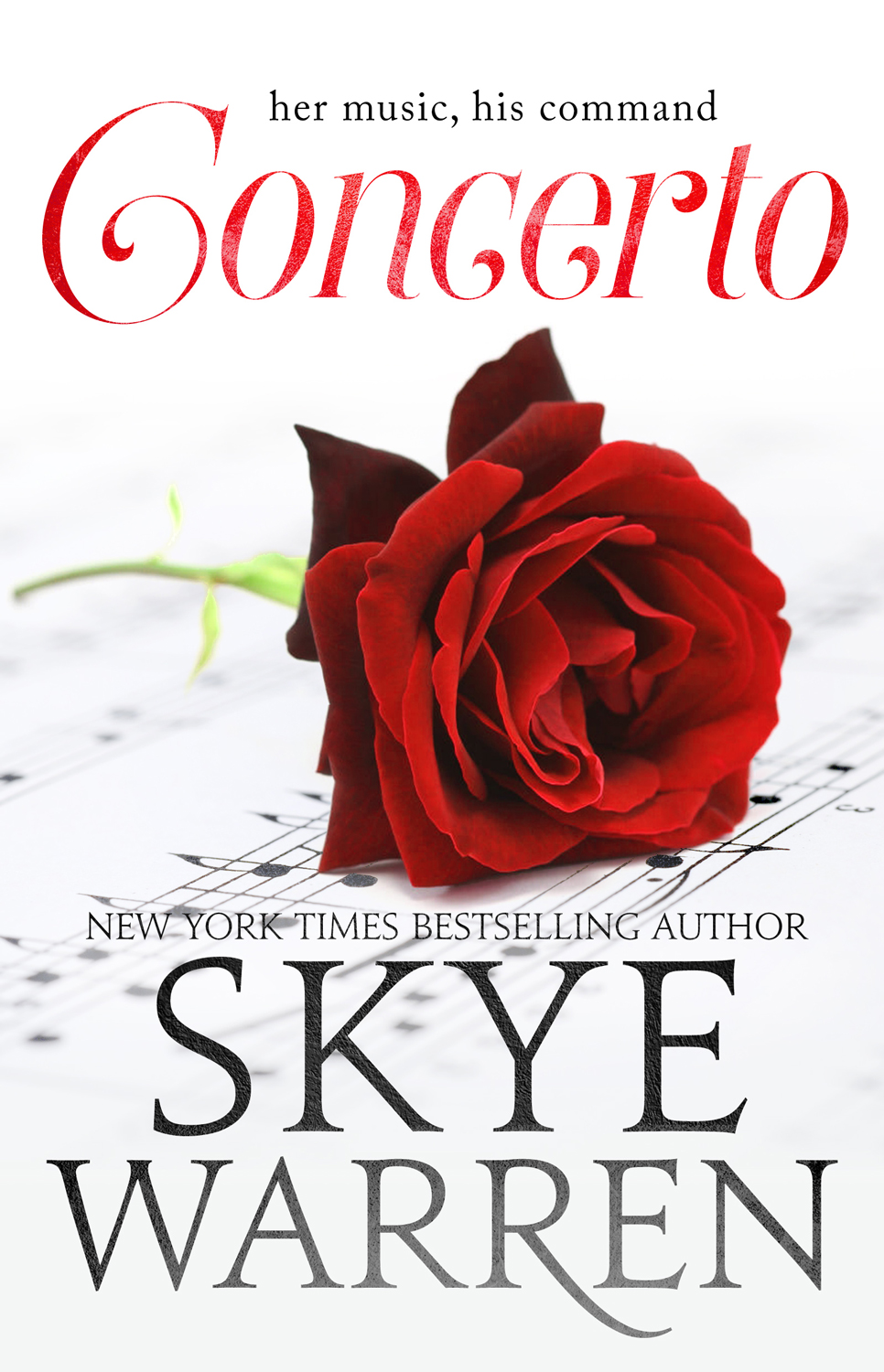 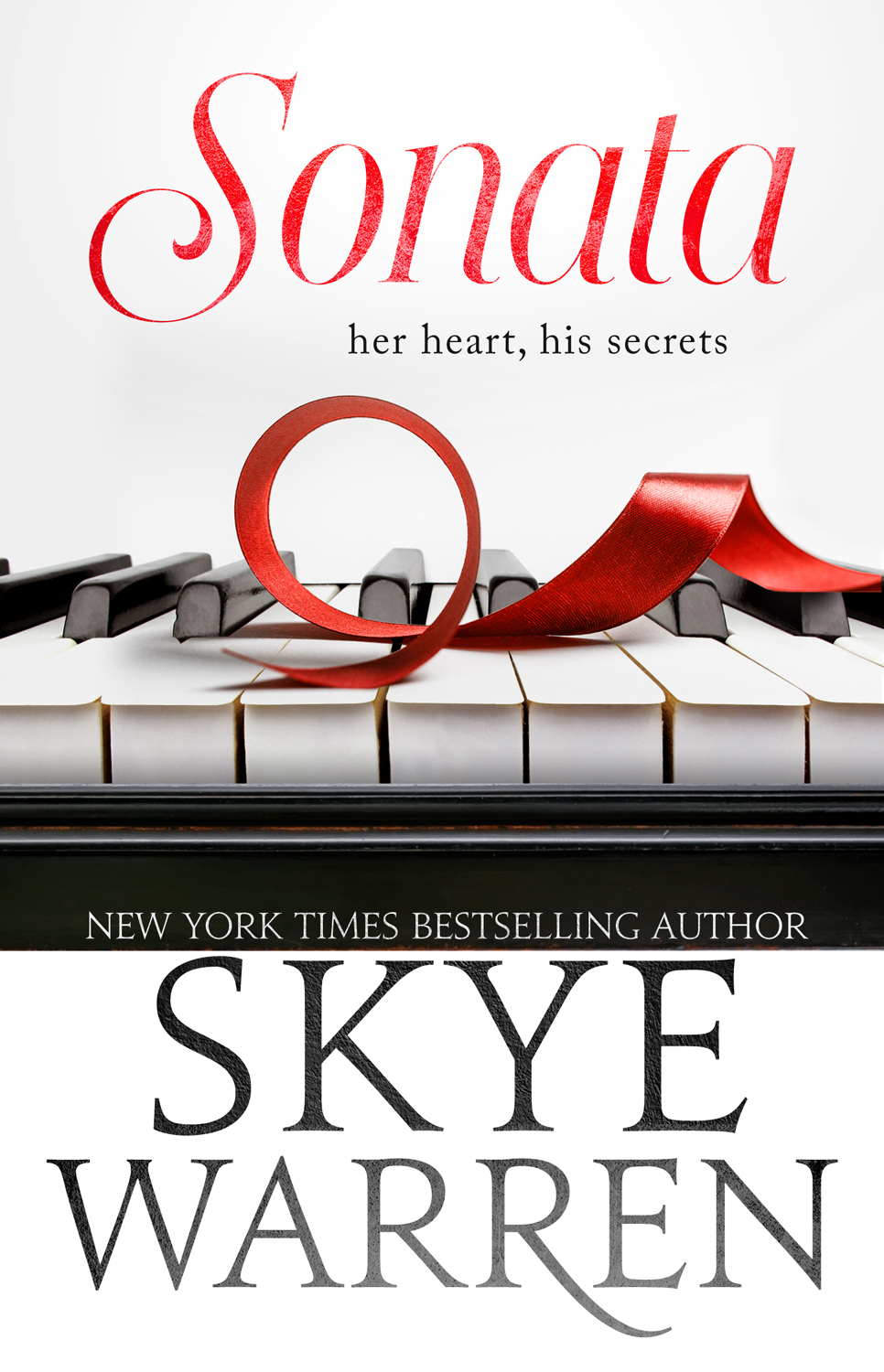 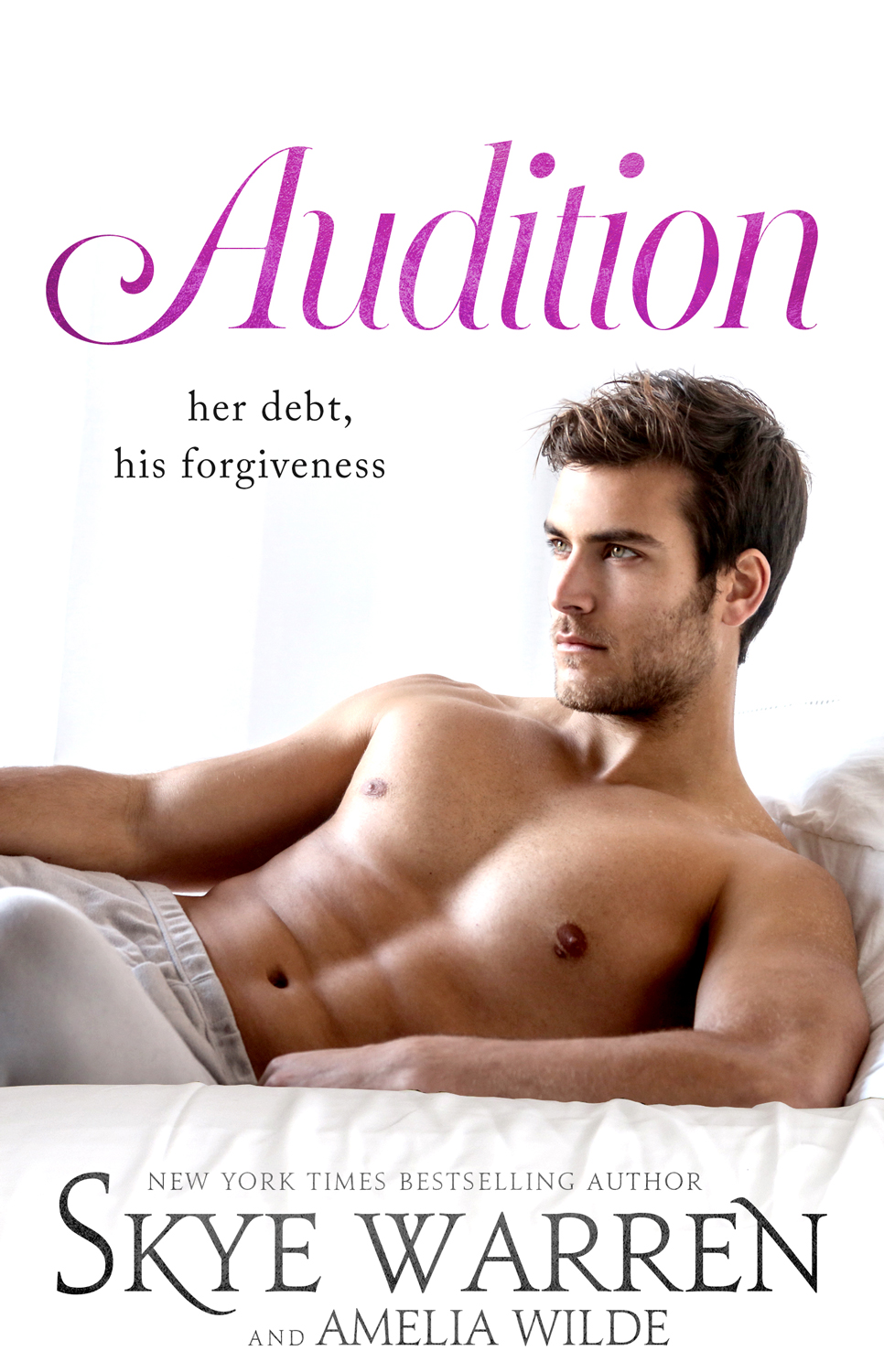 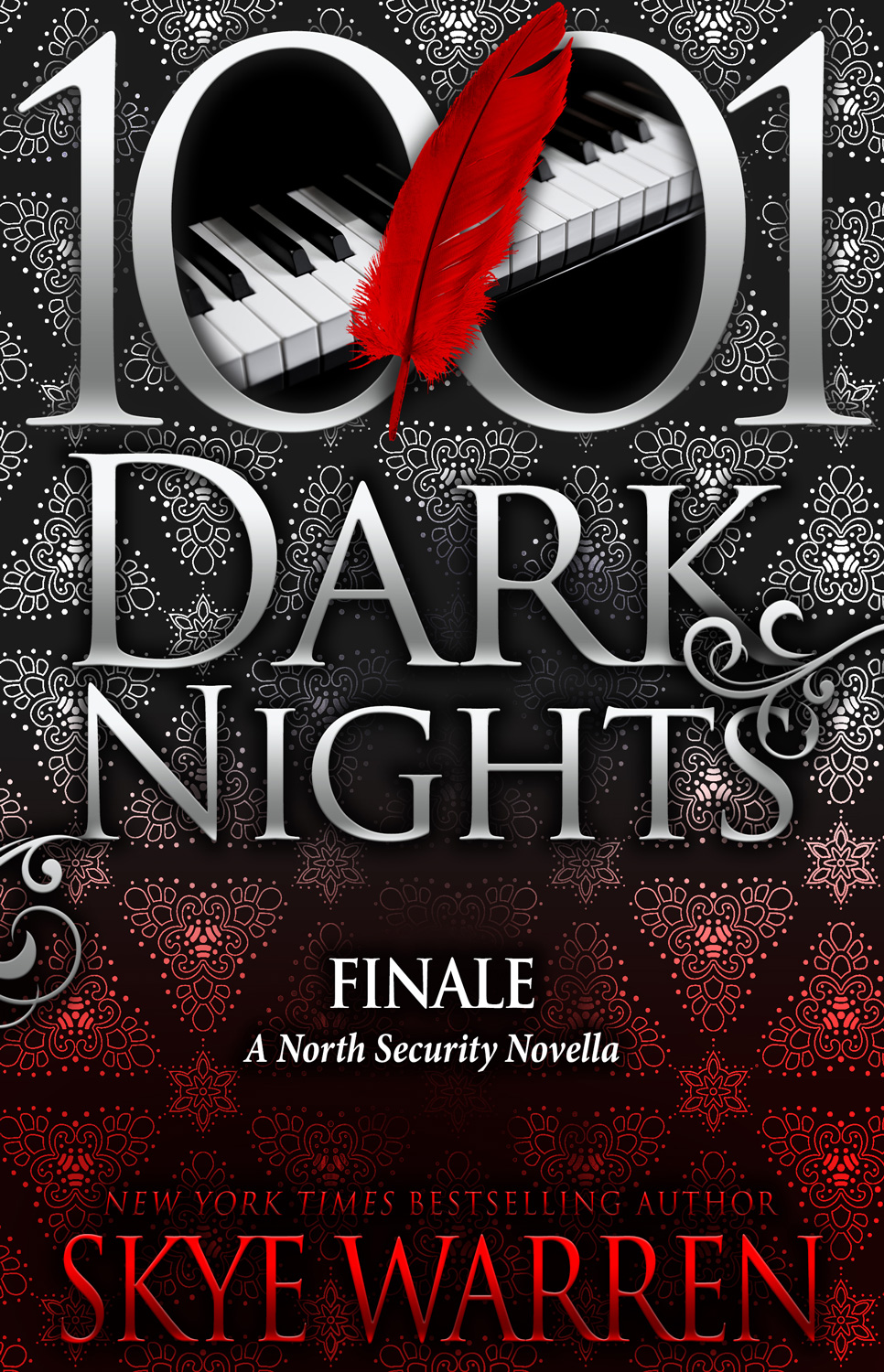