Reagan Reynolds…
Water polo god.
Owner of a face that belongs under Wikipedia’s definition of drop dead gorgeous.
Too charming for his own good.
But most importantly—the worst driver on the planet.

No, really, I’m pretty sure his blind nana taught him how to drive.

I had no idea who he was until he almost ran me over. And frankly, I kind of wish I still didn’t because then I wouldn’t have a sprained ankle to show for it. And my leg wouldn’t resemble a boa constrictor that’s swallowed a feral pig.

I’ve spent years saving every penny I’ve ever earned to be able to transfer to Malibu University. And now my entire future—including my scholarship—is in jeopardy.

So I either accept the help he insists on giving me, or lose everything I’ve sacrificed for.

In the meantime, I’m going to ignore the fact that we’re becoming friends.

And I’m definitely going to pretend he’s not turning into the object of my…umm, dirty fantasies.

Not even a little.

Because the minute I clapped eyes on him I knew he was nothing but trouble.

EXCLUSIVE EXCERPT: Nothing but Trouble

An all-new standalone sports romance is out today from author P. Dangelico, and I have a sneak peek for you.

“What’s up, Jersey,” I say, pulling the Jeep up in front of the film and television building. Alice Bailey, a.k.a. the hardest woman on the planet to track down, is presently speaking to a guy dressed in skinny jeans. I immediately don’t like the look of this dude.

Phone tree turned out to be an epic waste of time. No one I know knows this girl. Which is almost an impossible feat since I know everyone there is to know on this campus. No matter. Failure isn’t in my vocabulary and so here I am.

Pausing their conversation, they both glance at me and frown. I stand through the open top of the Jeep. Smile and wave. There’s no change in their expressions. It’d be funny if this dude hadn’t already crawled under my skin and made himself unfuckingwelcome.

She says something else to him and he stares down at her with a wolfish smile. Very shady. I don’t like it. Shady guy walks away and Bailey finally grants me her attention, a pointed look that lasts all of a second before she starts moving up the steep incline which leads to the Communications building. Naturally, I give chase, coasting the Jeep along the sidewalk.

“Did you fall down a rabbit hole?” Her dark eyes flash. Yeah, she’s not amused. “Okay…okay, that was the wrong thing to say. I can see that now. Seriously, though, I’ve been looking for you everywhere and I mean everywhere. Are you in the mob? Because you’re harder to track down than Whitey Bulger.”

Circumstances dictated that I resort to some questionable tactics. Like stalking. I’m not proud of myself, but when I don’t sleep shit gets real.

She stops, regards me curiously. I can see it on her face––she’s gearing up to tell me off. So I jump in and backpedal before she gets the chance. “That sounded stalkery as fuck but I promise my intentions are true.” My hand falls over my heart, as if I could dig it out and hand it to her as evidence that it’s not completely black yet.

“What do you want?” she queries, her tone not nice.

“To drive you to class.”

“What do you really want?”

“I have a proposition for you. Let me drive you to your next class and we can discuss it.”

She starts back up the hill, attempting to speed past me on her crutches and it almost makes me laugh. Almost. After doing thirty minutes of eggbeater intervals and passing drills with a weighted ball, I’m dog tired and in no mood for a lengthy debate.

“You’re getting a sunburn, Alice.” Ignoring me, she keeps moving. Annoying her may not be the best plan, but it’s all I’ve got. “Aren’t you tired yet? Those crutches look hard to operate.”

She bites her bottom lip to stop from smiling. Good news. I’ve managed to get a semblance of a smile out of her. The bad news is that it fades at record speed and she’s back to glaring at me.

She stops, exhales a loud exasperated breath, and wipes her sweaty brow with the back of her wrist. “Give it a rest, dude. Haven’t you caused enough trouble already?”

That one stung. I’m man enough to admit it. She’s also proving a little more stubborn than I’d anticipated but whatever. Game on. I’m not known as the best two-meter specialist on the Sharks for nothing.

“I haven’t slept in three nights. You know why? Go ahead, ask me why.”

“I feel bad. I do. I feel bad that I crippled you, turned you into a gimp, and it’s keeping me up at night.”

Shaking her head, a full grin cuts across her face and I swear I feel it in my chest. This chick’s smiles are so hard to come by it feels like I’m scoring the championship winning goal whenever I manage to get one out of her.

“It’s not my job to make you feel better, Flipper.”

Flipper? Now I’m smiling. Why am I smiling? I’m tired. That’s all. 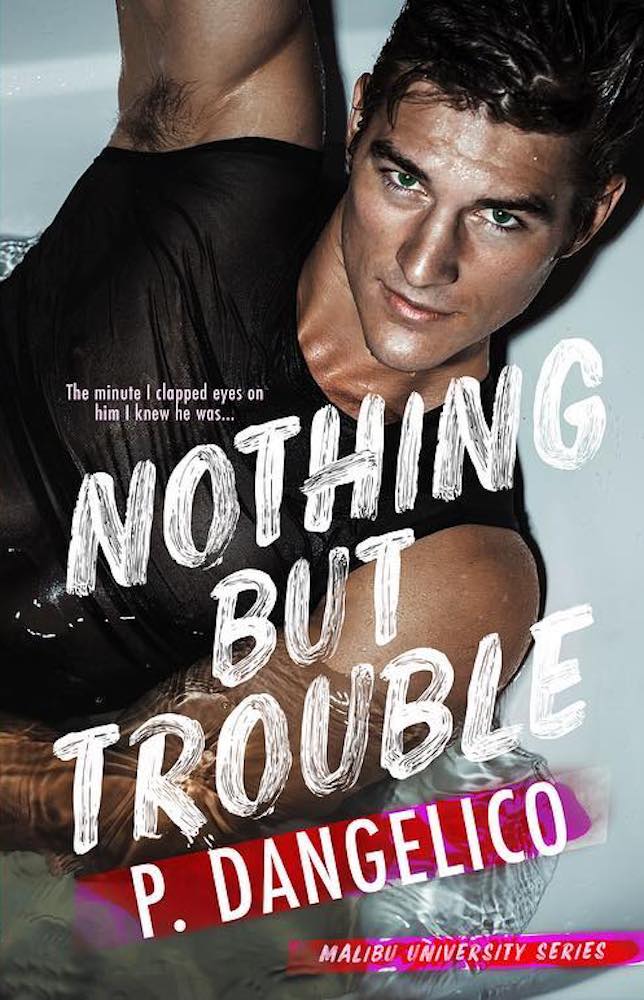 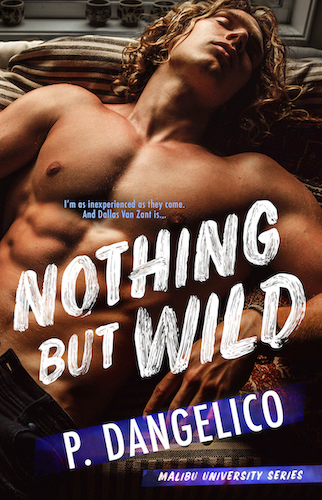