In other words, she was going to be just right.

And when Toby returns to his hometown of Matlock, Kentucky and claps eyes on Adeline Forrester, he knows she’s the one.

The problem is, his brother Johnny has a new girlfriend. And Addie is her sister. Last, Toby would do nothing to hurt Johnny’s chance at happiness.

But he’s fallen hard, and he knows the best thing for him—and Addie—is for him to leave.

Addie Forrester is thrilled her sister Eliza found a good, solid man. Johnny Gamble is the salt of the earth. The best guy in the world.

The best except for his brother, Toby.

Toby doesn’t know it, but Addie’s fallen hard too. He’s perfect, except for the fact that he’s hands off and it’s torture, being friends with Toby when she wants so much more.

Addie also has a lot on her mind. She’s got bills to pay, her young son needs food, Christmas is coming and her job at the grocery store just isn’t cutting it.

Because just like Eliza and Johnny, Addie and Toby were made for each other.

Life wasn’t about disappointment. Life was a journey. The journey of finding what I’d seen on my sister’s face the night before. Finding your place. Finding your people. And settling in so when those cold winds blew, you had warmth to see you through.

Like many of my fellow Kristen-Ashley-obsessed, I’ve been waiting for Toby and Addie’s story ever since we were first introduced to them in The Hookup, so being back in Matlock, Kentucky was nothing short of a delight. Brimming with Ashley’s penchant for evoking all the feels, this is a tale of second chances—the kind that comes when life has beat you down so much that you’re hesitant to give love another shot—and of two people working hard on themselves so that their pasts don’t define their future together. As always, Kristen Ashley’s strong character portraits and lush narrative deliver an irresistible cocktail of romance, passion, and close-knit family ties, a story that takes the reader on a rollercoaster ride of emotions—reaching in and touching all the heart’s most breakable places—before soaring to its romantic, tear-jerking conclusion.

When single mum Adeline “Addie” Forrester moves to Matlock to be closer to her sister Eliza, the last thing she expects to happen is for the man of her dreams to show up at one of the lowest points in her life. But from the moment she learns his name, she knows that he cannot be hers. Because life has taught Addie from a young age that good men are few and far between, and none of them would ever fall for a wild child like her.

“You’re his brother, aren’t you?” she asked.
“Yeah, darlin’,” he replied.
“Of course. You’re perfect, so of course. You’re probably taken too, aren’t you?”
If he was taken, which he wasn’t, he wouldn’t be in about half an hour.
Fortunately, he wasn’t.
“I—” he started to tell her that.
“Not for me,” she cut him off. “Man like you. Man like Johnny. Man like Charlie. Not for me.”

What Addie doesn’t realise is that from the moment Tobias “Toby” Gamble first laid eyes on her, he fell for her irrevocably. But knowing that the last thing Addie needs in her life is the disappointment of another relationship going south, he refrains from acting on his feelings, settling for the only thing he can offer her—a friendship.

“What I feel for her, it’s more than you think. It isn’t about finding someone else to ask out. I don’t even see other women anymore. But some guy is eventually gonna see her and I cannot be around to watch that.”

As we move ahead in the story to seven months later, we find that they’ve both become real masters at bottling up their feelings for one another. While Toby does his best to be there for Addie and her son whenever they need him, Addie’s financial struggles have only deepened, and when he realises just how much she’s been keeping from him, Toby’s reaction forces them both to address feelings that neither of them were willing to admit until then.

“I actually don’t want a sweet one. I want one who’ll give as good as she gets, stick up for herself, stick up for me, and stick up for the babies we make. And when shit goes off the rails, and I admit I’ve been a dick, what I don’t want is her to shut her mouth and not admit she’s been a bitch, so we can take it from there.”

So while Toby and Addie’s attraction is instant, their capitulation is not, and even though the title might suggest a much longer time for their relationship to develop, the author takes us there relatively quickly, focusing on the aftermath rather than the day-to-day angst of the ‘slow burn’ itself. She builds the romantic tension between the characters swiftly and with a skilled hand, crafting just enough scenes that pack a punch, but also placing them with perfect precision so that they don’t take away from the story’s core message. This is a love story first and foremost, but it is almost just as much a story about family—the one we’re born with and the one we create. And in true Kristen Ashley fashion, her every sentence serves to celebrate the strength and independence of her heroines, breathing life into them with a vivid hand and with palpable gusto, and creating not only characters we can easily identify with, but also role models in every sense of the word.

A beautiful novel that manages to be sexy, moving, and absolutely uplifting, proving once more that Ashley’s talent for making the reader feel is truly astonishing.

“You got soft leather and smooth whiskey and I got goose down and kitten fur. But under what we got, it’s granite and steel. Daphne made that. That’s her legacy. That’s what she gave us, what our kids will get.”

A Gamble man went after what he wanted, locked it down, and then…onward.

“Listen, I’m not saying anything against Toby,” I spoke into her silence. “I get it. He’s not into me. That’s understandable. I am baggage. And Deanna, you have to remember, I watched this kind of thing happen with my mom over and over again. After my dad, she looked for love. She had an open and hopeful heart. She wanted that for herself. She wanted stability for her girls. And she got knocked down again and again by guys who wanted in her pants but wanted nothing to do with some other man’s kids. At least Toby’s honest about it. That genuinely says good things about him. Really good. And I appreciate it.”

This was a total lie.

I did not appreciate it.

I was attracted to Toby Gamble.

I wanted to taste his mouth and other parts of him.

I wanted to feel his skin and see what his body looked like under those tees and jeans.

I wanted to fuck him. I wanted that to be wild and intense and so enthralling, the world ceased to exist, all of it, except what we were doing to each other and how it was making us feel.

I wanted to sleep beside him.

I wanted to wake up next to him.

I just wanted him to hold me.

I wanted Brooklyn to grow up with a man like Toby Gamble. Not just as his somewhat uncle who would lift him high and make him fly or let him crawl all over him when we were at a diner eating burgers just because me and my son were there, and he was a decent guy who liked kids. But as a guy who was always there, eventually showing my boy the way in matters his mother could not.

I wasn’t in love with him.

But I knew if he gave me even the barest hint he’d even think of going there with me, I’d take that fall.

And when I did, if it didn’t work, I also knew it would annihilate me. 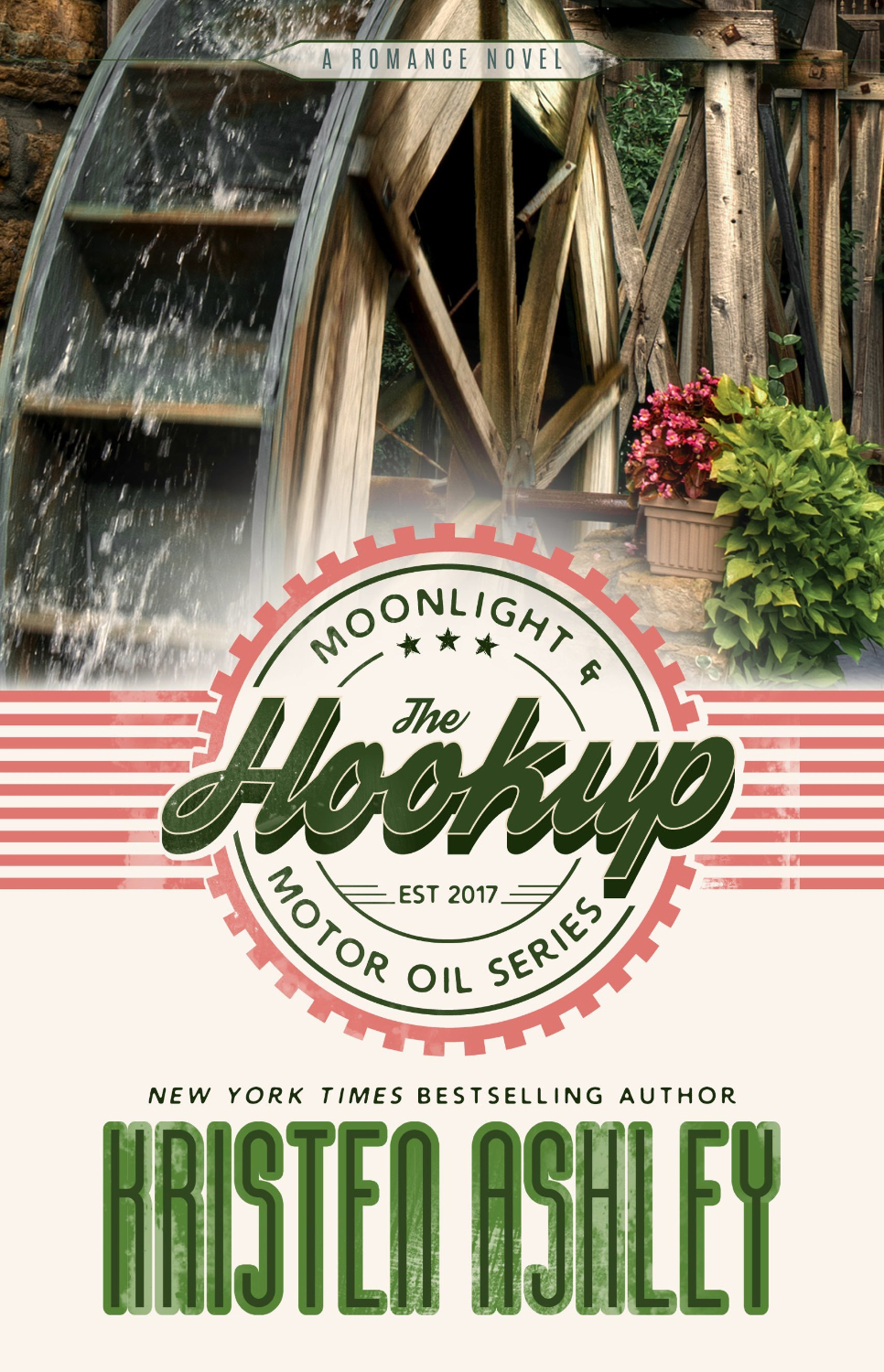 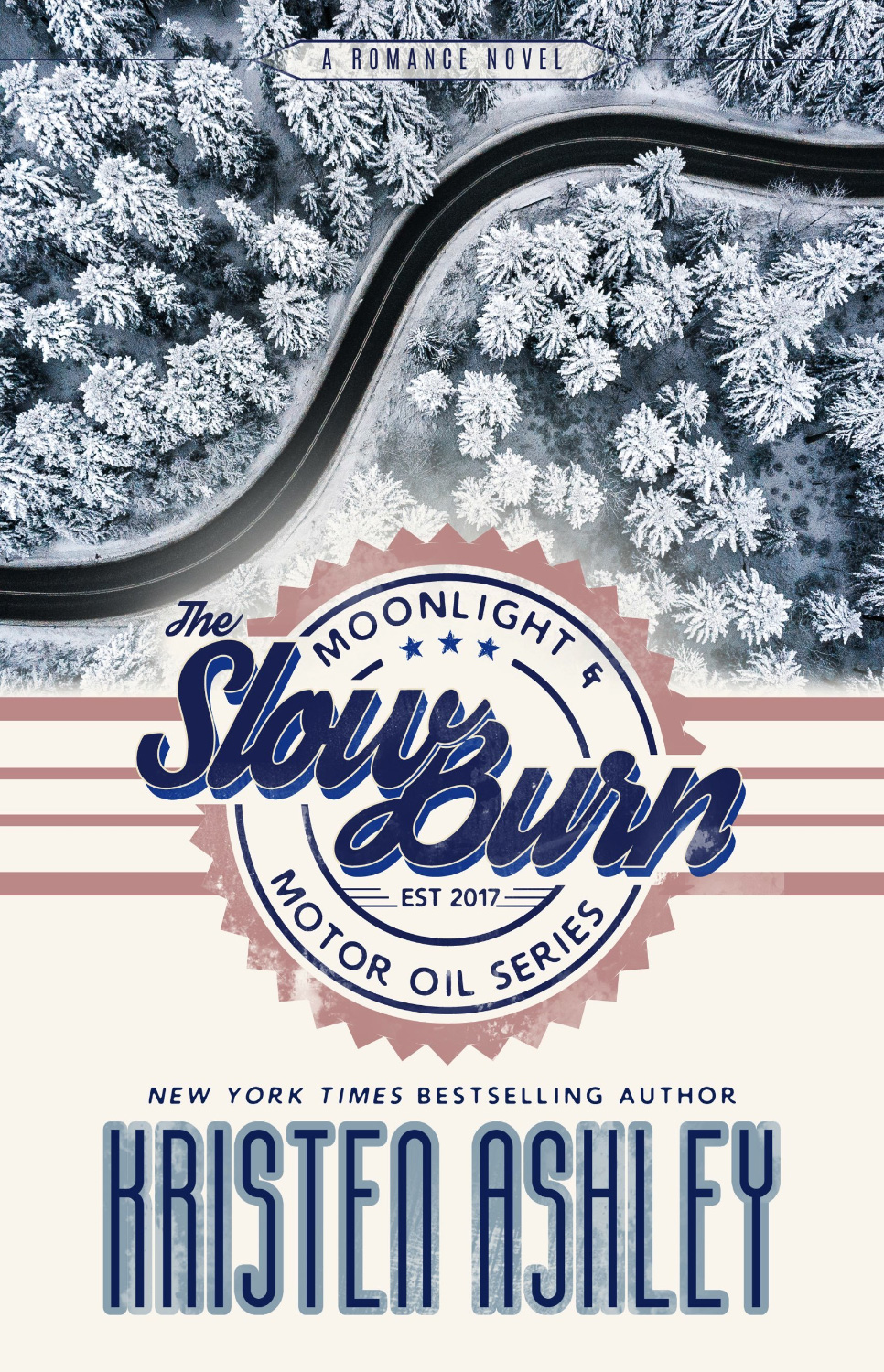 So excited for this one!! Love your review!

Thank you, honey!! So excited for you to read it. ♥️

I LOVED this book!! Tbh, I love everything Kristen Ashley writes, so that wasn’t a surprised. Glad to see you enjoyed it as well :)