The bigger they are, the harder they maul.

Immortal not-ghost Wes Cooper and his vampire partner, Hudson Rojas, have it all—rewarding private investigation work, great friends and, most important, a love that’s endured. But ever since Wes sent a demon screaming back to the beyond, his abilities have grown overpowering and overwhelming. He’s hiding the fact that he’s losing control the best he can, but it’s hard to keep anything a secret for long when your partner’s a former cop…and especially when your partner’s a former cop who wants to move in together.

When all hell literally breaks loose in Toronto and superstrength ghosts are unleashed on Wes and his friends, he and Hudson are thrown into a case unlike any they’ve seen before. To save the city, Wes needs to harness his new power…and find some answers. But when he gets them, the solution to fix it all could mean losing everything.

EXCLUSIVE EXCERPT: Give Up the Ghost

Book Series:  Not Dead Yet

The second instalment in Jenn Burke’s phenomenally funny and fresh Not Dead Yet series is out now and I have an excerpt for you. It features a younger, undead thief, his older silver fox cop boyfriend, and a paranormal explosion of the undead.

Lexi headed home to dive into research, and Iskander, Hudson, and I spent the rest of the night planning out the next steps on our active cases. By the time Hudson and I left the office at two, I was ready for some downtime. My magic throbbed in my head like an oddly placed toothache. If I were into anthropomorphizing things, I’d say it was angry at being teased with freedom and usage earlier only for me to contain it again. It made me edgy and crabby, so when Hudson pulled up to his house, I couldn’t hold in my annoyance.

Out of the corner of my eye, I saw his jaw tighten as he guided his monstrous red muscle car into the detached garage at the back of his property. “If you’d admit you already lived here—”

He let out his grumble-sigh-hitching breath, his can’t react don’t react noise. “You’re raring for a fight tonight, aren’t you?” he growled as he wrenched the gearshift into Park.

“No,” I sputtered, even as my temper crowed Yes!

His only response was to slam his door. I scrambled out of the car to catch up. Instead of using the code-locked secret tunnel from his garage to his house, Hudson traversed the short stretch of driveway to the kitchen door. He’d once told me that he’d dug the tunnel to avoid the gaze of nosy neighbors, but at a few minutes past two in the morning, there was no one awake to witness him arriving home and it was dark as pitch, which meant he didn’t have to cover his skin to protect it from his allergic reaction to UV rays.

As I closed the kitchen door behind me, he tossed his keys on the small table tucked into the corner where we ate breakfast most evenings, and turned to face me. He looked tired—but there was a spark of irritation in his gaze. “I’m not gonna ask again.”

I retrieved his keys and hung them up on the rack beside the kitchen door—their usual spot. Hudson was meticulous about everything having a place, so the fact he hadn’t hung them up there to start with was a sign he was pissed. “I know.”

“I know. I’m—I’m not ready.” I couldn’t. Not with my secrets hanging between us. And yeah, I knew that theoretically, that was an easy problem to solve, but…

“Bullshit.” Instantly, his demeanor softened. “No, not bullshit. I’m sorry. I shouldn’t have said that.”

Crap. Conciliatory, understanding Hudson was so much harder to resist than annoyed, pissed-off Hudson.

“What you went through—”

“What we went through.”

Gentle fingers nudged my chin until I met his gaze. Despite the temper riling me up, the sight of his warm, golden-brown eyes soothed me. They were as familiar now as my own reflection. “What you went through,” he said softly. “Yeah, it wasn’t a picnic for me, either, but I’ve had training on how to deal with traumatic events.”

“That doesn’t make you better—”

“God, that’s not what I meant.” He cupped my neck and cheek to hold me still, pressed his forehead to mine, and took a couple of slow breaths. Despite myself, I waited for him to continue. “You’re hurting. That’s normal, and natural, and completely understandable. PTSD is nothing to be ashamed of.”

I hadn’t been formally diagnosed, so Hudson was a bit off base using the term, but even I could admit I exhibited some classic signs of the disorder—recurring nightmares being chief among them. Thing was, I couldn’t even be mad at Hudson for his armchair psychoanalysis, since he was right—he’d been trained to deal with traumatic events, and beyond that, he’d lived through his share and come out the other side a productive member of society. And a vampire, but that wasn’t the point.

Or maybe it was.

He’d been turned against his will while undercover and lost nine months of his life to bloodlust. He’d overcome so many hurdles—the horrors his sire inflicted on him, the obstacles to returning to his beloved job, adapting to being a vampire cop. But he’d made his life work. He tried to tell me his life was better now that I was back in it, and the majority of the time, I believed him.

Except when he looked at me with tired, sad eyes because he knew I was hurting and didn’t know how to help. I’d gone through my own transformative events and I could seethe parallels between Hudson’s turning and my own…whatever it was. But I couldn’t bridge that gap.

If I told him, he’d know. If he knew, everything would change. I felt that deep in my gut, and I’d felt it for so long now, I couldn’t figure out if it was instincts guiding me or fear lying to me.

We’d made promises. Vows to give this thing between us a real try. But we’d done that before too, and it had all fallen apart. It could again, because of my stupid magic, and then what?

“I don’t want to fight,” I said quietly.

Hudson let out a soft chuckle that was more air than sound. “Me neither.” His hand pressed against my skin, and I welcomed the pressure. It grounded me. “But I’m here for you when you want to talk, okay? And I lied—I’m gonna ask again.” I took in a breath to protest, but he cut me off. “Shh, not tonight. But I’m going to ask you to move in until you say yes. Because I know you will, eventually.”

And that’s what I was afraid of. If I moved in with Hudson, if he found out the truth…this relationship we were trying again might die.

Not Dead Yet - Recommended Reading Order 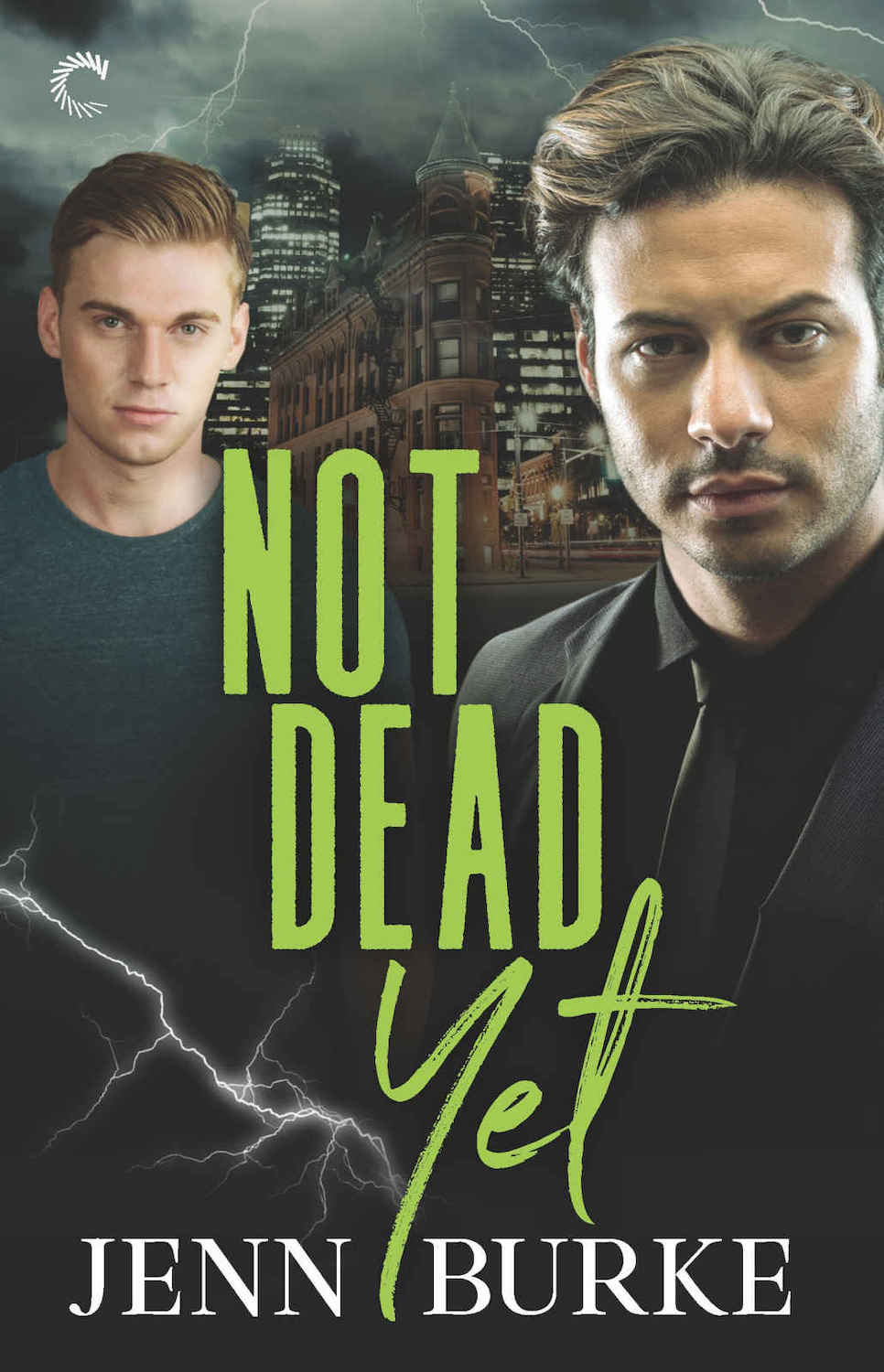 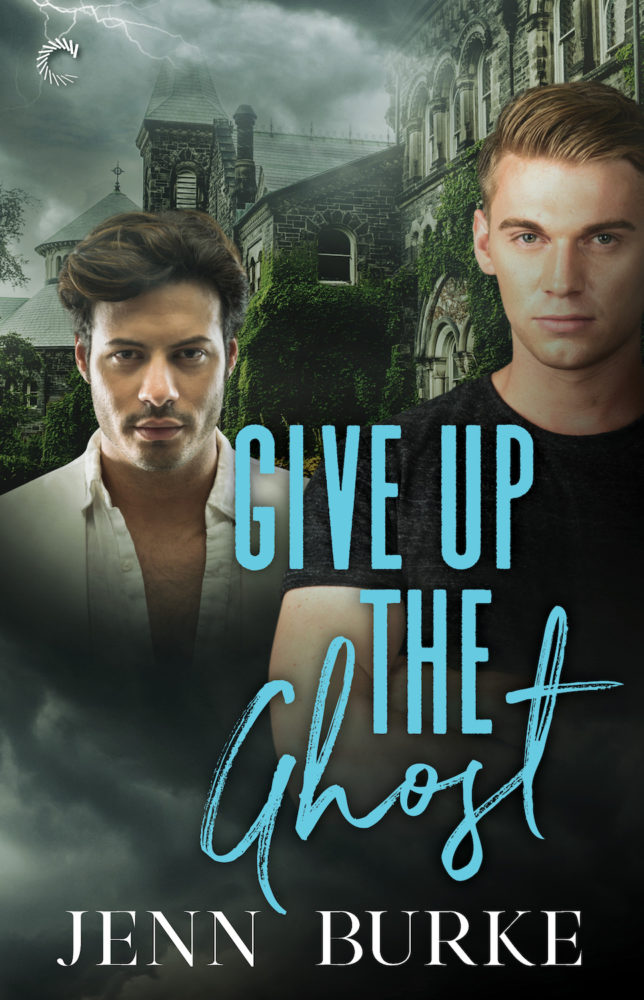