Adelina Ricci was a job, until she became much more. I was tasked to protect her, but I failed. Now she is in the hands of the enemy, and this time, she doesn’t want saving. She’s going to marry him.

We’re bound in a tangled web of loyalty and lies, betrayal and longing. She needs to avenge her fathers death. I just need her.

A princess in a tower. A hero without a cause. A love that may ruin them both.

Leave me or love me?

The second book in LP Lovell’s Touch of Death mafia romance series is out now, and I have a little sneak peek for you.

He grips my chin firmly, bringing his face so close that I can smell the whisky on his mouth, and my head is roughly jerked to the side, and my breath hitches in surprise. “I’m almost disappointed,” he whispers against my ear. “That in the end, you came to me so easily. You made for such a thrilling chase.” His fingers dig into my cheeks so hard that my bleeding inner lip grates over my teeth. He twists my head, forcing me to face him once more.

I try to remain calm, I do, but my rage and pride get the better of me. I inch even closer, until my lips almost brush his.

I force a small smile. “Nero Verdi is going to destroy you,” I say, my tone sweet.

I can only imagine how angry Nero is right now. Enrique brought the fight to his gates, and that will not go unpunished. But the question is, when. This doesn’t need to be an endless war. I’m here. I’m close. I just need to get closer. I can end all of this if Nero just gives me a little time.

That arrogance that Enrique wears like a second skin wavers. It’s just a fraction of a second, but it’s enough for me to see that he fears Nero, or at the very least, he has a healthy respect for him. As he should. Nero Verdi didn’t earn the nickname of The Mad Italian by showing mercy to his enemies. Enrique’s hand slips from my jaw to my throat, and then he squeezes.

“Nero is too occupied with the bratva to trouble himself over one girl.” He squeezes harder, and I choke as my wind pipe closes. “No one is coming, Principessa.” He touches his forehead to mine and inhales deeply, as though he could steal even more air from me and take it for his own. His free hand trails over the curve of my waist. The strangled gasps of my last precious breaths slip from my throat, and he pulls back enough to look for me. “I’m all you have now.”

My vision dots, and my head swims. Just as I’m about to lose consciousness, he releases me. My legs buckle beneath me, and I crumple to the floor like a rag doll. Huge gulps of air are sucked into my lungs, but it’s not enough. My heart races, adrenaline making me tremble with the awareness that Enrique could kill me if he wanted to. He drops to a crouch in front of me, and I flinch when he reaches out and tucks my hair behind my ear.

Say what? I frown and try to move away from him. He fists my hair and yanks my head back so hard my scalp burns with the sting. Tears prickle my eyes as his other hand grips my jaw, his fingers digging in so hard that I can practically feel my skin bruising.

“Say it!” he shouts, spittle flying in my face.

“Say what?” I cry, the tears breaking free and trickling traitorously down my cheeks.

“I’m all you have now.” His voice is suddenly calm.

I won’t. I think my neck might snap as his fist tightens farther, and he wrenches my head back. “No.”

Enrique shoves me to the floor violently, and his weight lands on my chest, straddling me and trapping my arms against my sides. I thrash and fight, panicking at the sudden restraint.

The cruel smile that pulls at his lips has a shiver tearing down my spine. “Your defiance will only make it more beautiful when I break you, Adelina.”

A chilling sense of unease sits in the pit of my stomach, and I fight even harder to get out from underneath him, but it’s pointless.

He suddenly produces a knife, and I freeze as he brings it to my cheek, trailing it over the skin. “The question is: do you want the outside to match the inside?”

I feel the prick of the knife against my cheek, just in front of my ear. He trails it down my face, my jaw, my neck, scratching over my skin, threatening. He slices the strap of my tank top away, and then the distinct press of the tip of the blade at my collar bone pinches my skin. It pauses there, and I can hardly breathe for fear of him pressing it through.

“Say. It,” he growls, a certain madness creeping into his eyes.

My resolve wavers; the words are on the tip of my tongue, but I clamp my jaw shut. With a shrug of one shoulder, he pushes the blade into my skin, dragging it in a line. My teeth grind together so hard they ache, but I refuse to scream. I stare at the ceiling, but I can feel his eyes on my face, watching for weakness. He continues to cut me for what feels like an eternity, and then he stops. I release the breath I had been holding. Enrique stares down at his handiwork, and the warm trickle of blood slides over my shoulder and to the floor. He pushes off me and rises to his feet. I sit up, clutching the tattered remains of my shirt to my bloody chest. I don’t look at the wound. I need to pull myself together, and the sight of it may just send me over the edge.

How foolish I was to think I could simply walk in here and buy this man’s trust.

For long moments, I’m left staring at his shiny shoes, my heart thrumming in my chest. Then a hand appears in my line of vision. Looking up, I see him holding it out to me. I’m on my knees in front of Enrique, and he seems all too pleased with that fact. Time seems to slow for a moment as I stare at his outstretched hand. I could take it, let him think he broke me that quickly. It would be so easy. Or, I can keep my pride, get up, and hold my head high.

I picture me lying next to him, opening his throat with a knife and watching him flounder around like a fish out of water as his blood drenches the sheets beneath him. I want that reality. I can do this—sacrifice my pride.

I stare at his hand, willing myself to just take it, but I can’t. Instead, I push to my feet on my own and stand before him. He’s so close that with each inhale, my chest brushes his.

“Look at it,” he instructs.

I hold his gaze a beat longer, and then curiosity has me pulling the wet material away from my chest to stare at his handiwork. The blood makes it difficult to see clearly, but I can make out the clean lines of letters. Enough to know it’s his initials. 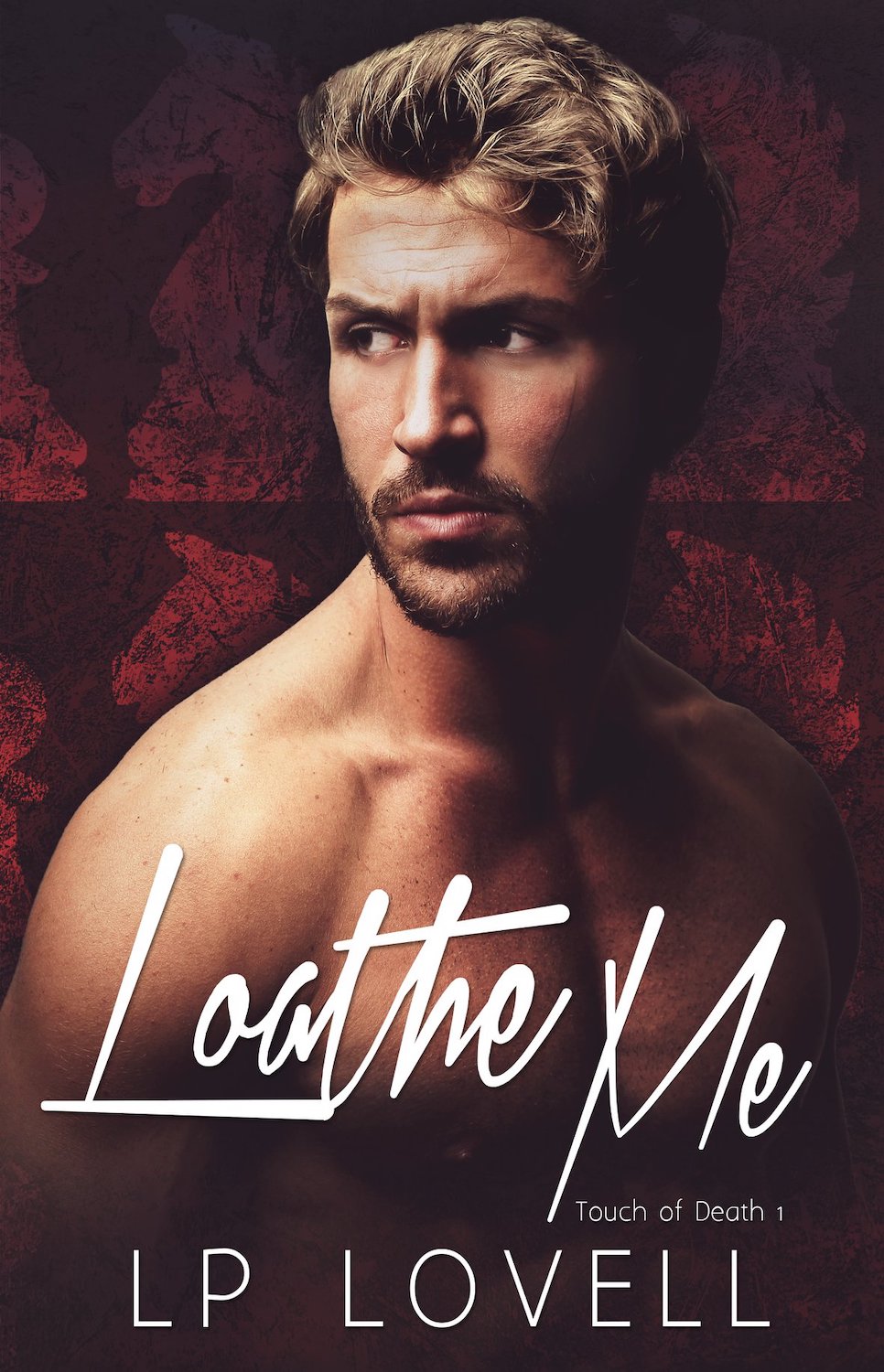 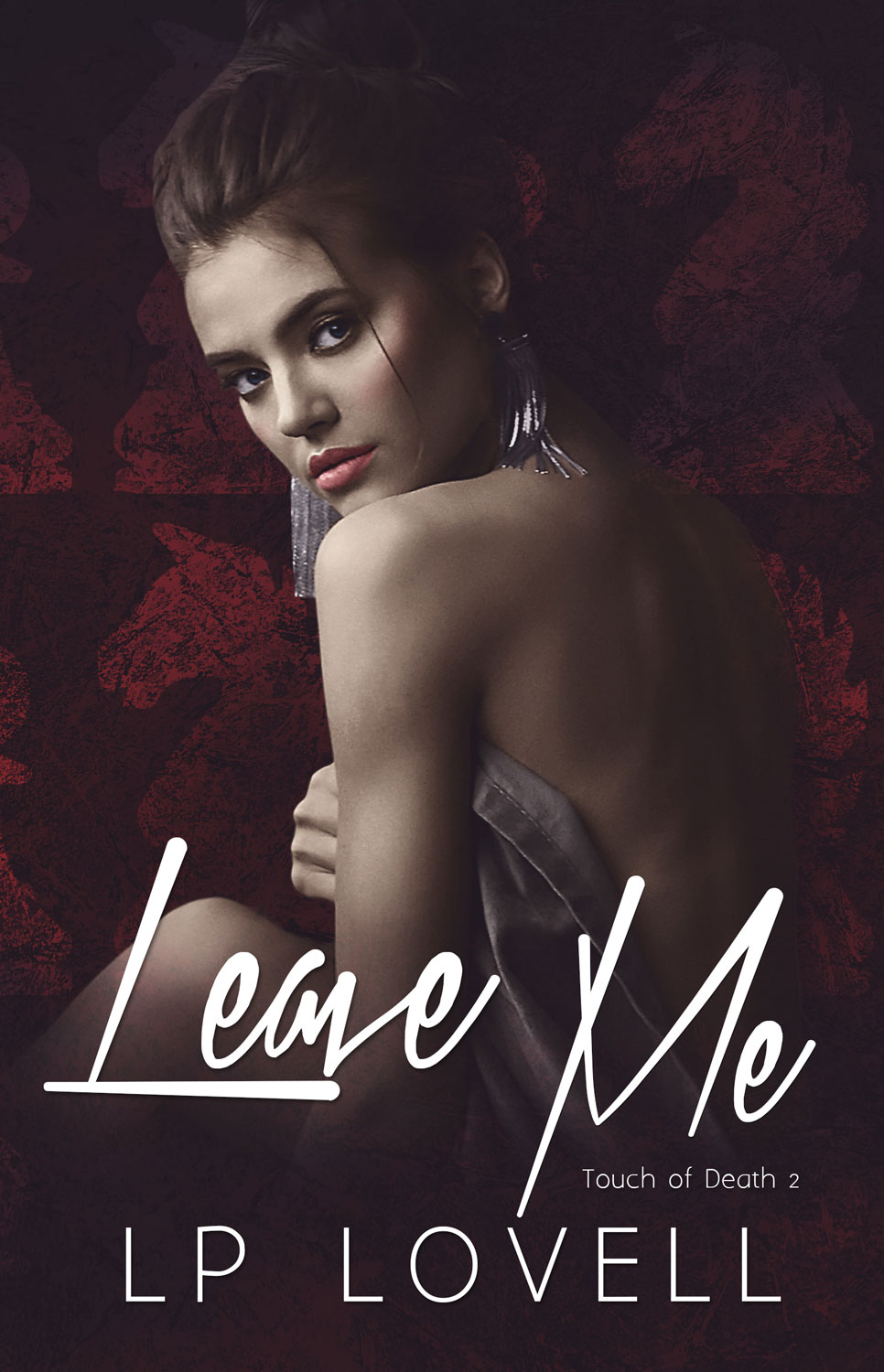