Being crew is walking between two worlds.
One world is normal: Prom. Parties. College.
Those are the concerns THEY worry about.

In our world, we deal with other situations.
Cops. Drugs. Brawling.
That’s a typical day for us.

But what if it wasn’t?

What if there came a day when you stopped?
When you considered letting your enemies win?
When you didn’t fight back?
When you chose a different path?

First I lost my family. Then I got the Wolf Crew.
I couldn’t lose them too.

But what happens when Cross, Zellman, and Jordan keep going…
…and I don’t?

The second book in Tijan’s Crew series is out this week, and I have an excerpt for you.

Best friends since seventh grade, crew members—we’d been inseparable, but we kept things platonic while he’d been a slight manwhore. All that stopped at the beginning of the school year. Things went a way we could never take back, and that was the us we were now.

I rode alongside him in the truck. It was nearing ten at night. We’d talked Race into being our eyes and ears at the country club—because we’d helped him out last year, he returned the favor. He’d agreed to stay at the party (ignoring Taz’s requests to leave for the bonfire) and keep an eye on Cross’ dad and his date.

Cross’ phone buzzed once again. It’d been going off since we left Roussou. Jordan turned in to a ritzy neighborhood, high up on some hill. All the houses were fancy.

We all grinned. Taz had asked Race for the thirteenth time to go to the bonfire.

Cross sent back a text.

“What’d you say?” Zellman stuck his head in through the back window.

Cross put his phone back into his pocket, glancing over his shoulder. “I told him to give us thirty minutes; then they can leave.”

“Thirty?” I asked as Jordan paused in front of a mansion. “You sure about that?”

Just eyeballing the place, I could tell it had security. A lot of security. There was a gate, a camera at the top.

This was not a good idea.

“Shit.” Jordan hit the steering wheel, leaning over to get a better look. “Cross. Man—”

I finished for him. “We scale that fence, I guarantee an alarm is going to the police, and they’re not that far from here—just down the hill over there. We can’t get in here.”

Cross glared at the house, a vein sticking out from his neck. “This is the fucking address he gave my mom. It was written on the paper next to her computer in her office. What the fuck does his girlfriend do at Kade Enterprises?” He leaned out the window, as if the mansion or the ritzy street could give us the answers.

Me? I’d moved on. I knew we weren’t getting into that place, but this neighborhood? I couldn’t believe people actually lived here. Every lawn was manicured, at least the ones we could see through the gates.

There were no cracks in the sidewalk. A few trees had crystal lights on them. Palm trees dotted the streets. All their streetlights worked. A lady was walking a little dog on a pink leash, and I was pretty sure there were diamonds on the dog’s collar. Maybe just sequins? Either way, they was rich. That was for damn sure.

The lady eyed us as she drew closer, and she looked right at me. Suspicion flared, her hand going into her pocket.

Her phone was coming out, and she was going to call the cops. I knew it.

Jordan cursed, and he moved to put the truck in drive just as another lady stepped up. She slapped her hand down on the edge of the truck bed.

“The fuck?” Z almost fell backward, scrambling around to see who had got the jump on us.

It was a middle-aged woman, and she ignored us. She was solely focused on the pink-leash-dog-walking lady, the cop-calling one. She smiled wide and raised her hand high, waving, making a big deal out of it. “Hiya, Clara! How are you doing?”

Her voice was loud too, and she was doing it on purpose.

Jordan opened his door and started around to her side.

She continued talking, her hand still in the air. “How’s Gordon doing? Did you call Brentworth’s firm? I know they’re excellent at defending their clients.” She gave a forced laugh, but it was a hearty one. “It never matters if they’re guilty, and don’t you worry about your Gordon. Even if he goes in for a little bit, I’m sure they’ll send him to a day-camp sort of place.”

The dog-walking woman had frozen, but after the lady gripping the truck kept on, her voice getting louder and louder, the dog walker finally yanked her dog around and hauled ass back the way they had come.

She waited, her eyes following the dog walker until she turned a corner. Finally stepping away, she removed her hand and moved toward the front of the truck. She came slowly, her hands out like she was being arrested. Her eyes found mine and held them, until all four of us were staring at her.

She raised her chin in the air, her hands going to her sides. “I know you.”

Jordan moved up, just outside of Cross’ door. He looked at me. Z had jumped out, coming to stand next to Jordan. He looked over too.

Cross raised his chin in challenge. His tone was chilled. “Who the fuck are you?”

She ignored him, her eyes only on me. “You’re Monroe’s little sister, aren’t you?” She nodded to herself. “Yeah. Yeah. You are. I knew your mother, way back when. She and I used to run around together. Got into all sorts of problems.” She lowered her head, her mouth forming a somber line. “I’ve not told anyone that. You know me?”

Her chest rose, and her mouth turned down before her head bobbed again. “I figured as such. I didn’t know if she’d say anything. I’m Malinda McGraw-Strattan.” 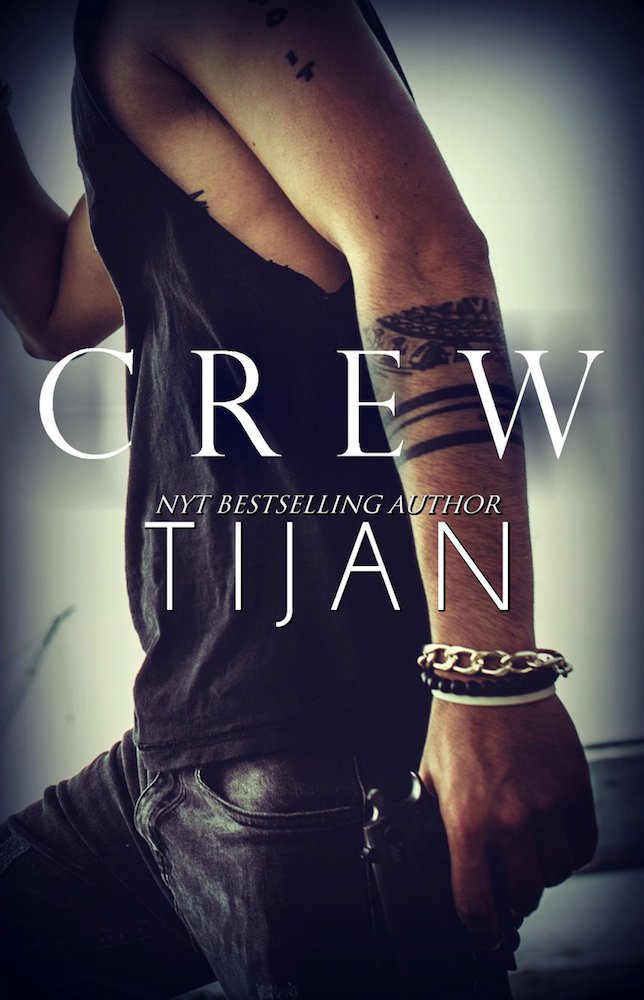 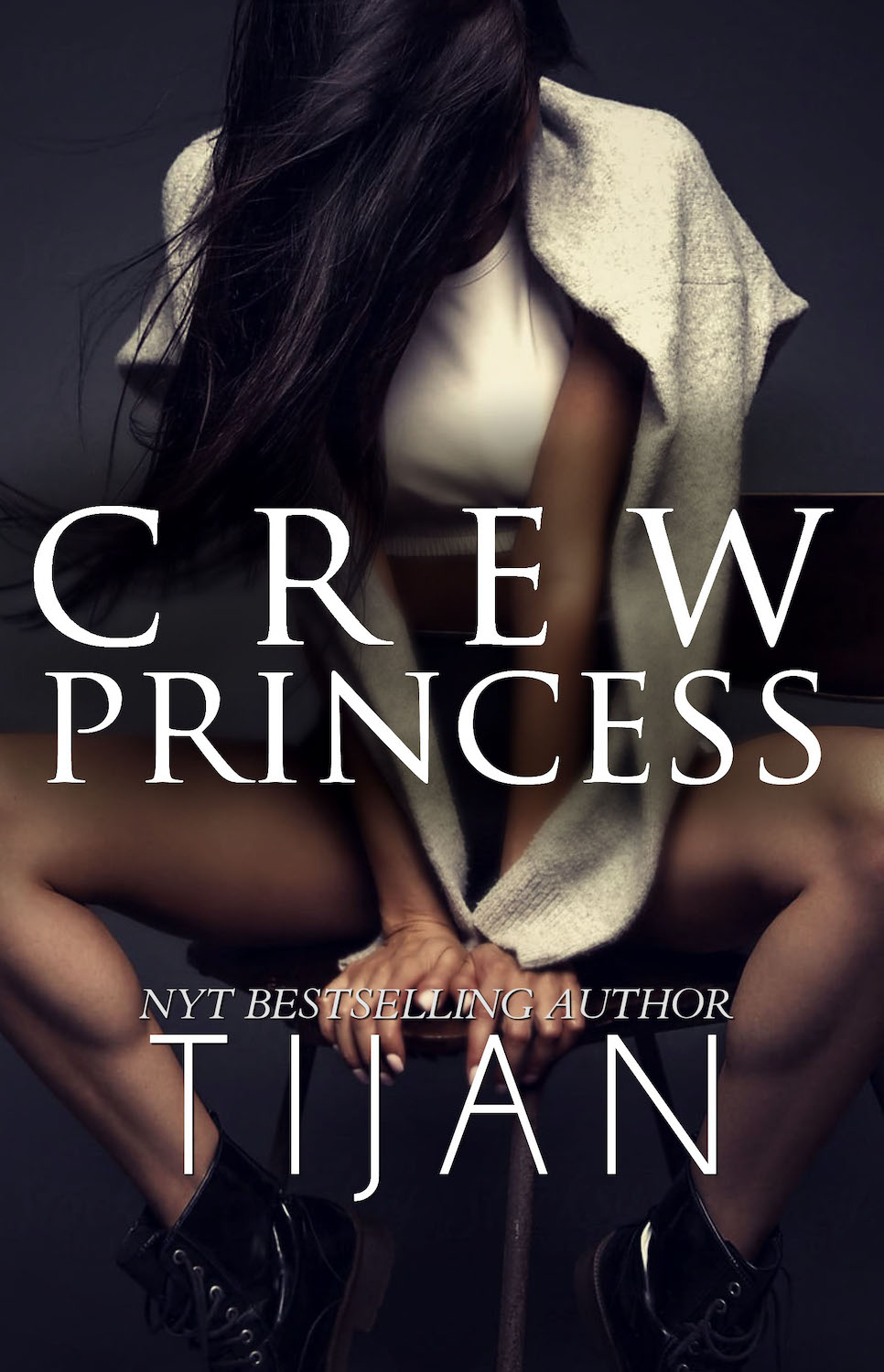 
I don't know about you, but I've been getting read