In the Forgotten Empires magic is forbidden, dreams are destiny, and love is the greatest power of all…

A prisoner of fate…

As Queen of the island kingdom of Calanthe, Lia will do anything to keep her people free—and her secrets safe—from the mad tyrant who rules the mainland. Guided by a magic ring of her father’s, Lia plays the political game with the cronies the emperor sends to her island. In her heart, she knows that it’s up to her to save herself from her fate as the emperor’s bride. But in her dreams, she sees a man, one with the power to build a better world—a man whose spirit is as strong, and whose passion is as fierce as her own…

A prince among men…

Conrí, former Crown Prince of Oriel, has built an army to overthrow the emperor. But he needs the fabled Abiding Ring to succeed. The ring that Lia holds so dear to her heart. When the two banished rulers meet face to face, neither can deny the flames of rebellion that flicker in their eyes—nor the fires of desire that draw them together. But in this broken world of shattered kingdoms, can they ever really trust each other? Can their fiery alliance defeat the shadows of evil that threaten to engulf their hearts and souls?

The first book in Jeffe Kennedy’s all-new Forgotten Empires romantic fantasy series is out this week and I have a little sneak peek for you.

They led me down the tower and through a wing of the palace, so many guards escorting me that I decided I should be flattered. What I could do to them—or their precious queen—manacled and unarmed was beyond me. What I’d say to the queen was beyond me, too. If only Ambrose had provided me with some sort of love potion to administer to Euthalia. Shouldn’t a wizard be useful that way? Though . . . he had promised that I’d have an audience with her, and against all probability I was going to one.

Made my head hurt to think about it. Besides, I needed to concentrate on wooing the queen. Sondra had stuffed my head with advice while she trimmed my hair and shaved me with a razor sharp enough to keep my attention. Give her compliments. Don’t stare at her breasts. Be romantic. Say poetic things. I imagined going on one knee and reciting poetry—though the only poem I could remember was a bit of doggerel about a guy with a dick so long he could suck it. The thought of repeating that one to the icy queen made me bust out laughing—and made the guards jump.

The captain cuffed me on the head. “Be silent, Slave King.”

I nearly told him my dubious honorific had been sneered much better than that, but I kept my peace, studying the palace instead. I had to admit—grudgingly to myself and never out loud—that it was the most beautiful building I’d ever seen. The palace at Oriel would forever hold a place in my heart, but it would look like a farmhouse next to the wonder of Euthalia’s home.

It helped, no doubt, that they apparently had little inclement weather to deal with. Corridors and halls opened onto breathtakingly beautiful gardens—from groves of fruit trees, to masses of flowering vines, to water gardens bursting with lily pad blossoms. Some of the ponds even extended indoors, with small bubbling streams channeled through the halls, requiring us to cross bridges over them. Mosaic tiles outlined the channels in deeper colors, with patterns radiating outward, echoing the ripples of water in the floor.

The guards escorted me along one of these artificial streams—we crossed it twice—and then fully outside into a maze of gardens. I’d been suspecting that we followed a circuitous route, because I could see more direct paths than we’d followed. The guards confirmed it for me when they abruptly turned at the sight of a group of colorful courtiers, taking us into a hedge maze.

So this “audience” wasn’t to be common knowledge. Interesting.

The hedge maze led to a walled garden, with a wooden door inset. The captain pounded on it with the meat of his fist. A lady pretty as a butterfly opened it, one of the queen’s ladies-in-waiting I recognized from the day before. She looked me up and down, wide eyes alight with interest, then stepped aside for the captain to lead me in—not incidentally making sure I couldn’t come too close to her. I opened my mouth to point out that I’d bathed and she needn’t worry about me smudging her fancy gown. Then closed it again, thinking of Sondra’s expectant gaze.

Who knew exercising discretion would be harder than waging war? Just another challenge. Right.

Queen Euthalia waited, sitting on something I couldn’t see because of her overflowing gown. She’d looked as if some artist had arranged her there, a sculpture to be a centerpiece in a lovely but austere garden—all the better to display her in her spectacular glory.

The captain led me in, but the other guards remained outside the door. The only door in the sheer, high walls. Even with the manacles I could scale them, but not so fast that the guards couldn’t catch me. Oh well. I wasn’t supposed to be looking for avenues of escape anyway. I was supposed to be wooing this unearthly-looking woman while chained like a dog. This ought to be interesting.

“Why is he chained?” Queen Euthalia asked, sounding weary and vaguely bemused. She raised arched brows so the jewels at the corners twinkled.

“Your Highness.” The captain bowed deeply, yanking me down to my knees as he did. I was stronger and could’ve resisted, but—prideful me—I didn’t think having him beat me would add to my attractiveness in the wooing process. At least the plush grass cushioned the fall. “This prisoner is dangerous. We sought to protect You from—”

“Did I order him to be chained? Let Me help you with the answer to that. No, I did not. Take those cursed manacles off him and leave us.”

The man wanted to protest. I could see it in the set of his chin and the vibration of tension through the chains he held. But he clearly didn’t dare vocalize it. With quick movements, he unlocked the manacles, whispering fast and ferocious to me. “If you so much as move wrong, we’ll cut you down. We’ll be watching. Don’t think—”

“Thank you, Captain,” the queen broke in, her tone a blade of ice. “I’ll call when I’m ready for the next.”

He bowed again and strode out the door. She waited until the latch snicked, then a beat longer. “You may stand,” she said, “or sit. Or pace.” Was that a bit of dry humor there? “However you’d be most comfortable,” she added, with a wave of a hand, the orchid on her finger fluttering as she did.

I stood, rubbing my wrists absently. “Thank you,” I said.

“No need to thank Me,” she replied. “I promised no chains. It won’t happen again. Not while you’re on Calanthe. We are not barbarians here.”

That wouldn’t stop them from chaining me again the moment we left the island, bound for Anure’s even worse captivity. I took the opportunity to study her. Even up close she looked flawless. She wore pale purple, her hair several shades lighter and studded with deeper violet flowers, some trailing over one shoulder in glossy ringlets. The gown dipped low between the high silvery wings of stiff lace that framed her slender white throat, revealing delicate collarbones and a rounded bosom I quickly yanked my gaze from.

The hair had to be as fake as the lashes, also light purple and tipped with crystals. Her eyes had stayed the same—large in her piquant face, and still reminding me of rain, a pale gray, almost colorless. This close I could see darker flecks of deep blue in them, and a ring of sparkling silver at the edges.

Ambrose had said she was in her mid-twenties, but she looked younger. More like a girl in her teens under the heavy costume of her role. And she seemed different, here in this garden, alone with me. Not so . . . rigid. Though her erect posture never wavered. I wondered if it ever did.

The perfect bow of her pink mouth quirked and she raised one brow. “Have you looked your fill?”

“You are very beautiful,” I said. There. A compliment to start the conversation. Sondra would be proud. Especially that I reined back the remark that I’d like to see her without the costume. I would—but not the way that it would come out sounding. What was the woman like, under her masks?

“Why did you want a private audience, Conrí?” she asked, as if she hadn’t heard my compliment at all. Probably she heard more lavish praise and so often, it had become like background noise to her.

Hearing my true name from her lips made me feel more stripped than losing my armor and weapons had, and I stared at her, unable to think clearly.

“That isyour name.” She raised her brows in question, though she hadn’t posed it as one.

“Not a name anyone knows or uses,” I replied tersely.

“The Lady Sondra does.”

“Because she won’t stop,” I muttered. I’d forgotten Sondra spoke my name when warning me not to attack the queen. Not much got past this keen-eyed woman.

“Excuse me?” The queen’s perfect brows—and the glinting jewel beside one—went higher.

Better to go on the attack.

“What about you—do they call you Euthalia in conversation?”

“No.” She lowered her brows in an elegant frown. “No one but His Imperial Majesty is allowed to address Me by My given name. You will address Me as Your Highness.”

“Euthalia is a mouthful,” I commented, deliberately disobeying that edict. If she had me executed for it, at least I’d avoid whatever Anure had in mind. “And I don’t want to call you by what the imperial toad does. I bet they called you Lia when you were little.”

She gave me a long look. “I begin to see the self-destructive troublemaker in you that enabled you to defy His Imperial Majesty.”

“Why do you care what my name is?” I was genuinely curious.

“Because calling you the Slave King is an insult,” she bit out. “Surely you realize that, Conrí.”

I studied her. Her clear eyes held anger, but not for me, I thought. She might be insulted on my behalf, which was . . . extraordinary.

“I have no kingdom,” I explained slowly. “I have been a slave and the people who followed me first were all escaped slaves. There’s no shame in being king of people strong and greathearted enough to survive that.”

She considered that, lashes lowering so the crystals glittered. “I see. But I’ll still call you Conrí.”

“Call me Con,” I said, surprising myself, then grinned when she looked up. “And I’ll call you Lia.” 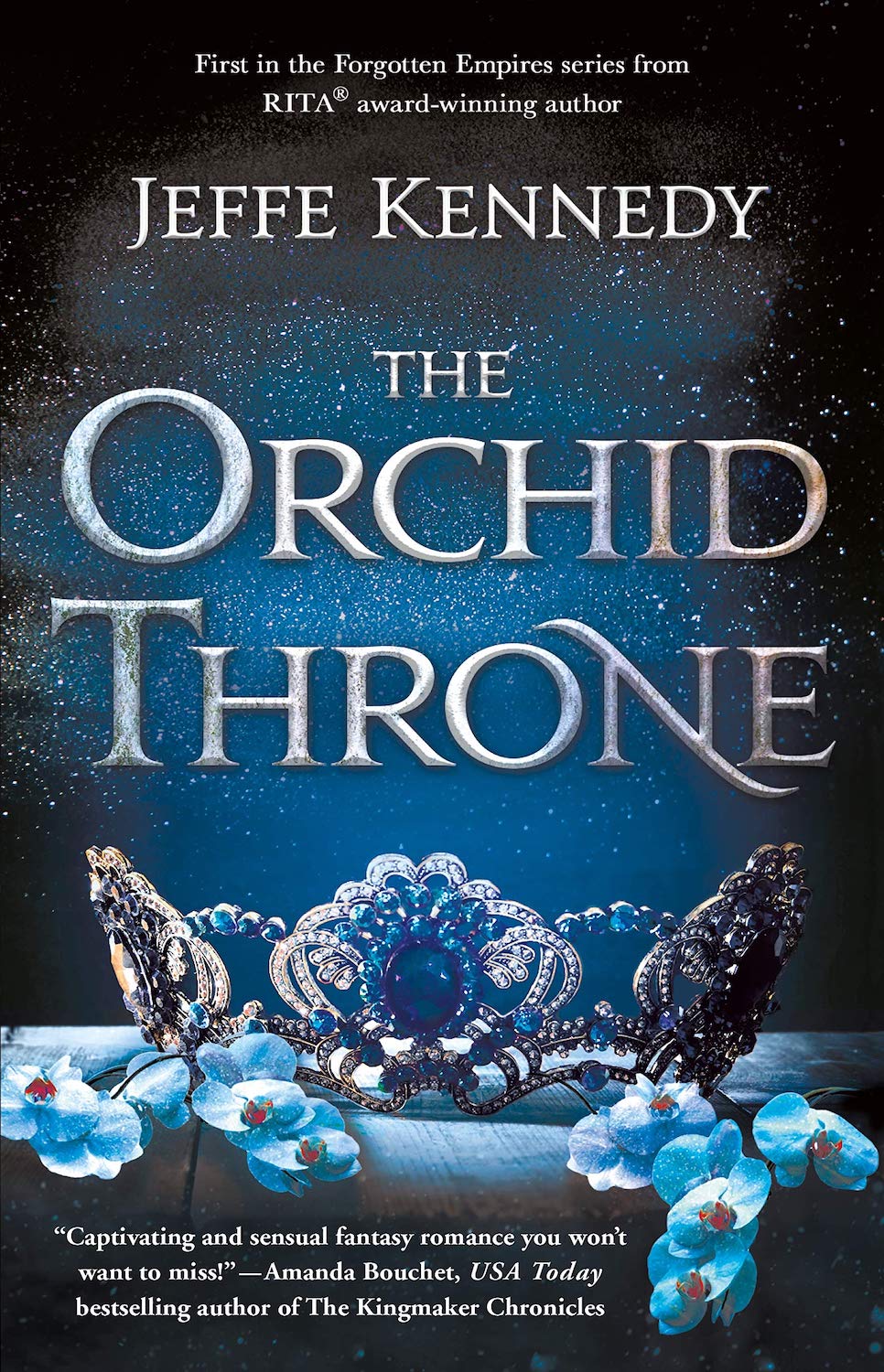 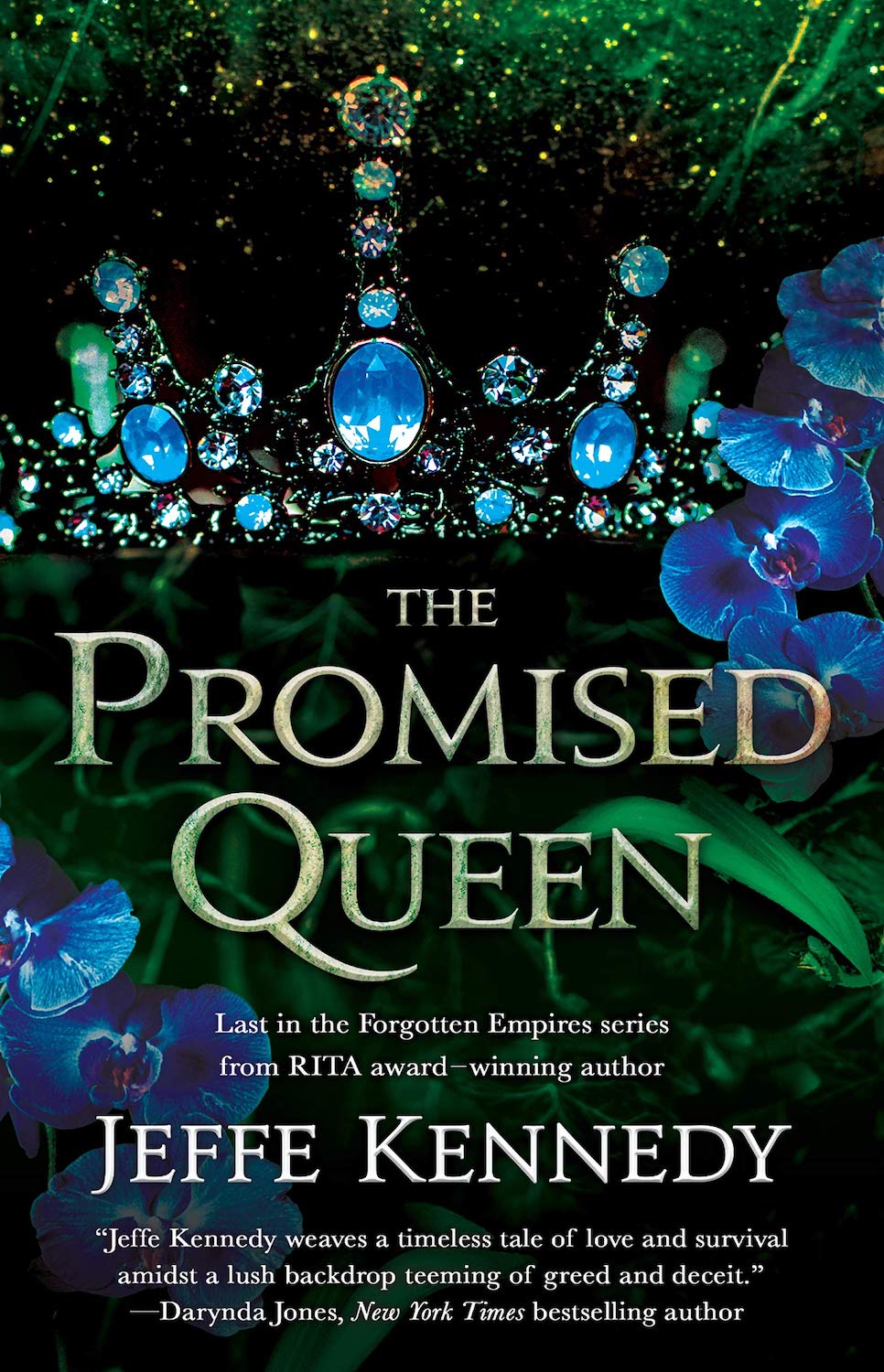