“I’m the fixer your board hired to clean up your mess.”
“So you show up here, break into my house, and take a bath?”

Emily Stanton’s perfect life just became a disaster. She has a trust fund brother looking for a handout, a father who is more board member than dad, and a mother who thinks she should give up on this whole billionaire CEO thing and meet a man with a pre-nup and a yacht.

Oh, and then there’s that “misunderstanding” with law enforcement witnessed by Miami’s paparazzi. Now her billion-dollar deal is on the line, and there’s a naked man in her bathtub who claims he’s going to make all her problems disappear.

Charming—and happy to bend the rules when necessary—Derek Price has made a living polishing the tarnished images of the rich and famous. He’s never lost, and he never takes clients to bed. Until the dazzling Emily. Derek promised her a win and offered up a lifetime supply of orgasms as part of the deal. But if he can’t stop her enemies, he’ll end up losing much more than he bargained for.

EXCLUSIVE EXCERPT: The Price of Scandal

Lucy Score kicks off an all-new series of Romantic Comedies—written by four different authors and featuring four lady billionaire BFFs—and I have a sneak peek for you from the first book in the series, out this week.

There was Emily Stanton, billionaire, CEO, society princess in men’s boxer shorts and a tank top performing a truly terrible rendition of “Dancing Queen” while jiggling a cocktail shaker.

There was a martini glass—only one—with two skewered olives on the blue Brazilian stone countertop next to her open laptop and neat piles of paperwork.

Emily shook and sang, whirling in a tight circle. Her blonde hair whipped out behind her.

“Ha! Stuck the landing,” she said with a little shoulder boogie.

“You certainly did,” I agreed.

She shrieked and, on instinct, hurled the cocktail shaker at me. I caught it, but the lid came off.

It wasn’t a fearful scream, I noted as cold vodka soaked its way through my shirt and pants. It was a battle cry.

She lunged for the kitchen shears on the counter. I wasn’t sure if it was a reflex or if she actually intended to kill me.

Emily was wielding the shears at me even though recognition lit her eyes.

“Now, Emily,” I began calmly, putting the shaker down on the countertop.

She had a point. So I went on the offensive.

“What are you doing at home on a Wednesday night in men’s boxers that is so much more important than repairing the damage you’ve done to your reputation?” My voice raised to carry over the music.

She threw a dish towel at me. Judging from the material, it cost more than most people’s bed linens.

“What makes you think me paying you gives you the right to enter my house whenever you feel like it?” she shouted.

“Turn the music down!”

“Not until you stop willfully endangering the IPO you say you want!”

She snatched her phone off the counter and punched in a code. The music cut off abruptly, leaving more space for our angry silence to fill.

“Listen up, Price. I can take a night off. One night. That’s all I get. I don’t take vacations. I work weekends. I rarely leave the office or the lab before nine every night. I deserve one uninterrupted night alone.”

The flashing anger in her eyes was Morse coding D-A-N-G-E-R at me.

“Valerie told me you left early for a date,” I said.

“Yes, with myself. You’re interrupting. And you owe me a martini.”

I glanced down at my wet Oxford. The alcohol fumes were strong.

“Then I’ll make you another,” I said, unbuttoning my shirt.

“Stop it!” she said, still pointing the shears at me.

I dropped the shirt on the counter and unhooked my belt.

“Why do you keep taking your clothes off in my house?”

“You’re just so welcoming, Emily. Such a lovely hostess. I feel so comfortable here.”

I dropped my pants and dared her to look.

She didn’t disappoint. I could feel the heat from her gaze as it trailed over my chest and torso before it paused on my Dolce & Gabbana briefs. “Where’s your vodka?” I asked.

“In a puddle on the floor. What are you doing here, Price?” she asked, suddenly weary.

I felt it, too, as I toed off my shoes and left the pants on the floor. It had been a long couple of weeks, and my desire to fight was gone as quickly as it had come. “Ah, here it is,” I said, finding a stash of high-end liquors in one of the cabinets. “How dirty do you like it?”

“Don’t be an ass,” she said, slumping onto a barstool.

I helped myself to ice from the dispenser and went to work on the martini.

“Aren’t you the least bit embarrassed?” she asked me, watching me as I worked.

“Not at all. I happen to think I have an excellent body.”

“You burst in here thinking I had a date, Derek.”

“I burst in here because you didn’t feel the need to explain to me that you needed a break. I would have worked it out. If you need something, tell me. I will get you anything that you want. If you can be bothered to be honest with me.” I capped the shaker and wrapped it in the very expensive hand towel.

“If I need something, I take care of it myself.”

“Ah, but, Emily darling, we’re a team. Remember?” The cheerful sound of ice and alcohol melding filled the kitchen.

“I can’t watch you shake that,” she said, turning away to take in the ocean view, ignoring my flexing pecs and abs.

“Then how will I earn my tip?”

“I’ll give you a tip. A sharp one plunged into your chest,” she offered. This was not the cucumber-cool, pristine flower petal that the rest of the world saw. This was the real Emily Stanton, and I was enamored.

“You’re a little mean on your night off. I quite like it.”

“Sometimes I really, really want to punch you. Just one shot in the middle of a sentence. I fantasize about it,” she mused.

“Yes, let’s talk about fantasies,” I said, conversationally as I poured the martini into her waiting glass then slid it toward her.

She stared at it for a beat, too stubborn to taste it and tell me what a magnificent bartender I was.

I opened the fridge and dug around for a beer.

“Are you purposely tensing your ass cheeks right now?” she demanded.

“Oh, you noticed? Perhaps you’re not dead on the inside after all.” 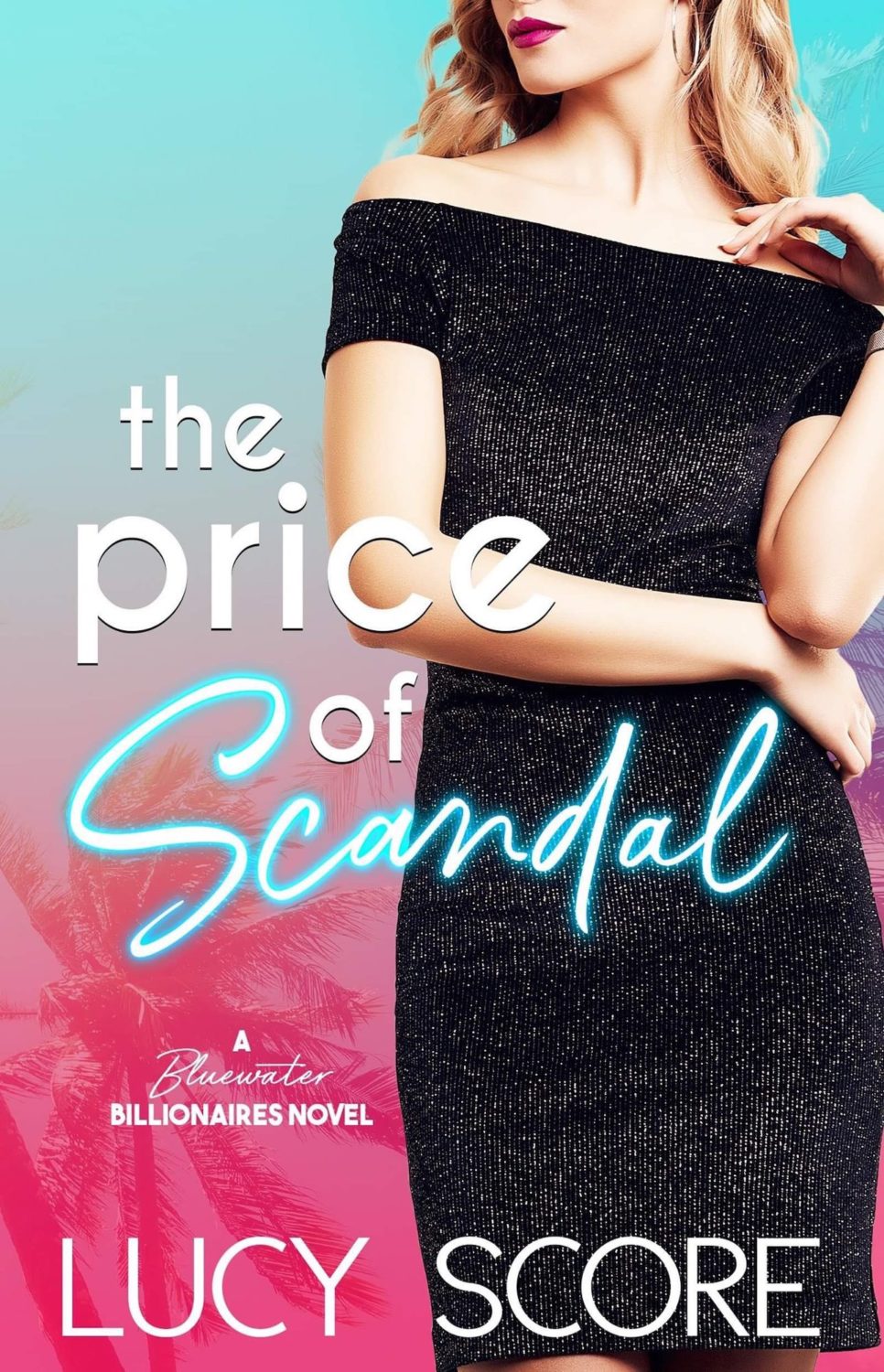 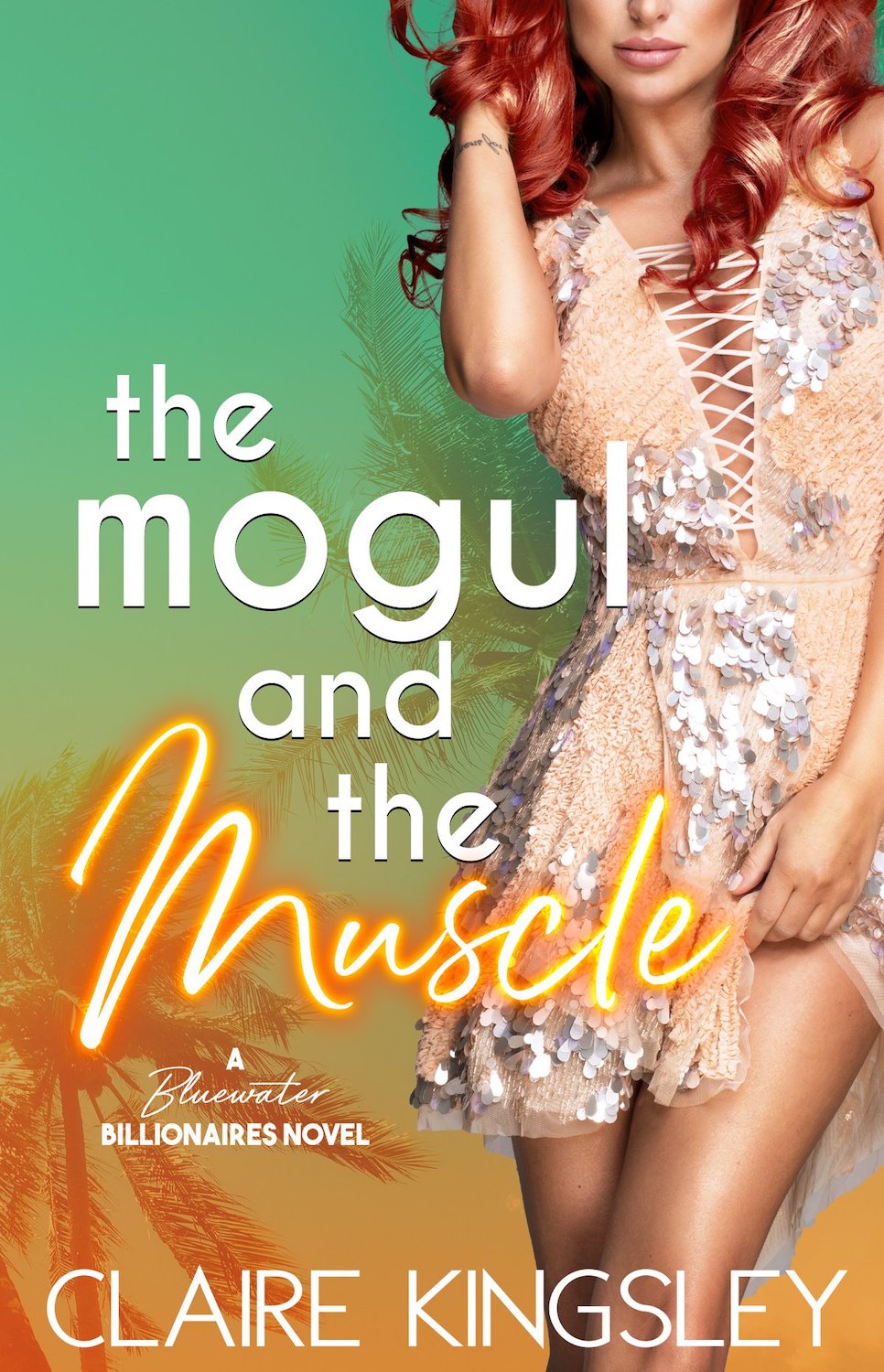 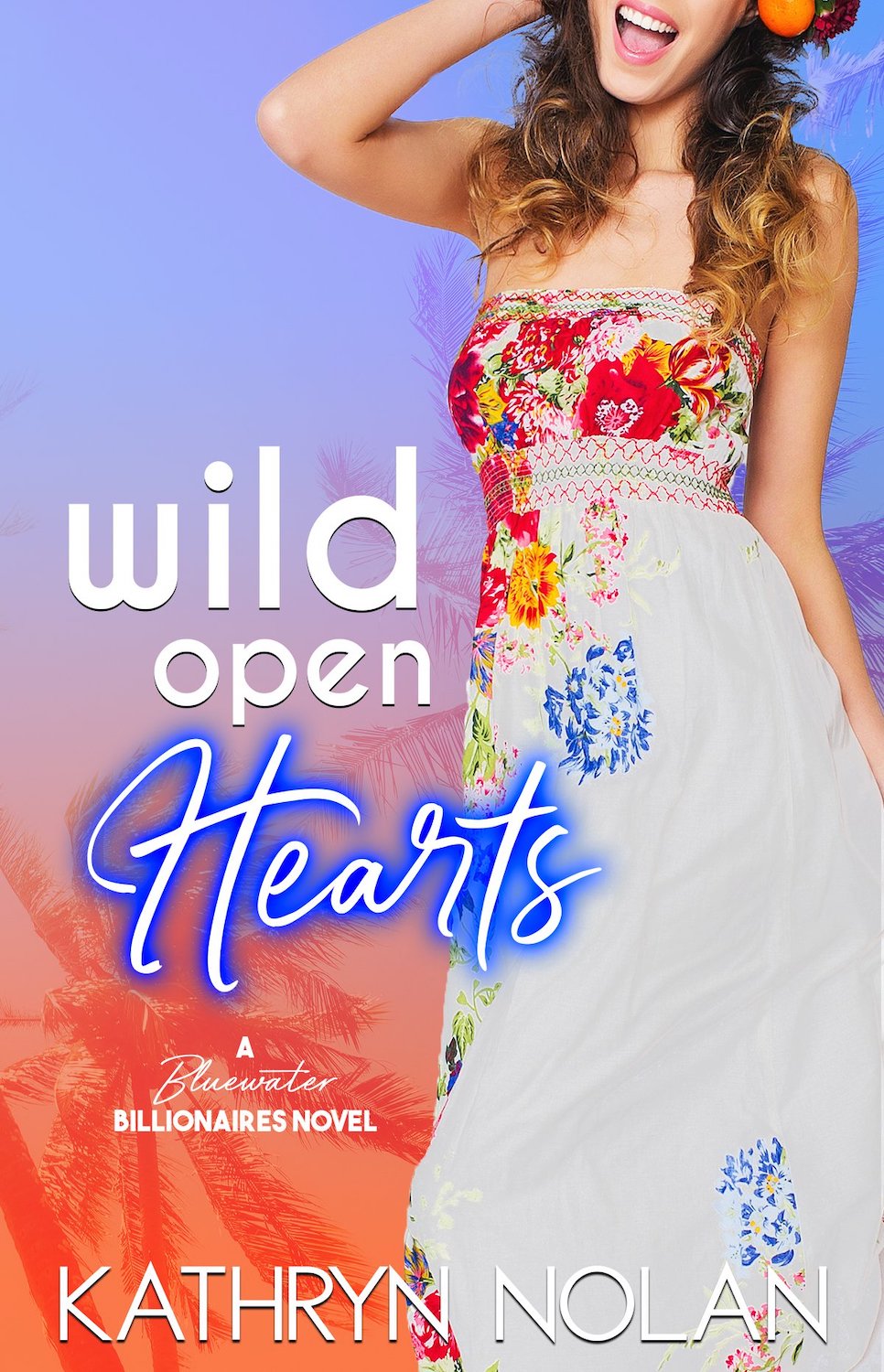 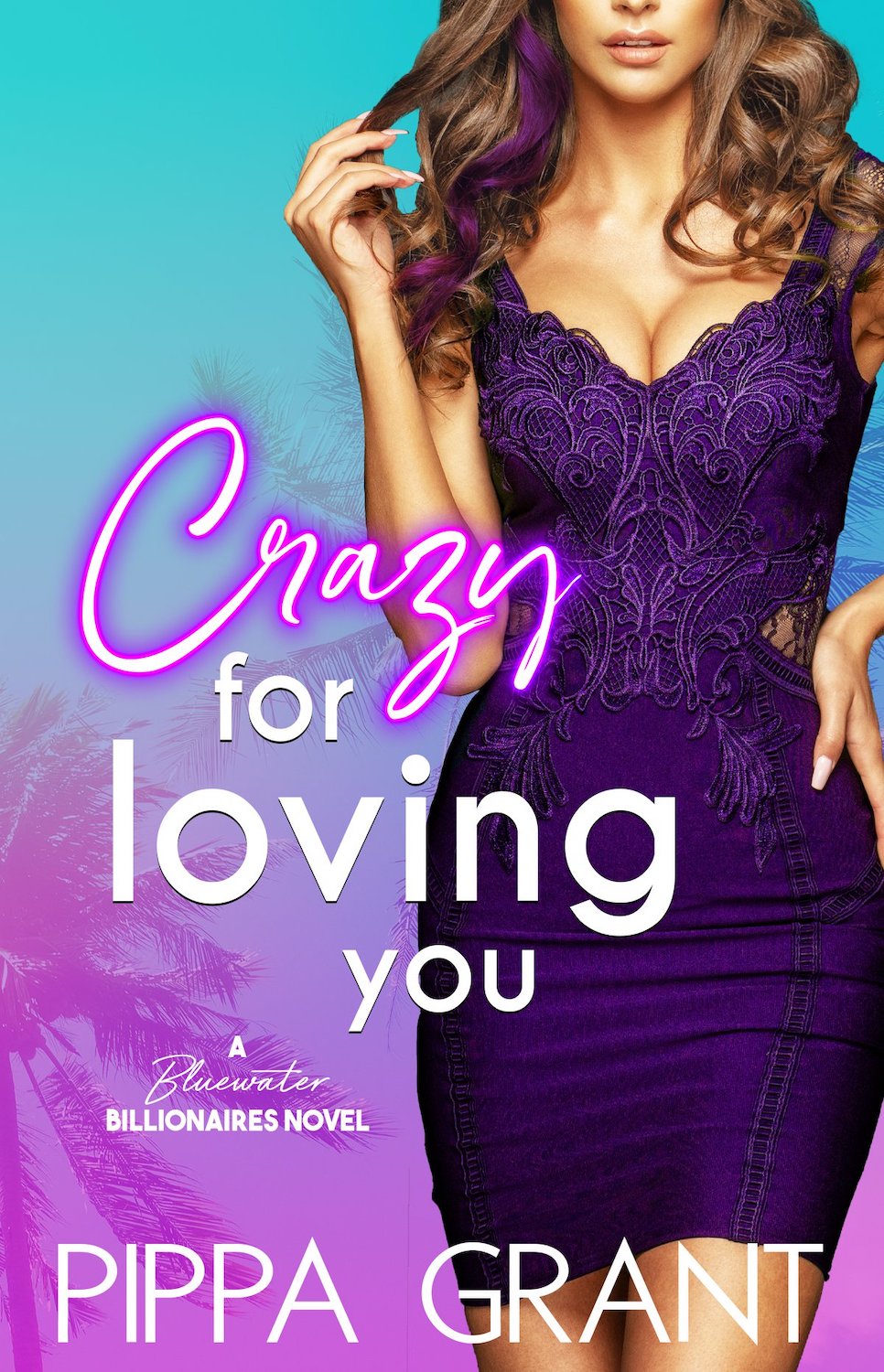