I am never alone. Not even when I am alone.

I see the unquiet dead, the souls that wander through the French Quarter.

They can’t move on, and I can’t stop seeing them.

I wear malachite for protection, and I control what I let in. It’s the only way to stay sane. Everything changes the day Cassian Winslow joins my ghost walking tour and knocks my world off its axis with green eyes the color of the stone around my neck.

An unspeakable evil is loose in New Orleans, taking young women and leaving a bloodbath in his wake. More shadows lurking for me. More unhappy dead. There might be a way to stop it.

Open myself up to Cassian.

If I do, it could spell his death.

An all-new chilling Romantic Suspense / Paranormal Romance set in the mystical city of New Orleans is out this week from author Kristen Proby, and you can read an excerpt below.

“Now we need to interview you,” Asher says, dropping into the sofa across from me. “Who the fuck is this guy?”

“He knows you,” Asher counters. “And he’s killing you, every fucking day.”

I swallow hard as bile rises into the back of my throat.

“That’s enough.” Cash’s voice is hard as he turns to me. “I checked out both of your ex-boyfriends. The guy from college lives in Arizona with his wife and two kids. The guy who used to own the tour group moved to Miami and got married last month.”

“So it’s not a past lover,” Asher says with a sigh. “A friend? A brother, cousin, childhood friend?”

“I don’t have any brothers.” My mind is whirling with possibilities. Who the hell could be doing this? “My father’s dead. I don’t have many male friends. Or friends in general, actually. They usually think I’m too creepy.”

My smile is thin. “There’s a shadow sitting right next to you. It has one ankle crossed over the other knee, and his arm is resting on the back of the couch as if you two are on a date.”

Asher jumps up and rushes over to the kitchenette.

“There’s a shadow standing to your left, right in front of the coffeepot. It’s been moving back and forth from that spot to the sink and back again since we came into the room. It’s as if he’s making coffee over and over again. Which he very well might be doing. He could be stuck in a ten-second loop, repeating it over and over again for all of eternity like an echo. I don’t know about you, but that sounds like its own kind of hell to me.”

“Jesus Christ,” Asher mutters, rubbing the back of his neck as if all of the hairs there are standing on end.

“I could keep going. I told you, I see dead people. It’s who I am. So, if I’m going to be close to someone, they have to not only accept that fact, but they also can’t be faint of heart.

“When I was younger, I tried to hide it from friends at school or boys I liked. I mean, who wants a creepy Debbie Downer around all the time, right? I know I don’t. But, sooner or later, we’d be somewhere, and it would come out.”

“Keep going,” Cash says. When Asher frowns at him, he says, “This could lead to a light bulb moment.”

“Well, like one time in high school, I went to the movies with this guy I liked. Jeff Anderson. He was nice, kind of geeky. Anyway, he asked me out, and I said yes. We get to the theater, and it’s an old one. There were so many shadows wandering around, it scared the hell out of me, and it takes a lot to do that.

“But I was young, and I really liked Jeff, so I just took a deep breath and sucked it up. We got our popcorn and Cokes, and when we walked into the auditorium, Jeff led me to seats in the middle of the place. But there were shadows already sitting there.”

“What did you do?” Asher asks.

“I said, ‘let’s sit somewhere else.’ At first, Jeff was fine with it, but everywhere he went, there was a shadow sitting in the seat. Maybe it was the same one dicking with me. I don’t know. That’s happened before.

“So, finally, I said, ‘this place is too haunted for me.’ He laughed, but when he looked at my face and saw that I wasn’t kidding, he said some hurtful things, and we left. He refused to take me home. Said he didn’t want a devil worshiper in his car. I had to walk home.”

“All the way to that house in the bayou?” Cash asks.

“Yeah. It was horrible. The bayou is horribly haunted. I got home well after midnight, and my sisters were worried sick.”

“What about your mom?” Asher asks.

“She slapped me across the face when I walked through the door.”

“She’s a lovely woman,” Cash assures Asher. “So far, what I’ve learned from this is: I need to kick Jeff Anderson’s ass, and your mom is a grade-A bitch.”

“I won’t disagree.” I shrug a shoulder. “I know it’s not Jeff doing this. The people who leave my life because of my abilities do so because it scares them. I don’t have to be a shrink to know that. It’s never made someone so angry that they wanted to kill me or anyone who looks like me. That would make them—”

“Psychotic,” Cash finishes for me. “And, yes, it could happen. But I’m inclined to agree that it’s unlikely. I’m also sorry that you had to deal with so many jerks.”

“Are there any more shadows lurking around here?” Asher asks.

“Dozens,” I confirm. “But those are the only two in this room. There’s one that stands behind the receptionist. It looks over her shoulder as if its checking her work.”

There is one in there, but there’s no need to scare him. 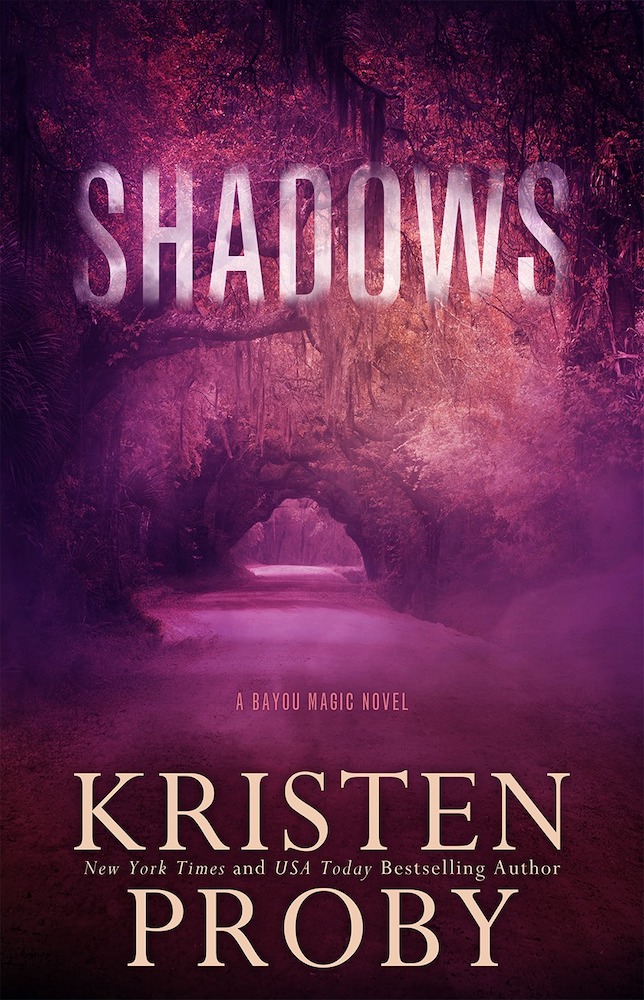 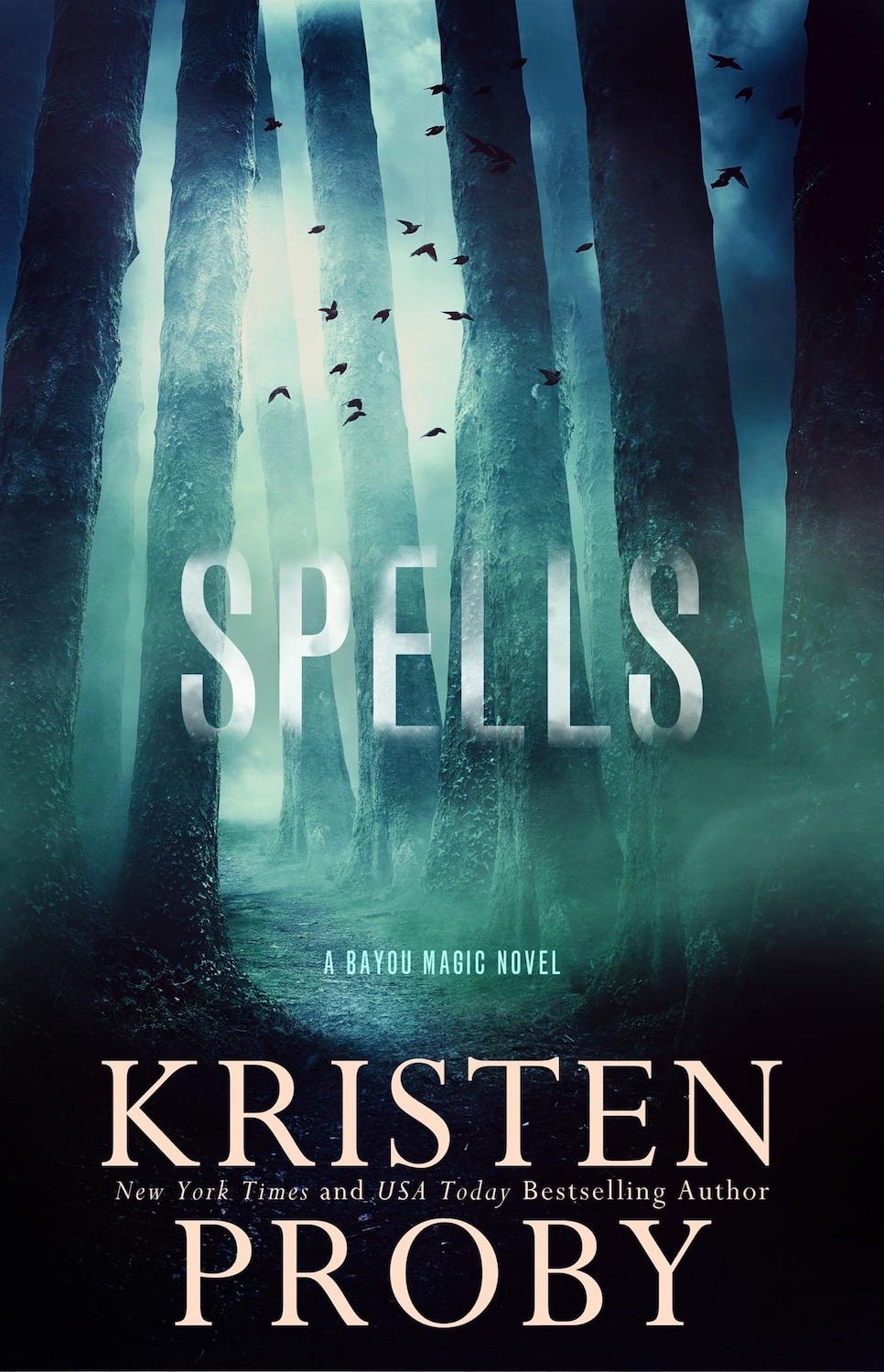