Raised to rule, bred to lead and weaned on a diet of ruthless ambition. In a world of haves and have nots, my family has it all, and I want nothing to do with it.

My path takes me far from home and paints me as the black sheep. At odds with my father, I’m determined to build my own empire. I have rules, but Lennix Hunter is the exception to every one of them. From the moment we meet, something sparks between us. But my family stole from hers and my father is the man she hates most. I lied to have her, and will do anything to keep her. Though she tries to hate me, too, the inexorable pull between us will not be denied.

And neither will I.

Raised to resist. Bred to fight. Survival is in my blood and surrender is never an option.

Though surrender is what Maxim Cade demanded of my body and heart, I had other plans. We were fast-burning fascination and combustible chemistry, but the man I trusted with everything was a trickster. A thief who stole my love. If what we had was a lie, why did it feel so real? The man I swore to hate will have it all, and wants me at his side. But power is a game, and we’re the pawns and players.

Facing insurmountable odds, will we win the world, or will we lose it all?

Book Series:  All the King's Men

I’ve never needed her to be anything except who she was from the moment I met her—a bold, beautiful battle cry.

At a time when everything in the world feels uncertain and bleak, and the safest path is to stay away from topical issues, it takes guts and heart to write a story that not only engages with some of the greatest environmental and social challenges of our time, but also touches on a range of hot topics rarely found in a genre that is supposedly all about escapism and fantasy. Luckily for us, Kennedy Ryan has both in spades. Her magnificent new duet tells the story of two people from very different backgrounds, but both destined to change the world in their own way and make it a better place. I have treasured every single novel I have ever read from this author, but this story sets a new bar in the genre for what it means to write a complex, well-rounded story that masterfully navigates political, social, and cultural realms, without ever taking away from its primary romantic plotline. Exquisitely written, meticulously researched, tender, yet oh-so steamy—this is the Mary Poppins of Contemporary Romances: practically perfect in every way.

“You and your family, your father represent everything I want to spend my life fighting.”

As heir apparent to one of America’s most powerful oil barons, Maxim Kingsman Cade has been groomed from birth to take over the family business. But it takes a single moment in time—and the words of one young Apache woman, standing fearlessly on a hill, with tears in her eyes, protesting a Cade Energy pipeline—to change the course of his life forever. Ashamed of everything his last name stands for and determined to forge a very different legacy to that of his father, Maxim walks away from the safety of his family’s empire and spends the next four years laying the foundations for one of his own. But just as both their lives are about to take flight, their paths cross again.

The truths I want to uncover are buried in faraway places. The things I want to sell, some of them don’t even exist yet. The world I want to create for myself, the life I want requires me to be an explorer, philanthropist, inventor, businessman, every man and any man. I’m doing what four generations of Cades did, but on my own. Making something out of thin air.

Lennix Moon Hunter was drawn to activism from a very young age, and by the time she reached adulthood, she knew that she would never stop fighting for the rights and causes of the forgotten. At twenty-one years of age and with a college degree in tow, she’s at the cusp of one of the most important moments in her life—deciding what path is right for her—but a chance encounter in a bar in Amsterdam ignites a new flame inside Lennix, a flame that would continue to burn softly over the next decade as their paths continue to take them to different corners of the globe.

“Do what you need to do. Change your world. I have to go make my world, but when the time is right, I’ll be back for you.”

Ten years later, we find Lennix at the head of one of the most successful political consulting firms in the country, having made it her life’s work to empower candidates who would champion the causes of the marginalized, while Maxim has built an entire empire from scratch. And when they meet again, it is no act of serendipity because Maxim has never stopped hoping for a second chance with the woman who stole his heart all those years before. But with a past as complicated as their own, their reunion is not easy, and with so much at stake this time around, both personally and professionally, being together proves to be no easy task for two people who’ve never set aside their ambitions and goals for love.

The winding path to this moment runs over sacred grounds turned to battlefields, through Amsterdam’s cobblestone streets and canals, through a frozen tundra under midnight suns. Through our nation’s capital. Every step led to me sitting here in Maxim’s lap, letting him chase my fears away. Letting him tempt me into a second chance.

One of the most beautiful aspects of this story is the unselfish way Maxim continues to love Lennix. Her spirit and her zeal make him want to be a better man when they first meet, and as their relationship progresses, he never tries to clip her wings, or make her anything less than who she truly is. All he wants is to fly alongside her, watching her blaze her own trail in life, and only stepping in to protect her when she is in peril.

“I love her. I don’t own her. You don’t hold back someone like Lennix because the beauty is in how she flies. I want to see her soar. I just want to make sure she always lands safely.”

Jam-packed with action, murder, politics, social issues, and romance above all, every part of this story is designed to make us care and feel. It’s a rallying cry for indigenous rights and climate change activism as much as it is a love story, and with so much truth at this novel’s heart, only in the masterful hands of Kennedy Ryan could this be the perfect recipe for romance. A masterpiece.

“In what world could you possibly think I would belong to you?”
“In the one we make together.” 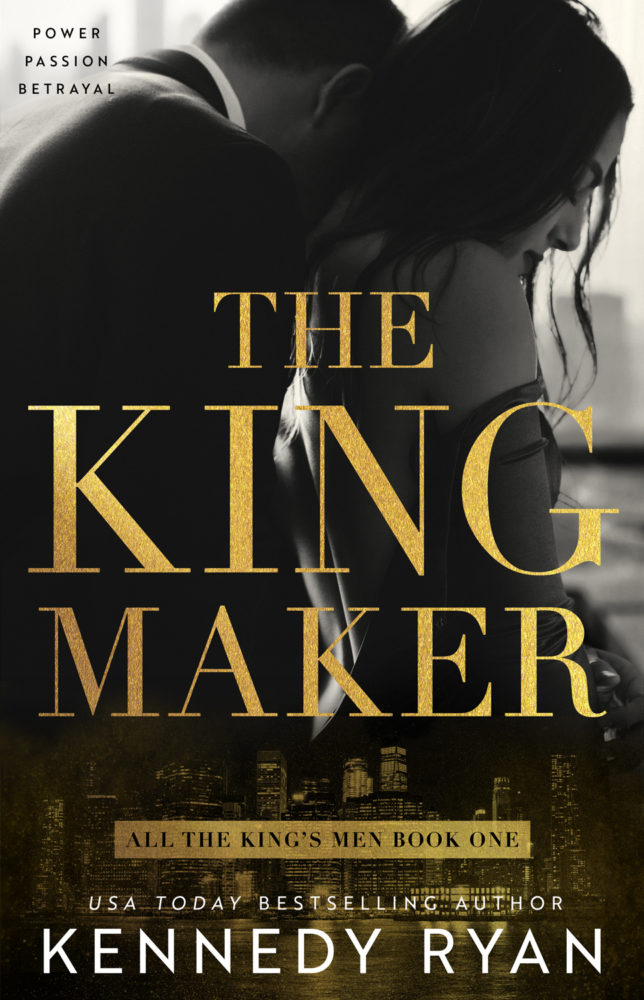 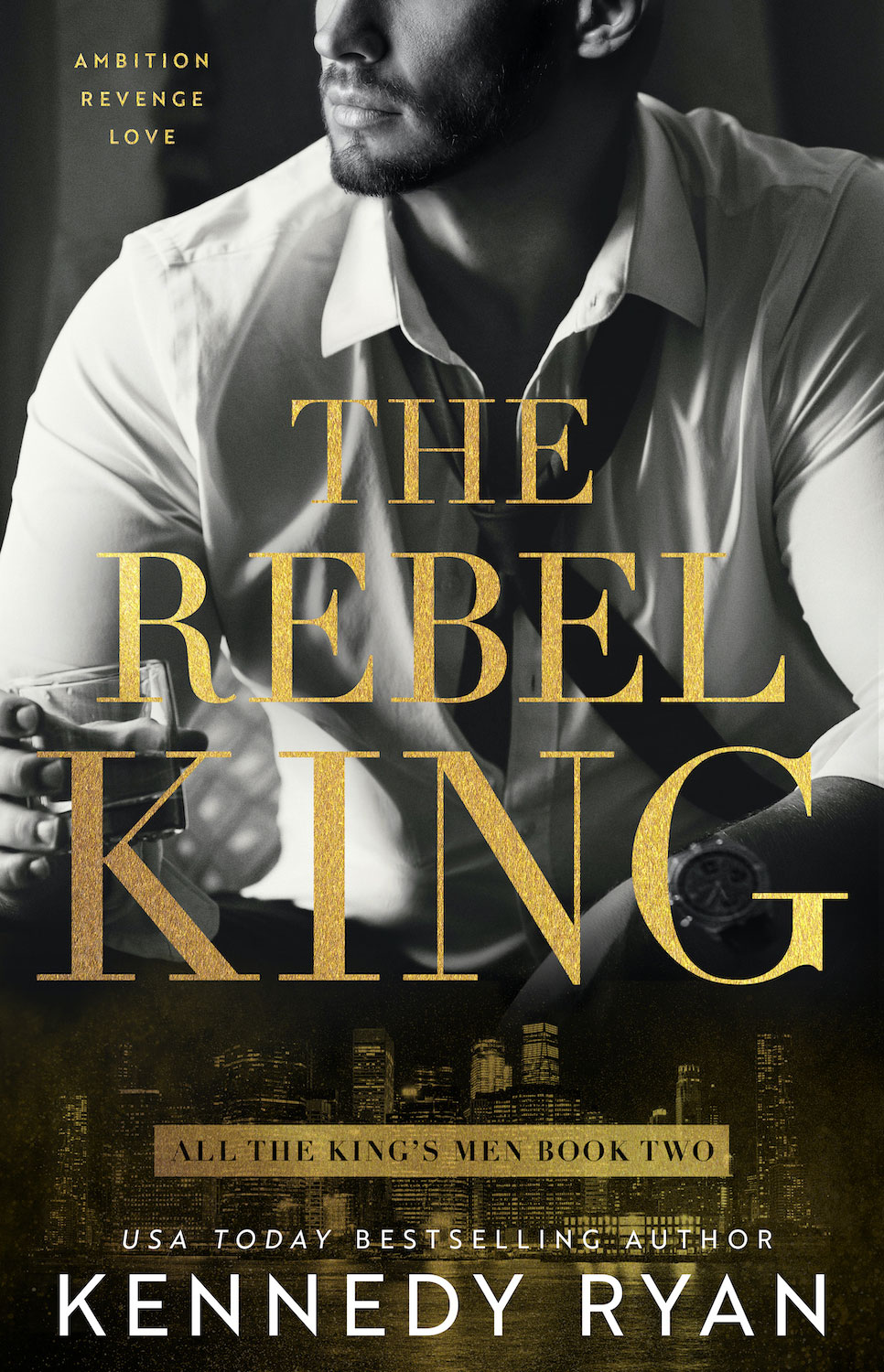