They call him an angry god.

To me, he is nothing but a heartless prince.

His parents rule this town, its police, every citizen and boutique on Main Street.

All I own is a nice, juicy grudge against him for that time he almost killed me.

Between hooking up with a different girl every weekend, breaking hearts, noses and rules, Vaughn also finds the time to bully little ole’ me.

I fight back, tooth and nail, never expecting him to chase me across the ocean after we graduate high school.

But here he is, living with me in a dark, looming castle on the outskirts of London.

A fellow intern. A prodigal sculptor. A bloody genius.

They say this place is haunted, and it is.

Carlisle Castle hides two of our most awful secrets.

Vaughn thinks he can kill the ghosts of his past, but what he doesn’t know? It’s my heart he’s slaying.

An all-new angst-filled standalone in L.J. Shen’s bestselling All Saints High series is out now, and I have an excerpt for you.

It didn’t even make sense, but I still looked—even at my own parties, where uninvited guests weren’t welcome. She was a dark shadow following me everywhere, and I always tried to maintain the upper hand in our imaginary relationship. Fuck, I even rummaged her stupid-ass Instagram and found out what she watched and listened to just so I could understand her cultural world better and crack her, should the occasion occur.

And, well, it fucking had.

I decided on the spot that, despite Knight’s status as my closest friend, I wasn’t going to tell him I knew her. It would only complicate things, pushing my secret one more inch toward the light.

As it was, the truth was clawing at me, leaving welts of uncomfortable reality. Sometimes, on bad nights, I was tempted to tell my parents what had happened to me. They were decent parents, even my dipshit self had to admit. But ultimately, it boiled down to this: no one could take my pain away. No one.

Not even my damn-near-perfect, loving, caring, powerful, billionaire parents.

We come into this world alone, and we die alone. If we get sick, we fight it alone. Our parents are not there to go through chemo treatments for us. They’re not the ones losing their hair, puking buckets, or getting their asses kicked at school. If we’re involved in an accident, they’re not the ones losing blood, fighting for their lives on the operating table, losing a limb. “I’m here for you” is the dumbest sentence I’d ever heard anyone say.

They were not there for me.

They tried. And they failed. If you want to look at your fiercest protector, at the one person you can always count on, take a good look in the mirror.

I was in the business of avenging my own pain, and there was a debt to collect.

I was going to get it. Soon.

As for my parents, they loved me, were concerned about me, would die for me, blah blah fucking blah. If my mother knew what went through my head, what had really happened that day at the Parisian gallery auction, she would commit coldhearted murder.

But that was my job.

And I was going to enjoy it.

“So you’re telling me you don’t think Lenora Astalis is hot?” Knight wiggled his brows, pushing off the lockers and matching my stride.

I eyeballed her again. She balanced her textbooks on her hip as she walked toward the lab, not hugging them to her chest like the rest of the preppy damsels of All Saints High. She wore a black denim mini skirt much shorter than my fuse, fishnet stockings ripped at the knees and ass, and army boots that looked more haggard than mine. Even septum and lip rings couldn’t taint her shy appearance. She popped her pink gum, staring ahead, either ignoring my existence or not noticing me as she brushed past.

Her beauty—if you could call it that—reminded me of a child’s. Small, button-like nose, big blue eyes dotted green and gold, and narrow pink lips. There was nothing wrong with her face, but nothing overtly attractive about her, either. In the sea of Californian, shiny-haired, tan-skinned girls, with bodies made of glitter, muscle, and curves, I knew she wouldn’t stand out—positively, anyway.

I arched an eyebrow, shouldering past him to class. Knight followed me.

“Are you asking if I’d let her suck my cock? Possibly, depending on my mood and level of intoxication.”

“How fucking charitable of you. Actually, I wasn’t asking that at all. I wanted to tell you Lenora, like her sister, is off-limits for you.”

“Oh, yeah?” I threw him a bone, keeping him humored. Hell would freeze over before I took an order from Knight Cole. Or anyone else, for that matter.

“You can’t break any of the Astalis girls’ hearts. Their mom died a few years ago. They’ve had it rough, and they don’t need your nasty-ass self shitting on their parade. Which happens to be your favorite pastime. So this is me telling you I’ll fuck you up if you touch them. Specifically, the morbid-looking one. You feeling me here?”

How had I not heard about it when Poppy moved here?

Oh, that’s right. I cared about her existence a little less than I did about Arabella’s stupid parties.

I knew the mother never moved with Edgar and Poppy, but I’d guessed they either got divorced or she stayed with the talented kid in England.

Mothers were a touchy subject for Knight for more reasons than I could count. I knew he’d take it as a personal offense if I deliberately smashed Good Girl’s little heart. Lucky for him, I had very little interest in that organ, or the girl who carried it around in her chest.

“Don’t worry, Captain Save-a-Ho. I won’t fuck them.” I pushed the door to my class open and blazed inside without sparing Knight another look. Easiest promise I ever had to make.

When I plopped down and glanced toward the door, I saw him through the window, running his thumb across his throat, threatening to kill me if I broke my word.

My father was a lawyer, and semantics were his playground.

I said I wouldn’t fuck her.

I never said I wouldn’t fuck with her.

If Lenora deserved a public spanking to make sure she stayed in line, her ass was going to be red.

And most definitely mine. 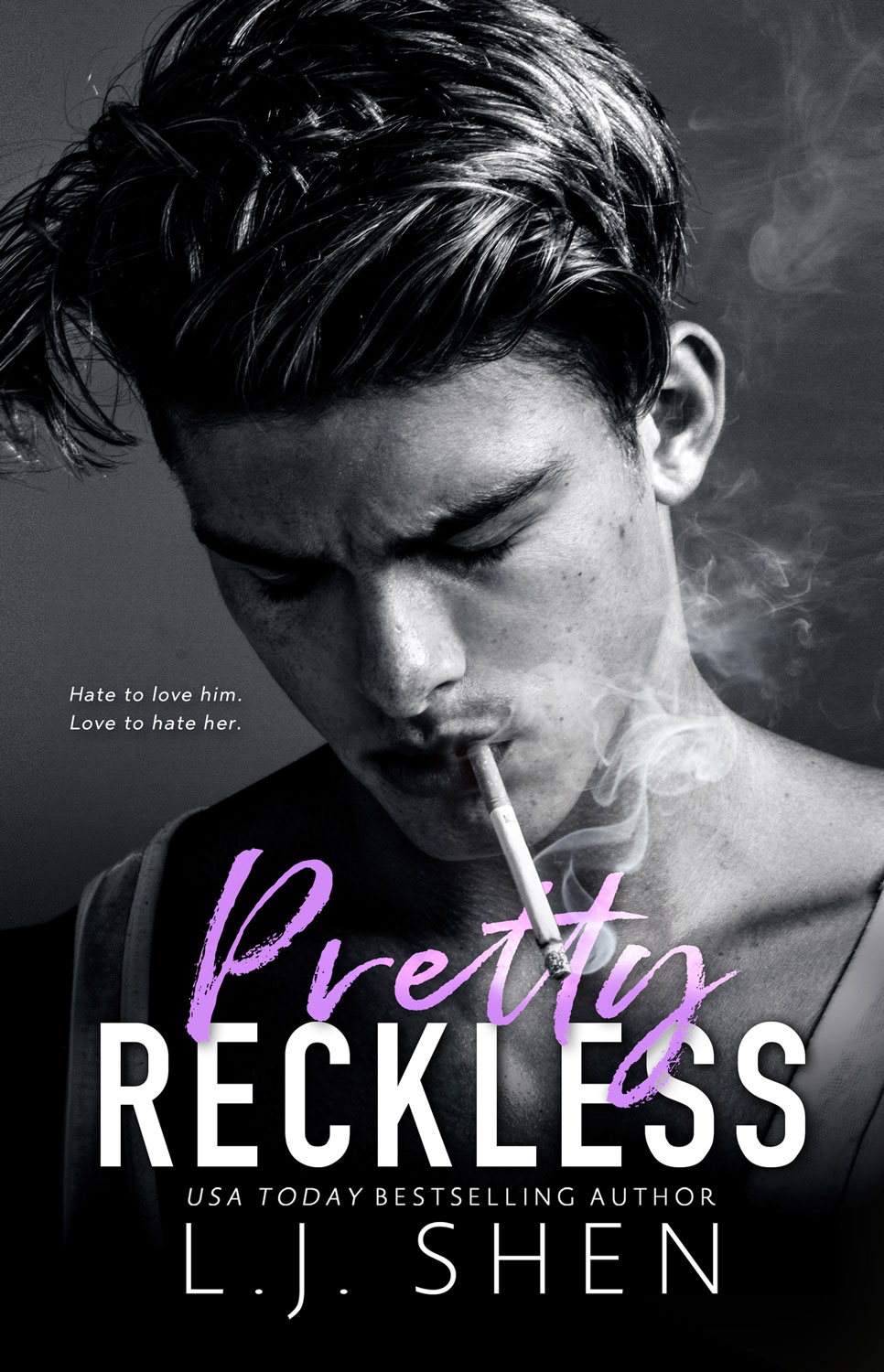 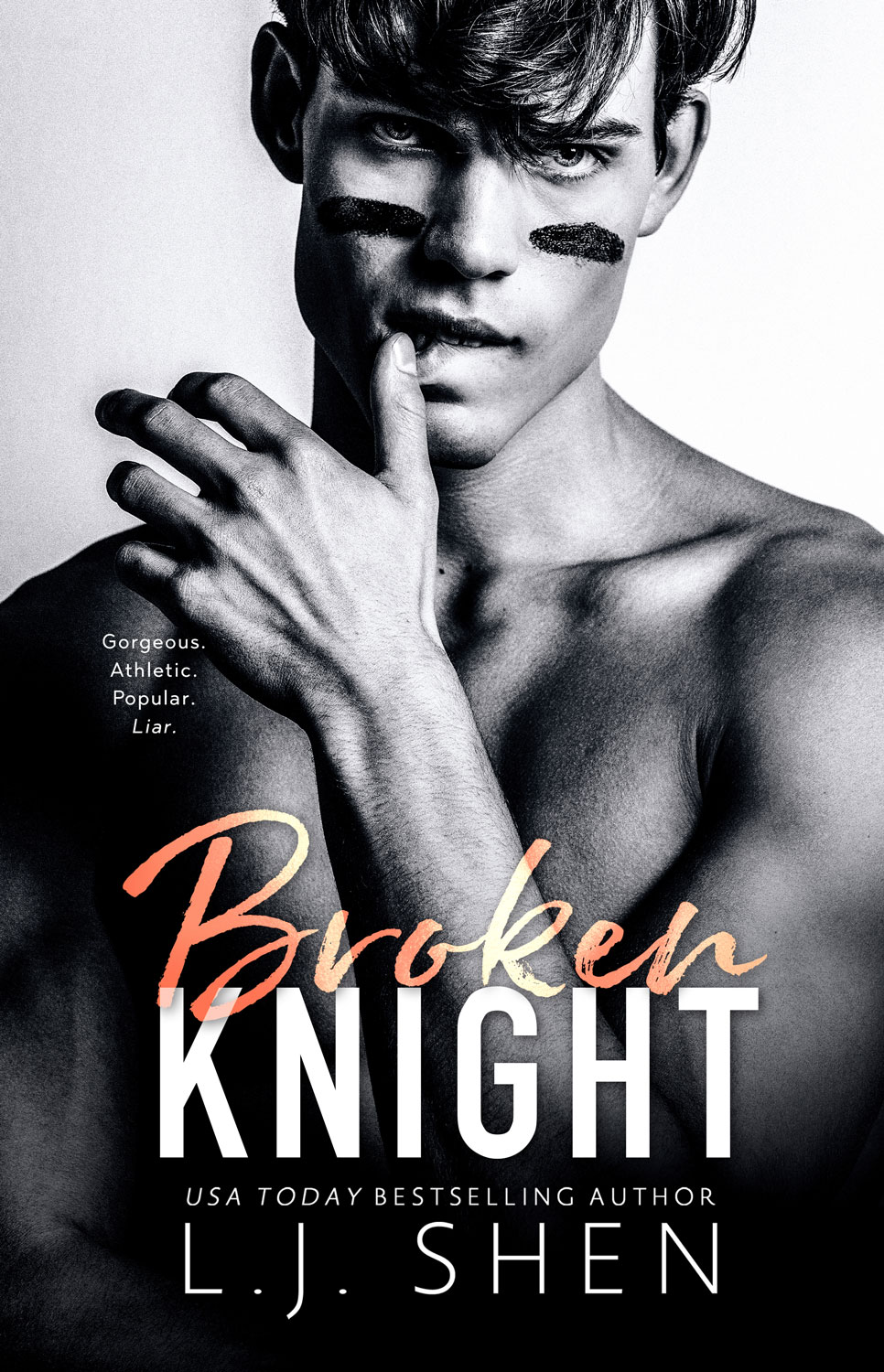 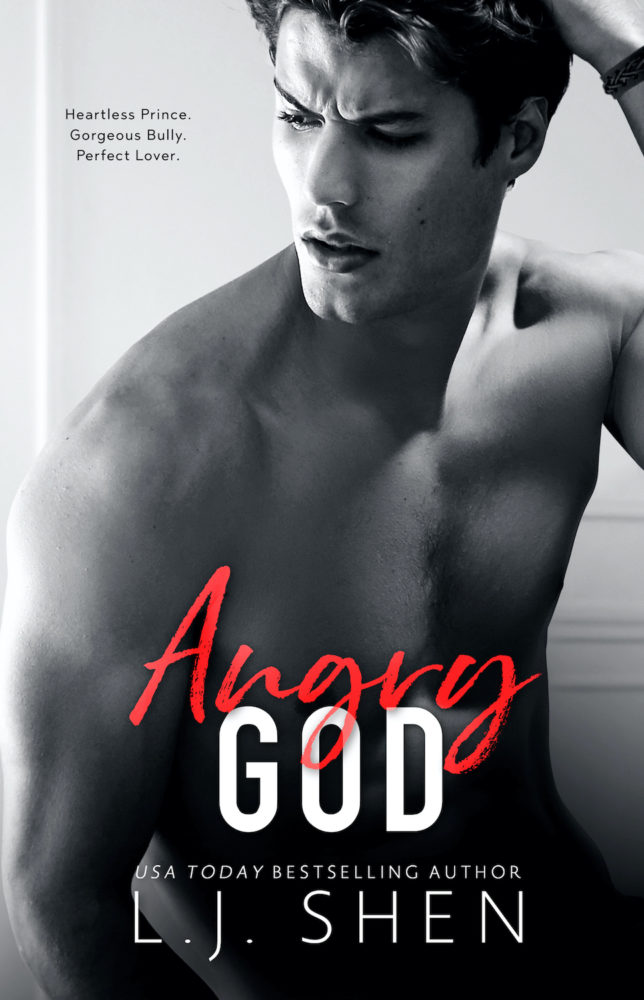