If you woo, win, and walk away, a second chance is going to cost you.

Headstrong Ruben Harper has yet to meet an obstacle he can’t convert to a speed bump. He’s used to getting what he wants from girls, but when he develops a fascination for a man, his wooing skills require an upgrade. After months of persuasion, he scores a dinner date with Henry Normand that morphs into an intense weekend. The unexpected depth of their connection scares Ruben into fleeing.

Shy, cautious Henry, Ruben’s former high school history teacher, suspects he needs a wake-up call, and Ruben appears to be his siren. When Ruben bolts, Henry is left struggling to find closure. Inspired by his conversations with Ruben, Henry begins to write articles about the memories stored in everyday objects. The articles seduce Ruben, even as Henry’s snowballing fame takes him out of town and farther out of reach.

“You’ve surprised me, Ruben. When we’re together I lose track of you being eighteen and me being thirty-two. I’m too busy enjoying the way we are together. I’m attracted to too many aspects of you to be able to stop at only sex.” Henry looks away. When he looks back, his blue eyes hold pain. “I would always want all of you.”

You know that book that you can’t stop thinking about? The one you find yourself breathlessly and incoherently recommending to anyone willing to listen? The one you wish you could read all over again for the very first time? This is that book for me. One of the most spellbinding, profound, beautifully told romances I’ve ever had the pleasure of reading, this is the kind of story that stays with you, moves you, changes something in you—and it has everything to do with Alice Archer’s glorious prose. A breathlessly romantic tale of courage and growth, of patience and trust, of tender melancholy and wild abandonment, I resented every single moment I had to spend away from these characters, and fell every bit in love with them as they do with each other. Make room in your life to experience this rare gem of a story!

There is a lot we know about Henry Normand from the moment we meet him. He is thirty-two years old. He works at the Boston Museum of History. He loves teaching. And he is well aware that one of his high school interns is infatuated with him. But as captivated as Henry is by the youthful exuberance of the much younger man, fourteen years and a lifetime of experience stand between them, and no inappropriate lines are ever crossed while Henry remains Ruben’s teacher. What Henry doesn’t realise is that Ruben Harper has just been biding his time, processing his own attraction to Henry, and waiting for the right time to make a move.

“I’m away for the summer. After that, I’m not waiting any longer.”

From the moment they meet again, their long-suppressed attraction flares to life in ways that neither of them could have ever imagined, but it is the emotional connection between them that immediately begins to take root and empowers them to open to one another in ways that would change them both forever. Their one and only weekend together becomes a turning point in both their lives—a stolen moment in time that is fleeting, yet momentously important for both Henry and Ruben—but in spite of the way their souls cling to each other and beg not to be parted, they both know that one of them will always want more, and the other can only offer less. So they say goodbye, gratefully, but reluctantly, expecting never to see each other again.

I am nothing more than his safe way to begin. I am Ruben’s starter kit. A short preface that will soon pale when his real story begins. An overture to the symphony he will discover beyond me, after me, without me.

It doesn’t take long for Ruben to become aware of the gaping hole in his heart and to realise not only that leaving Henry might have been the biggest mistake of his life, but that the only thing he wasn’t grown-up enough to appreciate during their short time together were his feelings for the sweet, gentle man who set him free when all he wanted was to keep him. Henry’s own journey by then, however, has taken him far away from Boston, and Ruben will have to collect all the tiny breadcrumbs that Henry has laid along the way that would lead him back to the man he loves.

I didn’t claim Henry when I had the chance. I won’t make that mistake again—even if I have to take a journey to the other side of the mirror to figure it out.

Alice Archer’s hand is masterful as she transforms everyday moments of life into sublime poetry, but the elegance of her prose is only one reason to love this insanely beautiful novel. A story like this forces us to consider the world around us with a greater sense of understanding and empathy, and it shows us how important it is to share our own story because we never know how much of an impact it could have on someone else. I’ve simply never read anything like it, and if you’re anything like me, you’ll find yourself thinking about this book often, while also pushing it into the hands of all your friends.

Ruben, my force of nature, undoes me, stuns me, demolishes my resistance. I feel scrubbed clean and windblown, as though I’ve weathered a hurricane and come away giddy and grateful to be alive. He’s put every dream I pushed off the table right into my hands. I get to belong.

By the time he’s back in Henry’s apartment, Ruben’s amped-up energy and residual rage make him feel like he’s going to self-combust—or maybe even hurt Henry. Not because he wants to, but because he can’t control his intolerable feelings.

Henry shoves Ruben into the bedroom.

Ruben stumbles, willing and eager, needing direction but hating that he needs it. He knows his feelings are too strong to be just a response to what happened at the pub with the black-haired man. Anger, jealousy, yearning, defensiveness, greed, hostility, and aching aggression fly through his body without landing. They blur and block his vision, circle around, taunt and antagonize him over and over.

Keeping track of Henry’s eyes seems to help the most.

The anchor beneath the waves.

At the last second, Henry flips Ruben to land on the bed on his back. Henry falls alongside him, his movements brisk and intense. He slides a leg over Ruben’s thighs, tucks his foot under Ruben’s knees to hold him tight.

Shades and flashbacks of Henry pinioning him at the radiator make Ruben instantly harder, and he squirms to rub himself against Henry’s thigh. But Henry’s having none of it. He puts Ruben’s hands under his butt and gives him a look that tells him to keep them there. Ruben nods, lost.

After five long years of being the wolfish one, pushing and persuading girls and women to give him what he wants, but then not getting it anyway, after six long weeks of pushing men to get what he wants, but never getting close, Ruben can’t help but compare. The last thirty seconds have amped his meter into the red, heated him to blazing, made him so giddy with arousal at Henry’s torturous promise of deliverance that he doesn’t recognize himself.

Sex is always about fighting for more.

Ruben drops into a willingness so trusting he never knew to imagine it. He relaxes his neck, and his head falls back into the bed, but his fingers try to clench, like they know something he doesn’t—like they’re not convinced it’s okay to relax. He looks up and searches the tempest.

Nothing matters but holding fast to Henry’s eyes and stalking the frightening itch that demands to be scratched.

But right now is not in Henry’s vocabulary.

Thus begins the biggest turn-on Ruben has ever known or imagined.

Henry takes his time unbuckling Ruben’s belt, unbuttoning his jeans, slowly lowering the zipper. It takes approximately thirty-five years longer than Ruben wants it to, and he squirms and wiggles and tries to increase friction where it would count the most. But Henry won’t allow it and holds him close in all the wrong/right ways.

Almost there… after the zipper, he’s almost there.

Ah. Henry’s hand brushes Ruben’s erection, sending a shooting star through Ruben’s addled mind. But then with a quirk of his eyebrow, Henry takes his hand away and slowly unbuttons Ruben’s shirt, which makes Ruben so demented he wants to cry and so frustrated that he groans from the intolerable mix of desire and anticipation.

Henry looks down at Ruben with an unreachable lure of a smile—a taunt Ruben suspects will feature in mental replays for years to come. It’s a tolerant, all-knowing, mouthwatering smile.

Ruben closes his eyes to deflect its sharp arrow.

He feels the last shirt button come undone, and Henry spreads Ruben’s shirt panels aside, untucks his undershirt, runs his hand along Ruben’s bare skin from his exposed underwear to his neck and stops when his long fingers spread against Ruben’s jaw.

Holding his gaze Henry slides his thigh, then his leg, then his body on top of Ruben. He drops and presses his weight onto Ruben’s hips at the exact moment he delivers an insistent kiss—the most enflaming kiss Ruben’s mouth has ever yearned for.

This is the kiss I’ve been searching for.

Deep inside Henry’s hard kiss, the known universe breaks open and Ruben glimpses the shape of his need.

He inhales a long breath through his nose, pulls his hands from beneath his ass where Henry had put them, grips Henry’s arms, and yanks him closer. He uses lips, jaw, and neck to open Henry’s mouth wider, to take more of him… and Henry follows.

Ruben moans, and Henry lifts away from Ruben’s mouth. The fine lines at the edges of his eyes crinkle with humor.

He knew what this would do to me.

Ruben shoves Henry up and off, focusing his need into precise movements.

Ruben pins Henry’s shoulders, unfastens and yanks down his pants, grabs Henry’s hard cock in his fist, and issues his first command. “Don’t you dare move a muscle.”

Henry offers no resistance. Only the sweetest smile Ruben can imagine being the cause of. 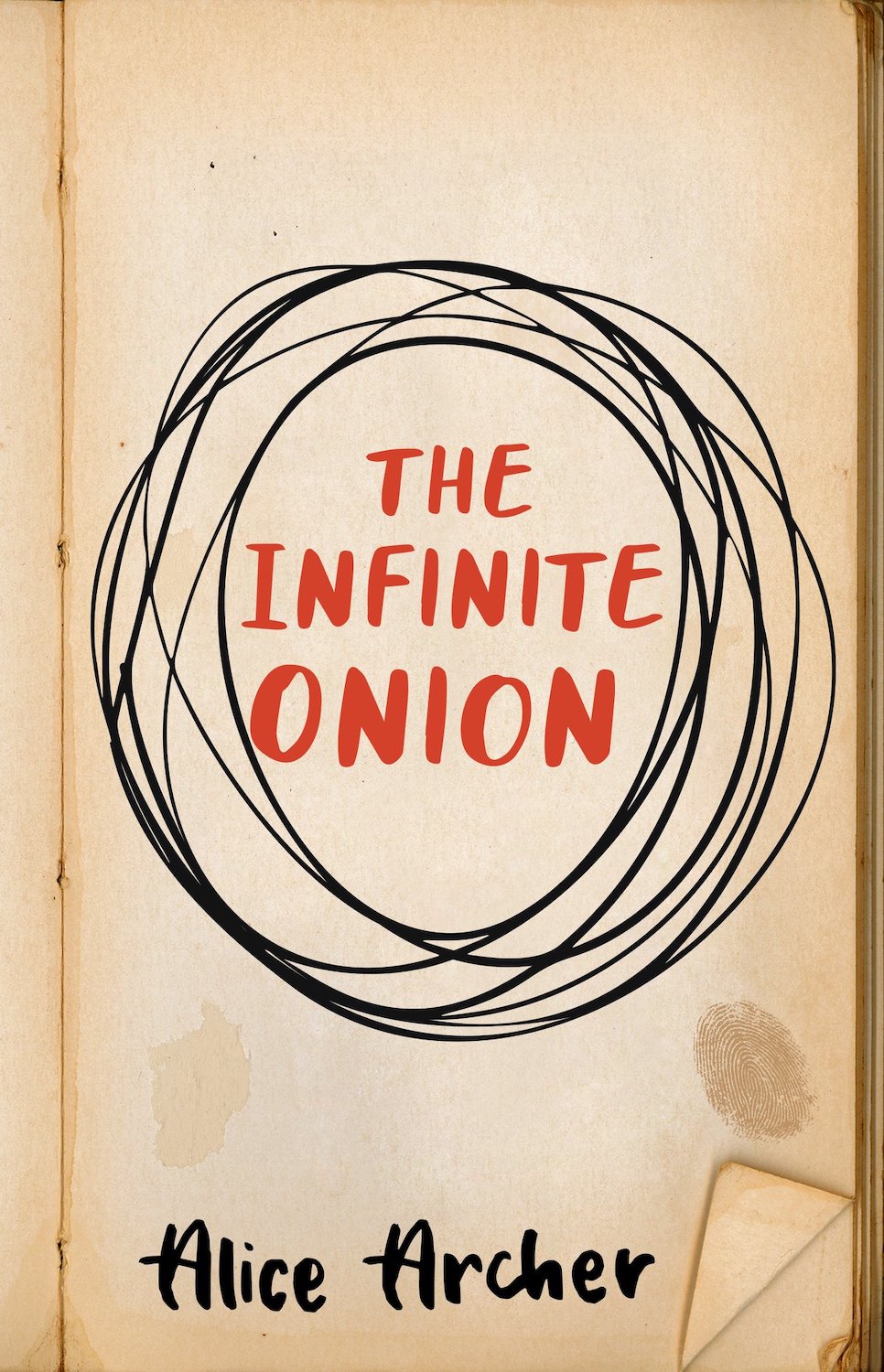 Love this review!! One clicking now!!