The truth is harder to hide when someone sharp starts poking around.

Grant Eastbrook hit the ground crawling after his wife kicked him out. Six months later, in Seattle without a job or a place to live, he escapes to the woods of nearby Vashon Island to consider his options. When he’s found sleeping outdoors by a cheerful man who seems bent on irritating him to death, Grant’s plans to resuscitate his life take a peculiar turn.

Oliver Rossi knows how to keep his fears at bay. He’s had years of practice. As a local eccentric and artist, he works from his funky home in the deep woods, where he thinks he has everything he needs. Then he rescues an angry man from a rainy ditch and discovers a present worth fighting the past for.

Amid the buzz of high summer, unwelcome attraction blooms on a playing field of barbs, defenses, and secrets.

Oliver goddamn Rossi. A guy like an onion unwilling to give up its outer layer, the reluctant skin coming away in thin strips. A poke into the juicier layers would only provoke a sharp sting.

There are writers whose prose is so vivid and so emotionally resonant, that you might briefly forget you’re reading a work of fiction, and while Alice Archer has already proven that her hand is as elegant as it is masterful, her newest novel continues to show real insight into the human soul. An eye-opening exploration of the profoundly visceral relationship between a person’s past and present, this is the tale of two men whose chance encounter ends up being the lifeline they both so desperately needed to make a change. Archer builds their story slowly, with beautiful language and setting, lovingly weaving her sentences into a powerful tapestry of emotion that holds the reader captive through and through. She’s a poet at heart, a born storyteller, and I can’t shout this book’s praises loud enough.

I had a crush. An unwelcome crush on someone who awed and annoyed me.

Grant Eastbrook is a thirty-eight-year-old underachiever who’s been stuck in a rut for a very long time. In his professional life, he’s always lacked ambition, drive, or direction, gravitating towards jobs that felt safe, familiar, or required the bare minimum of him. And his private life followed suit. Now, with a failed marriage behind him, no job, no savings, and no concrete skills to fall back onto, Grant has hit rock bottom and has no idea how to turn his life around. Having run out of money and options, and with all his worldly possessions fitting into a single bag, he takes a ferry from Seattle to Vashon Island, hoping a change of scenery would help him clear his mind and take stock of his life. But his grand plan to squat at his ex-brother-in-law’s cabin goes pear-shaped sooner than expected, and Grant ends up truly homeless, with nothing more than a one-man tent in the middle of the woods as his only shelter.

If I could slow my downward spiral, I might find another job before my money ran out. Otherwise, my next stop would be a homeless shelter.

What Grant doesn’t know is that the very island he sought refuge on is also home to Oliver Rossi—artist, recluse, and shrewd observer of human nature. And from the moment Oliver meets Grant, he becomes determined to help him. But Oliver’s methods are as unconventional as he is, subtle yet effective, patient and unfaltering, slowly leading Grant to change his own perspective on life.

Grant behaved like a stump who dreamed of being a footstool. I wanted him to realize he could be a throne.

The more time the two men spend together, however, the more it becomes clear that Oliver’s keen understanding of other people’s problems has not brought him any closer to overcoming his own emotional hurdles. Beneath his air of confidence and slightly crumpled affability, hides a man whose grief has driven him to live in a perennial Groundhog Day. Oliver spends his days lost in his art, in his daydreams, and in his need to help others when they can’t help themselves. But, deep down, Oliver is lonely, heartbroken, and determined to keep avoiding the ghosts from his past.

So much free time and creativity. And yet, beneath it all, under Oliver’s exterior persona of eccentric artist, I detected a sad waif, lost even though he had a home.

They barge into each other’s lives uninvited—one all sharp edges and angles, and the other an endless ocean of secrets—but they each end up being the very catalyst the other needed to mend their own broken pieces. Their slow-burning romance is an emotional spring clean of sorts for them both, and even though there’s an immediate physical attraction between the two men, they each conquer their own demons before they truly give in to their feelings for one another. But once they do, fireworks ensue.

I had no idea what I wanted. The truth was that I was afraid to find out.

Alice Archer has a remarkable command of character, pacing and place, even her simplest turns of phrase capable of evoking the strongest of emotions, and reading her books never fails to change me deeply. In her deft hands, any story becomes something deeper, something important, something truly unique, but it is the quality of her prose that continues to merit a standing ovation. I already cannot wait to read whatever she writes next.

Connection isn’t a cold poke to the center with a dagger, but a gentle peel with a warm hand over time. 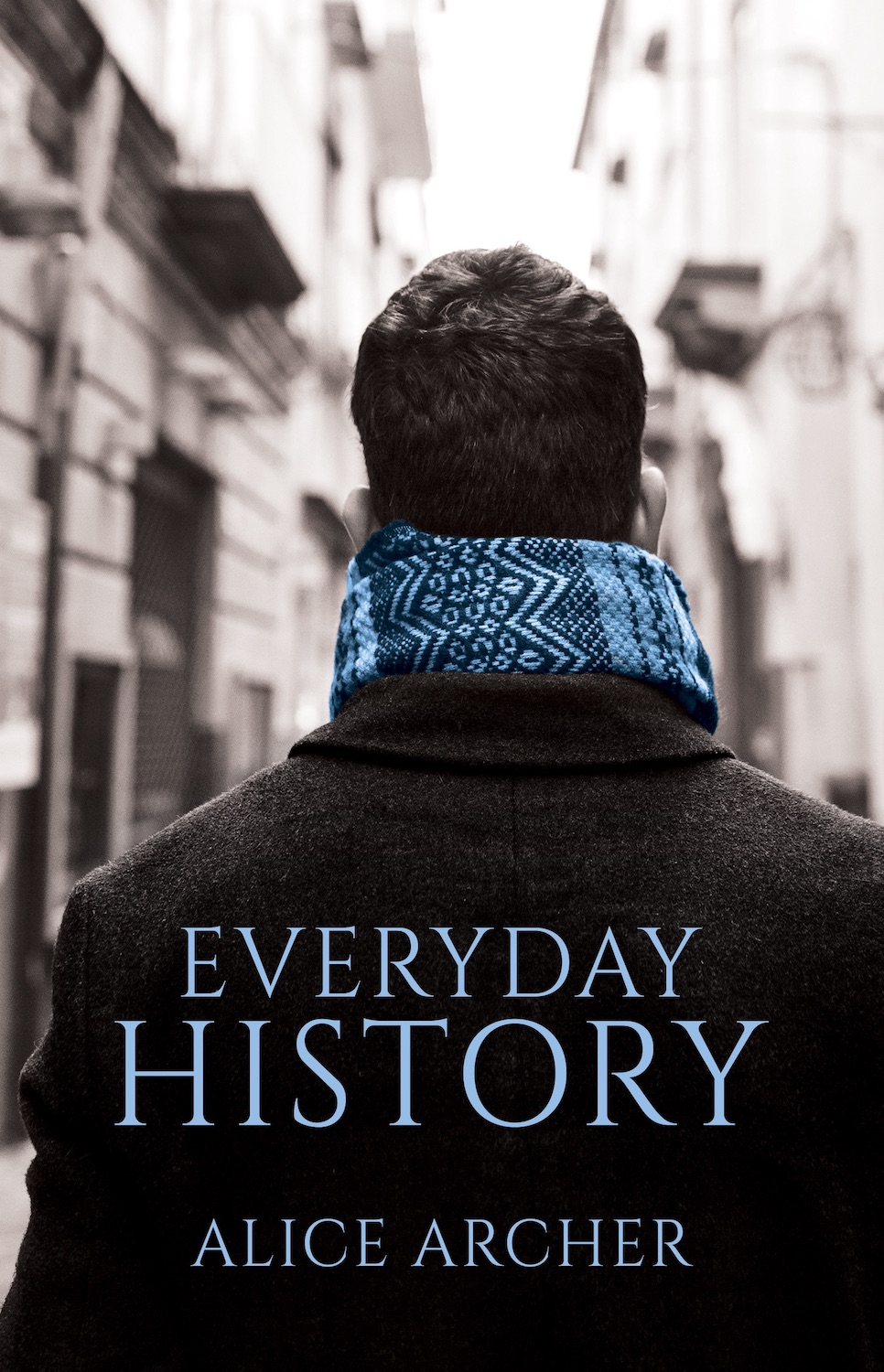