Being a single mom by the time Hailey Lucas turned thirty wasn’t one of her life goals. In fact, the only good thing she can find about it is being able to finally follow her dreams instead of his.

Getting involved with another man isn’t in any of her plans either, especially not one with baggage of his own in the form of an ex-wife from h*ll. One he wasn’t upfront with her about the first time they met and she wasn’t yet an ex.

Now Mitchell Anderson wants another chance, but the only thing he has going for him are his two adorable kiddos and the fact that his kisses turn Hailey to mush.

Is that enough to build a relationship on? He wants to show her being with him is the right choice, but first she has to forgive him for the secrets he kept before.

EXCLUSIVE EXCERPT: Right With Me

Book Series:  With Me in Seattle Universe

“My With Me In Seattle series is one of the most beloved series that I write. So when I created Lady Boss Press and these authors came to me and wanted to write their own stories within that universe, I was honored and thrilled! I think you’ll enjoy each of these sexy, contemporary romances, each linking in some way to my world. Get ready to fall in love all over again!” —New York Times Bestselling Author Kristen Proby

Eight all-new standalone stories set in Kristen Proby’s With Me In Seattle Universe are out this week and I am so excited to share with you little snippets from them all.

A man with nothing to lose is a dangerous one to fuck with and Tabitha is about to learn that the hard way.

Leaning forward even further into her space, I push until we’re almost nose to nose and she starts to tremble as she waits for whatever I’m going to do next. I’m not proud of the fact that I’m enjoying her discomfort and fear, but after everything she’s put me through in the past couple of years, I can’t help the satisfaction I’m feeling at making heruncomfortable for a change.

Once I have her full attention, I tell her in a low, serious voice, “I’m officially done.”

She’s asking the question, but she knows exactly what I mean. I’ll explain it to her though to make sure there is no misunderstanding. “I mean just that. I’m done. Done trying to keep you happy, done walking on eggshells to keep you from flying off the handle. Done staying in this relationship that does nothing but make me fucking miserable all the goddamn time.”

Saying the words makes me feel like a weight has been lifted off my shoulders. I should have done this a long damn time ago. Hailey was right. Staying in this relationship that makes us both unhappy isn’t good for us or Ben and Evie. All it does is show them that it’s okay for your partner to treat you like shit and I’m done doing that.

Tabitha sputters, not sure what to say. It’s been so long since I’ve stood up to her because I always try to keep the peace, but I’m done being a fucking pussy.

She might think that, but she’s wrong. “The hell I can’t. I’ve stayed too long already.” A thought occurs to me and I ask the one question I’ve wanted to ask for two years now. “Why would you even want to stay together, Tab? Neither of us is happy. Don’t you want a chance to find someone who will make you happy? We’re not good for each other, and staying in this relationship is slowly killing us both.” I’m not trying to be nasty. The anger I had towards her is gone, replaced by exhaustion and a desire to be finished with all of this.

Tabitha lifts her chin in a stubborn move I’ve seen way too often. I know when I see it I’m not going to get an answer, not a real one anyway.

“We could be happy again.”

I pull back from her in shock. “No, Tabitha, we can’t. Too much has happened for us to go back now.” Too many nights where she sat beside me on the couch playing games on her phone and ignoring my existence, too many times when she couldn’t do something as simple as stop at the store and pick something up or even be bothered to clean up the kitchen when I went to bed too sick to eat.

I’m tired of being the person who did everything for our family while she did whatever the hell she wanted. I don’t expect my wife to do all the cooking and all the cleaning, but damn, I expect us to both do the shit work so we can spend time enjoying each other.

Telling her all of this again is pointless. She won’t ever admit to any wrongdoing and if I try to explain she’ll just accuse me of attacking her.

I take another step back, and another, putting enough space between us there’s no danger of touching. I’ve touched Tabitha for the last time.

The only thing I have left to say to her is, “And as far as the kids go, if you try to leave with them, I’ll fight you every motherfucking step of the way. You can’t hold them over my head anymore. We all deserve more than this.”

After delivering my parting shot, I walk calmly out of the waiting room and am almost blindsided by Nick’s fist.

“What the hell did you do to her?” He shouts in my face and I snap.

All the rage I have pent up from the past two years explodes on him and I grab him by the neck of his shirt and shove him away from me before stalking after him.

Nick laughs. “Where do you think? She left, asshole. I don’t blame her either. What kind of idiot brings her into a closed-off room knowing his wife could show up at any moment? Why the fuck would you put her in that position.”

Now it’s Nick I’m pushing against the wall and getting far too close to in an attempt to make my point known. “Do not fuck with me right now, Nicholas. I don’t you an explanation, so I’m not telling you shit. What happened is between me and Hailey, so keep your ass out of it. I’ll tell her, and only her, what she needs to know.

“Good luck with that. You forget, Mitch, I saw how upset she was. I’m the one who took her home and watched as she cried. That girl was devastated by whatever shit you and the cold bitch perpetrated in that room and I’m not about to help you find her.”

I can see the resolve on his face, and as much as I’d like to beat the information out of him, I know better than to try. It’s hard, but I back off, glaring at him the entire time, then turn my back and walk away, barely managing to keep my rage in check. Beating my fist into his face would be counterproductive, and punching the wall will only hurt my hand.

Instead of heading for my office, I go straight to the front desk and pull her phone number off the forms she had to fill out before dropping her car off with us. See, I didn’t need Nick after all. Her address would’ve been better, but beggars can’t be choosers.

Putting the phone to my ear, I listen to it ring before her voice hits my ears. I clench it tighter in my hand and struggle for what to say. She says hello a second time, but all I can do is say her name.

She gasps in my ear. “You have some nerve calling me, Mitchell.”

“Please, Hailey, you have to let me explain what that was.”

The line is silent for so long I pull the phone away to make sure it’s still connected. “I don’t have to let you do anything. I have zero interest in being the third person in your relationship. My ex already did that to me once. I refuse to live through it again in the other position.”

My free hand fists at my side. “That’s not going to happen.”

“You’re right,” her voice says quietly, sadness clear even through the phone line. “Goodbye, Mitchell. Don’t call me again. This number and any others you call from will immediately be blocked.”

With those words, the connection between us ends and even though she said she was blocking me, I still try to call her, staring down at the screen in disbelief when I get the “your call can’t be completed” message.

Rage fills me once more and I throw the stupid thing at the wall, watching it shatter and fall to the floor.

With Me In Seattle Universe - Recommended Reading Order

(standalone stories, tied to the With Me In Seattle Universe, but can be read in any order) 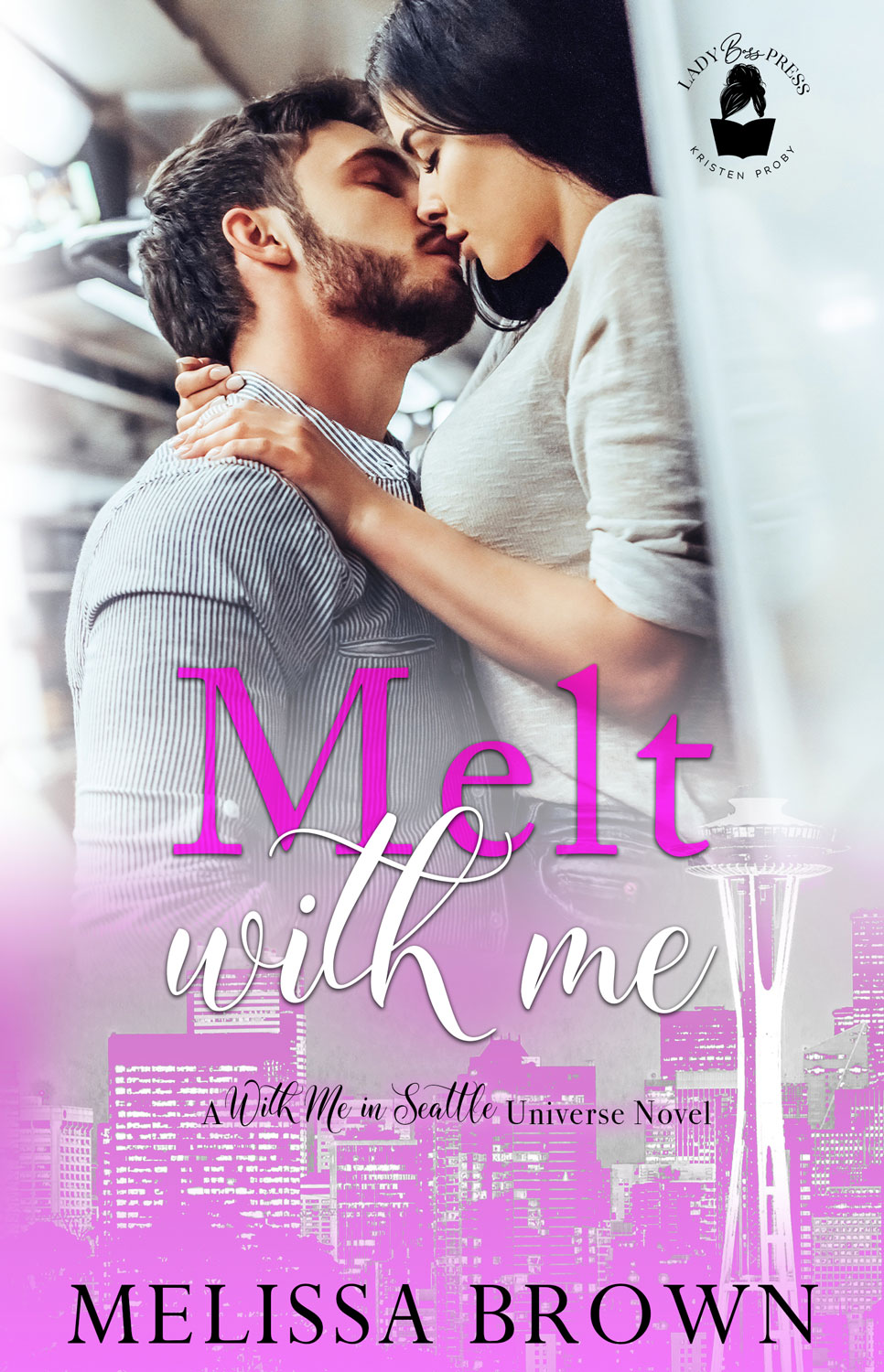 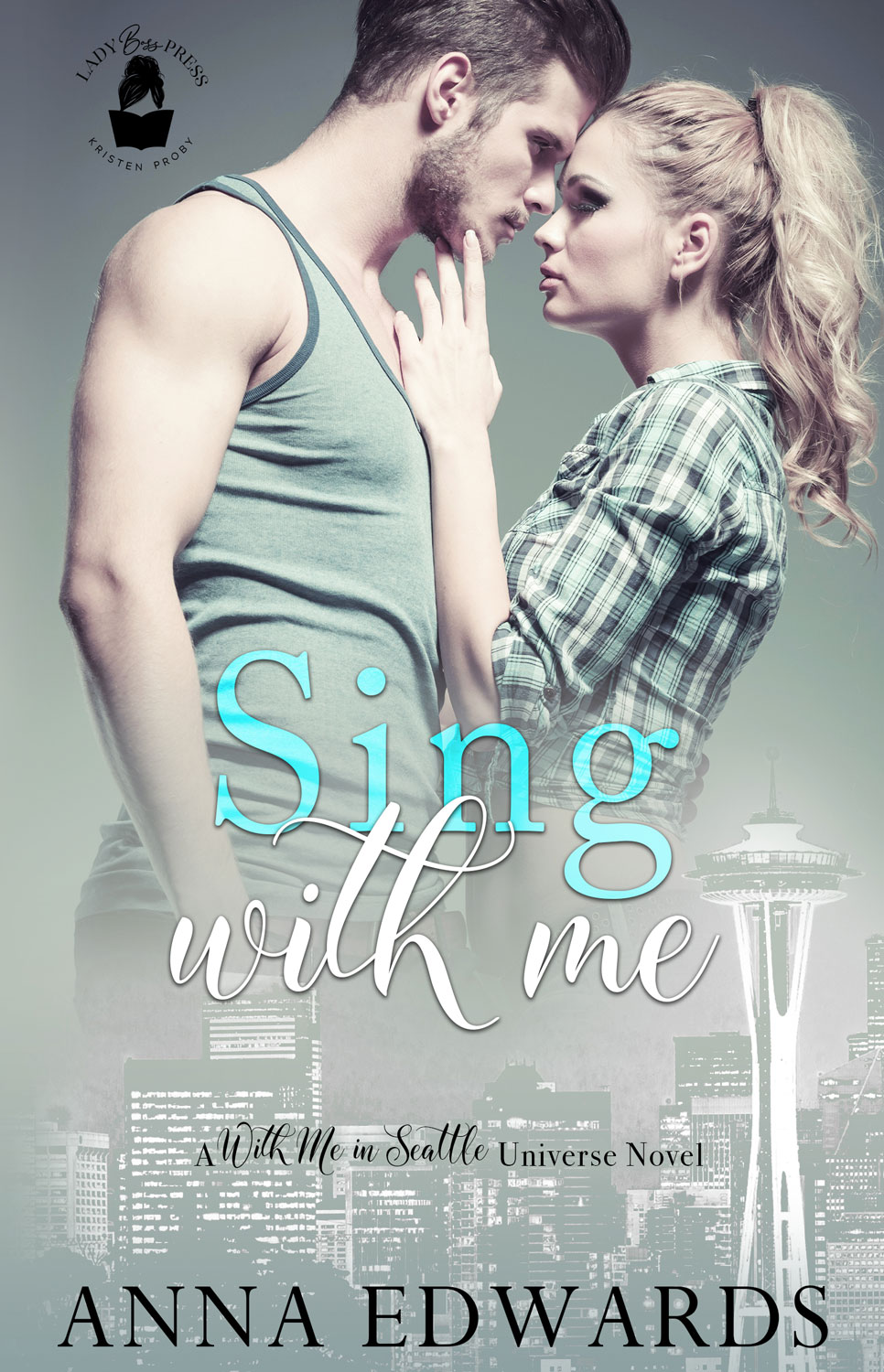 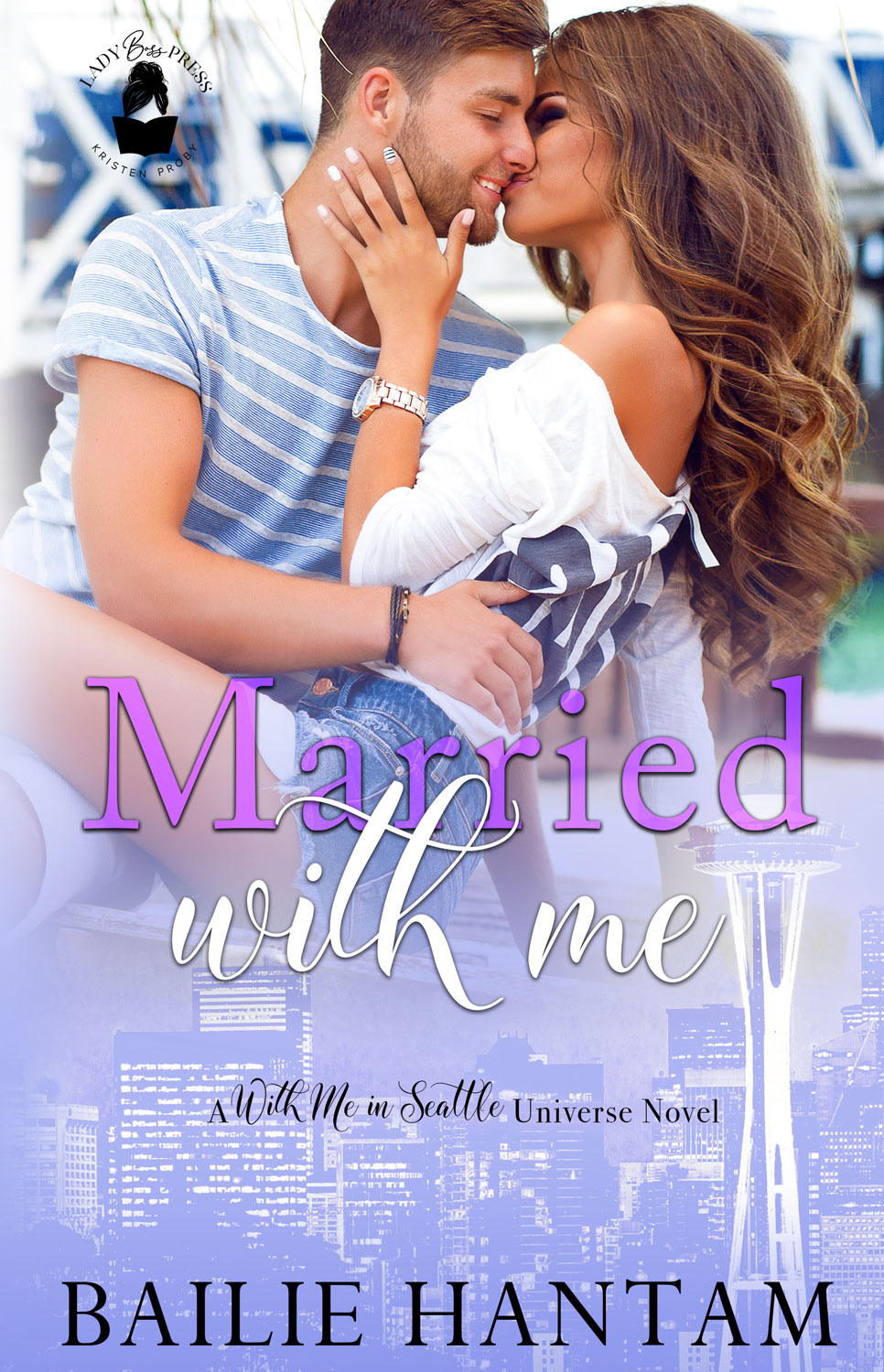 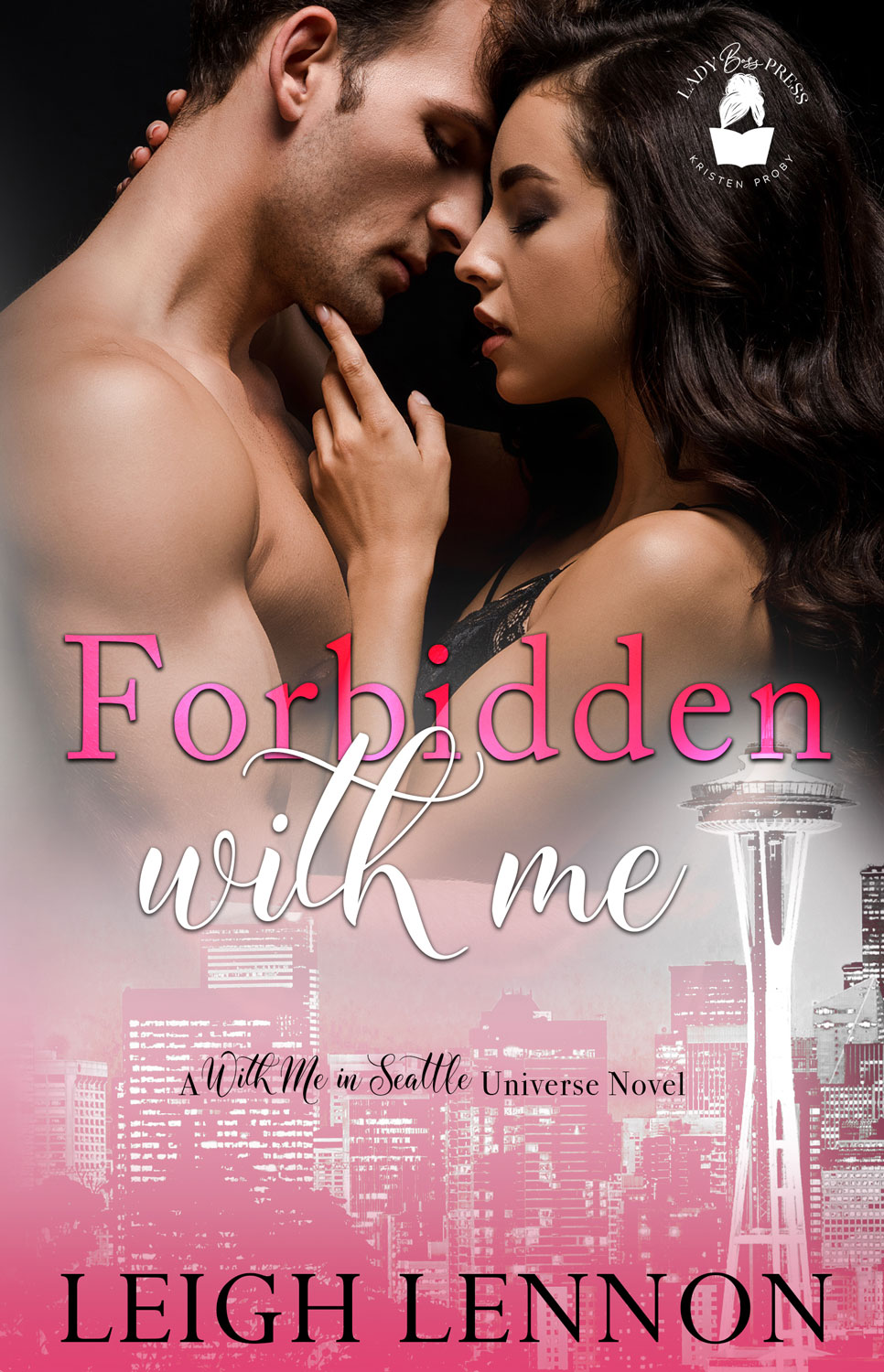 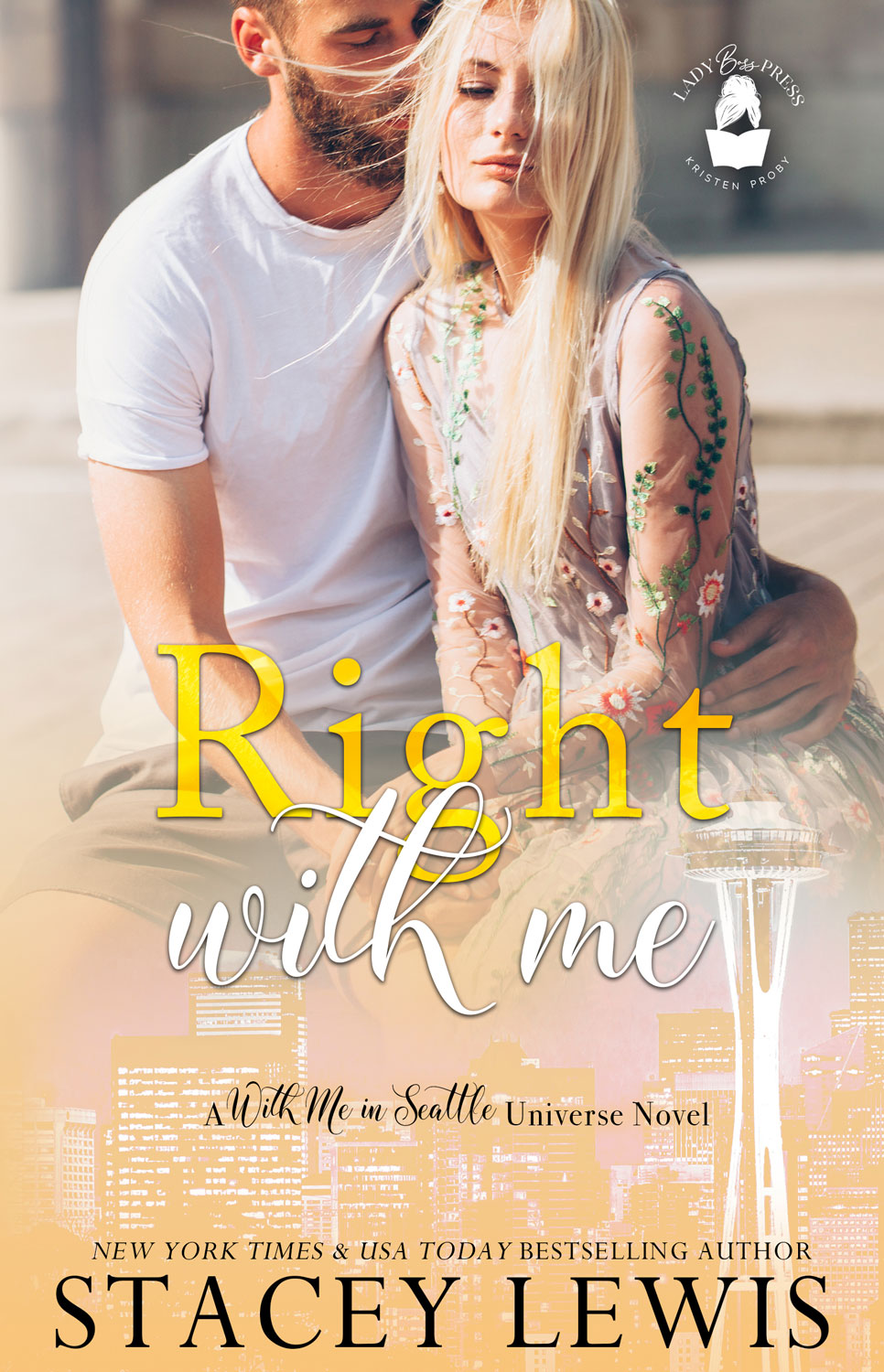 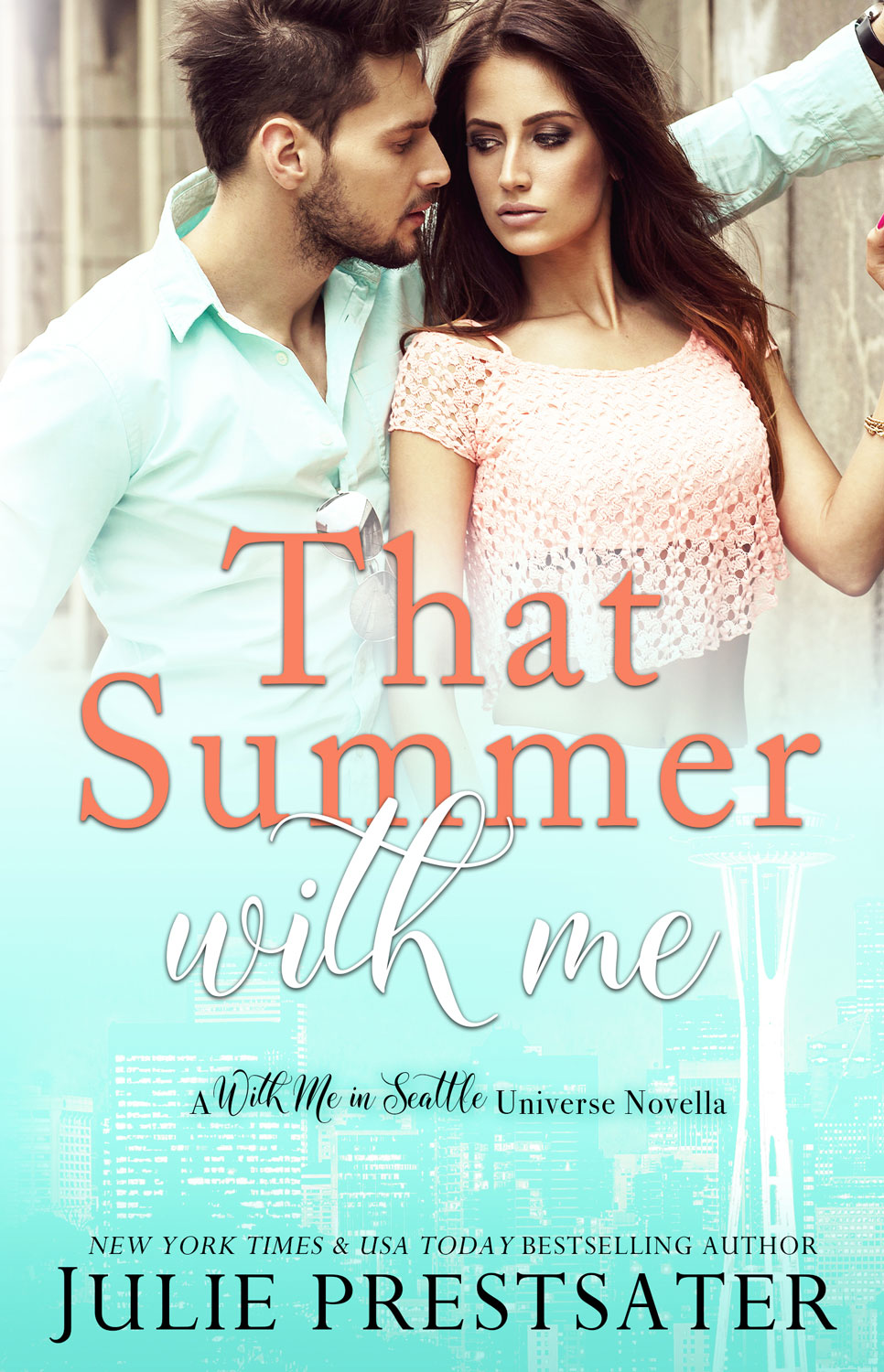 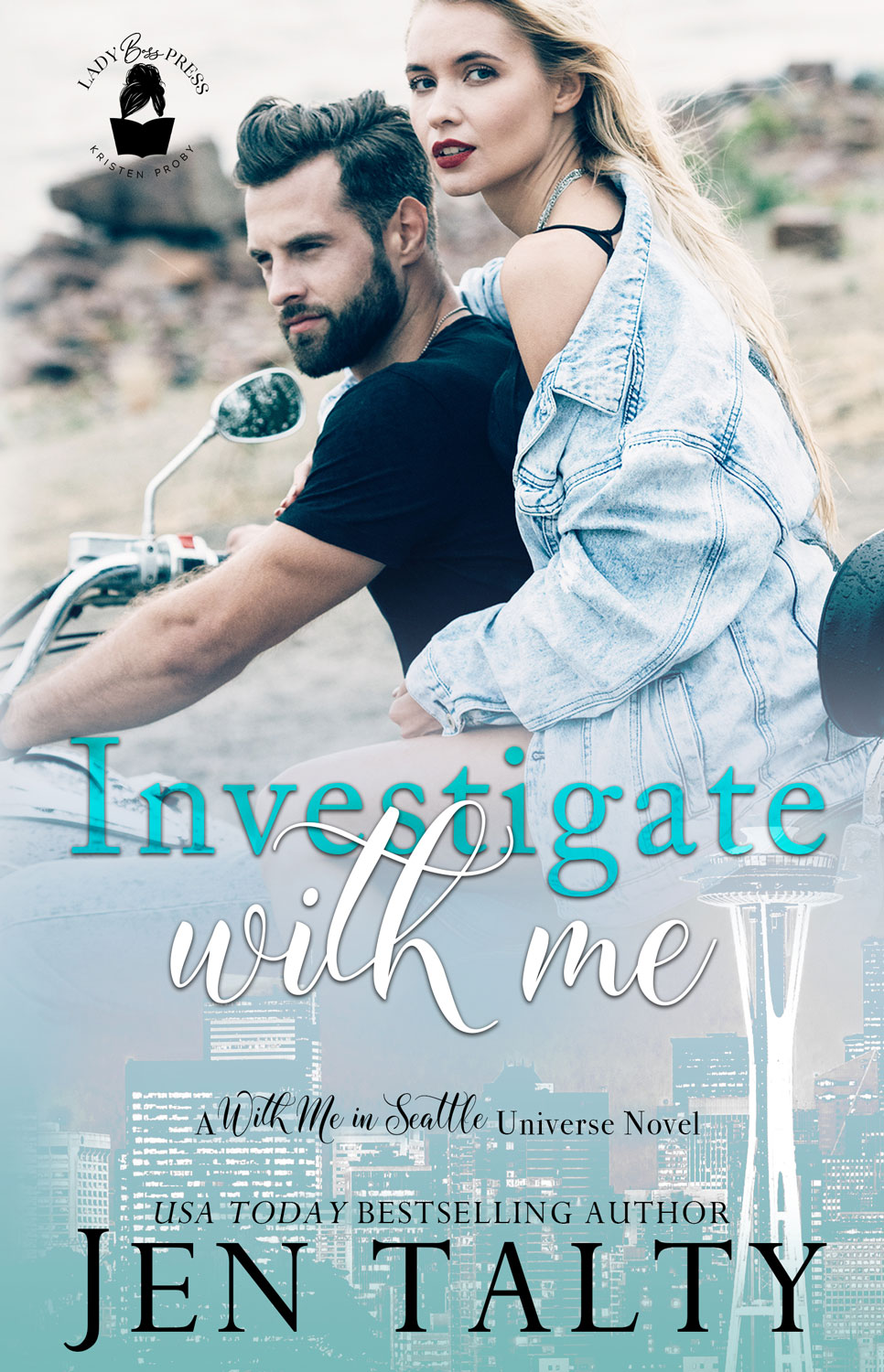 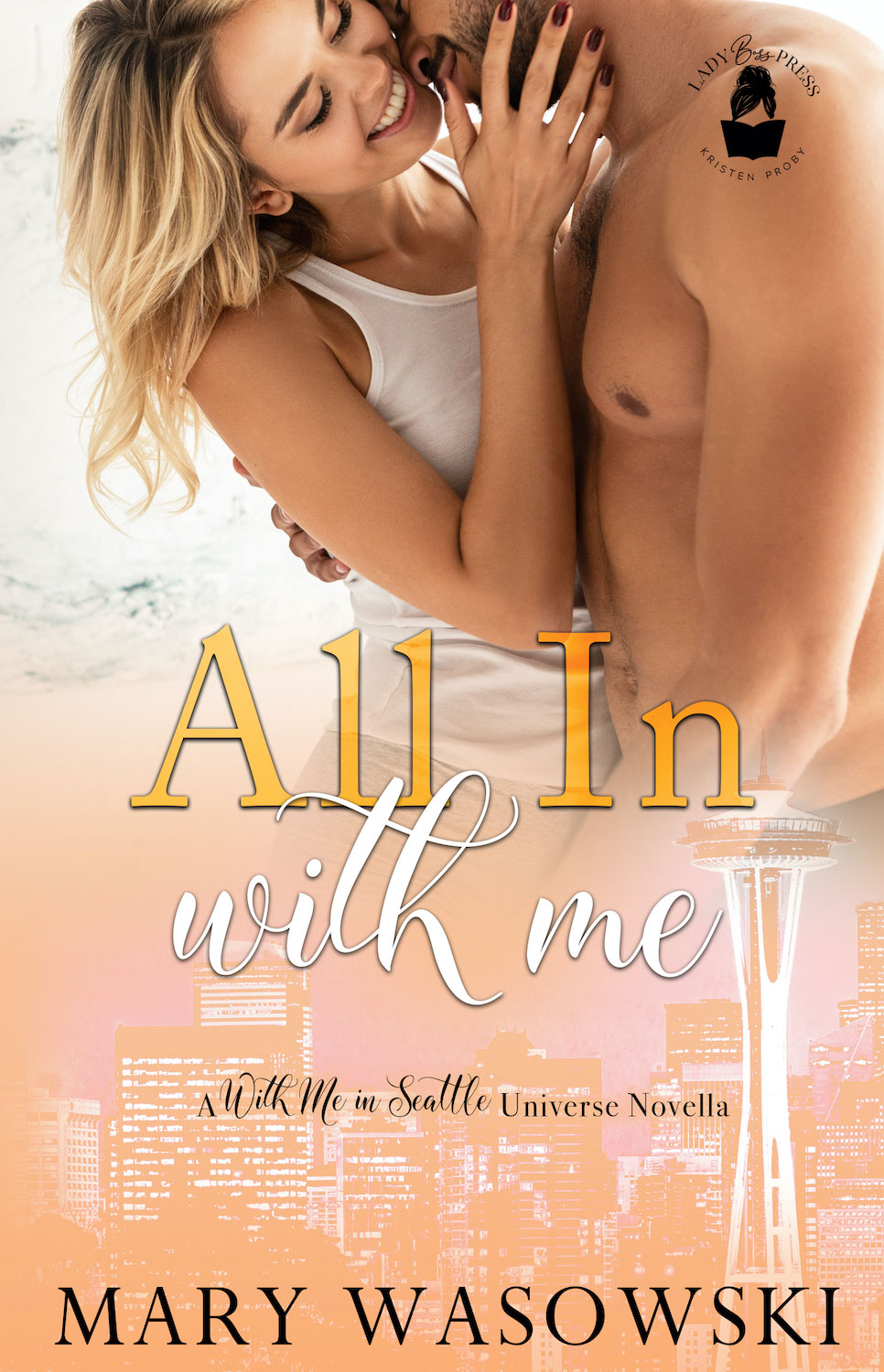 NBJ WEEKLY RECAP – 23 Jun 2020 EXCLUSIVE EXCERPT: That Summer With Me by Julie Prestsater