A lady must have money and an army of her own if she is to win a revolution—but first, she must pit her wits against the wiles of an irresistible rogue bent on wrecking her plans…and her heart.

Lady Lucie is fuming. She and her band of Oxford suffragists have finally scraped together enough capital to control one of London’s major publishing houses, with one purpose: to use it in a coup against Parliament. But who could have predicted that the one person standing between her and success is her old nemesis and London’s undisputed lord of sin, Lord Ballentine? Or that he would be willing to hand over the reins for an outrageous price—a night in her bed.

Lucie tempts Tristan like no other woman, burning him up with her fierceness and determination every time they clash. But as their battle of wills and words fans the flames of long-smoldering devotion, the silver-tongued seducer runs the risk of becoming caught in his own snare.

As Lucie tries to out-maneuver Tristan in the boardroom and the bedchamber, she soon discovers there’s truth in what the poets say: all is fair in love and war…

BOOK REVIEW: A Rogue of One's Own

“It takes a brave man to want a woman who wants rather than needs him.”

At a time when so many are still fighting to have their voices heard, any story that reminds us that it was not so long ago that women were fighting for equality couldn’t be more timely or needed. Just like its marvellous predecessor in the series, Bringing Down the Duke, this novel is set against an important historical backdrop of political activism and change in Britain—the women’s suffrage movement—and it offers a compelling perspective on what it truly means to be equal partners in life, both in and out of the bedchamber. The true beauty of this story, to me, however, lies in the fact that besides its fiercely feminist subplot, it’s really about a woman who learns that, despite what the world has told her all her life, being opinionated and outspoken does not make her any less worthy of being loved and treasured by a good man. Like her heroine, Evie Dunmore blends the passion, spirit, and progressive idealism of the time with a love story that is hopeful and grounded, delivering another unputdownable romance that leaves us wanting more.

“I understand how being pleasant can keep the peace, but how will it win a war?”

Lady Lucinda “Lucie” Tedbury has dedicated her life to fighting for women’s suffrage and for women to have equal rights in marriage, but her political activism has come at a cost. Her progressive views have not only estranged her from her family, but have also made her entirely undesirable to any man looking for a wife, thus hardening her to the reality that love and domesticity were destined for other people, and not for her.

She was a political activist and rapidly approaching the age of thirty. She was not just left on the shelf, she was the shelf, and there was not a single gentleman in England interested in her offerings.

As part of her campaign against the Married Women’s Property Act—which in its current state stripped any married woman of property or the money she earned—and aided by a small consortium of like-minded women investors, Lucie acquires shares in a publishing house of her own. But before the ink has even dried on the contract of sale, she discovers that her co-owner happens to be the infamous Lord Tristan Ballentine—war hero, rake and greatest bane of Lucie’s youth. And he seems determined, now more than ever, to provoke a reaction in the prickly Lady Lucinda Tedbury.

“You misuse your superior station with your hedonistic ways, when most people cling to their positions by the skin of their teeth, and, worst of all, you have been assigned a seat in the House of Lords and yet you have not used it once—not once!—when millions go without a voice in this country. Truly, I can think of few men more useless than you, and I don’t dislike you, my lord, I detest you.”

The only thing that has ever truly consumed him in life has been his hate for the man who sired him, and investing in a successful publishing house is meant to be the final step in achieving complete financial freedom from his abusive father. So when Tristan’s boyhood crush throws a giant wrench in his plans by becoming his business partner and threatening the future of his new source of income with her suffrage agenda, he has no choice but to thwart her efforts at every turn. But even as war continues to rage between them, a single kiss is all it takes for him to start losing the upper hand with a woman who could cost him everything.

“A night in your bed for a percent of shares. I’m taking it.”

Evie Dunmore’s writing shines as she crafts an achingly beautiful love story that in many ways epitomises the very spirit of change and equality that powered the suffrage movement. Lucie is the embodiment of every woman of that time who believed that her own idealism would prevent her from ever sharing her life with a man, while Tristan is the promise of a future where women like Lucie would not need to give up all that they are, or a life of purpose they’ve chosen for themselves, in order to have it all. And their happily-ever-after is all the richer because they don’t lose sight of all they could become together.

“Your stubborn courage humbles me. Your rage inspires me. You are like a storm moving through, rearranging whomever you touch in your wake—imagine the trouble we could cause if we joined forces.” 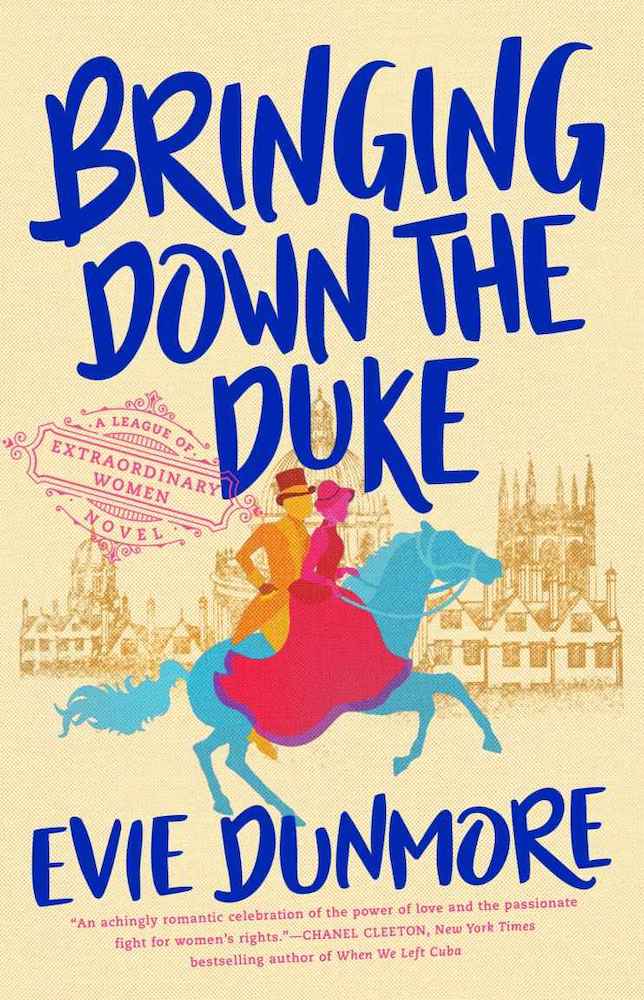 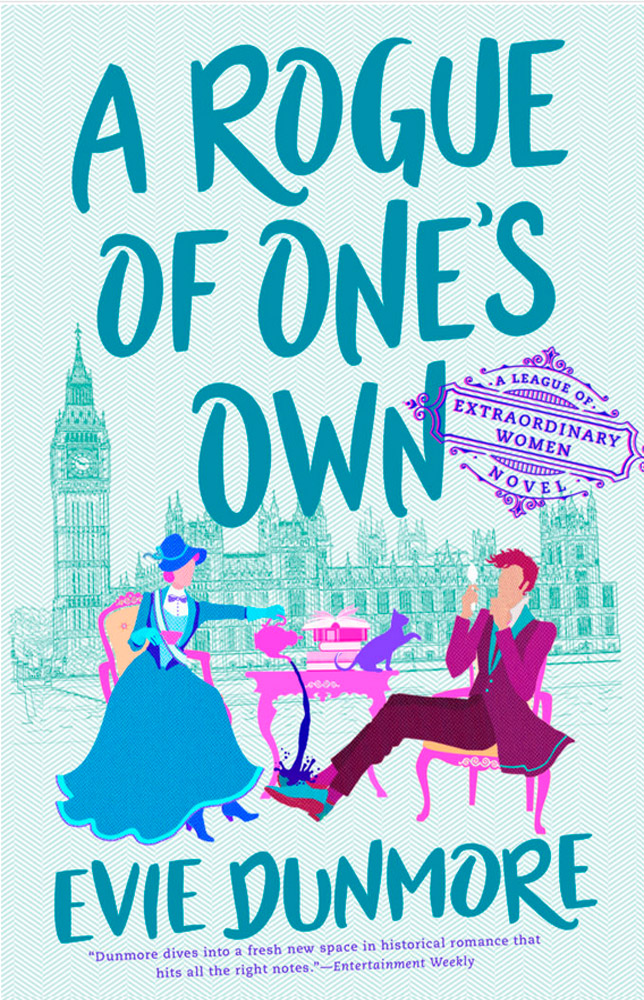 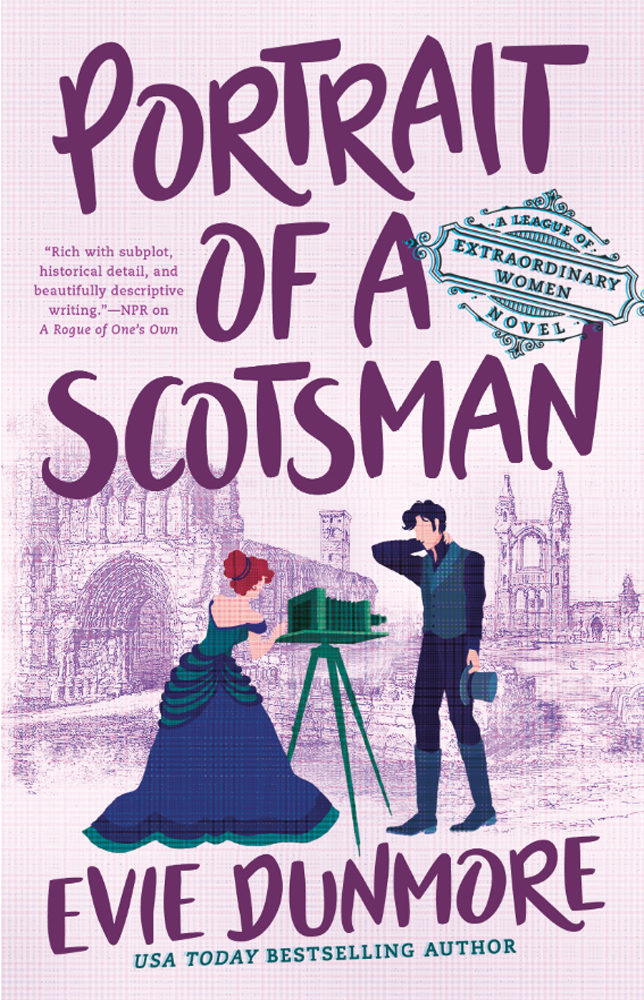 Why have I not picked up this series yet? Who knows, because it sounds awesome! Also, your blog is beautiful!!!

This series is PHENOMENAL, promise. And thank you! ?