That’s my name, my birthright, and my curse. I didn’t always hate being a Harrington. At one time, I took it as a privilege. I used it to my advantage. But a name doesn’t stop you from losing everything, and after six haunting years, that everything is back forcing me to face the past or give up a future.

I bet you didn’t know about me because James doesn’t talk about me. Or to me. We had it all and I was never happier. My family was my entire world, but that world shattered. When faced with the unimaginable, is there a way to put the pieces back together? After six painful years, it’s time to accept our history and move forward or move on from one another.

An all-new over-40, second chance romance in L.B. Dunbar’s The Silver Foxes of Blue Ridge series is out this week, and I have a sneak peek for you.

“Ranger.” The call of my biker name forces me to look up. “I think this one’s for you.”

Justice is the president of our non-official club, and he’s also become a true friend. His silver-topped head tips toward the front of the bar, and I squint. The brightness of blond hair from yards away beckons like a beacon across a lake, but I can’t make out the rest of her. She hesitantly stands before the front door, as though she isn’t certain she should be here. Perhaps she’s wondering how she got here.

Then again, don’t. Whoever she is, from this distance, I can tell she doesn’t have a stitch of biker babe in her. Something just doesn’t feel right about her and tells me I’m correct in my assessment.

“Nope. Not my type,” I say to my friend, turning my gaze back to him and then offering a kiss to the jaw of the woman on my lap. Justice snorts and shakes his head slowly side to side. His arms cross over his solid body. He’s been acting all kinds of weird over the past few months. I’d tease him it’s old age, but I know the real source of his content. He’s getting his dick dipped on the regular to one woman, in particular, and it’s mellowing him. He’s in love.

I shiver with the thought. I’d been there once—only once—then I lost it all.

Maybe the chick by the door is lost. It happens on occasion. Someone’s driving toward Blue Ridge, up here in the Smoky Mountains of Georgia, and gets turned around because of a lack of GPS. She hasn’t quite made it to town and doesn’t realize she’s only fifteen minutes outside of it.

Blue Ridge is my hometown. Born and bred here, I knew I’d spend my entire life near this place. After what happened, I’ll never leave. Never.

“Wouldn’t be so sure about that,” Justice interjects, responding to my statement about type and pulling me back to the present with a deep chuckle. The lost woman finally walks to the edge of the bar and pauses at the structure. It spans the length of one wall. The rest of the room has tables scattered here and there. I’m sitting near the pool tables toward the back of the place. I’d just won a game, and somehow, the woman on my lap is my prize.

I’m not getting laid, but I’ll be getting long overdue head.

“What do you know?” I snap at my leader although it comes out more a slur. I’m feeling good, really relaxed. I’d like to think the ease will allow me to stick my dick in someone random, but I know it won’t. This bird on my lap could sing pretty, smell sweet, and tease me in all the right ways, and I still won’t be going where I can’t bring myself to go.

It isn’t that I can’t get it up. It’s that I don’t think I deserve to sample the pleasure.

“Ranger, you’re asking for trouble.” The tone of Justice’s voice raises the hackles on the back of my neck. With my hair shorn short to my scalp, highlighting the hints of silver I’ve become speckled with, it doesn’t take much for those fine locks to prickle. His voice has me on edge.

“Trouble is my middle name.” I snort.

“Peach is your middle name,” a sweet Georgian voice purrs, and I choke on air. Justice steps aside to offer me a better view of the woman speaking.

“You’re a peach,” I retort, squinting at the figure who has moved closer to my perch without me noticing her. The comeback is intended to be flippant and flirty, but my tongue swells the second I’ve said it. The air around me stills. The woman on my lap feels like the weight of the mountains. I only have eyes for the woman standing two feet away from me.

Can this day get any worse?

With blond hair bright as lemonade, sapphire blue eyes, and a body like an hourglass, I can’t believe I didn’t recognize her at first. However, I am drunk. Or I was. I’m sobering up real fast. My leg begins to bounce, making the woman on my lap jiggle, and she lets loose a vibrating giggle, drawing awkward attention to herself. She sounds like a child on a kiddie ride, only I’m not offering free trips on the James Express.

“Peach,” I whisper, not certain the nickname leaves my lips. Continuing to stare at the woman watching me, I can’t believe she’s standing before me. Is she real? She’s still so fucking beautiful. The glare in her eyes assures me she’s very real, and she’s staring daggers at the woman sitting on my thighs.

In a show of possessiveness and bitchiness to the max, the biker babe kisses my jaw, licking along the hard edge and scraping her tongue against the silvery stubble. Her eyes remain on the peach before me.

“James.” The blond bombshell speaks. I’d recognize her voice anywhere. I hear it nightly in my dreams, reaching out for it to drown out the other noises that haunt me.

The screams. The scraping. The silence afterward.

“Evelyn.” Her name is sharper on my tongue than I intend. I’m pissed she didn’t call this year. She owes me every May. She promised.

“You gonna join us tonight, honey?” The biddy on my lap teases the female before me who looks ready to stake me on a skewer and roast me over a fire.

It was all your fault, my conscience reminds me.

I sit taller in my seat, shifting the woman on my thighs who has a firm grip on my neck at this point.

“No, I don’t think I’ll be joining you this evening.” Evelyn’s sharp tone displays how unimpressed she is with this situation. Once upon a time, she was impressed with me, though. She thought I was the shit, and she was my sweet peach.

James and his Giant Peach. My mother loved the irony of it.

“Evie,” I hiss. Her nickname falls on deaf ears as the beauty gives me her back and walks away. My eyes follow the retreat of her firm ass—still tight—in skinny jeans. My mouth waters and my insides stir in a way they haven’t for years. Justice steps back with a broad step at her retreat. He stood beside her, ever the protector of the underdog, although I’m not certain who’s the underdog in this scenario—her or me.

As she walks away, the soles of her shoes clack on the tile like the ticking of a stopwatch, and I release the air in my lungs in relief. Or is it frustration? Maybe it’s fear.

“Who was that?” Trixie-Trudy-Tabby asks, her voice incredulous at the sway of hips walking away from me once again.

I answer on an exhale. 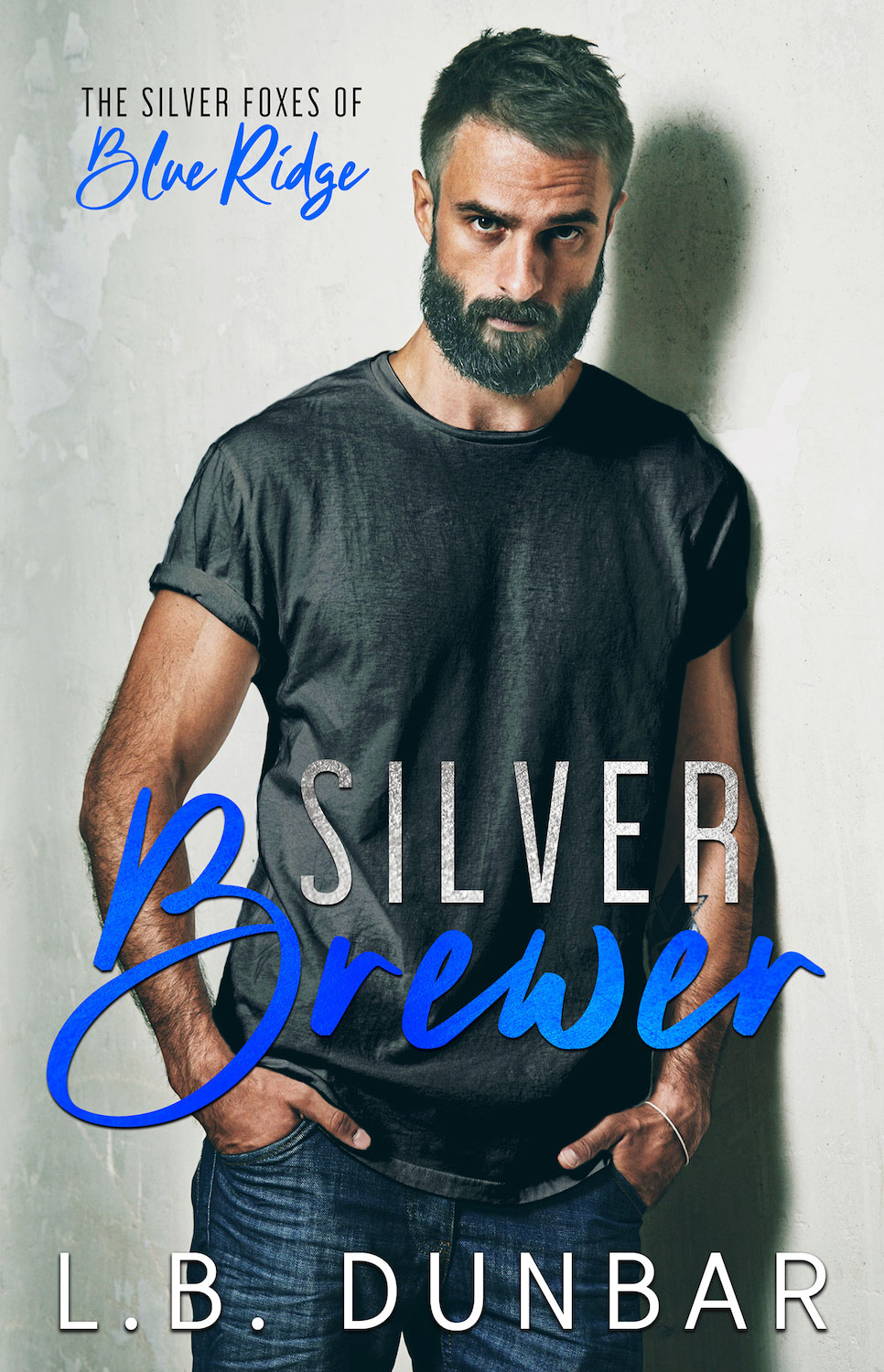 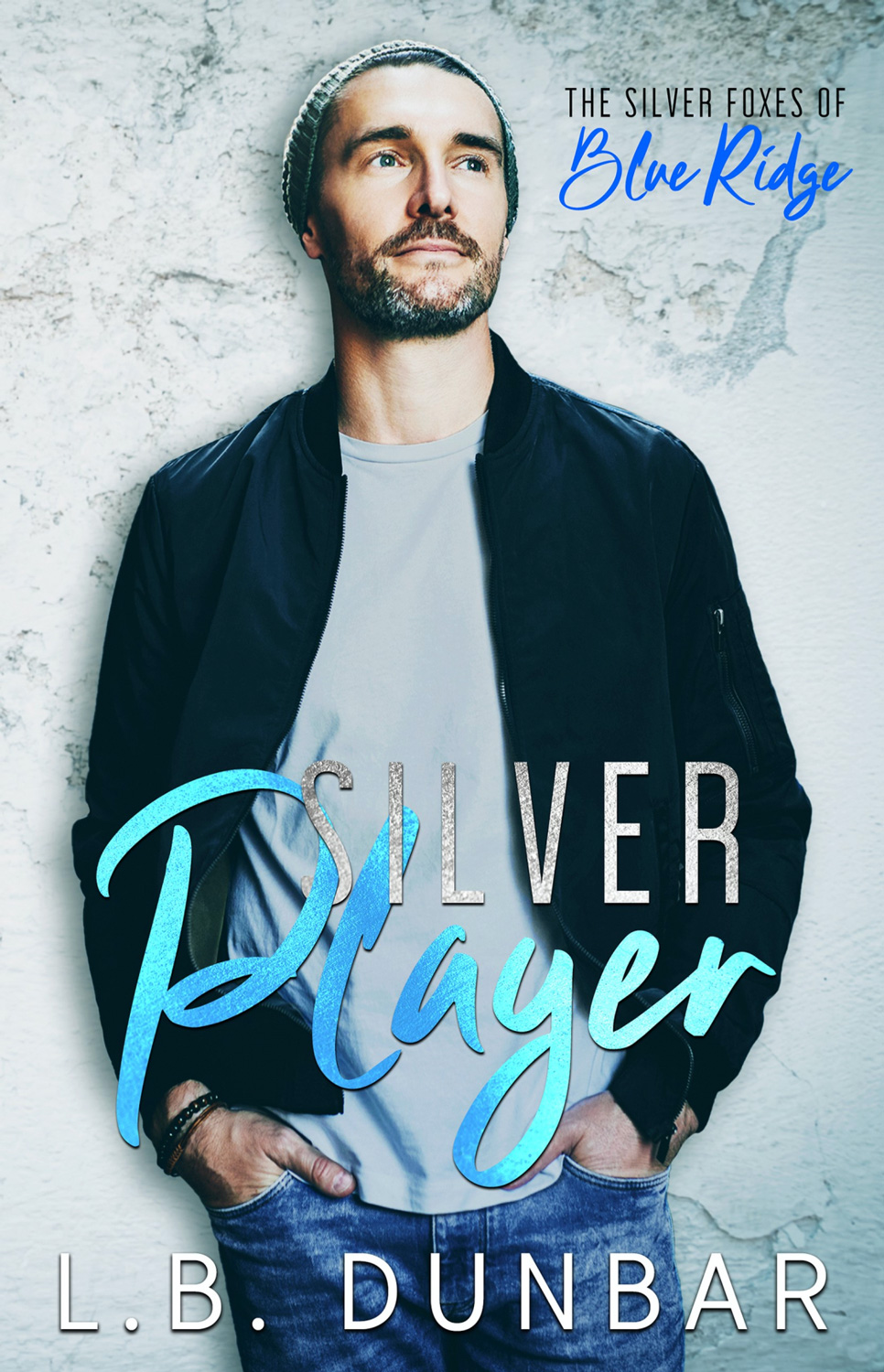 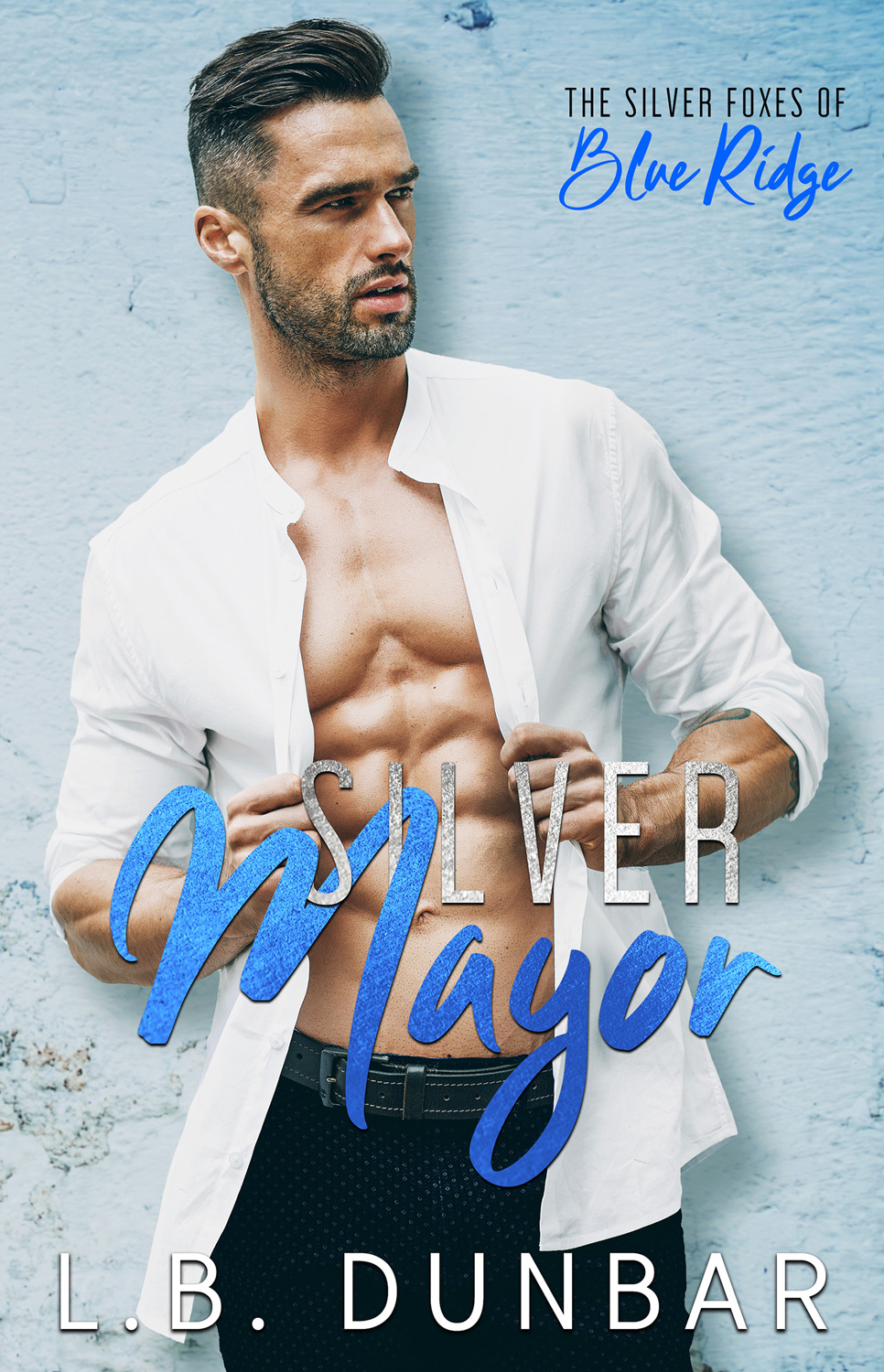 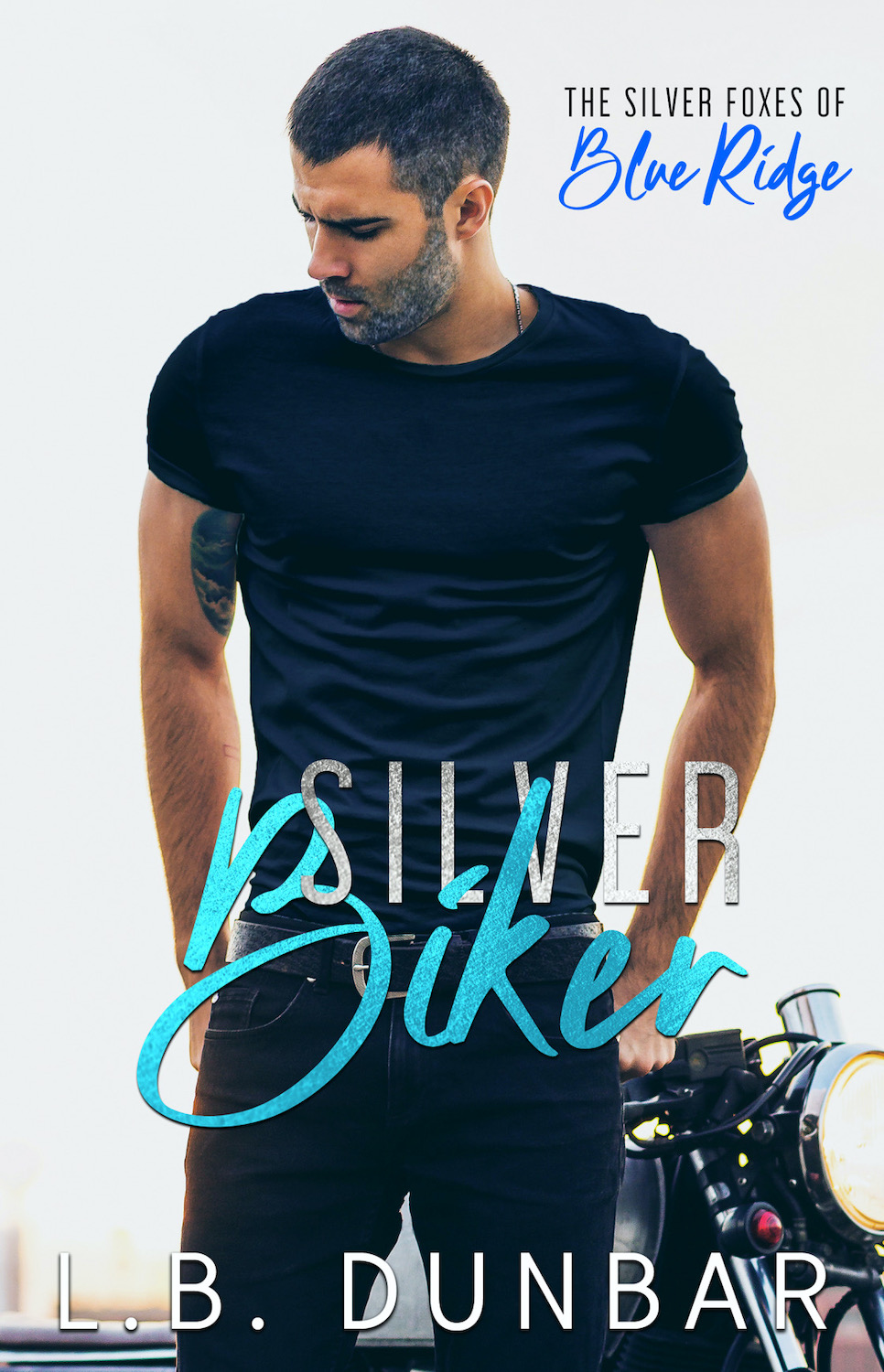