Secrets, desires, and exquisite pie. It’s all in a day’s work at The Company.

Growing up, I was the rough guy from the wrong neighborhood who couldn’t catch a break. Posy was the pampered girl I tried to impress. But I managed to steal only a single kiss before I had to skip town.

Now I’m back, and the tables are turned. Posy runs a struggling pie shop. I’m the VP of a secretive billion dollar security company.

Not that I can tell her.

There’s a murderer on the loose in New York, and he seems to spend a lot of time at Posy’s shop. I can’t let on that I’m here to bring him down before he can harm a hair on her pretty head.

Going undercover as Posy’s new barista wasn’t my idea. I don’t even drink coffee. But now I have to call her “boss,” and do everything the curvy perfectionist asks of me. I’d forgotten how much we infuriate each other, and that she somehow fills me with both irritation and desire in the same breath.

There’s nobody more skilled at stealth ops than me. I can bring this killer down. Right after I take a cold shower. And just as soon as I figure out how to make a skinny peppermint latte with milk poured in the shape of a kitten…

An all-new romance in Sarina Bowen’s The Company series is out this week, and I have a sneak peek for you.

“Cool, cool,” I say, waving a hand in the direction of the espresso machine. “Show me all your moves. You always liked things to be done in a very particular way.”

My voice is flip, but I can hardly believe that I’m sliding behind the counter with Posy Paxton. It’s like sliding back in time. Posy always was a perfectionist. She liked order and precision, which made it difficult to teach her to tend bar. She liked to count out the correct number of ice cubes for each glass. She used to measure every single ingredient with the care of a pharmacist, which slowed her down.

It was cute, but really fucking inefficient. “Show me exactly how you like the espresso to be made. Don’t leave out any details, because I know how your mind works.”

When I glance up, though, the look in her eye practically knocks me on my ass. It’s a look that asks a hundred questions. Like, what are you doing here? And, how much am I going to regret this?

I can’t tell her the first thing. It’s none of her business. And whether I quit this job, or she fires me, her regrets are sure to pile up fast. But that’s not a problem I can solve. My job is to find a killer and then get the hell out of her coffee shop.

But standing this close to her affects me more than I’d like to admit. Sometimes, after a long absence, people tell each other you haven’t changed a bit. But Posy has. Her features have softened. She looks more womanly than the angular, skinny girl she was at nineteen. But some things haven’t changed at all. Her posture is straight and perfect, as if she’s squaring for a fight. And her eyes are still so bright that I feel like she can see right through me.

I’d forgotten how it feels to have a moment of her complete attention. I used to crave it. I spent entire shifts behind the bar trying to get the prettiest girl on the Upper East Side to laugh at my jokes. Whenever she turned to me with a smile, it felt like I’d won a prize.

It wasn’t mutual, though. Not really. And I’d better not forget it.

It won’t be easy to stop staring at her, though. Not with all that ancient history churning around in my gut. And not with Posy looking scrumptious, even in a flour-covered apron. She’s wearing one of those sleeveless T-shirts that seem designed to focus a man’s attention on the expanse of skin on a woman’s smooth arms. And then there are those tight jeans she’s wearing …

“Okay,” she says, clearing her throat. “Let’s begin.” The frosty sound of her voice brings me back to reality. It doesn’t matter how appealing she is, or how much I used to enjoy sparring with her. I’m going to have to call her “boss” now. That’s going to chafe worse than a sweaty pair of briefs after a ten-mile run. This woman kissed me, and then she got me fired from a job I’d taught her.

I guess I’m not over that, either. Thanks, Max. Great assignment.

Arms folded, I gird my loins and wait for Posy to explain the espresso machine.

“This is a fully manual machine,” she says, laying a hand on its red enamel side. “Italian, of course.”

“Of course,” I repeat. The Paxton family only settles for the very best. They throw away the things that don’t meet their standards.

“Have you used a fully manual machine before?” she asks.

“No,” I say quickly. “At Joe’s we used, uh, something more automatic.”

Posy rolls her eyes, which tells me that I’ve just admitted to the barista equivalent of being unable to drive a stick shift. But the joke is still on her. Because there is no Joe’s Cafe at all. In my line of work, you have to be an excellent liar or you die. I don’t even feel guilty about it.

“So, talk to me like I’ve never touched an espresso machine before.” Because I haven’t. “I’ll learn best if I can hear you describe everything in the master’s own words.”

Her spine straightens a little bit, and I give myself a silent high five. Praise will turn Posy into putty in my hands. The twenty-one-year-old version of me hadn’t learned this lesson yet. That kid had a lot going for him, sure, but I can’t say I was ever any good at standing back and letting Posy be the expert, even if it was her family’s restaurant.

She’d never even held down a job before that summer, which bugged me to no end. Whereas I’d been working my way up the ranks at Paxton’s since I turned sixteen. I started as a dishwasher and mop guy. I brought the garbage into the alley, no matter how smelly and gross. I scraped the food off the plates and made them sparkle again.

It literally took me years to work my way up to the best-paid job in the room: bartender. And then Posy walked in one day like the Park Avenue princess that she was, and was handed an equivalent job to mine. And sure—she was a fast learner. But she was also full of ideas and opinions, some of them brilliant, many of them naïve. It drove me bonkers.

To be fair, part of what drove me bonkers was her trim body and perky breasts. Not only did I have to work with the boss’s opinionated daughter, I had to navigate her fresh, flowery scent and her delicious cleavage.

I spent that entire summer vacillating between fascination, annoyance, and lust, sometimes experiencing all three at the same time… 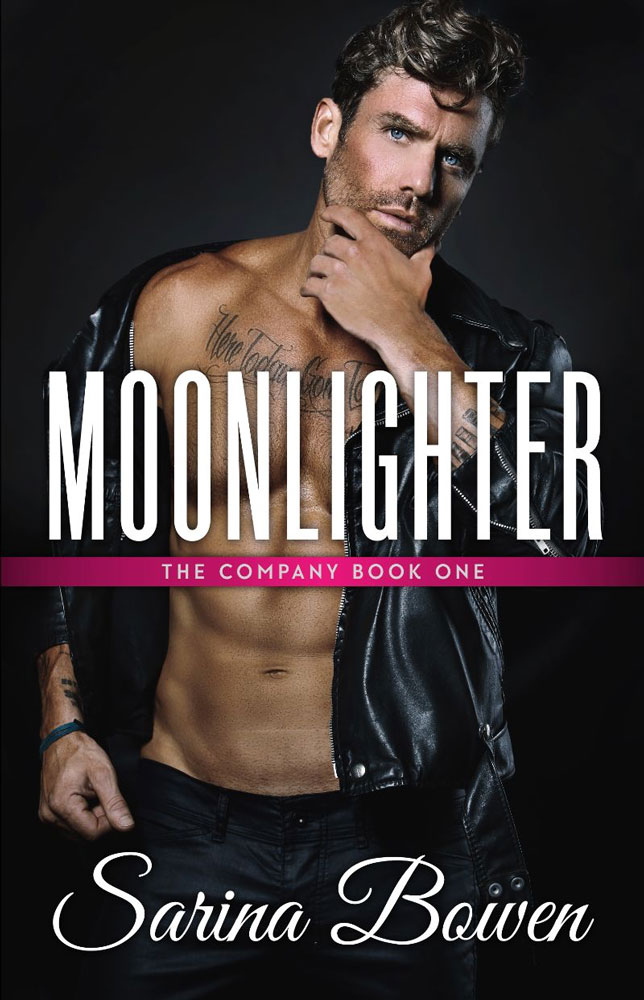 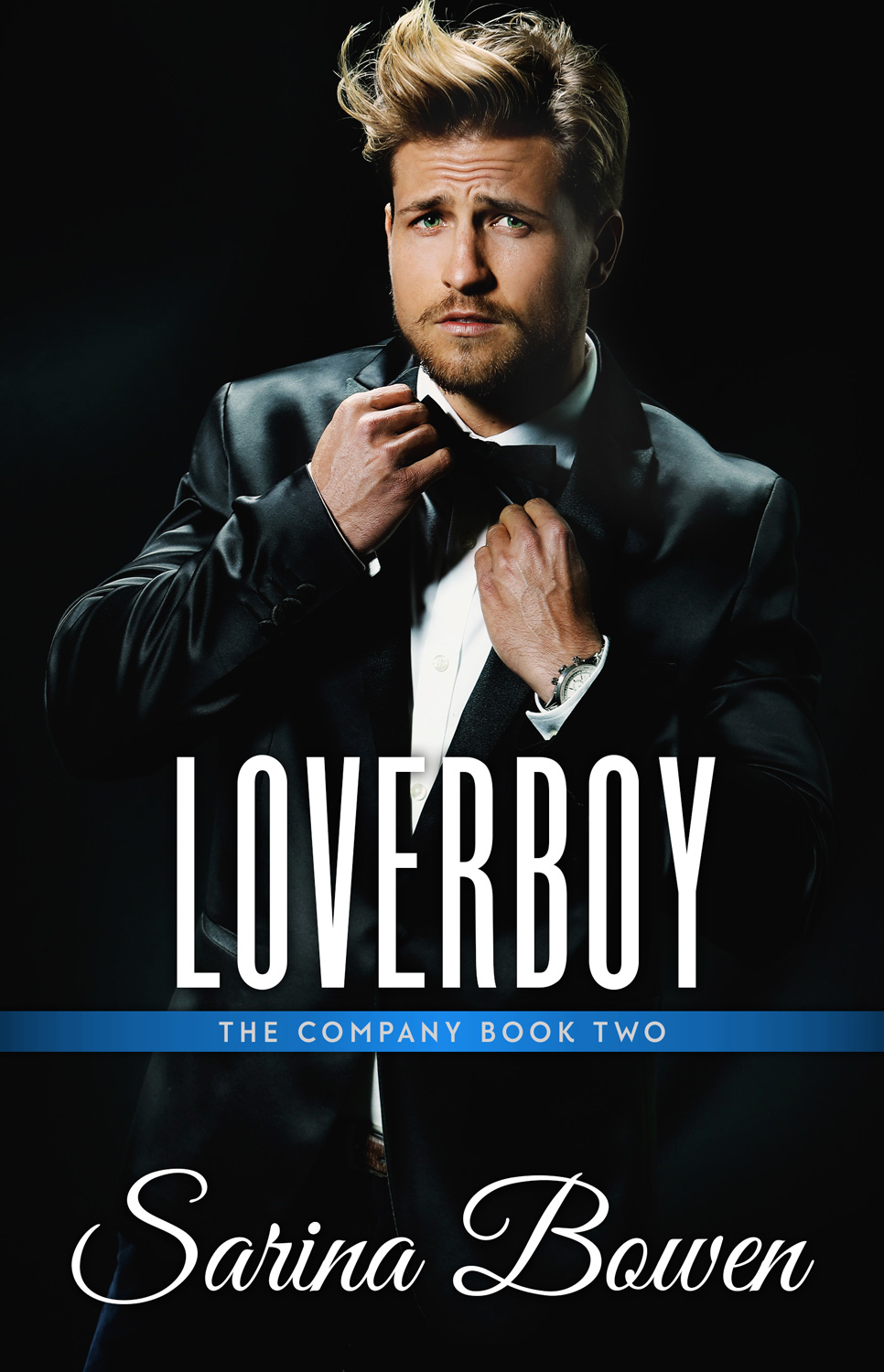