Small towns are definitely not for me. Probably because I was born in one, raised in one, and eventually run out of one. The understanding was that I would one day return to Chamberlin California. After all, it is my namesake. What my father didn’t count on however, was that once he sent me away, I would never come back—at least not until he was gone.

Which brings me to now, his wake, at the family winery that was supposed to be mine. It also brings me to her. The sweet girl I left behind. The girl who has since grown into the most beautiful woman I’ve ever laid eyes on—Laurel Anderson.

She’s looking at me as though she wishes I was the one she watched get buried this morning. But she’s out of luck. I’m alive and kicking. I’m also stuck in this town with nothing to do but wait until the will is read.

Well, nothing to do but see if I can seduce the pure and passionate Laurel, and change that anger I see in her eyes to something just as fiery…desire.

The last time I saw Noah Chamberlin, I was a doe-eyed innocent and he was the boy of my dreams. My future was all planned out down to the wedding dress, until one morning I woke up and he was gone.

You’d think after all these years, I’d feel the same blind indignation and rage that has haunted me since that day. Instead, the second I set eyes on him again, I felt something altogether unwanted and unexpected—lust.

If the rumors are true, he’s only going to be in Chamberlin for a few days. I can handle that, as long as he stops looking at me as though he’s thinking about the last time we were together.

But when Noah’s forced to stay and run the family business, it puts us in dangerously close proximity. And in a town this small, that can only mean one thing—trouble.

An all-new small town, second chance romance is coming soon from author Ella Frank, and we have the gorgeous cover. 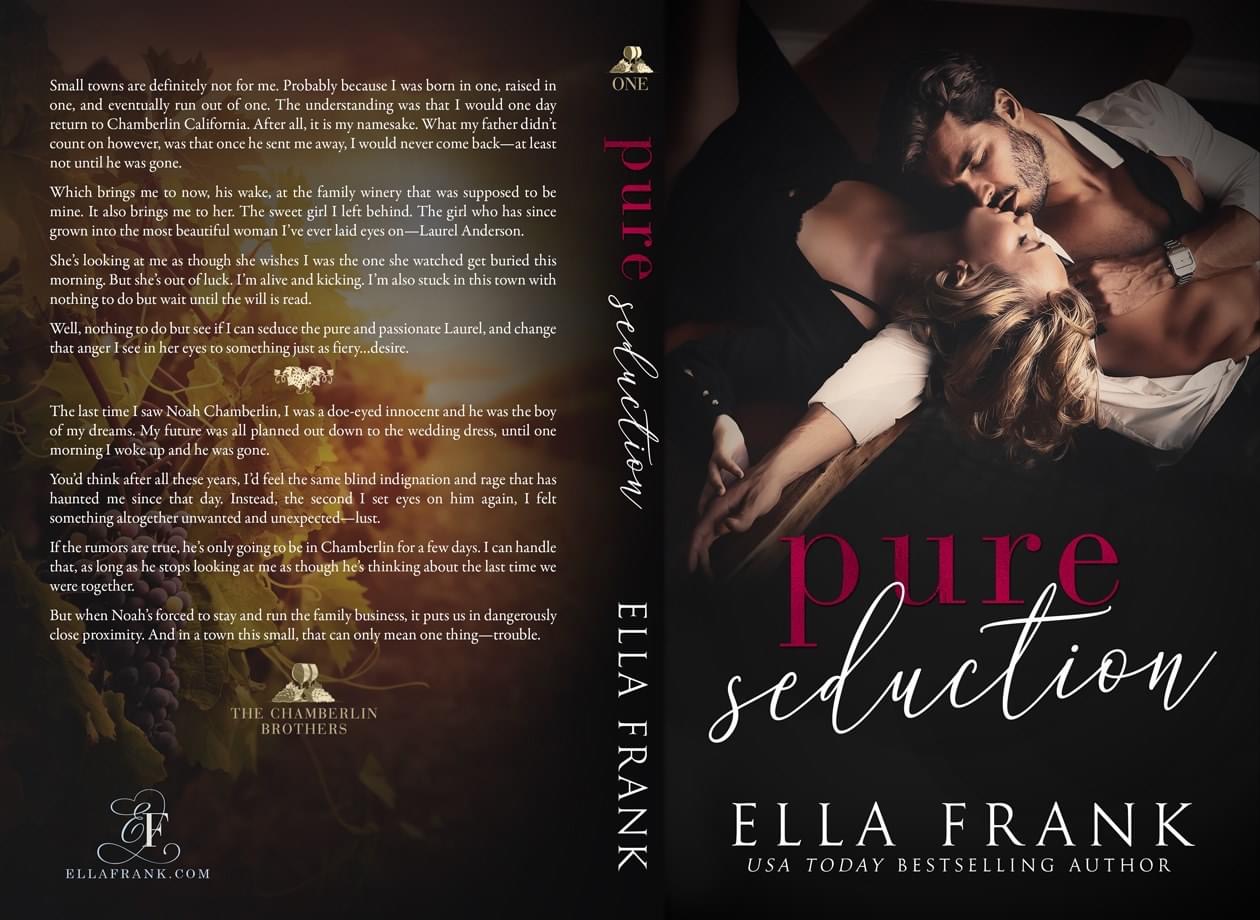 COVER REVEAL: Beneath the Stars by A.L. Jackson EXCLUSIVE EXCERPT: Call You Mine by Claudia Burgoa