Over the years, Storm North has witnessed two teams of Navy SEALs under his command find true love. He doesn’t expect the same for himself. He’s too old. Too jaded. Too set in his ways. Until a woman who’s been right in front of him for years manages to impress Storm in a way very few women—or men—ever have.

Jane Hamilton knows it’s ridiculous to have a crush on the charismatic and handsome admiral. She’s the divorced mother of a twenty-six-year-old daughter. Too old for crushes. Too old for a lot of things. There’s no chance she’ll ever catch the eye of a man like Storm North.

Until someone delivers a bomb to the base.

As the civilian contractor in charge of the mail room, Jane finds herself in the direct line of fire, enduring a series of events that leads to a budding relationship with the very man she’s been longing for. She couldn’t be happier, and Storm feels the same.

The only one unhappy, in fact, is the thwarted bomber. Unhappy enough to do something drastic. Now Storm and Jane have to work together to save innocent sailors—and themselves—from an explosive situation threatening their happily ever after.

An all-new story in Susan Stoker’s SEAL of Protection: Legacy series is out this week, and I have a sneak peek for you.

Storm looked down to find Jane studying him intently. “What?” he asked.

“I just…you sound like you’re resigned to being single.”

Storm thought about that for a second. “I guess I kinda am. I mean, I’m not on a SEAL team anymore, but I’m just as busy now as I was when I was younger. I might not be on the front line fighting, but I’m just as invested as I was then. I work long hours, and I’m not sure anyone would want to put up with that.”

He wanted to take the words back as soon as he said them, but they were already out there.

“When my husband left me, I was so busy trying to keep my head above water and a roof over our heads that I didn’t have time to think about dating again. Then, when Rose was going through her issues, I couldn’t think about anyone but her. I worried about her for quite a few years after she moved out, because I knew she was out there doing drugs and other dangerous things. It’s only been in the last five years or so that I’ve even thought about wanting to share my life with a man again.

“But…it’s not as easy to find someone who’s serious about wanting a relationship at my age as it was when I was in my twenties. The guys I’ve dated have either seemed to want a sugar mama to pay for everything so they can stay home and watch sports all day, or they’re turned off that I don’t need them. I’ve gotten used to my own company, and I make enough money now to be comfortable. That scares a lot of men.”

“It doesn’t scare me,” Storm assured her. “Actually, it’s a relief. I mean, I’m happy you make your own money and can obviously take care of yourself.”

They smiled at each other for a beat.

“I’m just sorry it took me so long to notice you,” Storm said honestly.

“Maybe not,” Storm agreed. “Although I’m glad I got my head out of my ass the other morning. When I heard you were in trouble, I couldn’t think about anything other than getting to you.”

“Why? Because you found me on my hands and knees, snot running out of my nose and having just puked my guts out. Then I had to get naked in front of you. Not exactly the way I imagined you finally noticing me.”

“You want to know what I saw when I entered the mail room?” Storm asked.

“No,” Jane said, but nodded her head as she did.

Storm grinned, then got serious. “I saw a woman who’d selflessly sent all of her employees out of harm’s way. Who was bent, but not broken. And trust me, the first time I inhaled CS gas, I reacted much worse than you…and I didn’t get a direct hit to my face.”

She raised an eyebrow in disbelief.

“I did,” he insisted. “I pissed my pants while it felt as if I was coughing up a lung.”

Storm loved the smile Jane tried to hide from him. “Seriously?”

“Yup.” Then he brought a hand to her face and tilted her chin up so she had to look at him. “Don’t be embarrassed. First, because you were reacting in a completely normal way. I’ll invite you out to watch the guys in boot camp as they go through the CS gas training so you can see for yourself. And secondly, while it wasn’t exactly appropriate for the time and place, you have absolutely nothing to be worried about when it comes to your body.”

She snorted in disbelief.

“I’m serious. You’ve got curves in all the right places, Jane…and there’s nothing I like more than a woman’s softness against my hardness.” Storm knew his words were a bit crude, and could have more than one meaning, but he was being completely honest. He’d had enough of women with so-called “perfect” bodies. He wanted a real woman. Someone who wasn’t afraid to eat and whose skin he could sink his fingers into. Jane definitely fit that bill.

“My ex used to call me Plain Jane,” she admitted.

Storm caressed her face gently. “He was an idiot, I think that’s more than obvious with the way he cheated on you and left you and your daughter to fend for yourselves.”

He stayed still as Jane’s gaze bored into his own. He had no idea what she was thinking but hoped he hadn’t been too honest. Too open.

When she sighed and turned her head back toward the TV and settled against him once more, Storm let out a breath of relief.

“This is crazy,” she muttered. “I’ve crushed on you so hard for so long…I have no idea how this is even happening.” 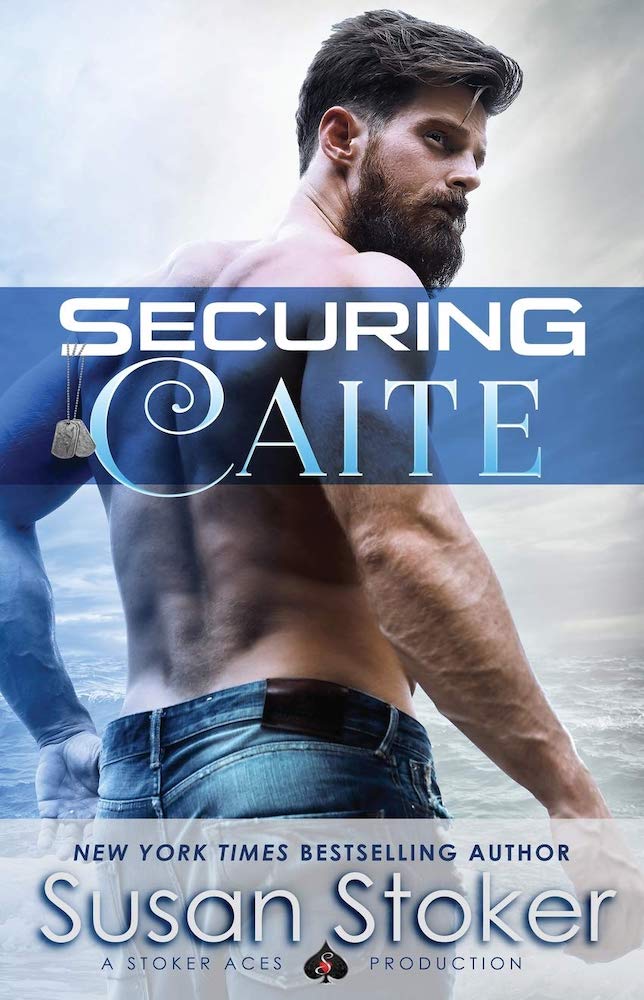 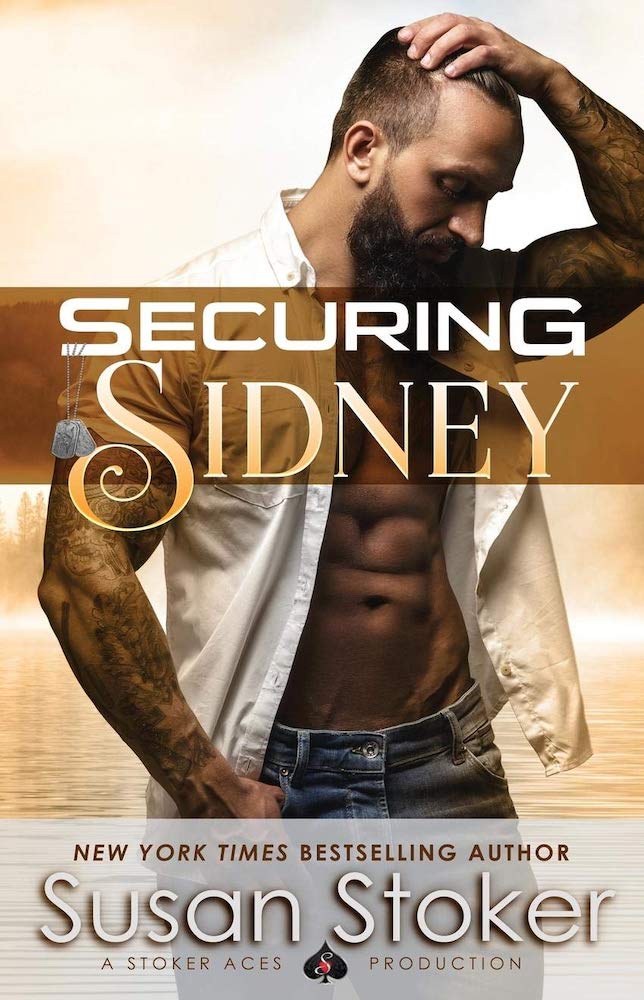 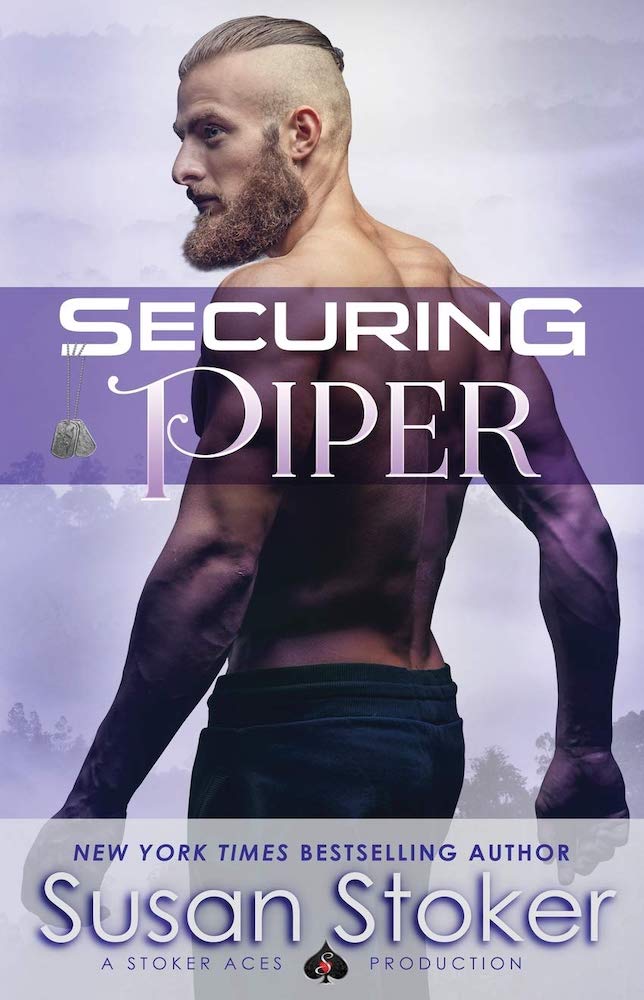 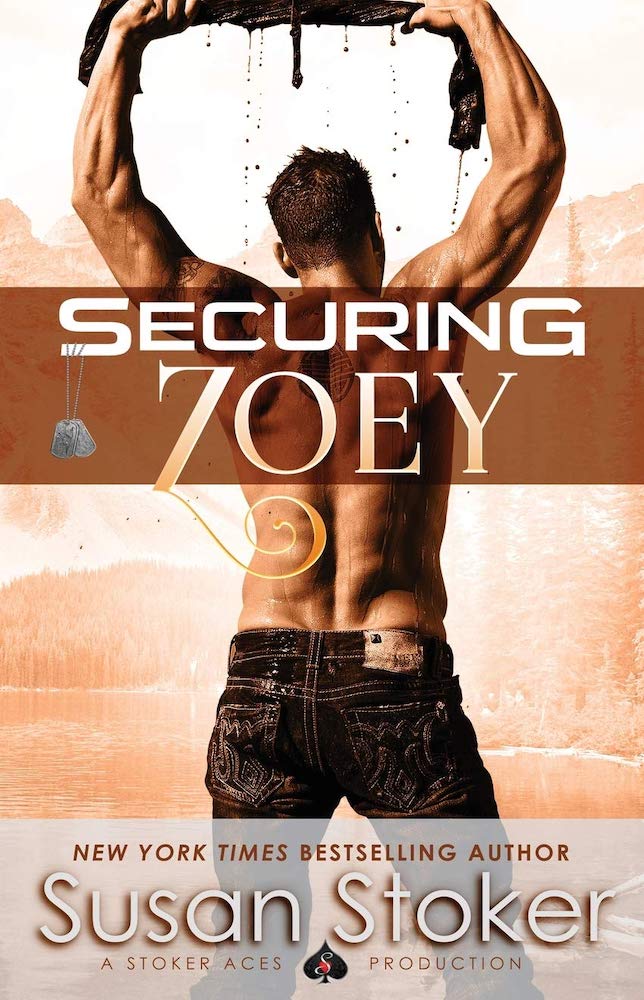 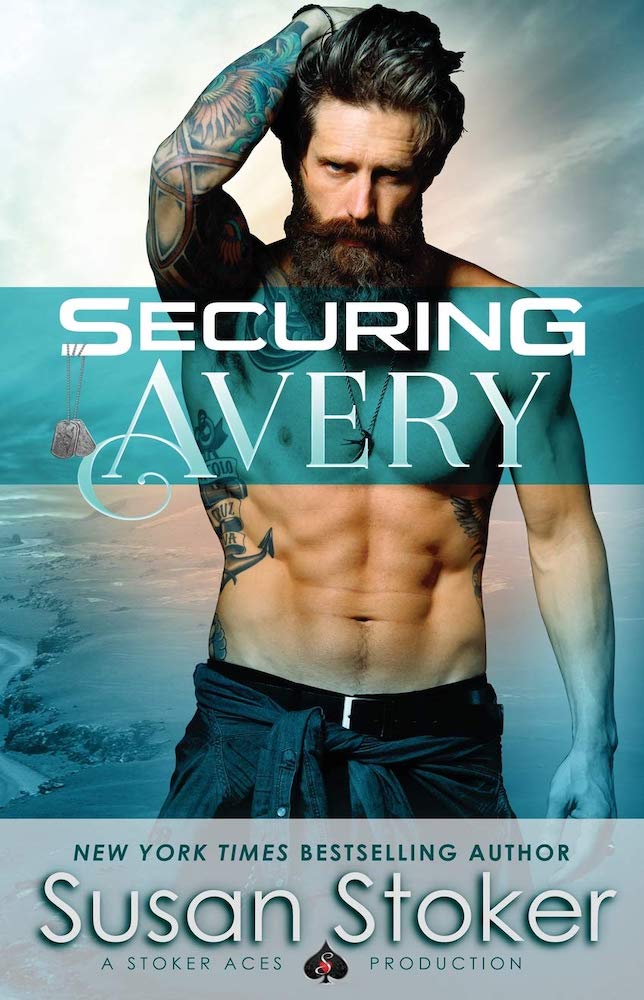 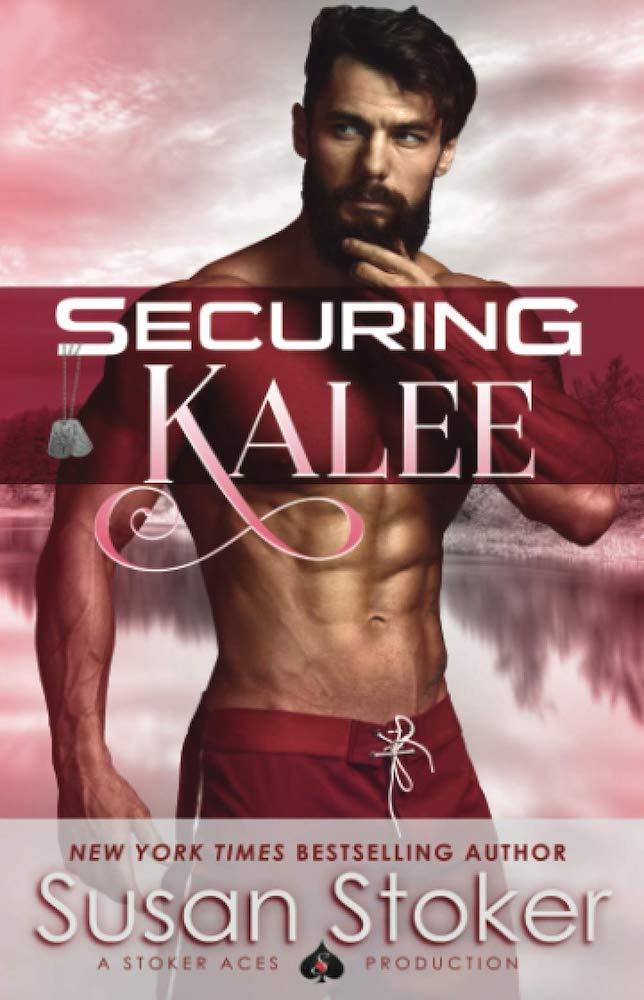 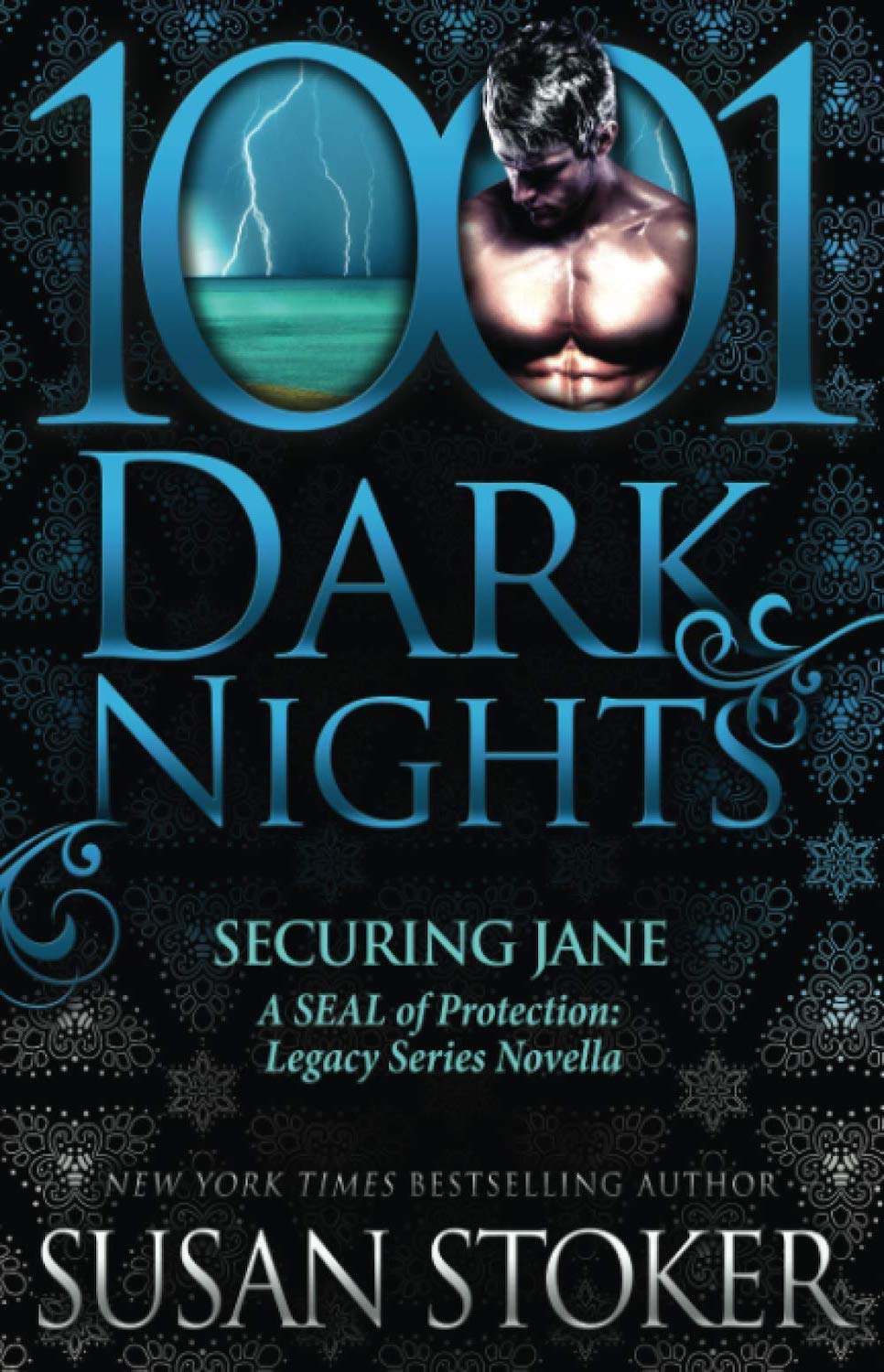