I always knew I was different.

From a young age, my mind has been plagued with things only I could see. Some hauntingly beautiful, others completely terrifying. Never knowing if these visions were real or just hallucinations, I learned how to lock them down and ignore them. I learned to take solace in the relative anonymity of city life and find peace in the rainy days my city of Seattle is known for.
But just when I think my life is getting on track and my dreams are achievable, a moment of weakness causes me to learn a hard and fast lesson.

My entire existence has been a lie.

Now I’m faced with a new reality that’s as implausible as it is fantastical. Filled with realms and veils, light and dark, fae and daemons, gods and angels–things I don’t understand but am forced to acknowledge. It doesn’t help that the man teaching me about my unique gifts is the gorgeously handsome Carrick Byrne, one of Seattle’s richest and most powerful men. He intimidates, annoys, and intrigues me all at the same time. I don’t trust him and yet there’s no one else to help me.
No longer certain who to put my faith in, what to believe, or how I fit into it all, one revelation is clear…

The world as I know it will never be the same again.

EXCLUSIVE EXCERPT: The Revelation of Light and Dark

Hidden dangers. A vengeful prophecy. One fated destiny to save them all. Sawyer Bennett is kicking off an all-new series this week—an epic love story weaved within a fantastical journey of human and otherworldly—and I have an excerpt for you, as well as a chance to win a signed hardcover copy.

Fallon’s hand grips mine so hard I feel like my fingers are going to break. My head whips to the side to stare at her, but she’s not paying me a bit of attention. Her eyes are wide and her mouth hanging open with shock as she gapes at the entrance to the gallery.

“Oh my God,” she gasps, her other hand coming to flutter at her neck. “I can’t believe it’s him.”

My head swivels in the direction of her awe. A man stands there, shaking hands with several people.

And well… not just any man.

A man of importance, I can tell. Maybe even extreme power.

He’s not classically handsome or even ruggedly good looking. He’s gorgeous in almost a feral-looking way.

He appears to be in his mid-thirties if I had to take a guess. Perfectly angled cheekbones, his strong, square jaw showing the hint of stubble that will be appearing before the evening is done. His dark hair—the darkest of browns bordering on almost black—is perfectly styled, cleanly trimmed on the sides, but slightly longer on top. He wears it swept back from his forehead, which must contain some product, yet it still looks natural. His brows are slightly on the thicker side, but they only serve to frame eyes that some people would say might be prettier than mine. Even across the room, I can tell they’re a light amber color that seem to shine with an ethereal luminescence. He’s clearly well known, shaking hand after hand, and engaging in conversation that brings out a bright smile with straight teeth framed by full lips.

I give a hard shake of my head, realizing I just internally waxed poetic about the handsomeness of a man, which is something I don’t recall ever having done before. And that includes the time Rainey and I got backstage passes to meet Dave Grohl three years ago, and he is my all-time crush.

The man we’re currently gawking at is probably just an actor or a fashion model, or something along those lines, and I normally don’t get caught up in that sort of thing.

“I really can’t believe he came,” Fallon whispers, more to herself than me. “I mean… I sent him an invitation, but never in a million years did I think he’d show up.”

I look to my sister, frowning at her thrall. “Is he someone famous or something?”

Fallon rolls her eyes, giving me a look that conveys I need to catch up to the modern world. “He’s only the richest man in Seattle.”

“I’ll be right back,” Fallon says, and I can hear the nervousness in her voice. She smooths her hands over her dress, then her hair. She takes a step away from me, then whips back around. “Is my makeup okay? My hair?”

“You look perfect,” I assure her.

She takes a deep breath, lets it out, and then nods at me. I stare back in fascination. I’ve never seen Fallon so ill at ease before. She’s nervous and unsure of herself, and that’s just not my sister.

I glance back at the man as he starts to move away from the door but is repeatedly stopped by people coming up to him. He seems to have an almost rock-star type of status among the Seattle rich.

Fallon turns, straightens her spine, and then impressively glides with confidence his way. I watch, sipping on my champagne as she pushes through the crowd to introduce herself to this man—Carrick Byrne.

They chat amiably as he seems to put her right at ease. More people come to join their circle, and there’s laughter. Someone brings Mr. Byrne a drink—not champagne—but something dark and in a crystal glass. Scotch or bourbon, I’m guessing.

My eyes drift over to Michael, also in animated conversation with his new clients. I’ve clearly been forgotten. With a sigh, I realize it’s probably time I headed home. I left my car back in the parking garage near One Bean, so I’ll just Uber back over to it as there’s no way I’m walking ten blocks, uphill, in spiked heels. That’s just suicide.

Prepared to slip back into Fallon’s office to grab my purse, I look over at her one more time. I find her staring directly at me, and then she starts motioning for me to come to join them. The crowd around Mr. Byrne has grown, his popularity obvious, and it’s clear Fallon wants to introduce me.

I shake my head in the negative, clearly conveying I can do without.

She narrows her eyes, gives me a scowl that says she’s not to be trifled with, and jabs her finger down toward the floor, a silent message that says, “Get your ass over here, right now.”

With another sigh—this one far more suffering—I move that way. It’s Fallon’s night. If she wants me to meet the richest man in Seattle, so be it.

I try to walk as gracefully as possible, given I don’t have a lot of practice in shoes quite this high. I have no clue what material the floor is, only that it is shiny and black and looks slick as hell. It messes with my head to walk across it, which is why I was grateful to just stand in one spot for so long talking to Michael.

I manage to make it over to the group somewhat gracefully where I have to turn sideways, slip in between two men to bring myself to Fallon’s side. Mr. Byrne is currently in an animated discussion with Blain about some stock that just went belly up. Fallon’s hand grips my wrist, most likely to ensure I don’t flee.

When there’s finally a lull in the conversation, Fallon says, “Carrick… I’d like to introduce you to my sister, Finley.”

Fallon gives me a slight push in my lower back, meant to convey I should politely engage with the man. He turns his head from Blain to me, and the moment our eyes connect, I know something is gravely wrong.

Up close, I see I was correct about his eye color. They’re colored somewhere between warm honey and glowing amber, heavily rimmed with thick black lashes. When he looks at me, something hot flares inside them with such intensity, I take a step backward.

What was that? A moment of recognition?

Impossible, as I’ve never met this man before. He’s not the type one forgets.

Those eyes, though, in just a millisecond it seems, lose all their warmth. Despite the golden hue that emanates with a glow that would make one think of a cozy fire, they go ice cold as his jaw locks hard. A shiver moves up my spine as Mr. Byrne stares at me with what I can only describe as open hostility, possibly even hatred.

Fallon doesn’t seem to notice as she’s blathering on about me. How I manage a successful coffee shop with ownership potential, and I can tell that not a single word is filtering through to the man glaring daggers at me.

He abruptly turns his gaze from me to Fallon, and I note that his eyes seem warm and human again. He interrupts her monologue without an ounce of remorse. “I’m sorry, Fallon. I had hoped to be able to stay longer, but I have another appointment. I can’t be late for it. Perhaps I’ll come by for a private tour of your gallery another time.”

Fallon gushes her gratitude. “It would be my sincerest honor, Mr. Byrne.”

“Please call me Carrick,” he says with a charming smile, sticking his hand out to her. They shake, then he turns to shake Blain’s hand as well. His body swings slightly toward the group that had been standing around in awe as he talked, and his gaze briefly moves over every single person there as he nods a farewell.

Every single person but me.

He pointedly refuses to look at me, and I’m baffled by the snub.

Which is ridiculous because I don’t know this man. Moreover, I have skin thicker than cowhide. My feelings and ego are secure. It would take much more than a rude man to cause an ache in my chest, yet I feel like I’ve been let down by the most important person in the world.

I shake my head because that’s utterly laughable.

To enter to win a signed hardcover copy of The Revelation of Light and Dark by Sawyer Bennett, follow the prompts below.

Prizing and samples provided by Sawyer Bennett. Giveaway ends at 11:30 PM (ET) on February 14, 2021. NO PURCHASE NECESSARY TO ENTER OR WIN. A PURCHASE WILL NOT INCREASE YOUR CHANCES OF WINNING. VOID WHERE PROHIBITED OR RESTRICTED BY LAW. INTERNET ACCESS REQUIRED. OPEN INTERNATIONALLY. 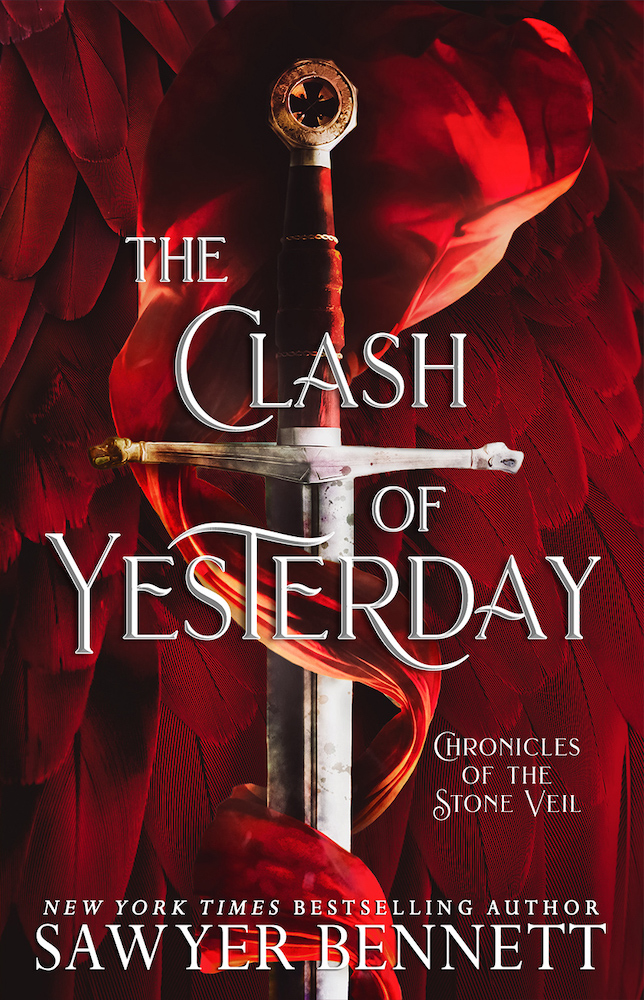 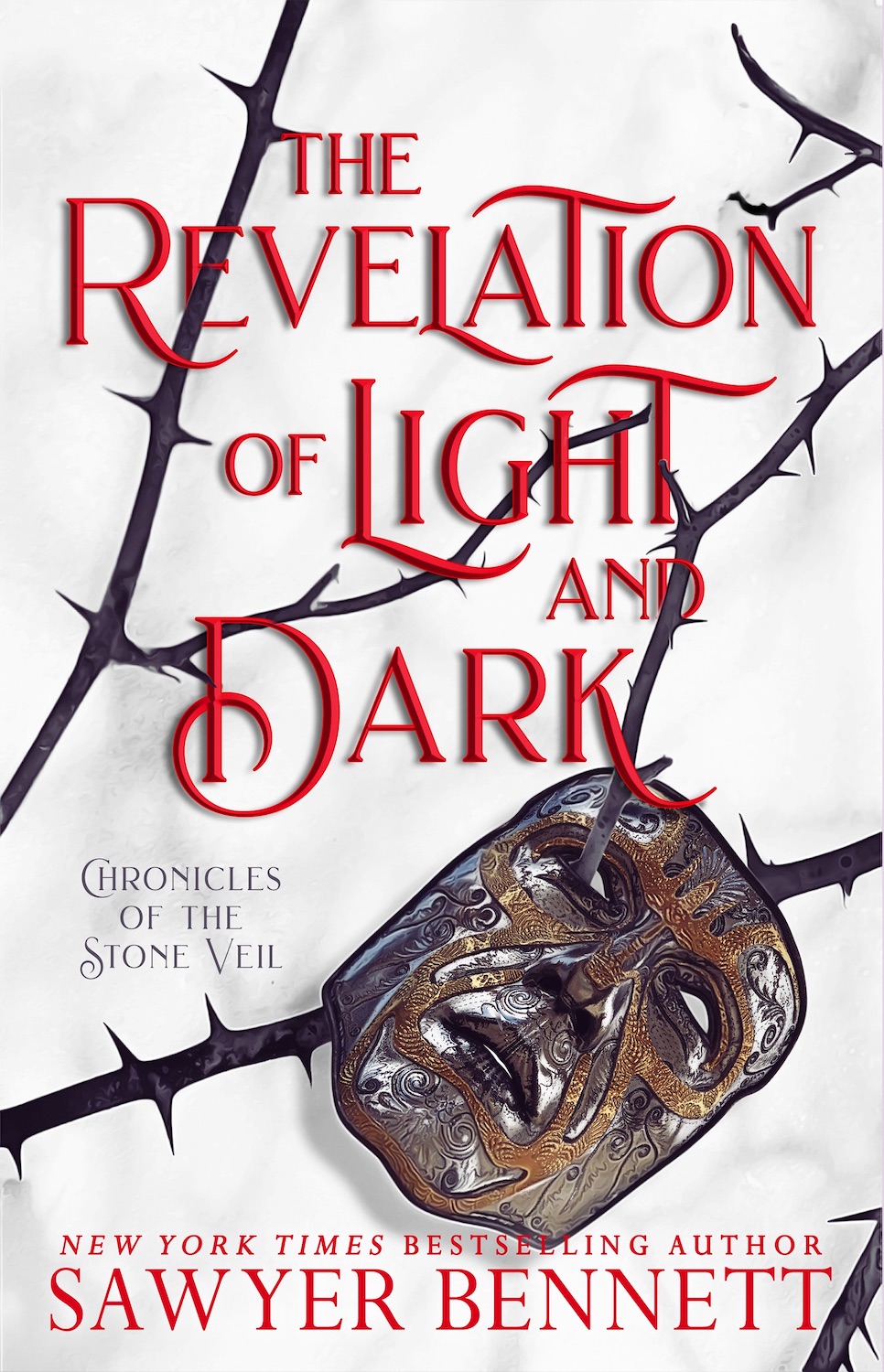 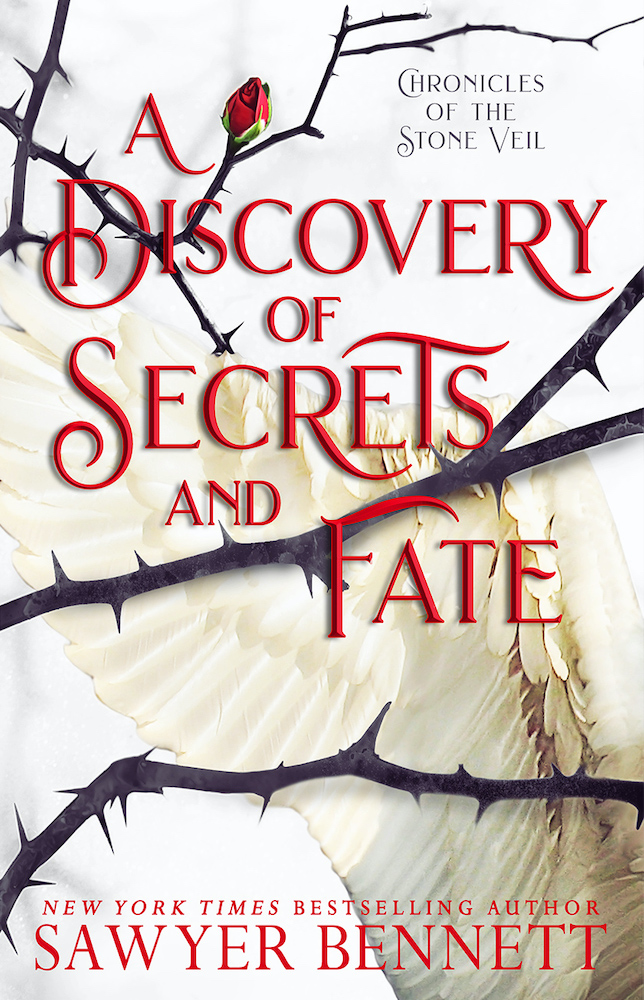 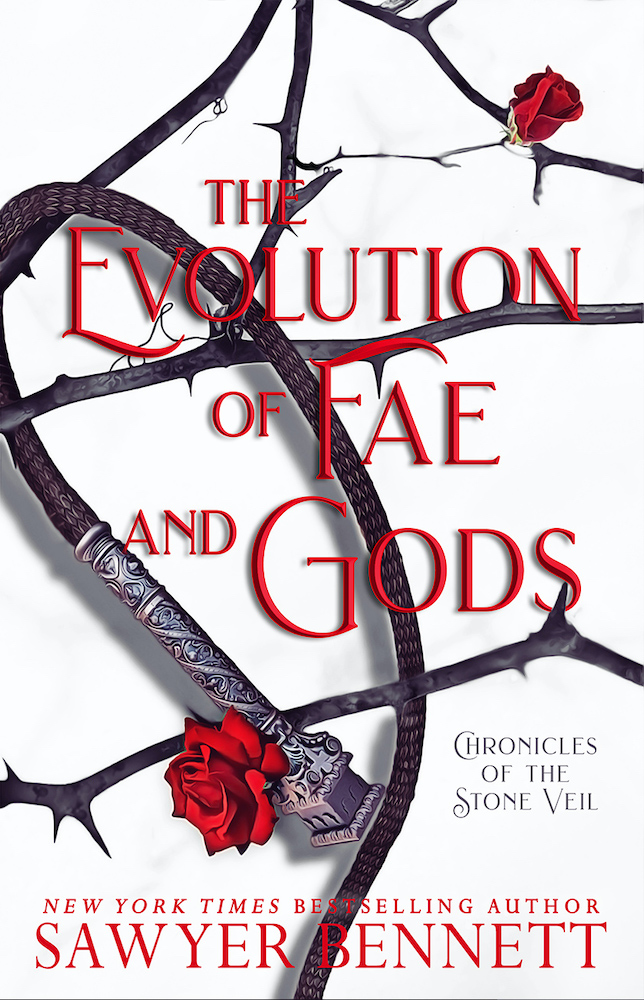 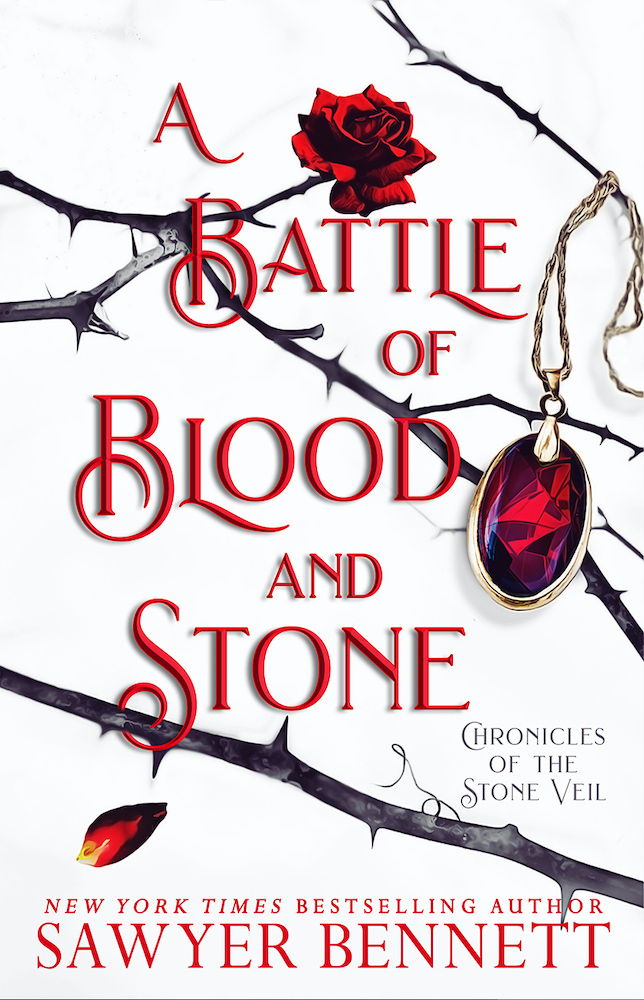 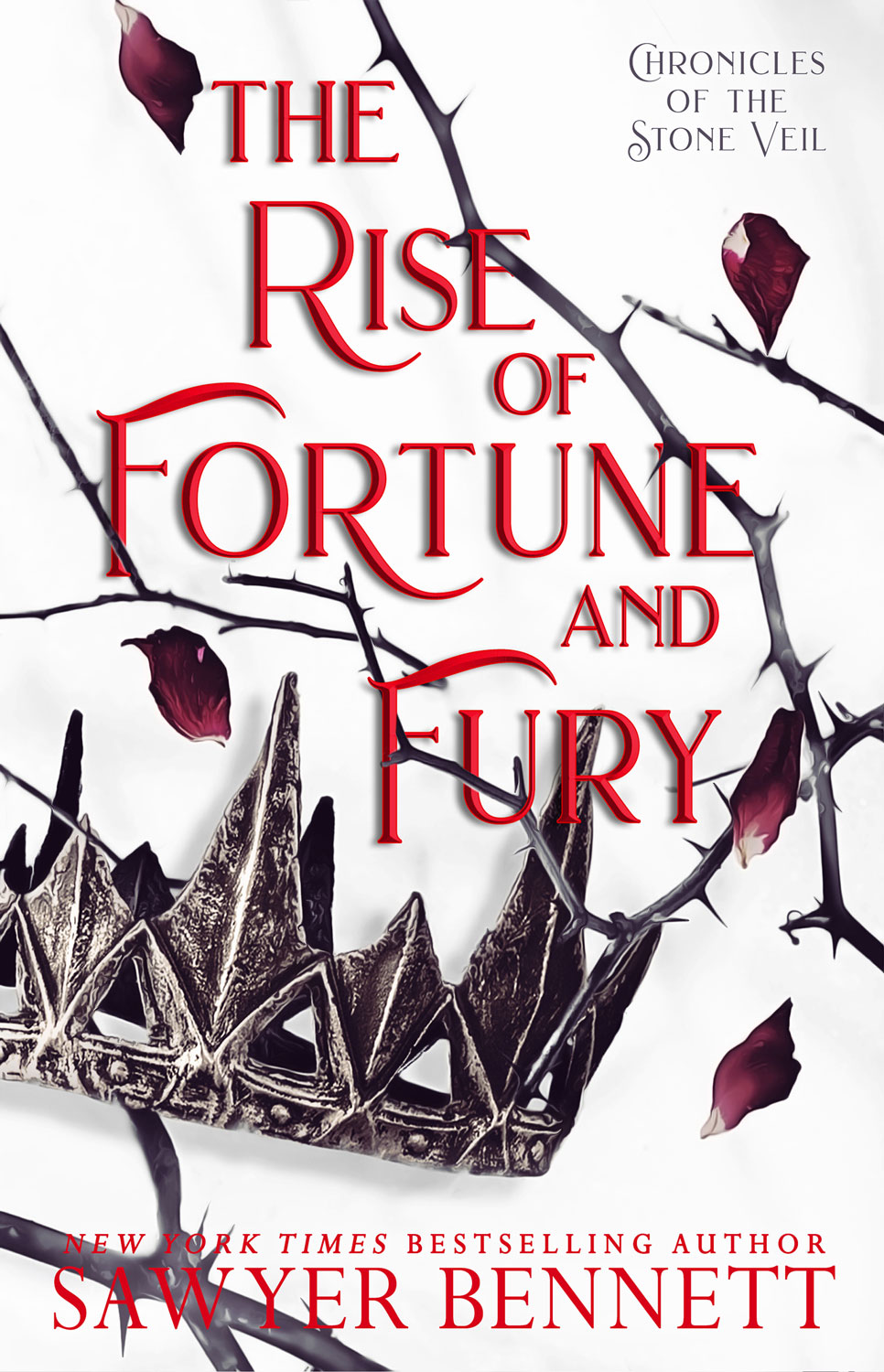 Sounds awesome! I need this book in my library! 💗

I loved this book and can’t wait for the next one!!!

Can’t wait to read this book! It looks very interesting!

I love this author and I’m looking forward to reading this different genre from her. Thanks for the opportunity!

I really love the synopsis of the book. Crossing my fingers 🤞🏼💜