She’s been the victim and the survivor…

Poppy never dreamed she would find the love she’s found with Prince Casteel. She wants to revel in her happiness but first they must free his brother and find hers. It’s a dangerous mission and one with far-reaching consequences neither dreamed of. Because Poppy is the Chosen, the Blessed. The true ruler of Atlantia. She carries the blood of the King of Gods within her. By right the crown and the kingdom are hers.

The enemy and the warrior…

Poppy has only ever wanted to control her own life, not the lives of others, but now she must choose to either forsake her birthright or seize the gilded crown and become the Queen of Flesh and Fire. But as the kingdoms’ dark sins and blood-drenched secrets finally unravel, a long-forgotten power rises to pose a genuine threat. And they will stop at nothing to ensure that the crown never sits upon Poppy’s head.

A lover and heartmate…

But the greatest threat to them and to Atlantia is what awaits in the far west, where the Queen of Blood and Ash has her own plans, ones she has waited hundreds of years to carry out. Poppy and Casteel must consider the impossible—travel to the Lands of the Gods and wake the King himself. And as shocking secrets and the harshest betrayals come to light, and enemies emerge to threaten everything Poppy and Casteel have fought for, they will discover just how far they are willing to go for their people—and each other.

And now she will become Queen…

Jennifer L. Armentrout raises the stakes to electrifying new levels in the third instalment of this gripping tale of adventure, mayhem, and romance, bringing us one step closer to what promises to be a final showdown of epic proportions. Page after page, I had to remind myself to breathe. And I am so honoured to bring you a little sneak peek.

I imagined the Crown Guard was a lot like the Royal Guard that served the Ascended. They only took orders from Queen Ileana and King Jalara, and whatever Royal Ascended were seated to lord over a city or town.

“Correct me if I’m wrong. I don’t think I am, but stranger things have happened,” Casteel said, and my brows puckered. “My mother removed the crown and told everyone here to bow before the new Queen—who happens to be my wife. Therefore, according to Atlantian tradition, that makes me the King, no matter what head the crown rests upon.” My heart tumbled. King. Queen. That couldn’t be us.

“You never wanted the throne or the trappings that come with that crown,” Alastir spat. “You spent decades seeking to free your brother so he could take the throne. And yet now you seek to claim it? You’ve truly given up on your brother then?”

I sucked in a sharp breath as anger flooded me. Alastir, of all people, knew how much finding and freeing Malik meant to Casteel. And his words had cut deep. I felt from Casteel then what I’d sensed the very first time I ever laid eyes on him—a rawness that felt like shards of ice against my skin. Casteel was always in pain, and even though it had lessened a little with each passing day, the agony he felt over his brother was never far from the surface. He’d just recently allowed himself to feel something other than the guilt, the shame, and the anguish.

I didn’t even realize I had moved forward until I saw that I was no longer under the shade of the blood tree. “Casteel hasn’t given up on Malik,” I snapped before I could find my damn dagger and throw it across the Temple. “We will find him and free him. Malik has nothing to do with any of this.”

“Oh, gods.” Eloana pressed her hand to her mouth as she turned to her son. Pain tightened her features, and in an instant, soul-deep sorrow rolled off her in potent waves. I couldn’t see it, but her grief was a constant shadow that followed her, just as it did for Casteel. It hammered at my senses, scraping my skin like frozen, broken glass. “Hawke, what have you done?”

My focus darted to Valyn as I shut down the connection with Casteel’s mother before it overwhelmed me. A jagged pulse of grief surrounded him, pierced by a surge of peppery, desperate anger. But he locked it down with a strength that I couldn’t help but admire and envy. He bent and whispered in his wife’s ears. Closing her eyes, she nodded at whatever he said.

Oh, gods, I shouldn’t have said that. “I’m sorry.” I clasped my hands together tightly. “I didn’t—”

“You have nothing to apologize for,” Casteel said, looking over his shoulder at me and finding my gaze with his. What radiated from him was warm and sweet, overshadowing the icy ache a bit.

“It is I who should apologize,” Alastir stated gruffly, surprising me. “I shouldn’t have brought Malik into this. You were right.”

Casteel eyed him, and I knew he didn’t know what to do with Alastir’s apology. Neither did I, Instead, he focused on his parents. “I know what you’re likely thinking. It’s the same thing Alastir believed. You think my marriage to Penellaphe is yet another fruitless ploy to free Malik.”

“It’s not?” his mother whispered, tears filling her eyes. “We know you took her to use her.”

Hearing all of this used to bother me. The truth of how Casteel and I had gotten to this place was an uncomfortable one, but it no longer made me feel as if my skin no longer fit. I looked down at the band around my pointer finger and the vibrant golden swirl across my left palm. The corners of my lips turned up. Casteel had come for me with plans to use me, but that had changed long before either of us realized it. The how no longer mattered.

“I want to believe that,” his mother whispered. Her concern was oppressive, like a coarse, too-thick blanket. Maybe she wanted to believe it, but it was clear that she didn’t. 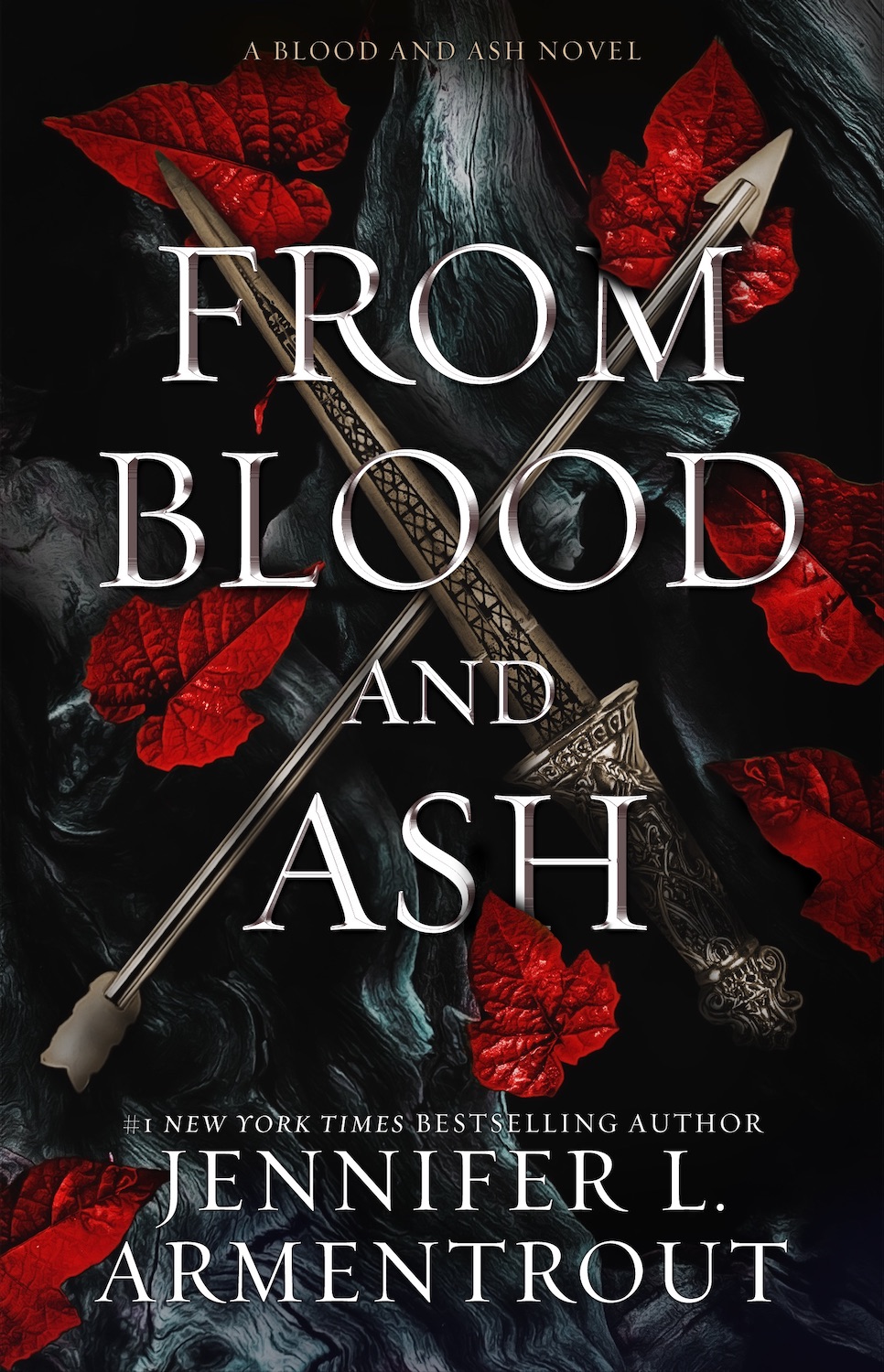 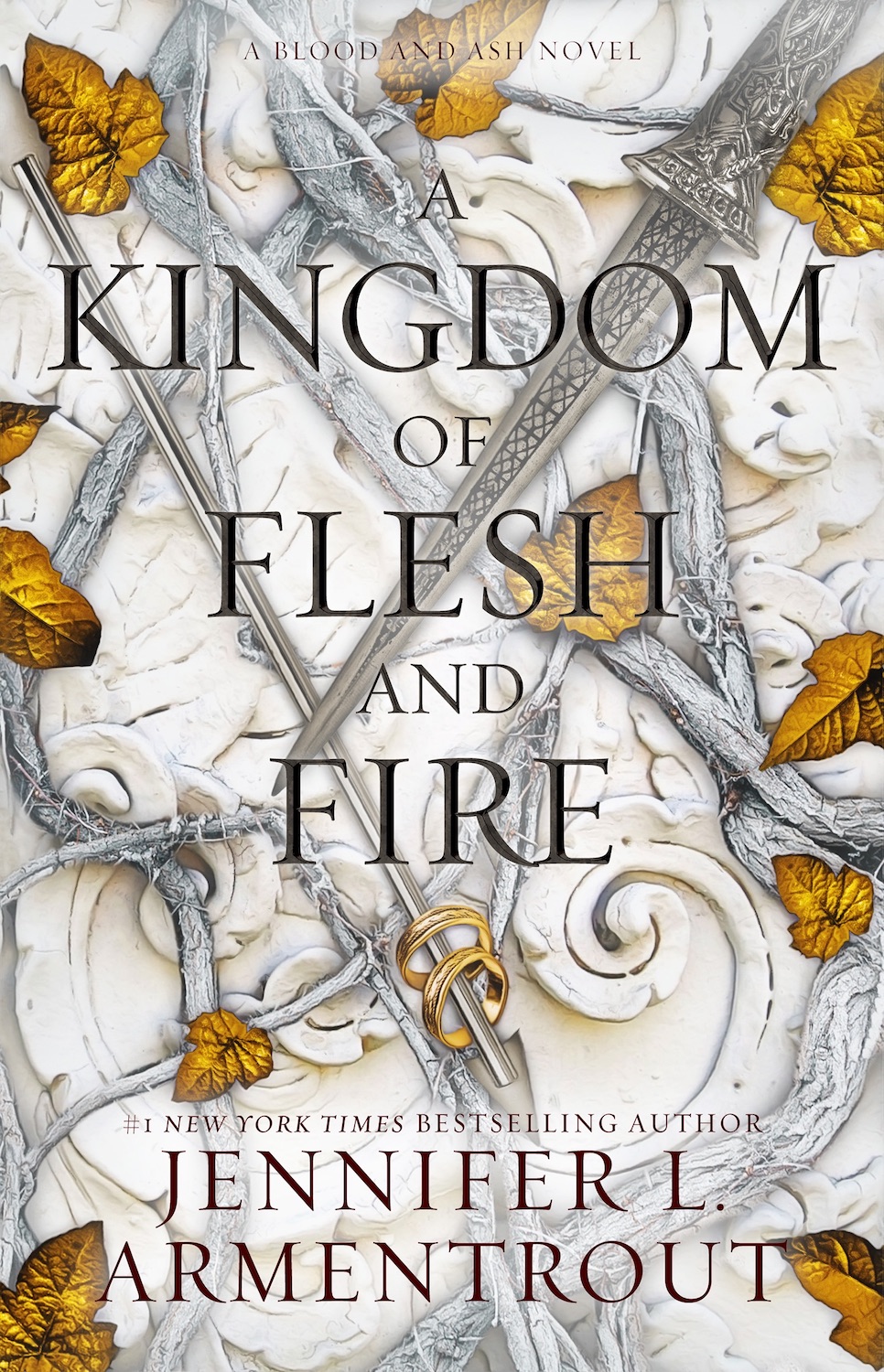 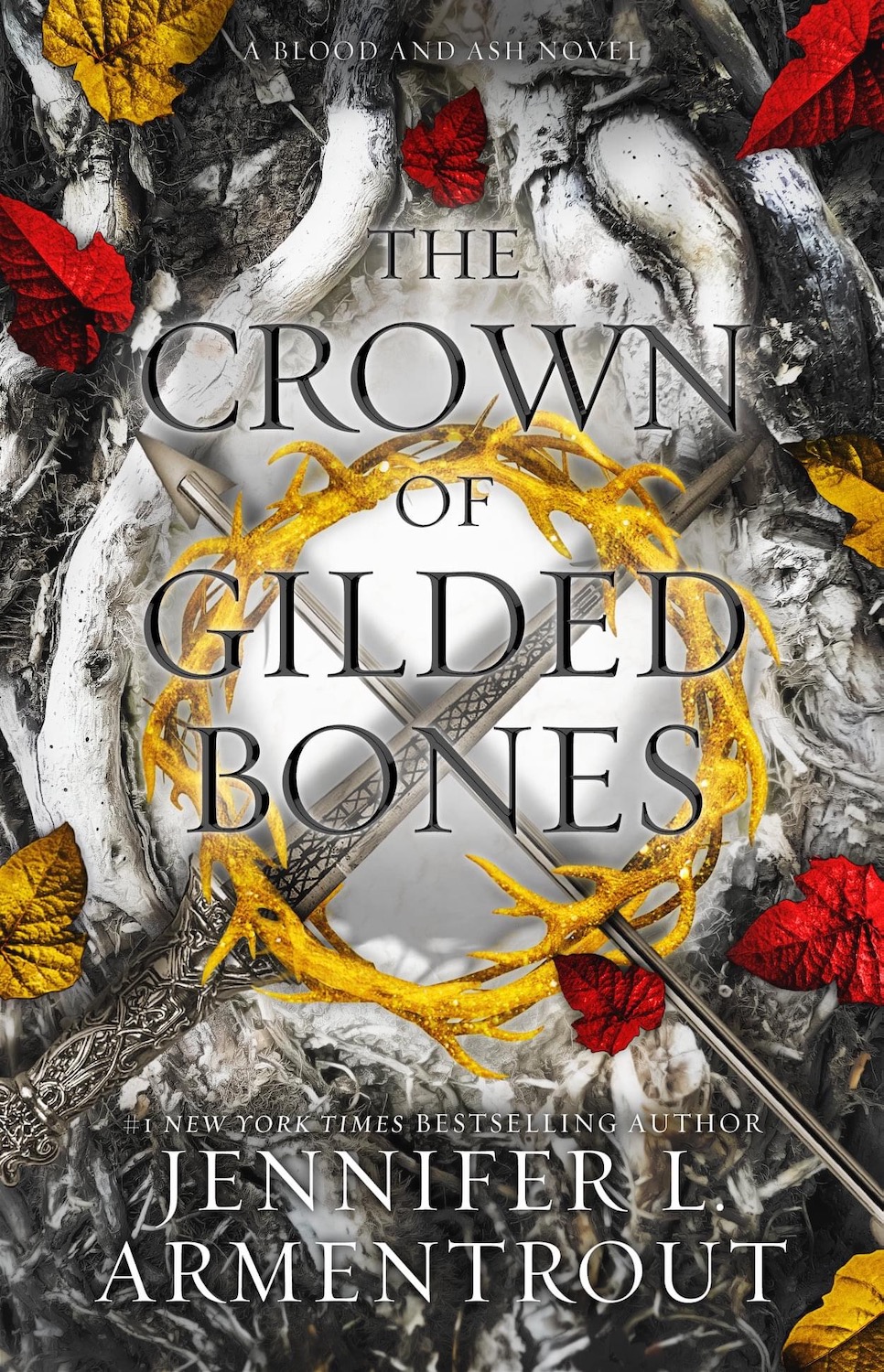 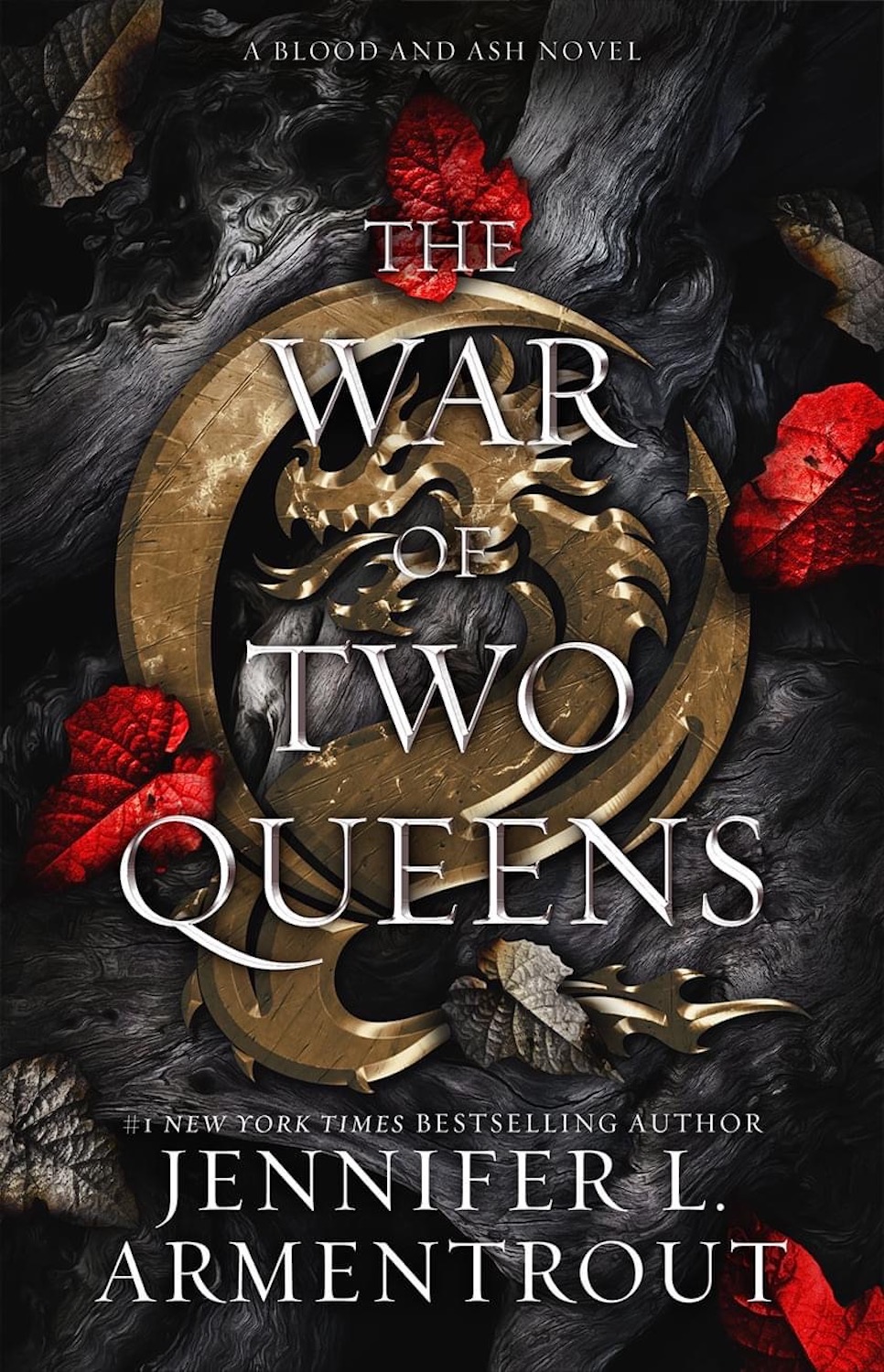