“Maybe we were never meant for each other. But that night at the carnival, when you showed me who you were, I figured out who I wanted to be.”

The most important thing I’d ever read was scribbled on the door of a portable restroom, engraved into plastic at a carnival on the outskirts of Boston.

Maybe it was always my destiny to fall in love with a monster.

When other kids stayed awake at night fearing the pointy-toothed beast hiding in their closet, I longed to see mine.

I wanted to feed it, domesticate it, understand it.

Sam and I were only allowed to love each other in the dark.

Once our story unfolded, and the truth came to light, I was the one to cut the cord.

My name is Aisling Fitzpatrick, and I have a confession to make.

Sam Brennan is not the only monster in this story.

An all-new romance about the thin line between love and obsession is out this week from author L.J. Shen—part of her Boston Belles series—and I have a sneak peek for you.

At some point, Belle zeroed in on a man as she always did.

Emmabelle Penrose was a self-proclaimed non-monogamous woman. While she wasn’t predatory, she was definitely not looking for a serious relationship and loved nothing more than indulging in one-night stands. Monogamous relationships were a foreign concept to her, like a bidet or brown sauce. She was aware it was something other people enjoyed, but was never tempted to try it out herself. But in the rare times she’d picked a lover, be it a woman or a man, she was fiercely devoted to them and made them feel like the center of the world.

Which was probably why she broke more hearts than she could count.

Her victim tonight was a tall, dark, and handsome type dressed as Zorro.

They met halfway, striking up a conversation while I self-consciously danced by myself before retreating back to the bar.

She reappeared by my side ten minutes later.

“We’re going to the Four Seasons. He’s got a friend in management who can hook us up with a presidential suite. Doesn’t he give Antonio Banderas a run for his money?” Belle sank her teeth into her lower lip, watching him from across the room as he retrieved both their coats from the cloakroom, sending her nervous glances to make sure she didn’t run away or change her mind.

I leaned my forearms against the bar, smiling. “Definitely, but the costume’s a bit cheesy, no?”

“Cheesier than Domino’s pizza. Luckily, I’m spending one night with him, not a lifetime.” Belle winked, smacking a kiss on my forehead.

“Happy Halloween, Doc. Make sure you don’t leave here alone and text me if you need anything, yeah?”

She left without waiting for an answer.

I entertained the idea of calling an Uber and going home, but then what was the point? My parents were still out, attending one of their charity dinners, which was the reason I was here in the first place; normally, when my mother was home, she insisted we spend time together. My brothers were with their respective wives and children.

I’d be going back to a pointless and excessively large manor to dwell in my own thoughts, dark memories, and regrets.

I signaled the bartender to get me another gin and tonic, downed it, and got back on the dance floor, dancing by myself.

Ten minutes later, a guy in a Ghostbuster uniform began dancing in my vicinity, drawing closer to me as he did. He looked young. Younger than my own twenty-seven years. College-aged and blond, his face pink from the bite of the Boston cold. We danced around each other for a while before he yelled in my ear, “I’m Chris.”

I leaned forward to answer him, even though I knew there was no way Chris and I were going home together. For better or worse, I wasn’t the type to go home with a random. I wasn’t a nun by any stretch of the imagination, and I wasn’t dumb enough to save myself for Sam, but I could also count on two fingers the men I’d slept with in my lifetime and knew their addresses, full names, phone number, and—embarrassingly—college grades.

“Ash,” I answered, keeping it vague.

Ash could mean Ashley or Ashlynn.

Aisling wasn’t a very common name, and everyone knew the Fitzpatricks in Boston.

“You look hot as fuck, Ash.” He licked his lips, undressing me with his eyes.

“Thanks.” I smiled grimly, mentally putting my clothes back on.

I was aware I was treading into tipsy territory, but I was still far from drunk. I nodded. “Anything bottled works. I’ll open it myself.”

“You don’t have a bottle opener.”

He arched a brow, grinning.

Chris brought me a beer. We danced some more. When “Heads Will Roll” by the Yeah Yeah Yeahs started, Chris shifted behind me and began grinding against my ass. He was hard, and I was over it. Over everything, really. Especially today.

I wasn’t going to see Sam tonight. He wasn’t here. My whole plan was a bust, and it was time to cut my losses and lick my wounds back home, where I could at least drown my sorrows in more alcohol without risking getting raped.

“It’s been fun, Chris. Thanks. Have a good night.” I grabbed my small clutch and turned toward the stairway, but Chris had other ideas. He snatched me by the arm, pulling me back to the busy dance floor, his rancid vodka breath wafting toward my face.

“Not so quick, Pretty Woman. Where’s my thank you for the beer?”

He was one of those men that thought buying a girl one drink got them a direct ticket into their panties. I reached into my clutch, plucked a crisp ten-dollar bill and threw it in his direction, smirking as it floated between us, sailing down like a feather all the way to the sticky floor.

“Here. Buy yourself something nice. Maybe the common sense not to sexually harass women.”

I swiveled on my heel again. He snatched my arm again. This time, he yanked me closer, my body slamming against his. My heart began to strum erratically as his fingers dug into my flesh, leaving rings of bruises.

“Nuh uh. I have something else in mind for payment.”

“Then I suggest you rethink it, because I’m not that type of girl.”

“Is that why you’re dressed like a whore?” He raised a challenging brow. “Spare me the speech, Ashley. We both want each other, and it’s going to happen.”

I looked up, trying to shake him off. He tightened his grip on my arm. I opened my mouth to warn him I was going to scream, when out of nowhere, Chris was jerked backward and picked up by the collar of his Ghostbuster costume like a cub.

I took a step back, knocking over another person on the dance floor, letting out a surprised yelp.

The Monster himself was here, a dark horse holding Chris in the air, with a bouncer on either side of him. The college guy flailed, helplessly clutching to the collar of his costume to prevent himself from choking. 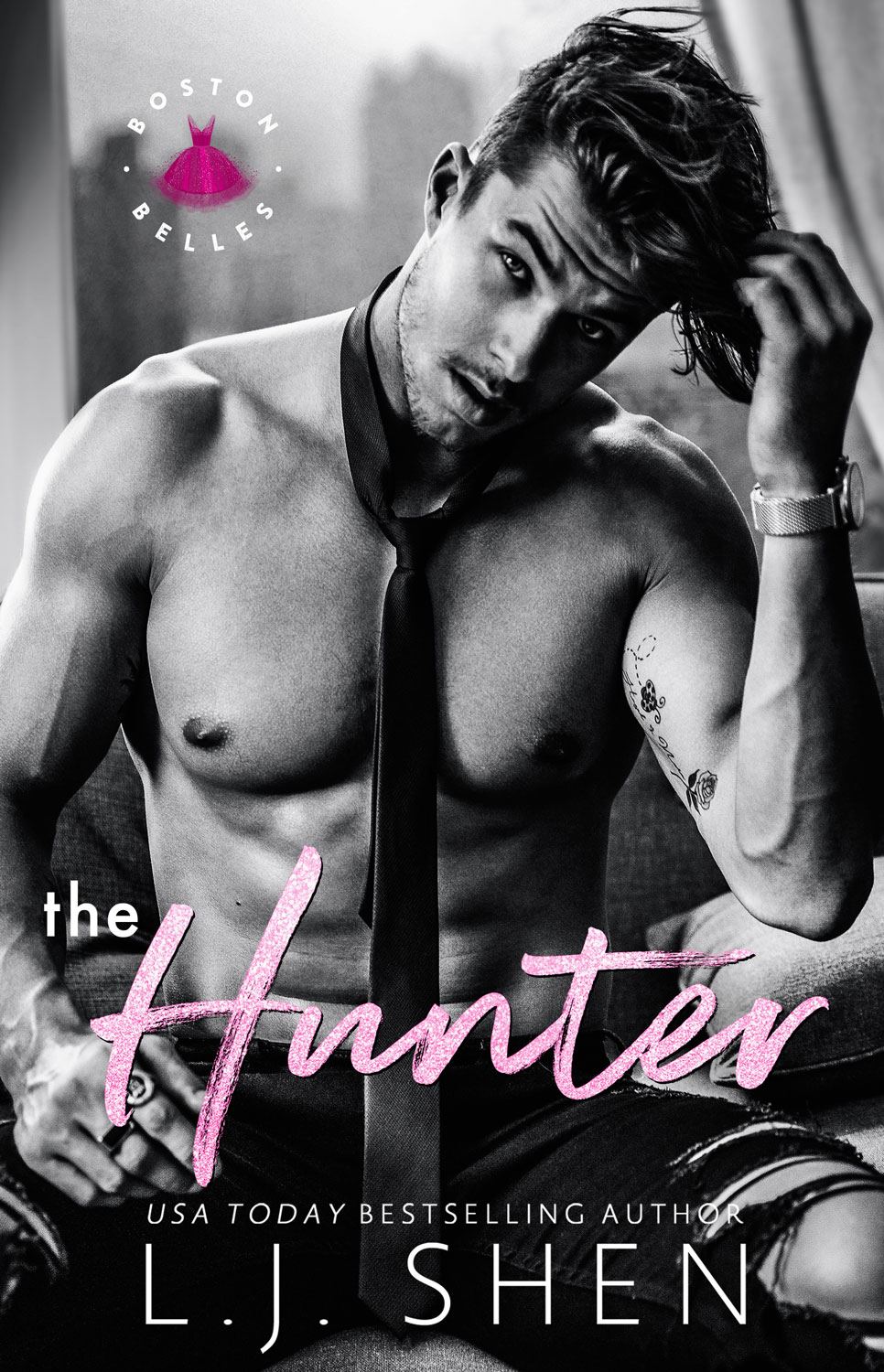 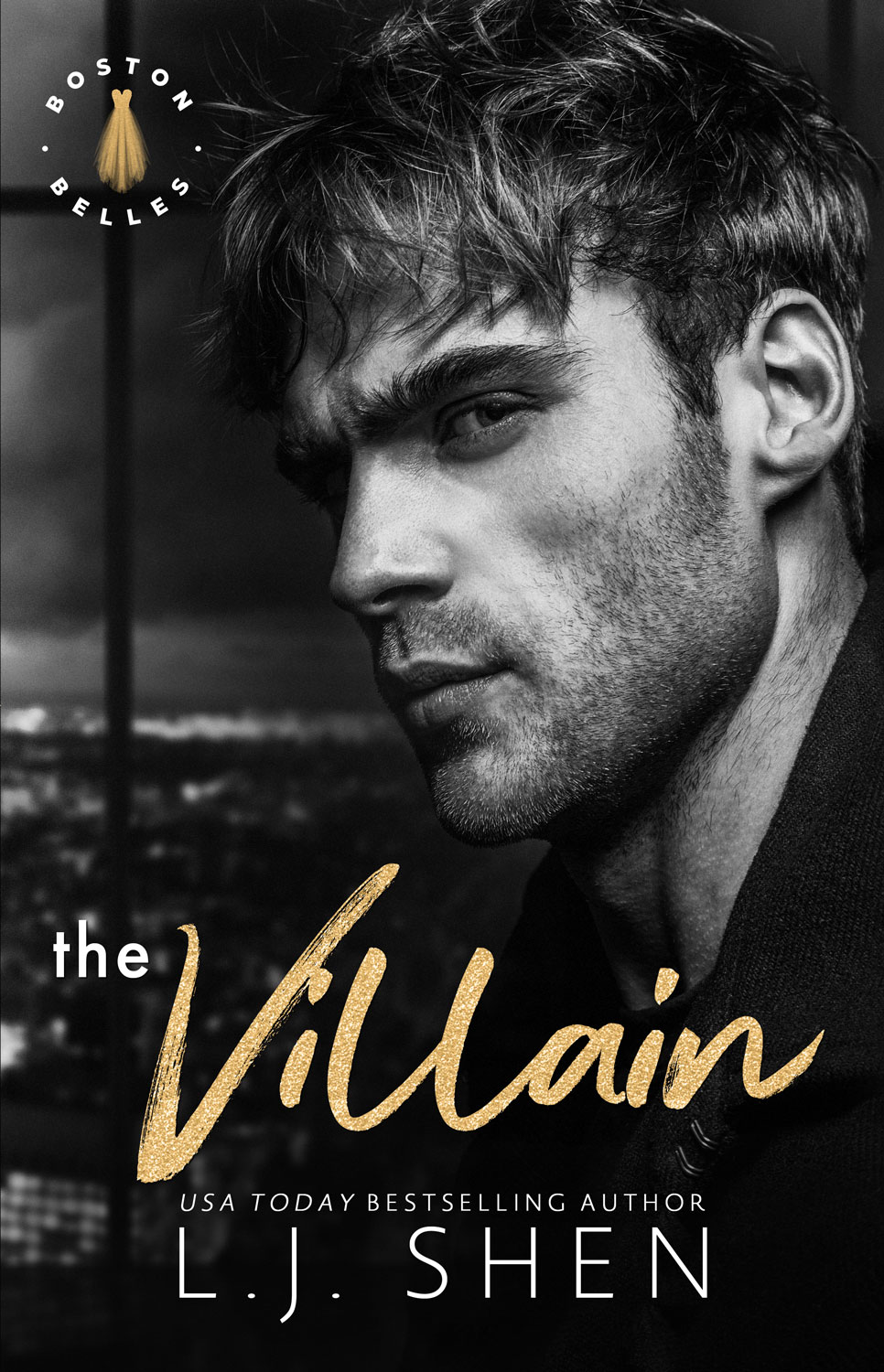 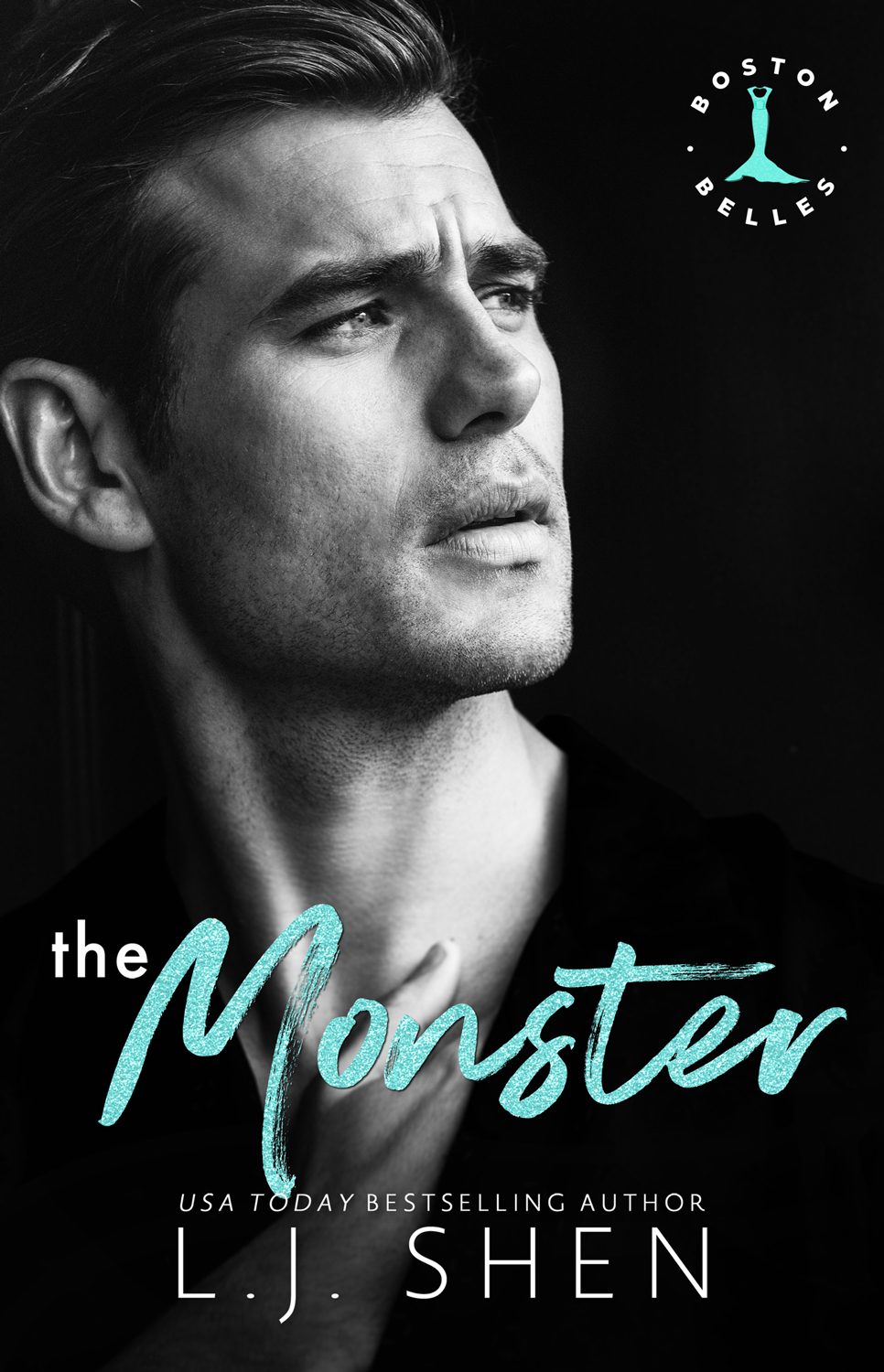 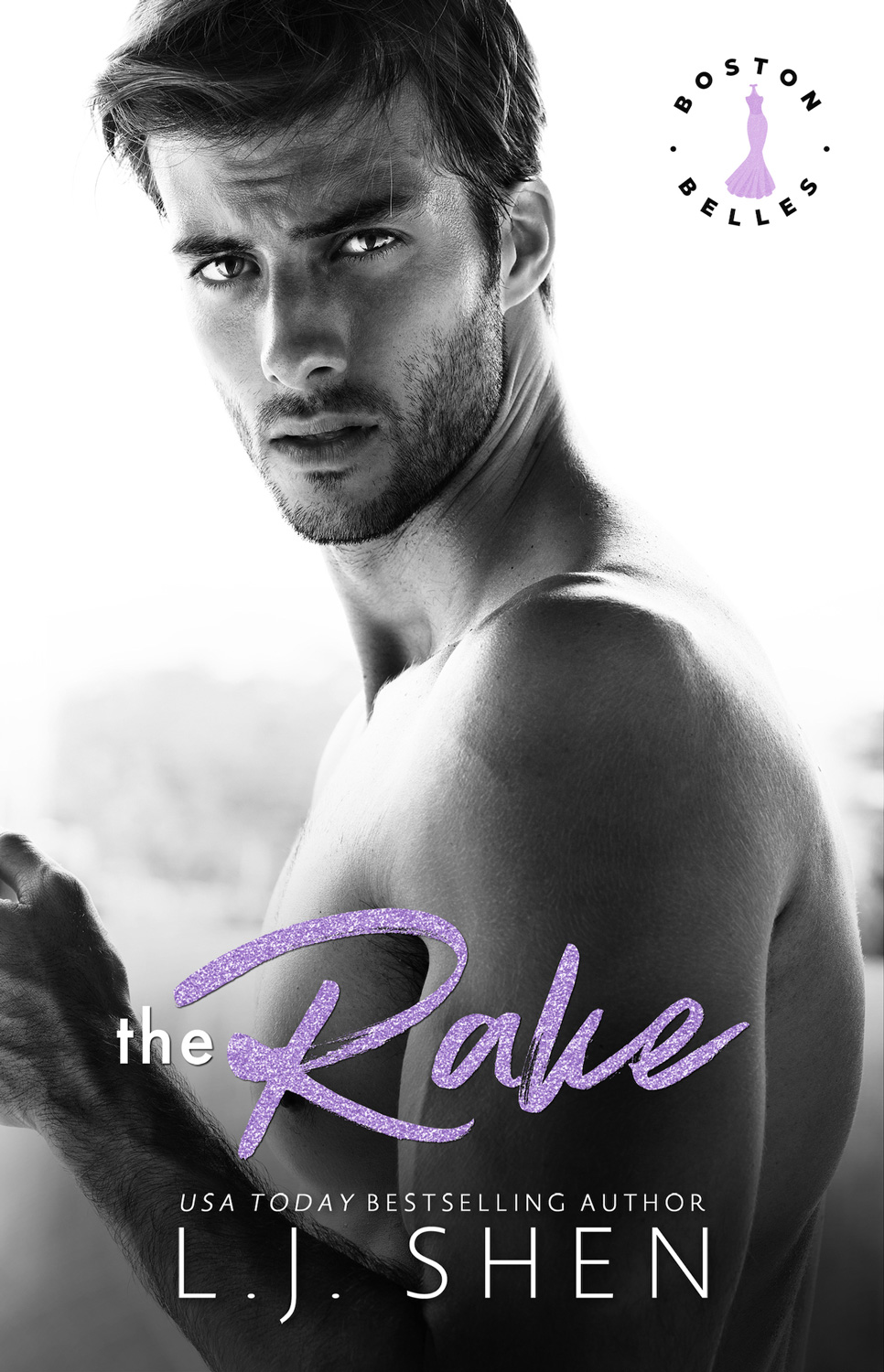