Sebastian “Bash” Vogel, the magnetic, cross-dressing CEO of AnaVoge, has long been a lone island when it comes to his personal life. Self-assured and playful, he’s never left wanting for suitors—but Bash isn’t looking for something permanent. He’s more than fulfilled with his company and his closest friends, and no one is going to shake up the status quo.

That is, until he’s thrown over the shoulder of one of Chicago’s finest and hauled out of a burning building.

Kieran Bailey, a sexy, hardworking lieutenant at Station 73, has been reaping the rewards of being crowned the city’s hottest fireman, which his crew never lets him forget. So many ladies, so little time. So when he rescues the latest damsel in distress, no one is more shocked than him to realize he’s played prince charming to another…prince.

But Bash isn’t like anyone Kieran has ever met, and soon his world is turned upside down as he becomes more intrigued by the enigmatic man that he can’t stay away from.

They’re from two different worlds. This could never work. But what if…they dared to try?

From Ella Frank’s Prime Time series and Brooke Blaine’s South Haven series comes an explosive spin-off of both worlds, and we have the cover of the first book in this sexy new trilogy. Sebastian and Kieran’s story will continue in Dare Me and Truth or Dare. 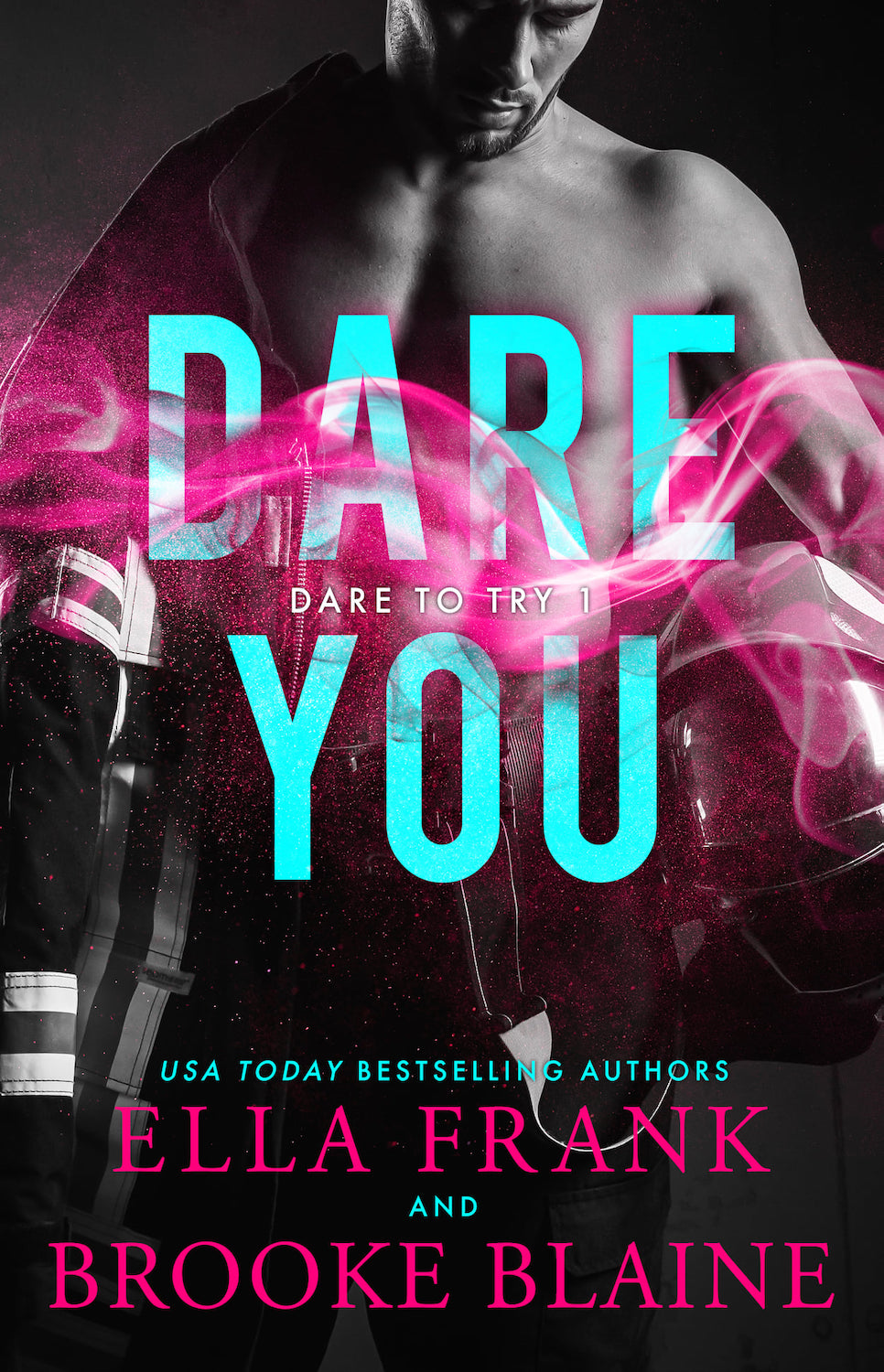 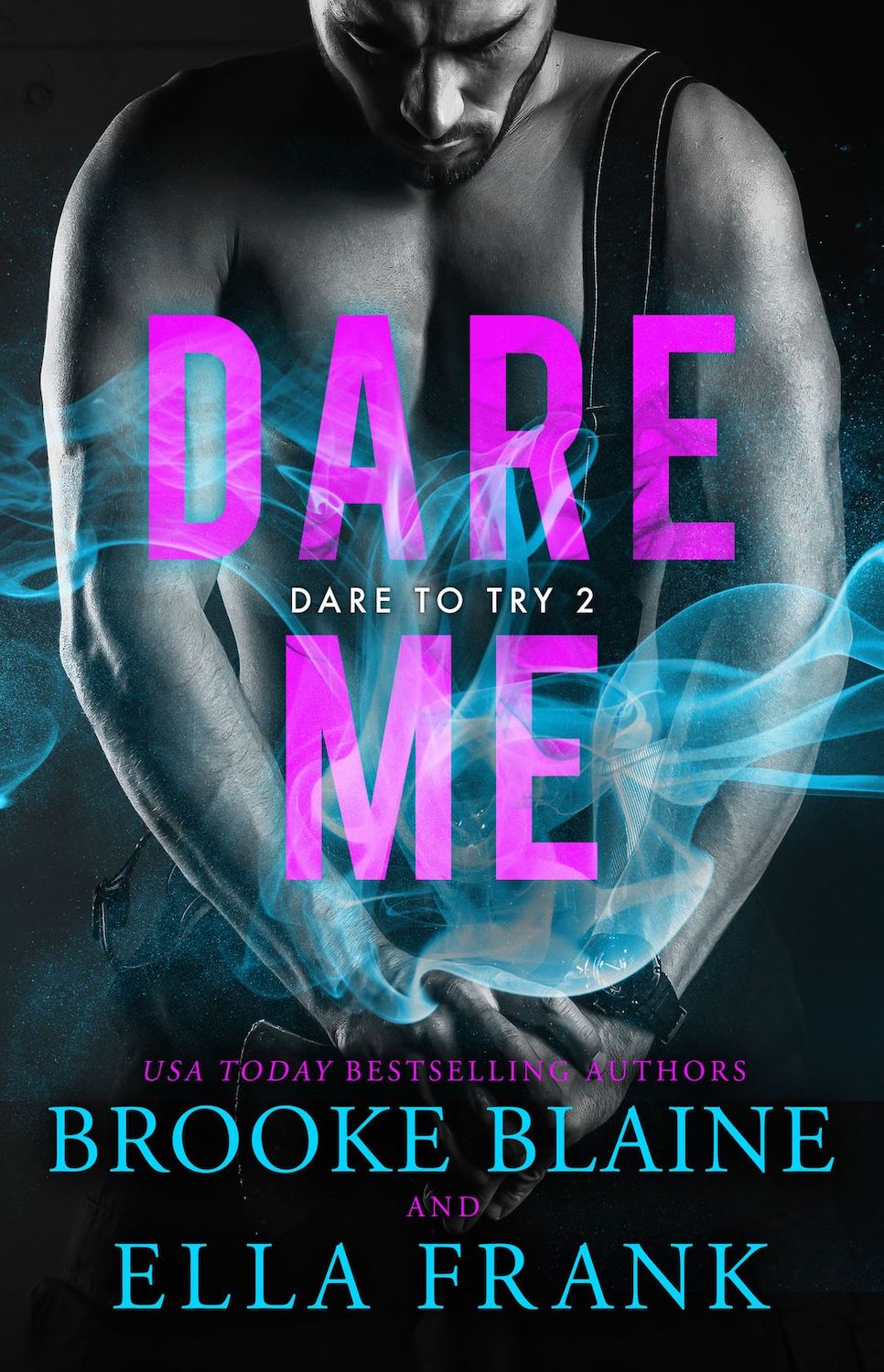 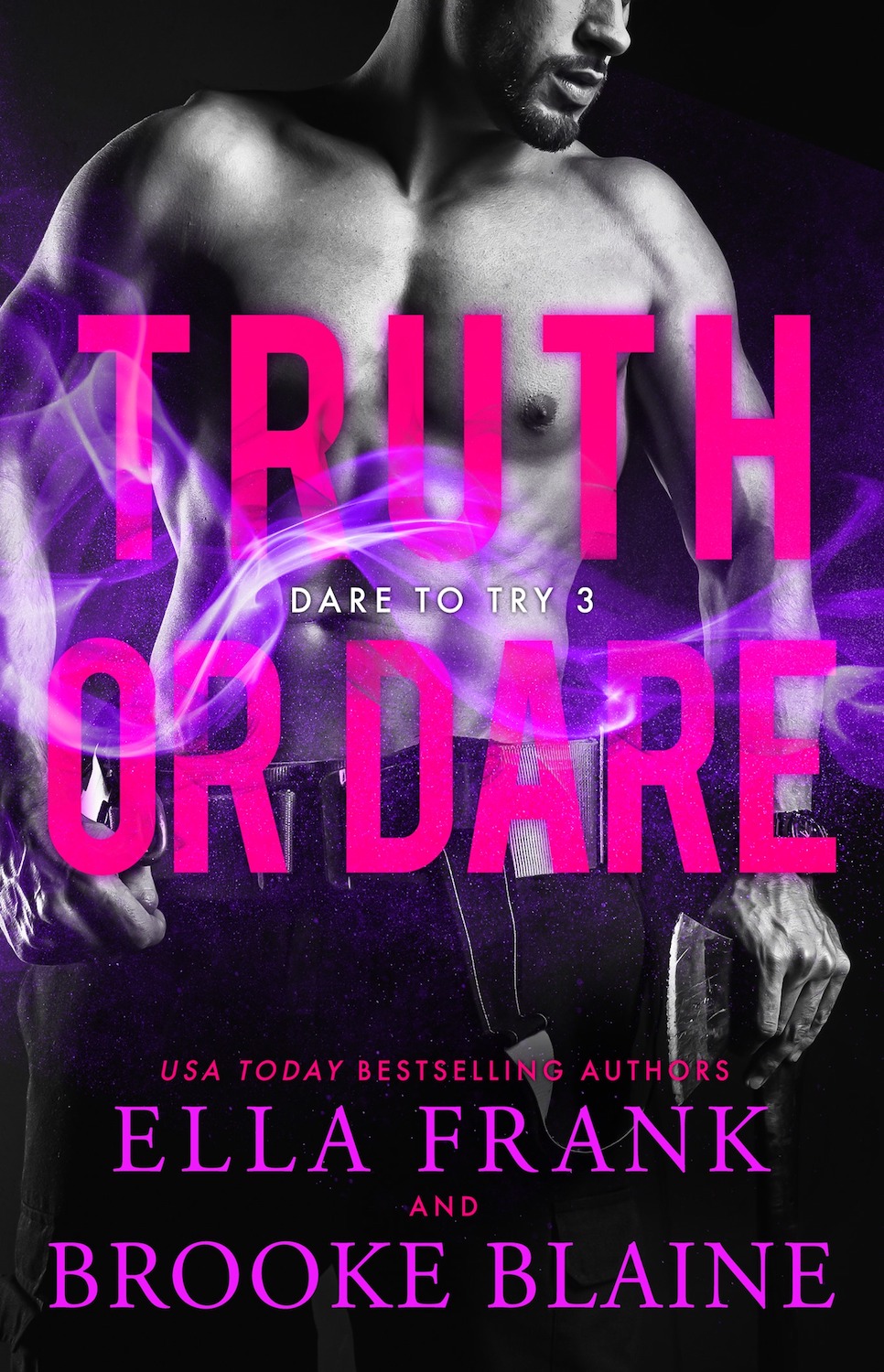 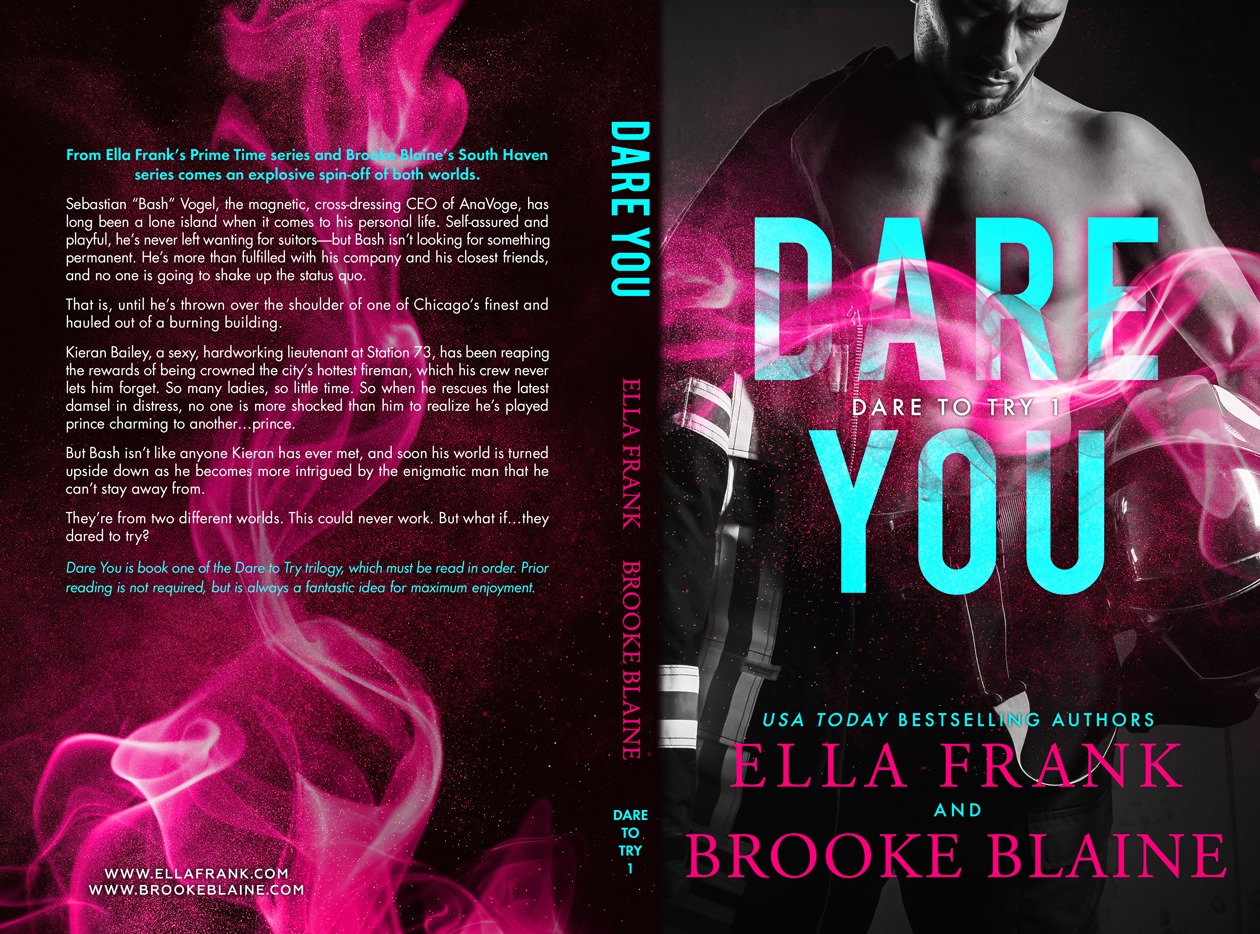