Luke
Love’s an anchor.
Responsibilities and lack of band success have kept him trapped. But now, with the band suddenly making it big and his family obligations gone, life is off the rails. Yet fame, women, and arena tours only go so far in helping keep his pain buried.
Until one of the most spectacular nights of his life comes back to haunt him. She saved his career, now she wants him to help save hers.

Willow
Love’s an illusion.
Everyone around her is out for what they can get, except a drummer who wanted nothing more than a steamy one-night stand.
Two blue lines later, she’s on the fast track to career destruction as America’s number one wholesome content creator.
Saving her reputation and collaborations will require a plan and a little social media fakery. Okay, a lot. Like twelve months of pretending to build a family with the rockstar of her dreams.

A baby. A fake relationship. And a million dollars. Is it the perfect arrangement to avoid responsibilities? Or a deal guaranteed to ruin them both?

EXCLUSIVE EXCERPT: How Good It Was

Manchester band Sad Fridays is a band on the edge. The edge of breaking up. The edge of making it big. The edge of killing one another on stage. The edge of falling in love when they least expect it. And I have a sneak peek for you from the third book in the series—a one night stand, accidental pregnancy, fake relationship romance—as well as a little note from the author:

“Hands up if you love a fake relationship! I do, and I so wanted to write a reversed fake relationship because it’s often the man who offers the deal. Coming up with a meaningful reason for a woman to feel the need to offer one, and creating a hero who accepts it, was the best and swooniest kind of writing challenge. Britney Spears’s situation has dominated the news. Such a talented young woman, who provided for her entire family, even as they kept her hostage in conservatorship. Inspired by her story, and that of Charli D’Amelio, who gained huge success, but also faced tremendous pressure to maintain a “perfect” social persona, I created American social media princess WIllow Warner, the heroine of How Good It Was. Willow’s father-turned-manager has manipulated her and stolen money from her, and Willow knows she needs to find a way out from under his control. But when Willow finds herself pregnant as a result of a one night stand with Luke, drummer for Sad Fridays, her entire wholesome platform and income is at risk. Luke, rockstar, borderline addict, and commitment-phobe, is the last person she actually wants a relationship with, but with collaborations, sponsorships, and a good girl image on the line, she offers Luke a deal. Pretend to love her and their baby for one year to help manage her reputation, and she’ll pay him one million dollars for his efforts. Oh, and there’s just one clause … don’t fall in love for real.” —Scarlett Cole

Luke flagged a taxi down and they climbed inside. “Okay. First, Willow Warner. It’s a terrible idea leaving with a stranger. We really need to know each other by the time we get to the hotel.”

Willow turned in the seat. “How do you suggest we do that?”

Expecting him to make a move, to touch her or kiss her . . . anything that would introduce them physically, he shocked her by leaning back in the seat. “We bypass all the boring stuff. Like, does it matter if you know what my favourite colour is? Here’s my first question. If you can only take one memory with you when you die, which memory would you take?”

Wow. She wasn’t expecting depth. “I don’t know. Maybe . . .” She tapped her lip. What about the time she passed a hundred million subscribers? Or perhaps it was the first movie she’d starred in—

“Warner. Get on with it. We’ll be there before you answer. Gut answers only. What memory?”

“I know. A day at the beach in Malibu, with my best friend, Riley, and her French bulldog, Tallulah. She dug so many holes she fell asleep on the blanket and snored for an hour.”

“Tallulah, obviously. What about you?”

“The Christmas I got my first drum kit. Still have that kit in a cupboard at home. Okay, next question. What’s on the top of your bucket list?”

“Umm. Oh, these are tough. I want to take the Trans-Siberian Express from Moscow to Vladivostok. It’s the longest direct train journey in the world, I think.”

Luke raised an eyebrow. “Hmm. Adventure. Okay, I want the band to make the cover of Rolling Stone. You ask one.”

“If you think books are boring, we can’t be friends.”

“Do you have to be friends to be lovers? Oh, shit. That’s a good question. Do you?”

“Why do I always have to answer first?”

Luke grinned. “Fair point. No. You don’t. You have to be attracted to someone.” He ran his fingertip along the neckline of her T-shirt, across the rise of her breast. “There needs to be a spark. Something simmering. But friends? No.”

Her brain was shouting yes, but the sensation of his finger on her skin and the way his voice rumbled was short-circuiting her decision-making functions. “I think it helps.”

Luke removed his finger. “Fair enough. You need bail. Who do you call?”

“I could pay my own bail and not have to bother anybody.”

“Fair play. I like a financially independent woman, seeing I’m practically broke. I’d call Alex. He couldn’t afford to bail me out on his own, but I’d trust him to raise bail by getting everyone to chip in.”

“But all that,” she said, gesturing back toward the stadium.

“Huge misnomer that bands with record deals are swimming in cash. What you did for us was incredible, using our song like that in one of your videos. You’ve no idea how much it helped us. But we are a long way from being loaded. We’re all up to our eyeballs in debt we need to pay down. Fingers crossed that will improve once the album is out.”

“What one line someone has said hit you the hardest?” she asked.

Luke opened his mouth to speak, and then closed it, before rubbing a hand over the bridge of his nose. “He’s gone, Luke.”

“Luke.” She reached for his hand and squeezed it.

“Good question,” he said briskly, obviously not wanting to dwell on his answer. “You?”

She remembered the agent who had dropped her at thirteen. “Perhaps if puberty had been kind to her, she would have been fine, but look at her.”

“Someone who doesn’t matter.”

They pulled up outside the hotel, and Luke paid before he climbed out and took her hand. The street was quiet as the cab drove off. Willow darted for the door, and he followed her inside the lobby.

“Wait,” Luke said, stopping her from heading to the elevators. “I want to tell you what I know about you.” He cupped her cheek, and she pressed a kiss to his palm. “You’re at your happiest with sunshine, friends, and dogs who snore. The simple things in life are more important than things money can buy. But you have an adventurer’s heart. You want to travel and see the parts of the world less travelled. You want to escape the mundane. You love to read, which I won’t hold against you. You’d prefer there to be more than just lust before you sleep with someone. You’re independent in what you want to do and the funds you need to do it. But you’re lonely. Because if you really needed to be friends with someone to sleep with them, you wouldn’t be here with me. And maybe that lack of confidence comes from some dick-for-brains judging your looks for who knows what reason.”

For a moment, Willow was speechless. She was happy when there was simplicity. And she did want to escape. Escape the life her dad had created for her where she pumped out content like a machine. All of it. Her social media platform had helped overcome some of her insecurity, but she was lonely. “How did you . . . ?”

“What do you know about me?” he asked.

She thought back to his answers. “Your music is important to you. Your favourite memory is your drum kit, and you aren’t selfish, because your bucket list was something for the band to achieve, not just yourself. That feeling is reciprocated by the rest of the band, because Alex would help the others organise your bail, and you know you aren’t on your own. You don’t like reading, which I suggest is because you were always an active child. It takes a brave parent to buy a child a drum kit. And I’m guessing the words that killed you was that someone. Music, love, family, loss, parents are all interconnected. Which is also why you believe friendship isn’t necessary for sex. Because, then, feelings don’t get involved.”

Luke leaned forward and brushed her lips with his, gently at first, then more deeply as his tongued touched hers. “We aren’t strangers anymore.”

“Are we friends enough?”

She knew more about what was important to him than anything about the friends she hung out with at home. “Yes.”

“You still want to go to your room with me?”

“Good.” He led her to the elevator, and she pushed the button. When they stepped inside, he gripped the back of her neck. “You want anything to stop, you just tell me. Okay?”

“Tell me three things you like in bed, Will.”

Luke grinned, his dimples popping. “Both. But I’m defo interested in the latter.”

“I want someone who won’t treat me like glass, someone who pushes me. I want something rough and dirty, not chaste and clinical.” Her cheeks burned with heat as she looked down at the floor.

“I don’t know what else to say. I feel like I’ve never had mind-blowing sex.”

“You want the kind of sex that leaves you breathless and sweaty and hanging halfway off the bed. The kind of sex where you fight to get closer or deeper. No matter how hard you try, you want more. Within minutes of it being over, you can’t wait to do it again. You want to feel stripped down raw, like your soul has been ripped out of your chest.” Luke put his forefinger beneath her chin and tipped her face to his. 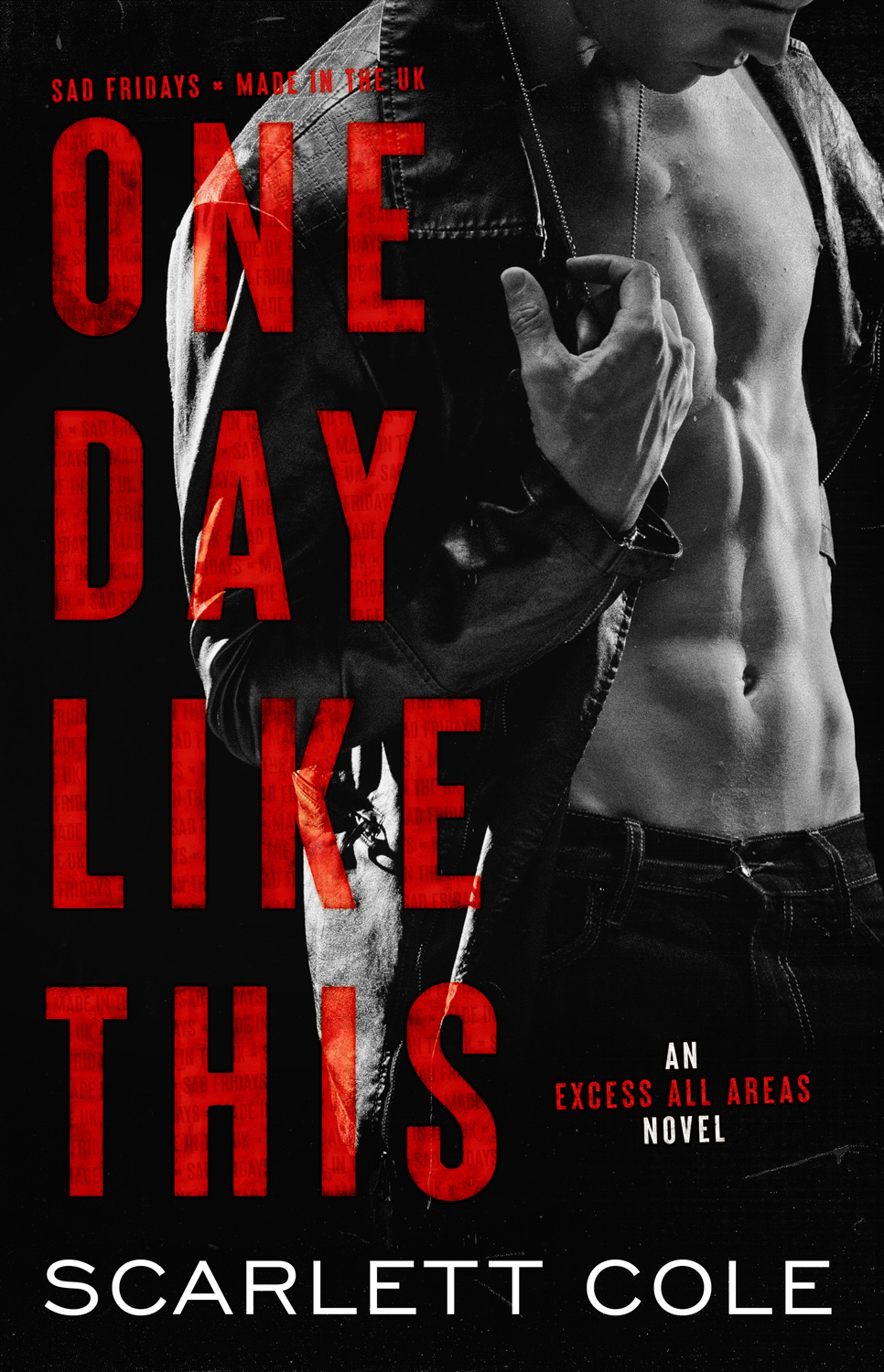 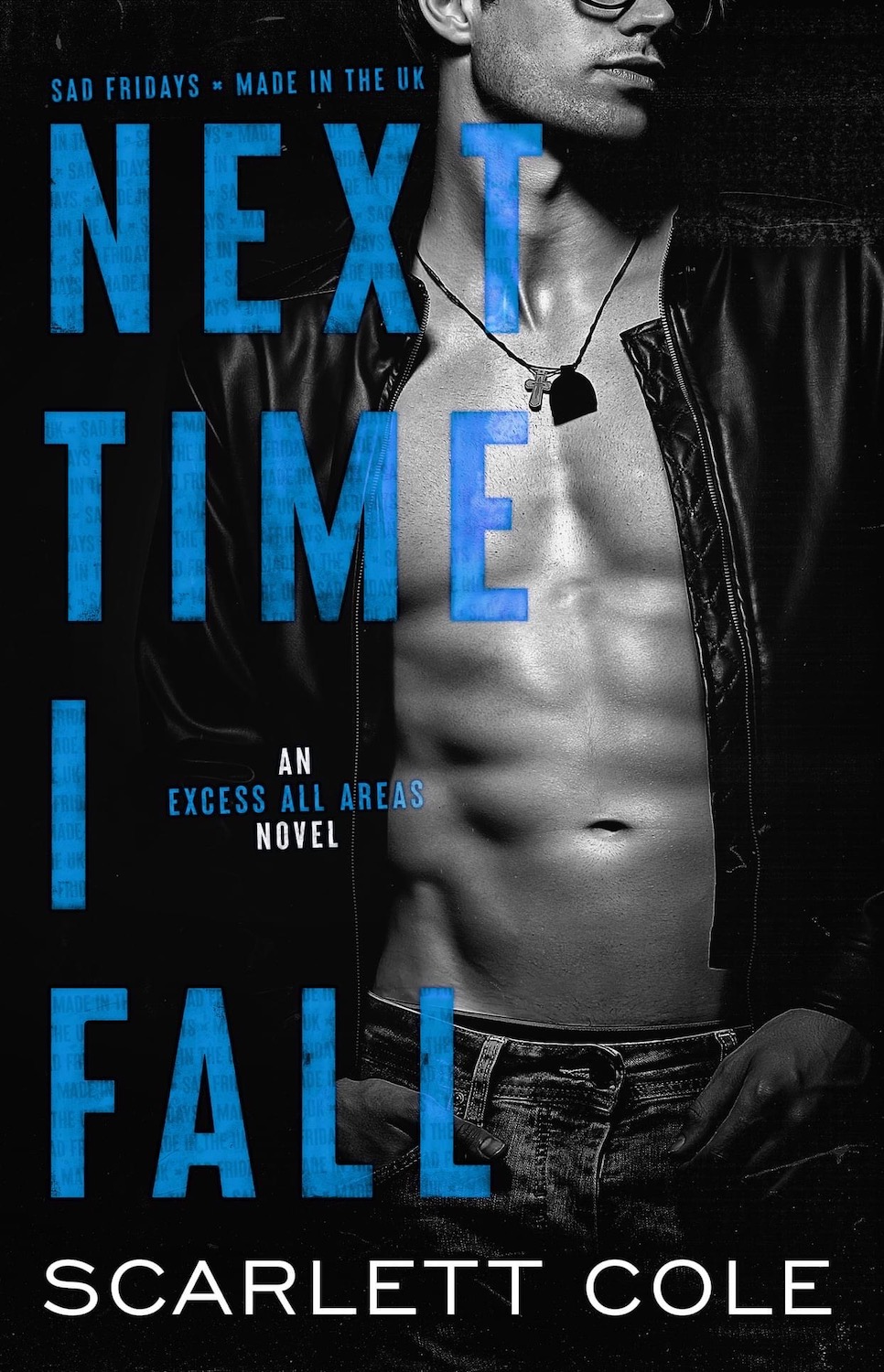 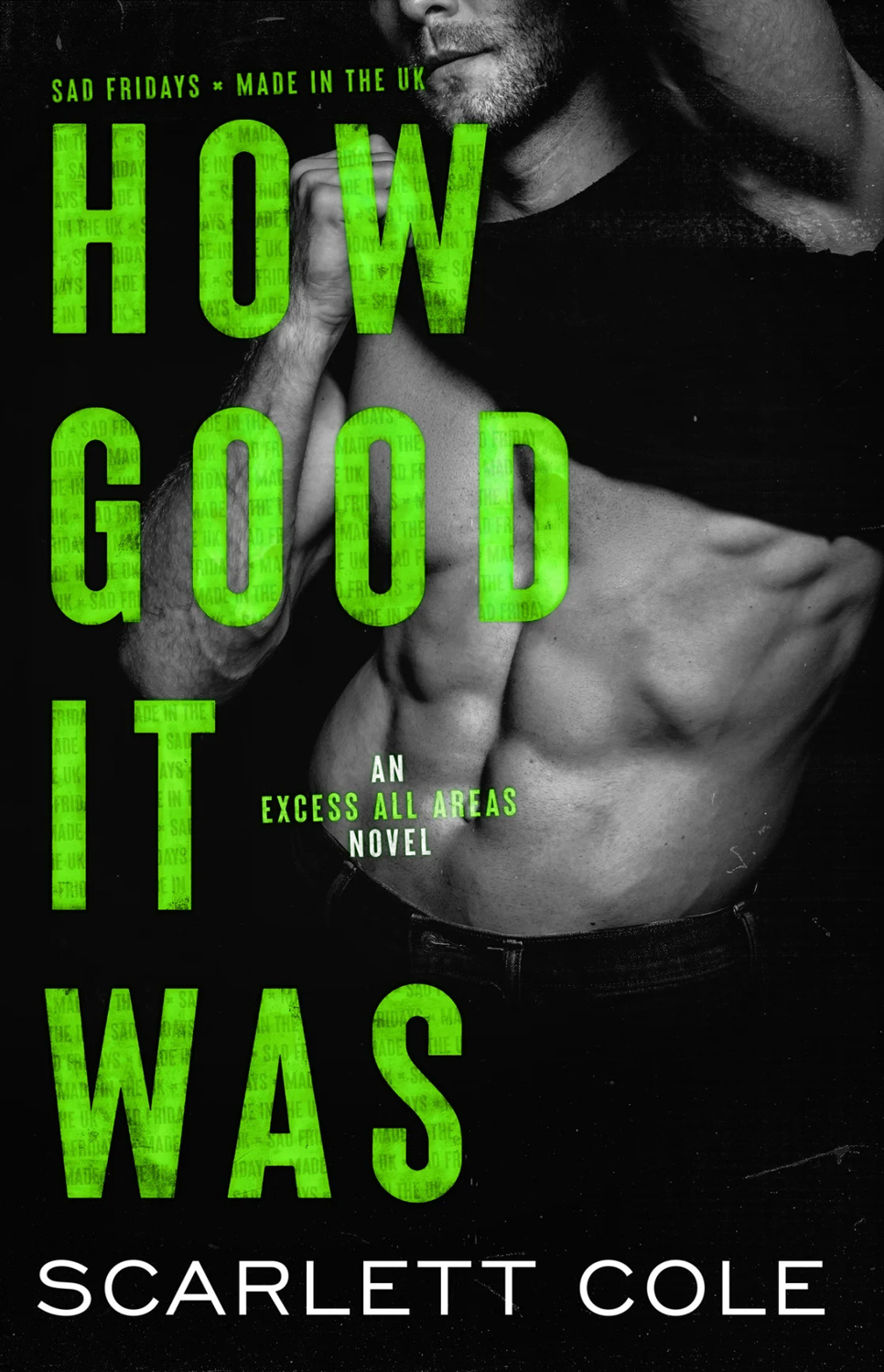 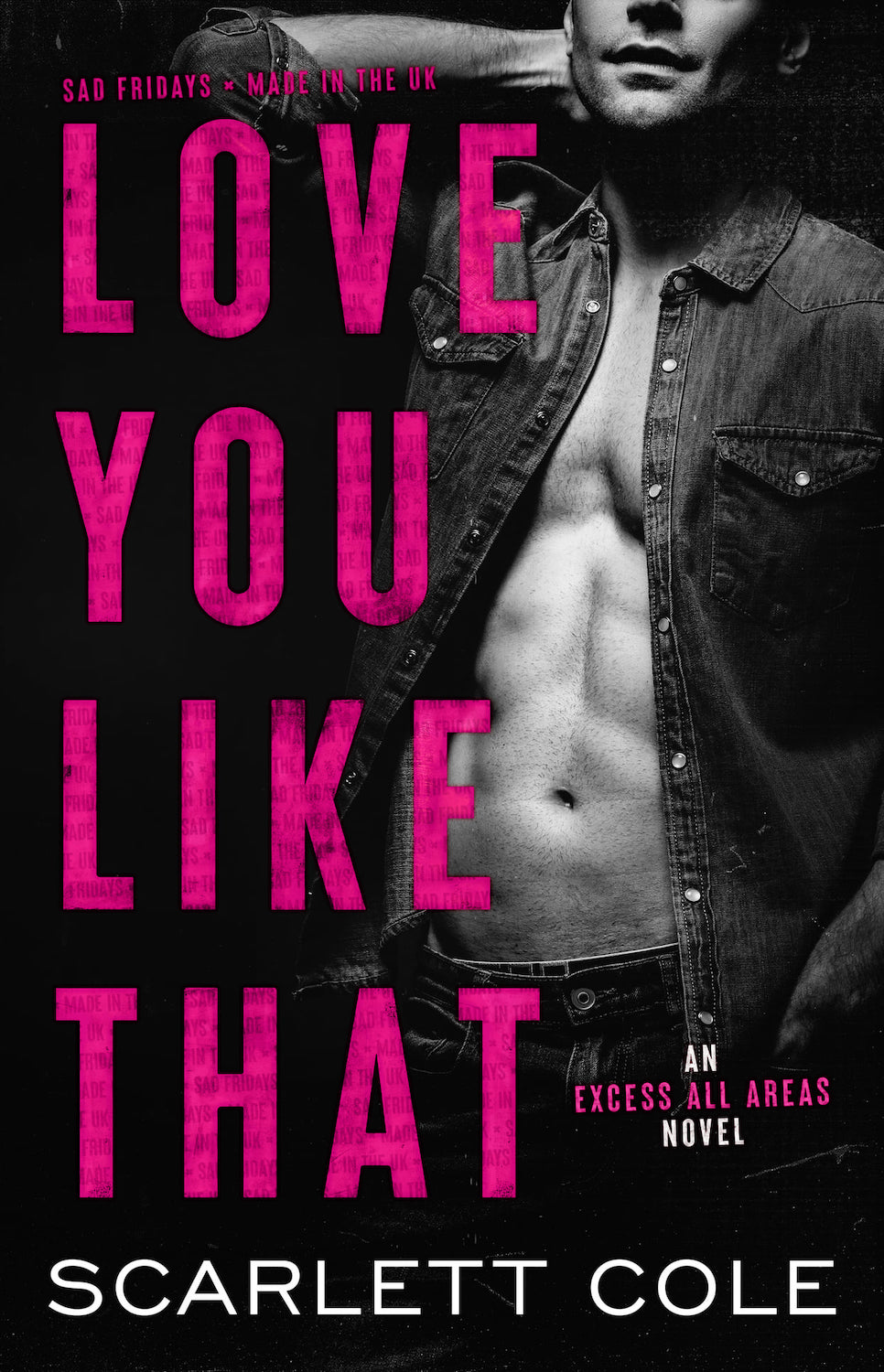 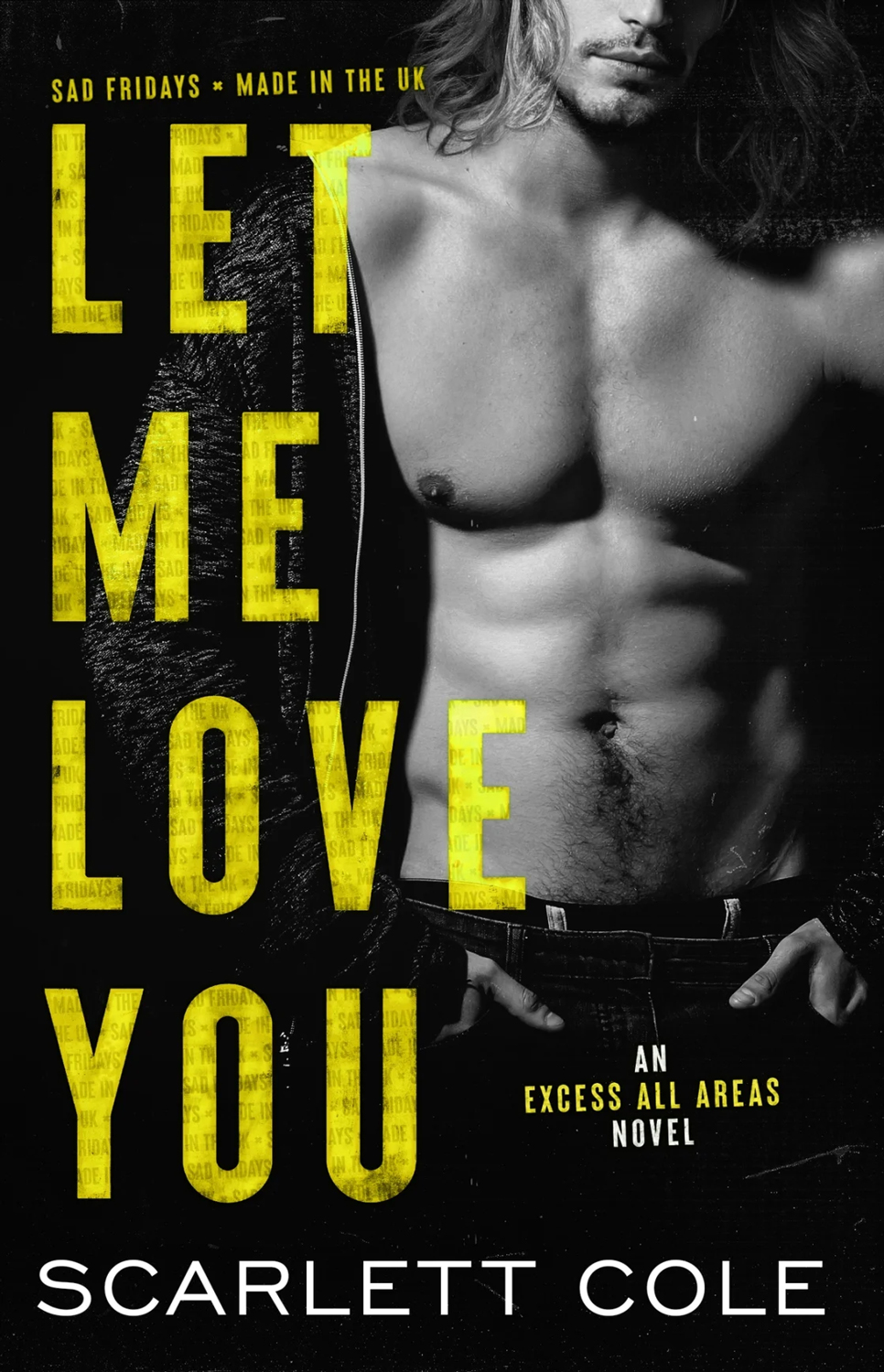 Donna Grant’s Dragon Kings series continues, and we have the cover of the next instalment! NBJ WEEKLY RECAP – 22 Feb 2022

You are the absolute best for sharing this. Thanks for letting me stop by your blog today. It’s always such a thrill, because I used to get all my recommendations from you, long before I was an author!