Logan Murdoch is a fighter, a survivor, and a provider. When he leaves a distinguished career in the Marine Corps to work security at a luxury beachfront resort, he’s got one objective: pay his father’s mounting medical bills. That means Connor Harcourt, the irresistibly handsome scion of the wealthy family that owns Sapphire Cove, is strictly off limits, despite his sassy swagger and beautiful blue eyes. Logan’s life is all about sacrifices; Connor is privilege personified. But temptation is a beast that demands to be fed, and a furtive kiss ignites instant passion, forcing Logan to slam the brakes. Hard.

Haunted by their frustrated attraction, the two men find themselves hurled back together when a headline-making scandal threatens to ruin the resort they both love. This time, there’s no easy escape from the magnetic pull of their white-hot desire. Will saving Sapphire Cove help forge the union they crave, or will it drive them apart once more?

“I don’t want to be with someone I’m not afraid to lose.”

C. Travis Rice, Christopher Rice’s new writing alter ego, transports the reader to a luxury beachfront resort nestled in the rolling coastal plains of Southern California, where two men find true love amidst scandal and heightened family drama. Filled with rich imagery, all the sizzle we could ever hope for, and just enough angst to make our romantic hearts skip a beat or two, this novel rises up around you like a tide, slowly and seductively, but it is Rice’s beautiful prose, refined yet fiercely witty, that pulls us under its spell.

When his father falls on hard times and sacrifices have to be made, twenty-seven-year-old Logan Murdoch does not even hesitate to leave a distinguished career in the Marine Corps in favour of a better paying job as security guard at Sapphire Cove, one of the swishest resorts in Southern California. On his first day there, he meets Connor Harcourt, only grandson of the owner and nephew of the hotel’s general manager, and sparks immediately fly between them. In a dark sea cave, with only the moonlight to bear witness to the moment, they share a single kiss—a perfect kiss that leaves them breathless and promises more. But Logan is a man driven by an unwavering sense of duty and self-sacrifice, and as much as he wishes things were different, he knows that a romantic entanglement with the young Harcourt heir could cost him the job he so desperately needs. So, he lets reason prevail over passion, and he nips any thoughts of romance with Connor right in the bud, never imagining that five years would pass before he would see Connor again.

It was a fantasy. And a guy like him, a guy in his situation, wasn’t allowed fantasy.

The day Connor Harcourt walked away from his family’s money to make his way in the world was the day he said goodbye to Sapphire Cove. Five years later, we find him happy and successful in New York City, until one phone call changes everything. With the resort at the centre of a blackmail scandal, he is summoned back home to save his family’s legacy from imminent ruin. But it is not the media circus or the FBI investigation or the family trust attorneys breathing down his neck that catches him by surprise on his return—it’s a tall, gorgeous security guard still working at Sapphire Cove who appears to have never gotten over him.

“I would leave before I’d hurt you again.”
“It was just a five-year-old kiss,” Connor lied.
“Apparently not.”

With danger still looming over their heads, Connor is forced to rely on Logan for protection and safety, a job Logan is only too happy to be entrusted with. The more time they spend together, the more they realise that this might be their second chance at something they never got to truly explore five years before. But just as Connor begins to embrace his place in a legacy he’s decided to fight for with all his might, standing strong next to the man he loves, the future of Sapphire Cove could end up costing them everything.

“Sapphire Cove has never been the reason I want you, Connor Harcourt, but somehow it always turns into the reason I can’t have you.”

There is something incredibly comforting about a love story that does not rely on unresolved misunderstandings or underlying tensions that could be solved with a simple conversation between the characters. Instead, every single obstacle that stands in Logan and Connor’s way as a couple is overcome through open communication and emotional expression. The characters make a choice to be together, and they work relentlessly to build the kind of relationship that can weather any storm. Christopher Rice is thorough in his deeply personal exploration of love, desire, and sexual identity, and I still feel warm every time I think of these characters, or the loving way the author brings them to life.

[…] we find what we most need while answering calls we at first resist. 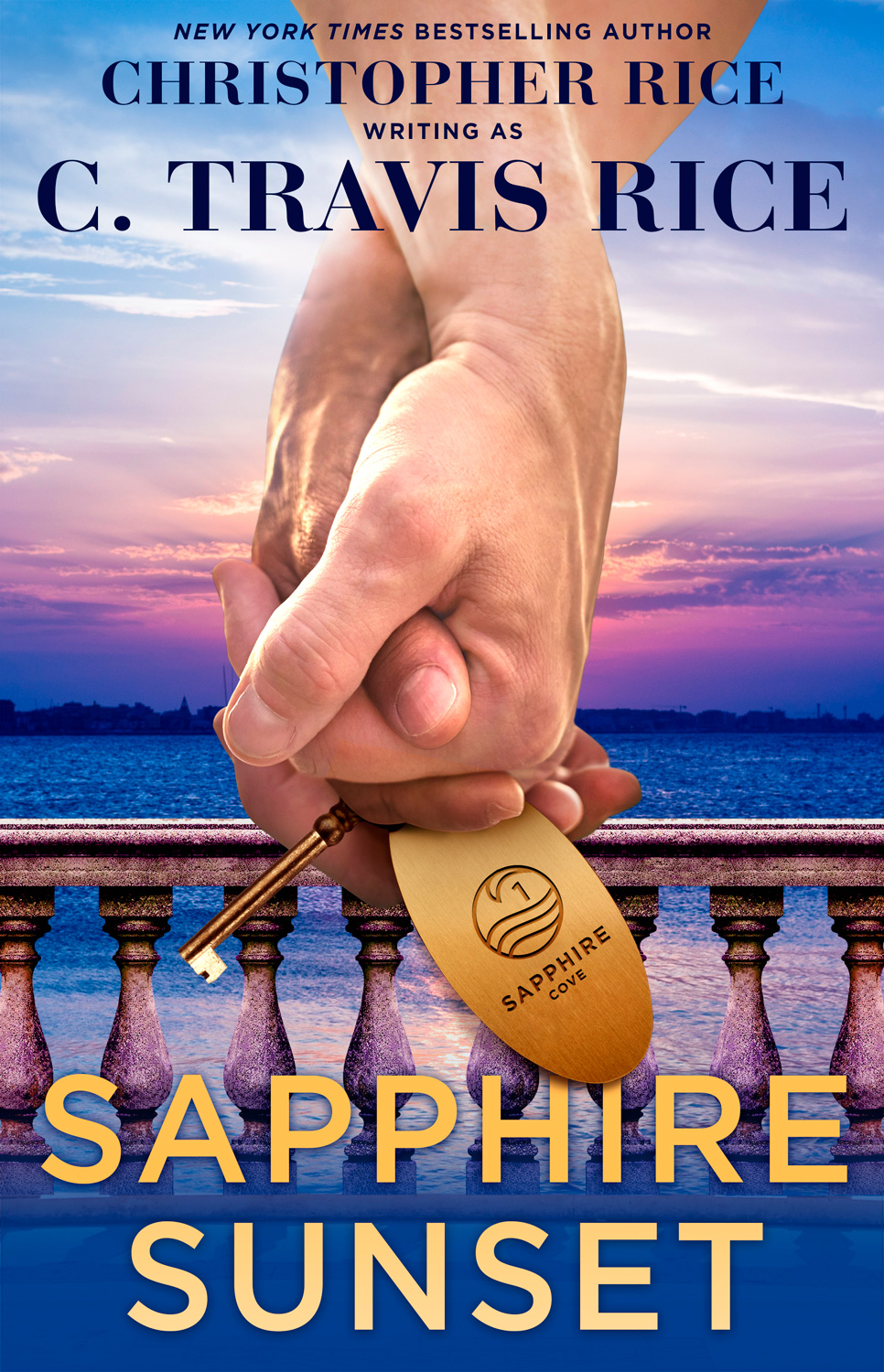 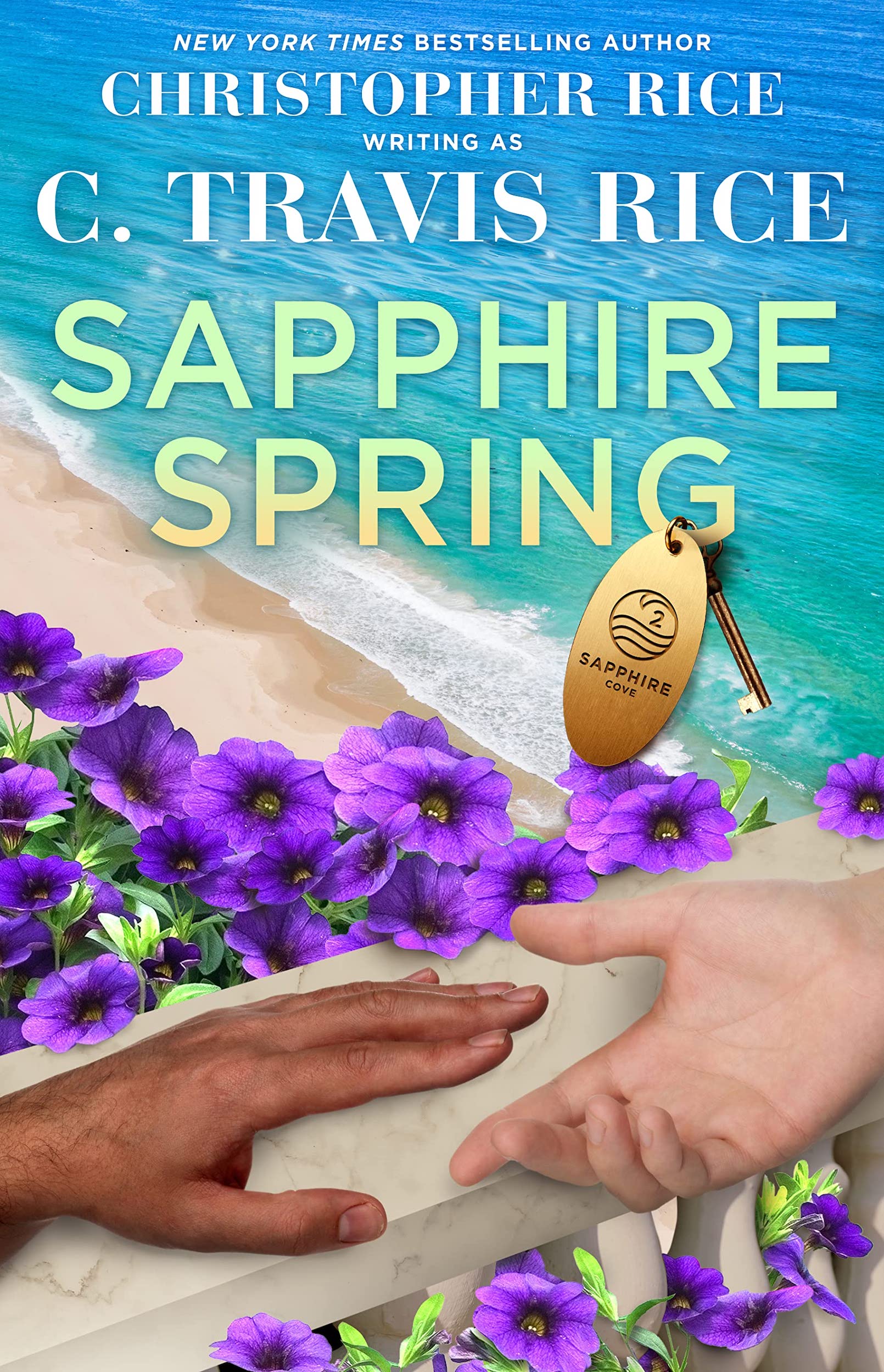 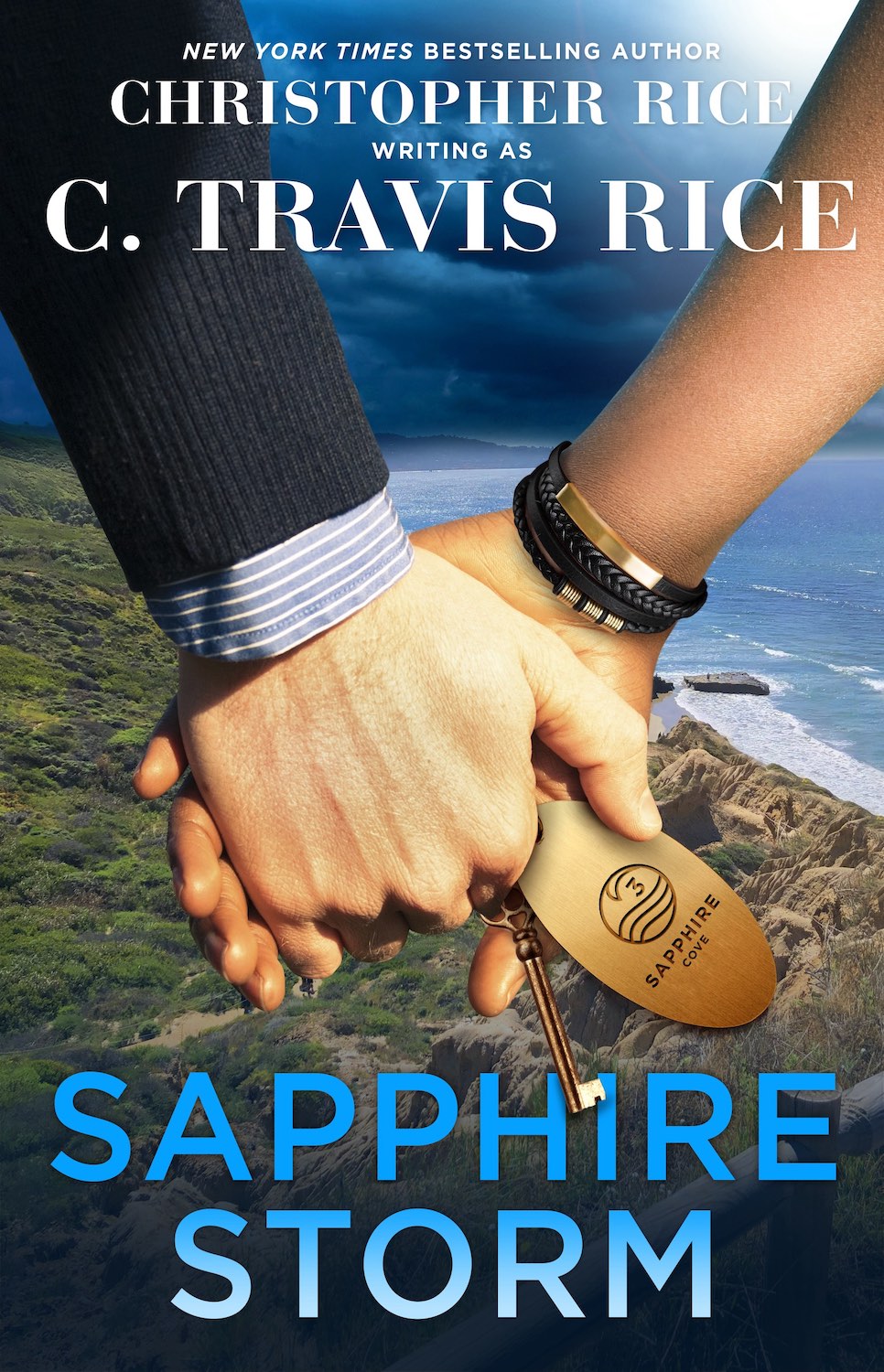