Teagan Firestone has always been the dutiful daughter, especially since her mom died. But as her father finally begins to move on, it’s her turn to do the same. Her destination: Pearl Lake, a close-knit community with an entrepreneurial spirit and secrets of its own.

One of them is Aaron Saunders, who dropped out of college to work construction for Pearl Lake’s upper class. He’s a mystery and has a playboy reputation—that is, until he meets Teagan. Neither one of them is looking for love, but in a town this small, it’s hard not to let your heart get involved.

As their romance heats up, Aaron’s elusive past comes to light, and Teagan is there for him, bringing them even closer together. But when Teagan is forced to face her own demons, her inability to accept the support of friends and family threatens the life she’s worked so hard to build.

Can Aaron love her, even when she can’t love herself?

EXCLUSIVE EXCERPT: Love on the Lake

A gutsy heroine confronts family secrets and personal struggles in the second book of Helena Hunting’s Lakeside series, and I have a sneak peek for you.

His shoulders are broad, and his chest, defined and thick, has a smattering of that dark-brown hair. His abs ripple and his thick biceps flex as he yanks the giant headphones off. His worn, paint-splattered, and tattered jeans hang low on his hips and are dragged farther down by the tool belt around his waist, exposing that glorious V of muscle, which leads my eye south to the magic wand that is hidden behind his fly.

He will absolutely be starring in my fantasies in the very near future.

Except he won’t be angry like he is now.

I quickly drag my gaze back up so I’m not ogling him anymore.

He tosses the huge headphones on the floor. His gray eyes are a storm of shock and annoyance. He motions to the saw at his feet. “I could have cut my fucking foot off!”

“Why would you use your foot to balance the wood anyway? Isn’t that unsafe?” What the heck is wrong with me? Since when do I talk back to people I don’t even know? But as I look between him and the saw, I realize I have met him before.

I made an ass out of myself then too.

“Are you fucking serious? Rule number one in construction: always, always make your presence known when someone is handling power tools.”

“You were wearing headphones. How was I supposed to make myself known when you can’t even hear me? Especially over the sound of that thing.” I point at the electric saw thing lying on the floor.

“Those aren’t headphones, they’re ear protection! And all you had to do was knock loudly and say hey, and I would’ve heard you just fine. The banshee shriek is unnecessary.”

“Did you not see the truck parked in front of the garage?” He shakes his head and mutters something I can’t hear. “Who are you even? And what are you doing up here?” He holds up a hand when I open my mouth to speak. “Wait. Let me guess: you’re that new lady from the city that they hired down at the planning department, aren’t you? I have permits for everything, so you’re wasting your time. You can take your Gaucho-Parade-designer-clothes-wearing butt right back out the door.” He points to the door, one thick eyebrow raised.

Gaucho-Parade? Is that some Pearl Lake insult? “My butt does not look like a parade.” I pat my bottom, offended, trying to decipher his meaning. Maybe he’s referring to Gucci and Prada, neither of which I’m wearing. “And I’m not from the bylaw office. I’m Teagan.”

“Is that supposed to mean something to me?” He gives me a look I’m all too familiar with.

It’s the one the girls I used to hang out with back in Chicago gave me after Troy broke off the engagement and told me that he and Portia were together.

The one that said that they couldn’t wait for me to go away. That they wanted me gone.

Way to make an even worse second impression than the first one, Teagan, I mentally chastise myself. I’m already embarrassed over the fact that I’ve scared the crap out of him and could have accidentally caused him to lop off a limb. Now I get to add the humiliation of him not remembering me at all.

I thought our first introduction was pretty memorable, considering how awkward I made things when I told him he had basketball-player hands and made him compare our hand sizes. And when he told me he liked football, I made an even more awkward comment about how much full-body hugging there was in that game.

“I’m Donny’s sister. We met last year.” I’m not sure reminding him of our previous meeting is going to help my case at all.

“Huh?” He stares blankly at me.

I remember that I’m the only one who calls my brother that, and that it’s not his favorite nickname. “Van’s sister,” I amend. “Last fall. We met. Very briefly. In the driveway.” I motion toward the door, as if that’s going to help. “You’re Aaron. You work with Van’s fiancée, Dillion.”

His eyebrows lift with something like surprise, maybe because I remember his name and he apparently doesn’t recall our introduction at all. “Sorry, I got a shit memory.” He rubs the back of his neck and glances at the door. I can’t tell if he’s thinking about doing a runner or what. But I can say that it makes his biceps flex enticingly.

I wave away the comment and try to do something other than ogle his muscles. “It’s fine. Like I said, it was very brief. Anyway, I’m Van’s younger sister. He said this place was eighty-five percent finished and that I could stay here for a few days.”

“It will be when I’m done laying the floor.” He motions to the planks lying at his feet.

“Great! That’s just great.” I want to do something with my hands, like run them over his chest, so instead I clasp them in front of me. “I don’t want to intrude, you know, what with them being recently engaged and all. I know they’ve renovated the cottage, or maybe that was mostly you?” I don’t wait for him to answer; instead I barrel on, powerless to stop my mouth. “Anyway, the walls are thin, and I don’t need to hear things I shouldn’t.”

“Right.” Based on his arched brow, that last part was something that should have stayed inside my head.

“I’m going to grab my bag.” I thumb over my shoulder.

“Knock yourself out.” He turns away, bending to pick up the plank he dropped when I first scared the crap out of him.

In the short time it takes for me to drag my suitcase inside—Aaron does not offer to help—he’s covered up all those incredible muscles and his pretty tattoos with a threadbare T-shirt. I put a few things away while he works on the floor.

I know I should probably leave him alone, but for whatever reason, I seem to be compelled to try to make him talk to me.

“How long have you been doing this?” I ask once he’s finished cutting another piece of flooring.

“This particular project or this in general?” He taps the board in with a rubber mallet until it clicks.

I wait until he’s finished with the saw again before I clarify. “This in general. Have you always worked with your hands? It’s obvious you’re really good with them.”

I get another one-word answer: “Yeah.”

Instead of being deterred, I keep asking questions. People love to talk about themselves and what they’re interested in and passionate about. So it should, in theory, make him more likely to give longer, more detailed responses. And for a bit it does. He starts going on about the difference between engineered hardwood and regular laminate and how this stuff is better. I have no idea what any of what he’s saying means; all I know is that he’s talking and I get to stare at his pretty face and listen to his voice.

At least until he abruptly puts an end to my Q&A session. “Look, Teagan, I get that maybe you’re bored or whatever, but if you want to have a floor that isn’t plywood, you gotta stop with all the questions. I’d like to get this done before midnight.”

It’s not that I don’t understand that he needs to finish what he’s working on. It’s how quick the shift is and how sharp his tone becomes. Like I’ve reached the limit of his patience and he’s been humoring me this entire time. I give him a tight-lipped smile. “Sorry. I’ll get out of your way.”

I grab my purse and rush down the stairs, heading for the house and away from Aaron. I don’t even know why I’m trying so damn hard to make someone I’m only going to see on very rare occasions like me. He’s not worth the effort. 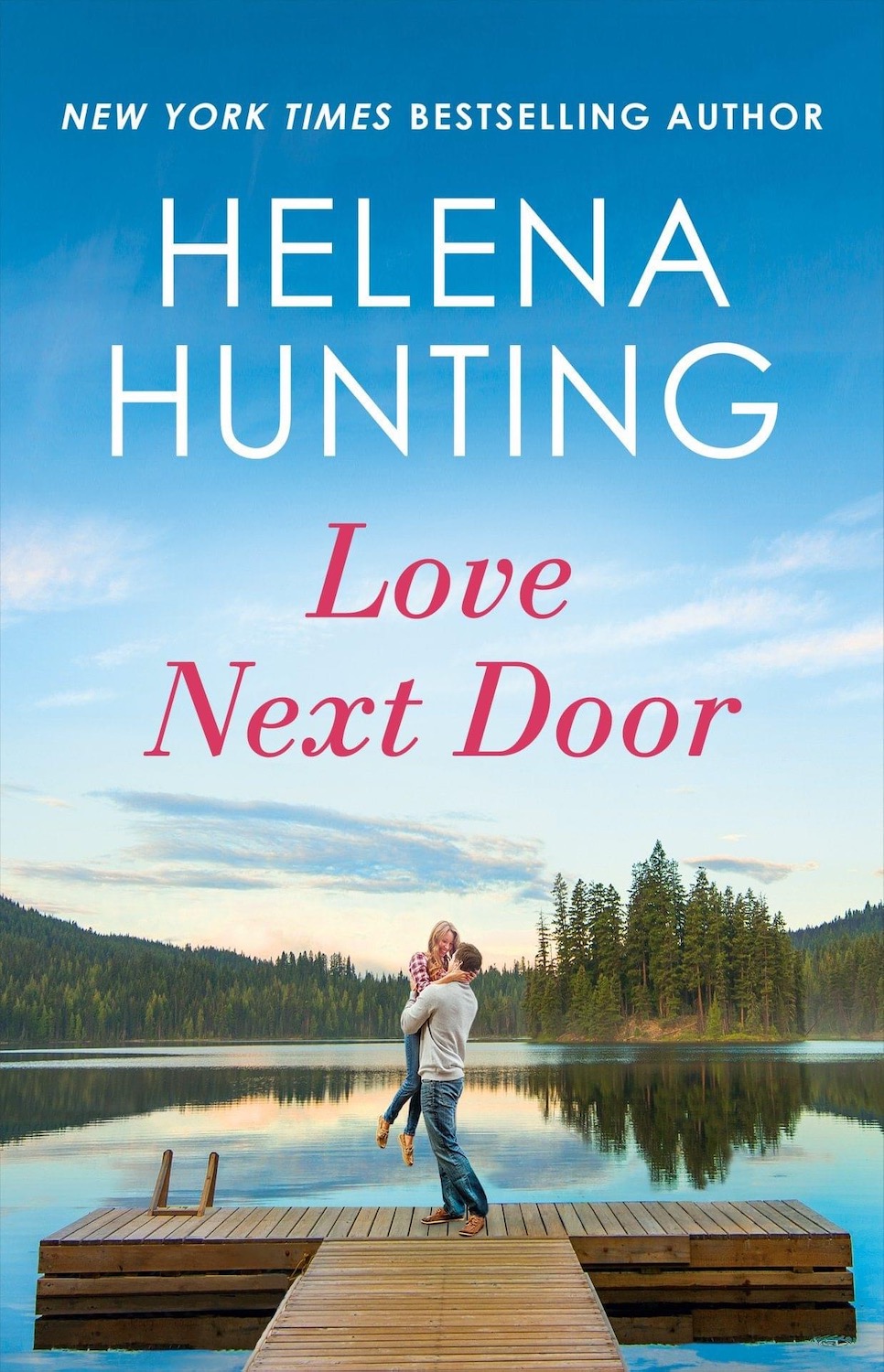 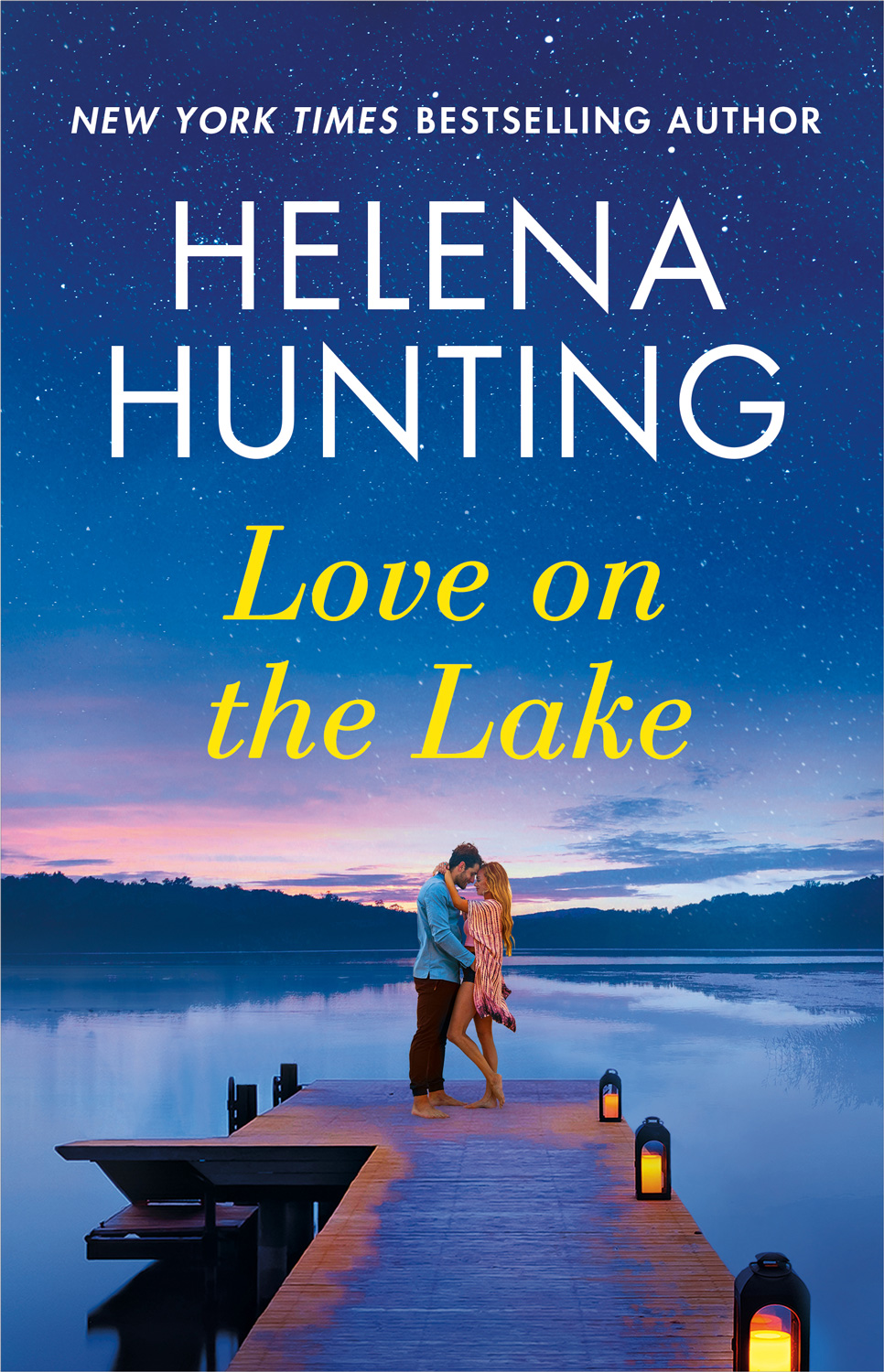