When she was young, Arya Roth became best friends with her housekeeper’s son. Soon, friendship turned to young love, and when Arya dared him to kiss her, a chain reaction of disastrous events led to the boy being sent away and out of Arya’s life.

Now, two decades later, Arya is an on-the-rise publicist with her beloved father as one of her biggest clients. So when her father is sued by a former employee, Arya sets out to prove that her father is not the monster he is accused of being. The only problem is the attorney who is determined to destroy her father’s good name. Christian Miller is charming, ambitious, and devilishly good looking, and Arya has no idea he is that same boy who kissed her all those years ago.

Past and present collide as Arya falls hard for Christian. But when she finds out who he really is and about his obsession with getting revenge on her father, can she choose love over family?

An addictive new second chance, enemies-to-lovers romance is out next week from author L.J. Shen, and I have a fabulous sneak peek for you. The characters, Arya and Nicholai, first meet and fall in love as teens, but when Arya’s wealthy father discovers that his daughter is having an affair with the son of their housekeeper, he fires Nicholai’s mother and banishes Nicholai from Arya’s life. When the estranged lovers meet again twenty years later, Nicholai has reinvented himself as hotshot lawyer Christian Miller, and the next case on his docket just so happens to be a sexual harassment complaint against Arya’s father. This is the scene when they first see each other again…

Hot Stranger and I both watched the red numbers on the screen above the elevator descending. I tapped my foot.

Was this man really the receptionist’s boss? That would make him the building manager, if not owner. He looked young. Early to midthirties. But seasoned too. With the flippant, tranquil air of someone who knew what he was doing. Old money opened doors to new opportunities; I was the first person to admit that. Just to be on the safe side, I decided to ask if he had anything to do with Cromwell & Traurig.

“Are you a partner at the firm?” There was no way Amanda had hired an associate.

His slightly crooked smirk widened half an inch. “No.”

I let out a relieved sigh. “Good.”

“Me too.” His eyes flickered to his Patek Philippe watch.

Silence descended over us. He didn’t feel like a stranger. Not exactly. Standing next to him, I could swear my body recognized his.

“I think it was Steinbeck who said the climate in New York is a scandal. New to the city?” His tone was airy yet undistinguishable. My instincts told me to watch out. My ovaries told them to shut up.

“Hardly.” I patted the chignon at the nape of my neck for stray flyaways. “You’d think I’d get used to it after so many years. You’d be wrong.”

“Ever thought of moving?”

I shook my head. “My parents and business are here.” And so was Aaron. I still visited him more often than I liked to admit. “What about you?”

“Lived here on and off my entire life.”

“New York is like a fickle lover. You know you deserve better. Doesn’t stop you from sticking around.”

“You can always leave,” I pointed out.

“I could.” He adjusted his maroon tie. “But I’m not a fan of quitting.”

The elevator pinged open. He stepped aside, motioning for me to get in first. I did. He swiped an electronic key over a pad and pressed the thirty-third button. We both stared at the chrome doors, our reflection twinkling back at us.

“Here for a consultation?” he asked. I had a feeling I was getting his undivided attention, but I also knew he was not flirting with me.

“Not exactly.” I examined my hot-red nails. “I’m here in the capacity of a PR consultant.”

“What fire are you extinguishing today?”

He tucked his phone back in his pocket, unbuttoning his peacoat. “Know what they say about big blazes.”

“Takes big hoses to get them under control?” I curved an eyebrow.

His smirk widened. My thighs informed me they were sold on this man and had no qualms about running off with him to Paris. I usually chose my lovers with the same pragmatism I chose my clothes in the morning and always went for the average-looking, gallant type. The ones low on drama. But this guy? He looked like a piñata full of crazy ex-girlfriends, rich-boy fetishes, and mommy issues.

“Sharp tongue.” He gave me a once-over.

“You should see my claws.” I batted my eyelashes. “It’s going to be swift and painless.”

The man turned around and looked at me. His teal eyes turned glacial, like a frosted-over lake. There was something in them. Something I recognized in myself too. Stubbornness born from bitter disappointment with the world.

I stood a little straighter. “I’m not going to let it turn into a media circus. There’s too much on the line.”

There was no way Amanda Gispen truly thought she had a case. She was obviously after Dad’s money. We were going to send her away with a hefty check and ironclad NDA and pretend it had never happened. It wasn’t Dad’s fault he’d hired someone who’d chosen to go this route when he’d fired her. Now it was all about minimizing the publicity this case was going to get. Luckily, Gispen’s lawyer, this Christian Miller guy, hadn’t brought any attention to the lawsuit. Yet. A calculated move on his part, no doubt.

“I’m sorry.” His smile turned from pleasant to downright chilling. This was when I realized his teeth were pointy. That the bottom front two were overlapping. A small imperfection that highlighted his otherwise-ravishing features. “I don’t believe I caught your name.”

“Arya Roth.” I turned to him, the pressure against my sternum becoming more prominent. My body tingled with danger. “And you?”

“Christian Miller.” He took my hand in his, giving it a confident squeeze. “Lovely to make acquaintances with you, Ms. Roth.”

My breath was knocked out of my lungs. I recognized a disaster when I saw one, and looking at Christian’s shrewd smirk, I knew for a fact I’d been played. 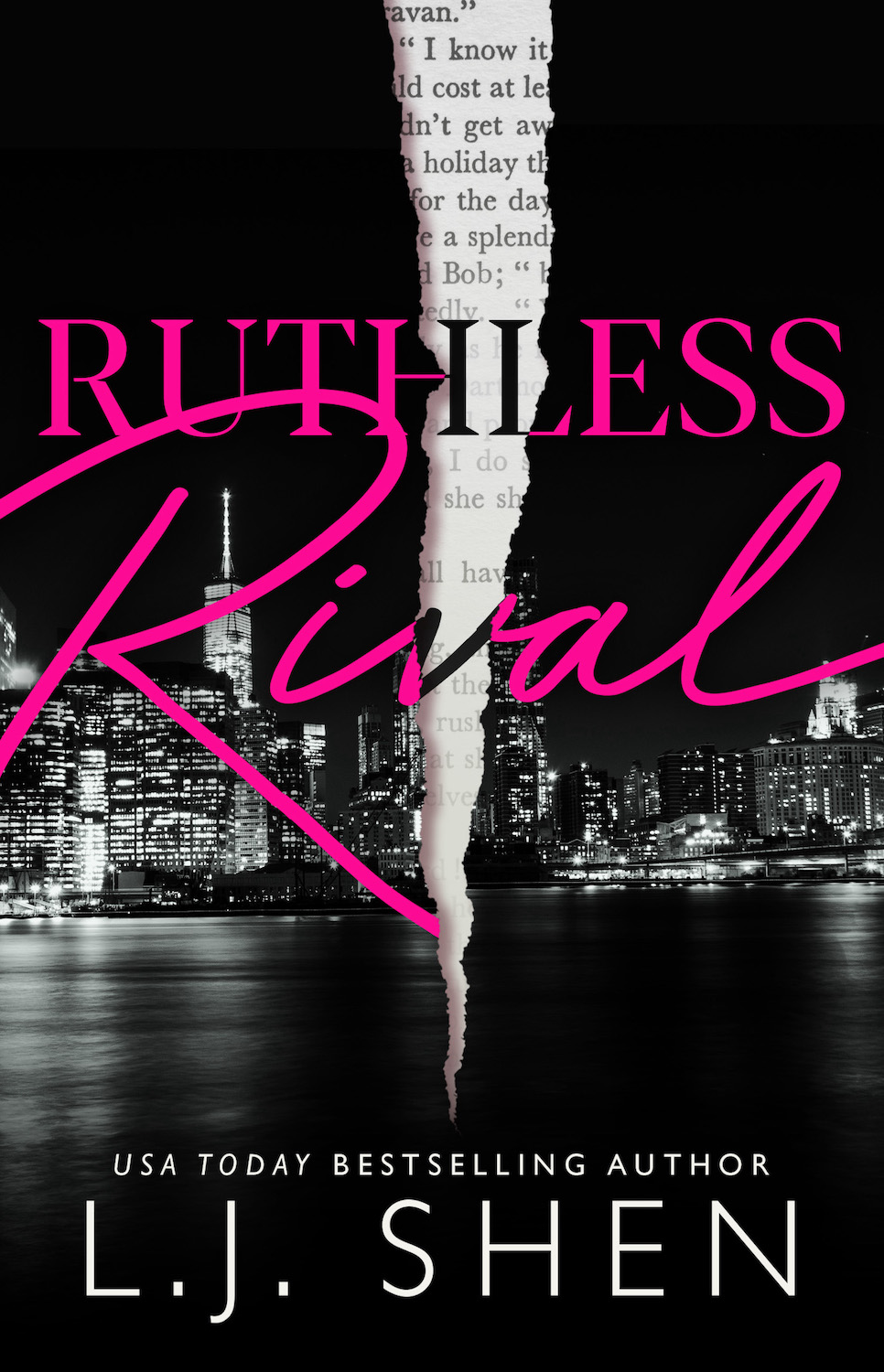 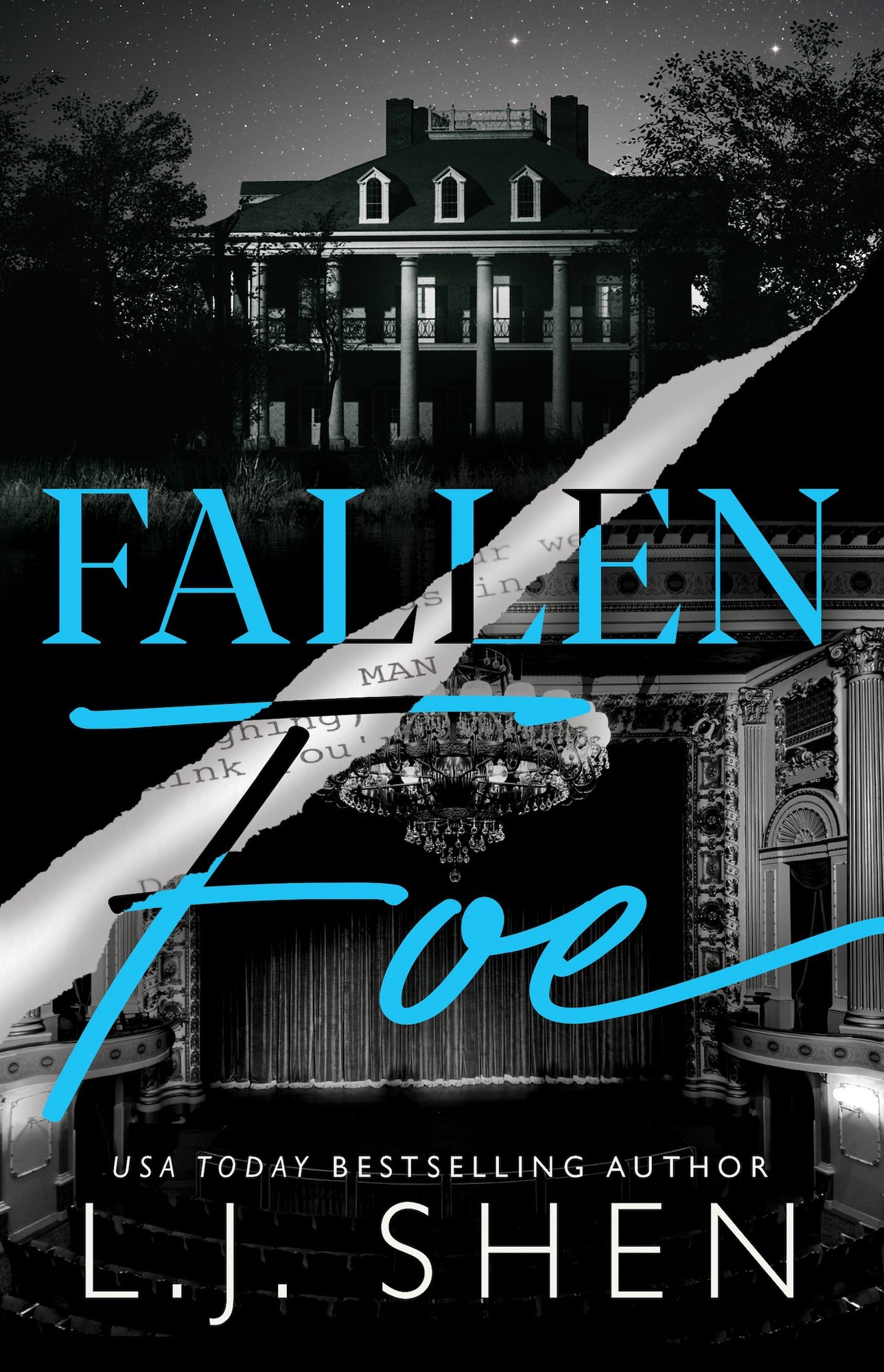