Make it or break it…

Or maybe just break them?

Ah-Ri has been training under YK Management in Korea for two years without any results. She doesn’t fit the typical mold for a successful K-POP idol image, literally down to her blood type. She has six more months before college entrance exams which means she only has six months to make it as an idol before her dreams are crushed.

Things take a turn when two of the most famous male idols break away from their group and decide to form their own co-ed group, a rarity.

And wonder of all wonders, they need one more girl.

It would be the perfect opportunity, except she hates them.

They are arrogant, entitled, rich little snobs who want the world to worship the ground they walk on. To make matters worse, the only reason they came to her was because they are desperate, which means she needs to prove herself even more.

Tempers and personalities collide when she’s forced to either accept the position or give up on her dream.

But what happens when you suddenly go from anti-fan and enemy number one to stuck in a love triangle between two boys you were born to hate but are somehow falling in love with? And will the group survive the heartbreak that follows when she finally makes her choice?

EXCLUSIVE EXCERPT: The Anti-Fan and the Idol

Book Series:  My Summer in Seoul

An all-new story in Rachel Van Dyken’s My Summer in Seoul series is out this week, and I have an excerpt for you.

I don’t expect her text.

I’m so shocked I stare at my phone for a few minutes before taking a deep breath. Or maybe that’s what it feels like to finally breathe a sigh of relief—my first one since all the shit went down a few months ago.

We’re at the same label and were given some restrictions on what we could do and a timeline, but we’re the label’s first to start in a new direction in K-pop—despite there being one other co-ed group in the industry.

Funny thing is, the minute you think you have a genius idea, everyone wants to stop you because it seems like it’s too out of the norm.

Haneul and I live in the same apartment we used to live in with the group, except we now have spare bedrooms since the other two members left for the military.

The whole point was to go together.

But they decided to do it without us, disbanding the group right after we started truly taking off with worldwide recognition.

And now it’s back to ground zero.

You can’t really be a K-pop group with two rappers. I mean, you could, but that wasn’t the look we had from management.

We can sing, but two of us? Who’s going to come to see two guys missing their other lead vocalists?

I’m pissed because things were strained since the beginning with the group. When the label put us in the supergroup, Haneul and I were both solo artists, but the other two guys had already been a part of two groups and had basically grown up together. Shit, talk about creative differences between the four of us. We kept everything behind closed doors, though.

On stage, everything was perfect. Sold-out concerts, millions upon millions of views on our videos. We were trending worldwide when our last mini-album dropped a year ago.

They needed a break.

And while I can understand how hard they worked since they were sixteen, and how much traveling and crazy scheduling they had to go through, I’m being selfish. Because while I can sell the hell out of a skincare line, I wanted to be a part of something bigger.

And I thought I’d found that with them.

At least Haneul and I had each other and were able to form a friendship based on utter betrayal and sadness.

Yeah, we had at least four drunken nights in a row once the guys announced they were taking a break and going into the military, leaving Haneul and me with the choice to go back to our solo projects or do something new.

Maybe it was the soju talking, but at two in the morning a month ago, we came up with an idea. What about a group with two guys and two girls? What if we played both sides and pulled in fans from everywhere? Created a new bias for K-pop? I knew of only one group that had successfully done it, and they’re still busting ass at another label.

Which brings us to this predicament.

Haneul and I basically told the label that we needed to compete with them if we wanted to stay relevant.

They fucking went for it but didn’t want to invest a ton of money or time into it. So, they dropped the entire plan into our laps, gave us a timeline, and that was it. If we do well on the debut stage, get a certain number of views on our music video, and can get on the Billboard charts with our first song, they’ll financially back us one hundred percent and actually pay us right out of the gate.

I asked my dad to invest, and he even said he wouldn’t make a bet he wasn’t sure he could win and would wait and see.

The songs for the mini-album are ready.

The concept for the MV—the music video—is completely drawn out.

And we already have another girl, a rookie who looks nervous every time Haneul or I talk to her, which brings me back to the dark horse. Ah-Ri.

She’s got a mouth on her in more ways than one.

And we’ll need that attitude.

Plus, she’s not just a visual. She can dance, sing, rap—she can do it all. Sure, she’s a bit tall, not as thin as some of the other trainees, and is so fucking argumentative I want to slam my head against the wall, but she’s really all we’ve got at this point.

Every other person we approached said they didn’t want to take the chance on us and would rather do a variety show before trying a co-ed group.

I go knock on Haneul’s door and wait for him to answer. Finally, he pulls it open, his blond hair messy around his face, blue contacts out, and his brown eyes showing. He’s wearing a Nike shirt and joggers and looks like he’s just waiting for disappointment. 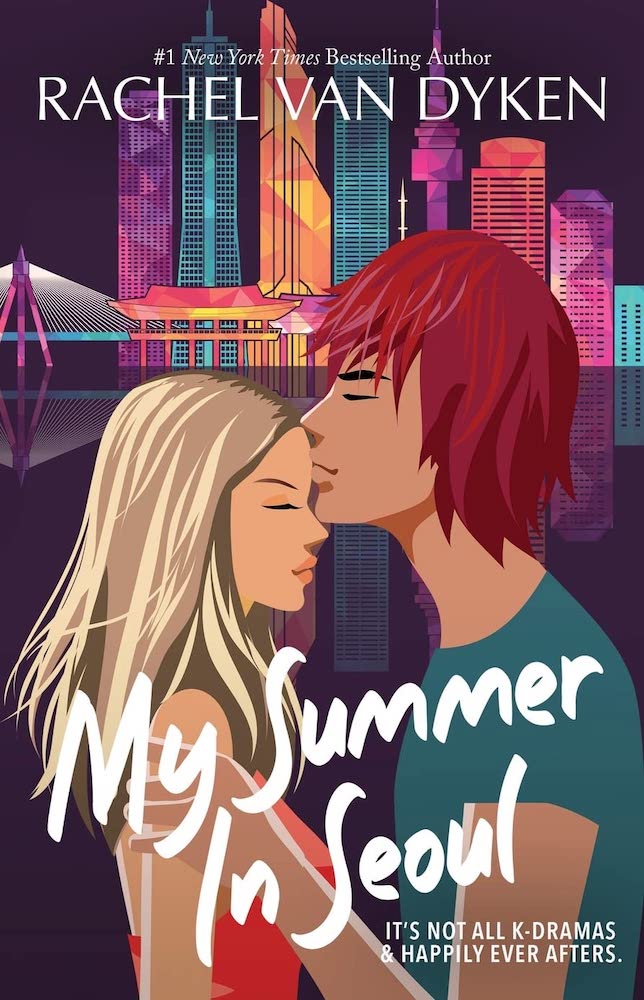