He promises love for a living.
But does he believe in happily ever after?

Nando is a self-proclaimed love expert.
Women believe he’ll deliver Mr. Right, and for the right price, he will.
Then there are the women who throw themselves at him, thinking he’s the one.
Who wouldn’t? He’s tall, delicious, and handsomely wealthy.
They think he’s perfect.

There’s more beneath his irresistible charm and good looks.
He’s the guy who’ll fly across the country when things get too hard for me to handle.
He’s not only my three a.m. call, he’s my voice of reason.
He’s also my best friend.

I know all his secrets—even the ones that torment his heart.
Being in Luna Harbor with his family is torture.
When he asks me to help his family in their plans to rebuild the town.
I immediately say yes.

In exchange, I ask him to give me some dating lessons.
One kiss. Two hot nights and I can’t seem to stop wanting him.
Suddenly our friendship and my heart are at risk.
Should I extinguish the fire between us or see where this will take us?

Claudia Burgoa’s has an all-new slow-burning friends-to-lovers, small town romance out this week, and and I have a sneak peek for you.

It’s exactly nine when we arrive at Washington Square. Pulling up my phone, I take one last look at the picture Lang sent me last night.

She has big, expressive green eyes, lengthy brown curly hair, and an upturned nose that makes her look like royalty. She reminds me of Anne Hathaway on those Princess Diaries movies Myka loves to watch.

I’m her babysitter, she’s seventeen, and I don’t believe in dating.

Yep, I’m not old enough to be jaded, but with my parents’ history, I…well, I’d rather not go through what I believe was a horrible marriage and a necessary divorce. It’s obviously a long, painful story that not many know. My brothers only learned half of it, if any. During my senior year of high school, I discovered something that might’ve changed me forever.

Will I ever tell my brothers and sister? Nope.

Some things are better left unsaid. I don’t even know if my father is aware of my discovery. Would it crush him? No matter what’s happening between us, I still love him.

“You have to go down,” Jerry reminds me.

“Give me one more second before I start this nonsense.”

“It’s an important program,” he says, and I’m sure he believes it, but is it really?

Manelik’s boss started it just this year. It’s a good cause, I admit it. He’s helping students transition from home to campus. We’re supposed to teach them survival skills. I’m teaching Brianna how to move around New York, which places to avoid, how to use public transportation, and the best way to get from one class to another.

Someone else will teach her self-defense, and…well, I don’t know what else they’ll do. The important thing is that she’ll be safe while going to school. At least, that’s what Mr. Bradley hopes to accomplish.

“Go before I have to drag you out of the car.”

“We have a meeting point, don’t make me hunt you all over the city,” he warns me.

I smirk and leave the car. Okay, so I’ve done that a few times. It’s fun to have them wonder where in the city I am when I’m really hanging out at the library or at the building where the college radio station is located. They just think I’m somewhere else drinking or partying.

As I walk toward the Arch, someone says, “Are you Nando?”

I turn around to see who the sweet voice belongs to. I recognize her green eyes immediately. They’re vivid, like crystals reflecting the light, or emeralds, and full of life. I’m hypnotized by her gaze for a moment, but then I realize this girl doesn’t look like the picture I have.

Is this really Brianna? Where’s the brown curly hair? This girl is almost white-blonde in some spots and orange around others. I think Myka and Grace call that a platinum blonde gone bad.

I show her the picture and ask, “Are you…Brianna?”

She bobs her head a couple of times. “Yep.”

“What happened to your hair?”

Her lips twist back and forth. “One of my cousins wanted to see if we could dye it pink, but her boyfriend called and she totally forgot about me. It’s okay, we can fix it later.”

It’s my turn to bob my head. That’s pretty irresponsible of her cousin, but who am I to judge? Maybe I should take her home and have Grace help with that. She’s my favorite roommate, and she’s an expert at coloring her hair.

Before I can speak, Brianna says, “Let’s get this over with. We’ve met, I’ll leave, and you can tell whoever hired you that I know everything about the city.”

She glares at me. I guess she didn’t love my condescending tone. “Listen, I know this city better than you do,” she argues. “The only reason my father decided I should be part of this insanity is the self-defense classes are taught by some martial arts expert who might or might not have trained with Bruce Lee. I don’t need those either.”

She’s feisty, and I try not to laugh at her little speech. This is an excellent time to use what people and my teachers like to call reverse psychology. “Then, show me the city. If you convince me you’re an expert, Country Girl, I’ll let you go.”

Brianna pulls her shoulders back and grins. “Okay. I’ll show you places you’ve never seen in your life, City Boy.”

I muffle my laughter with a cough. She’s tiny but feisty. I like her, which is surprising. Though I’m extroverted in the family, I’m not a fan of adding people to my inner circle.

She crosses her arms and taps her foot several times. “Are you done making fun of me?”

“Save the excuse. You don’t believe me”—she angles her body toward the street— “Let’s go, or do you need to tell your driver to follow you in case you get lost?”

“Follow me,” she interrupts. “Let me show you the city from the perspective of a real New Yorker.” 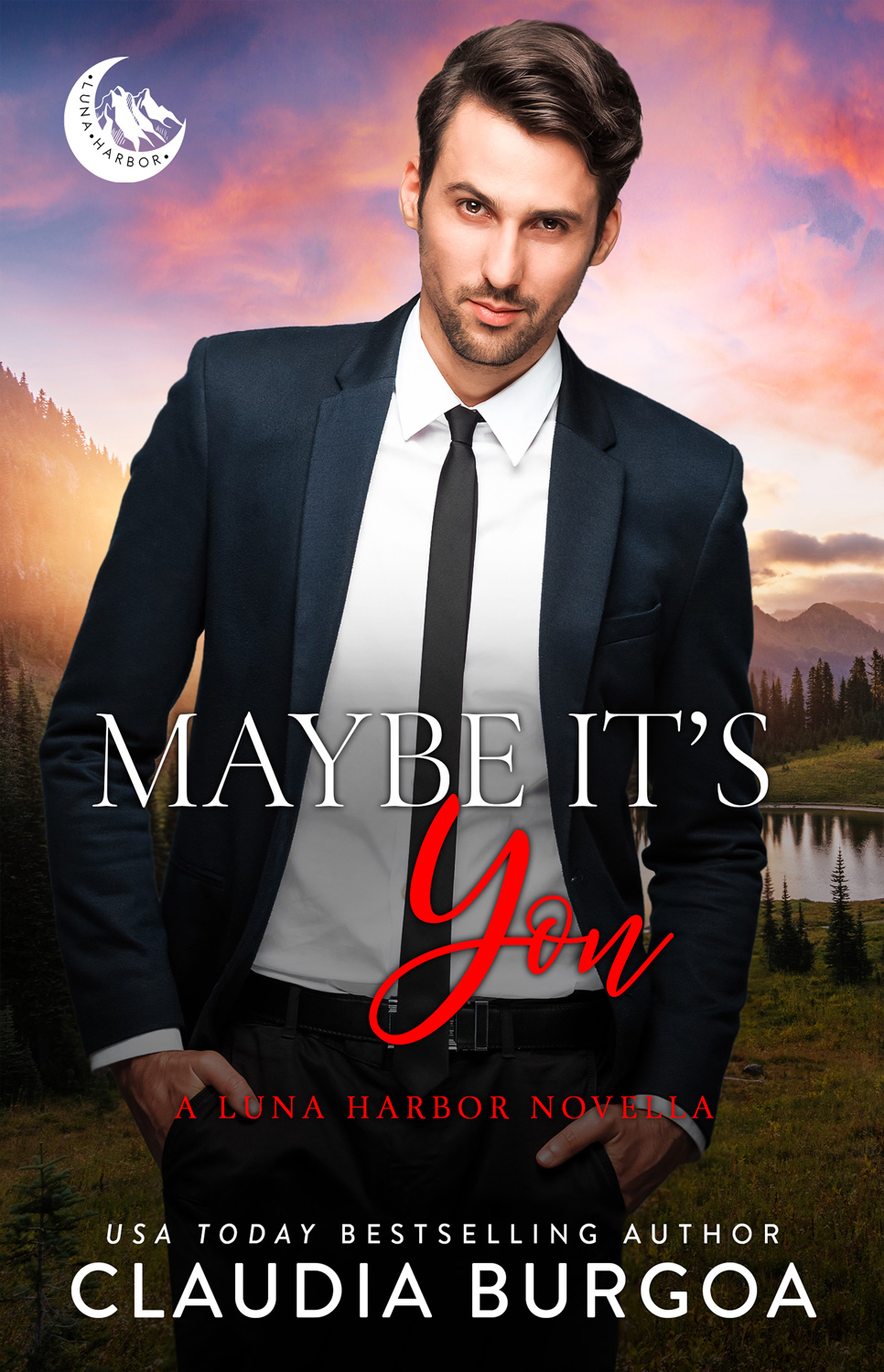 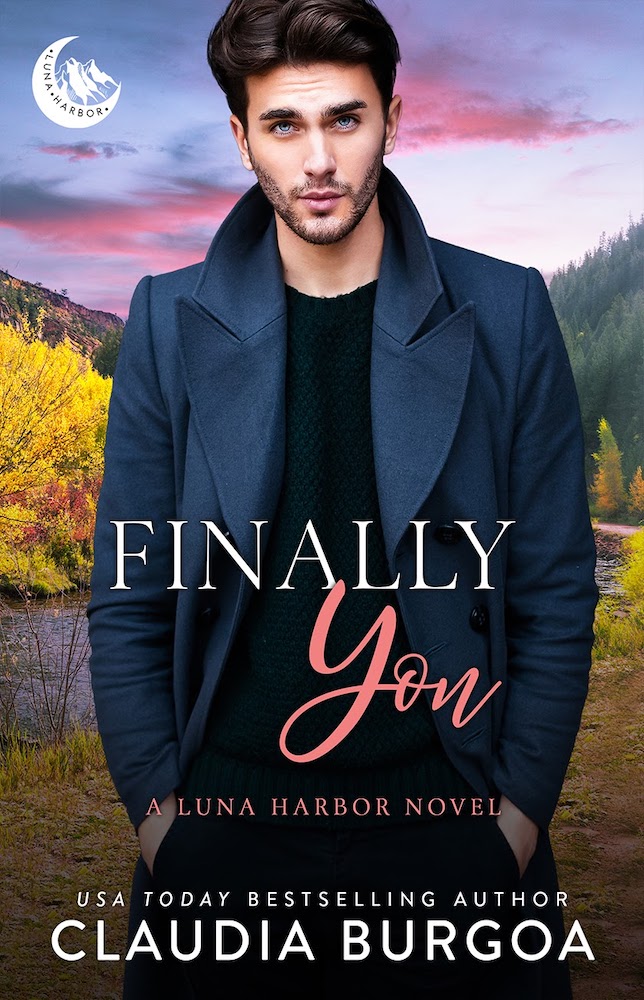 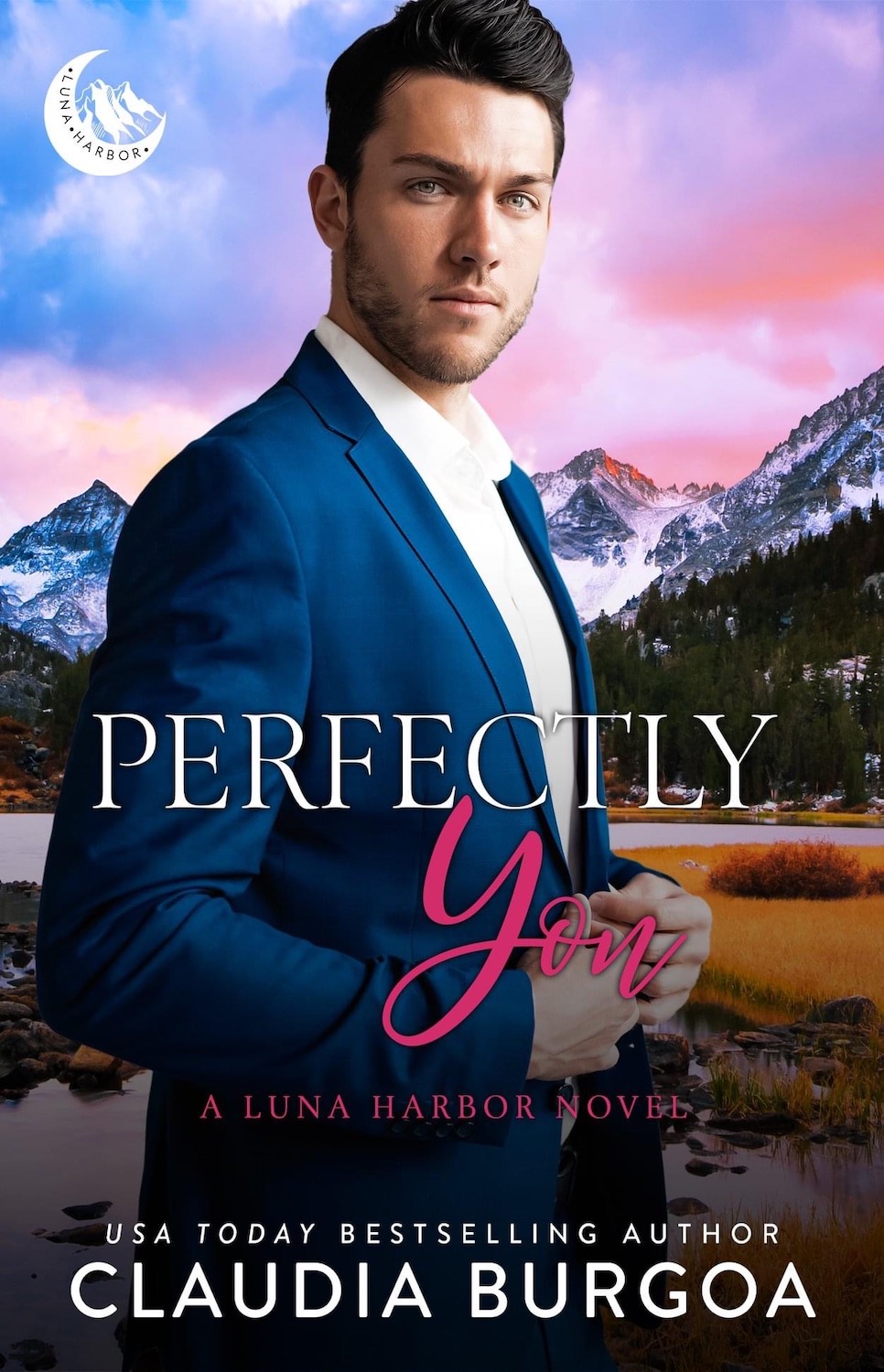 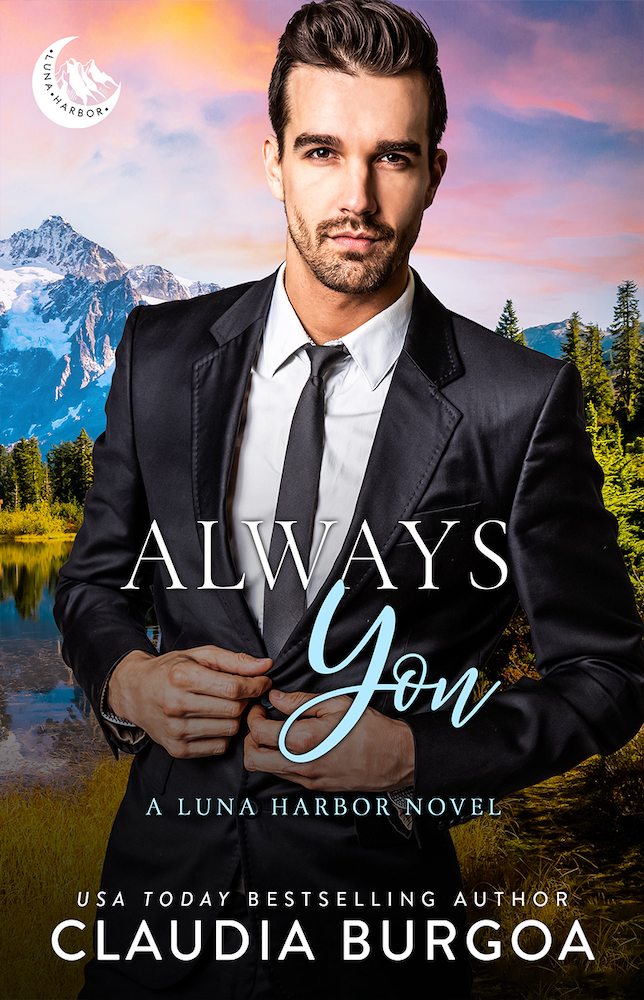 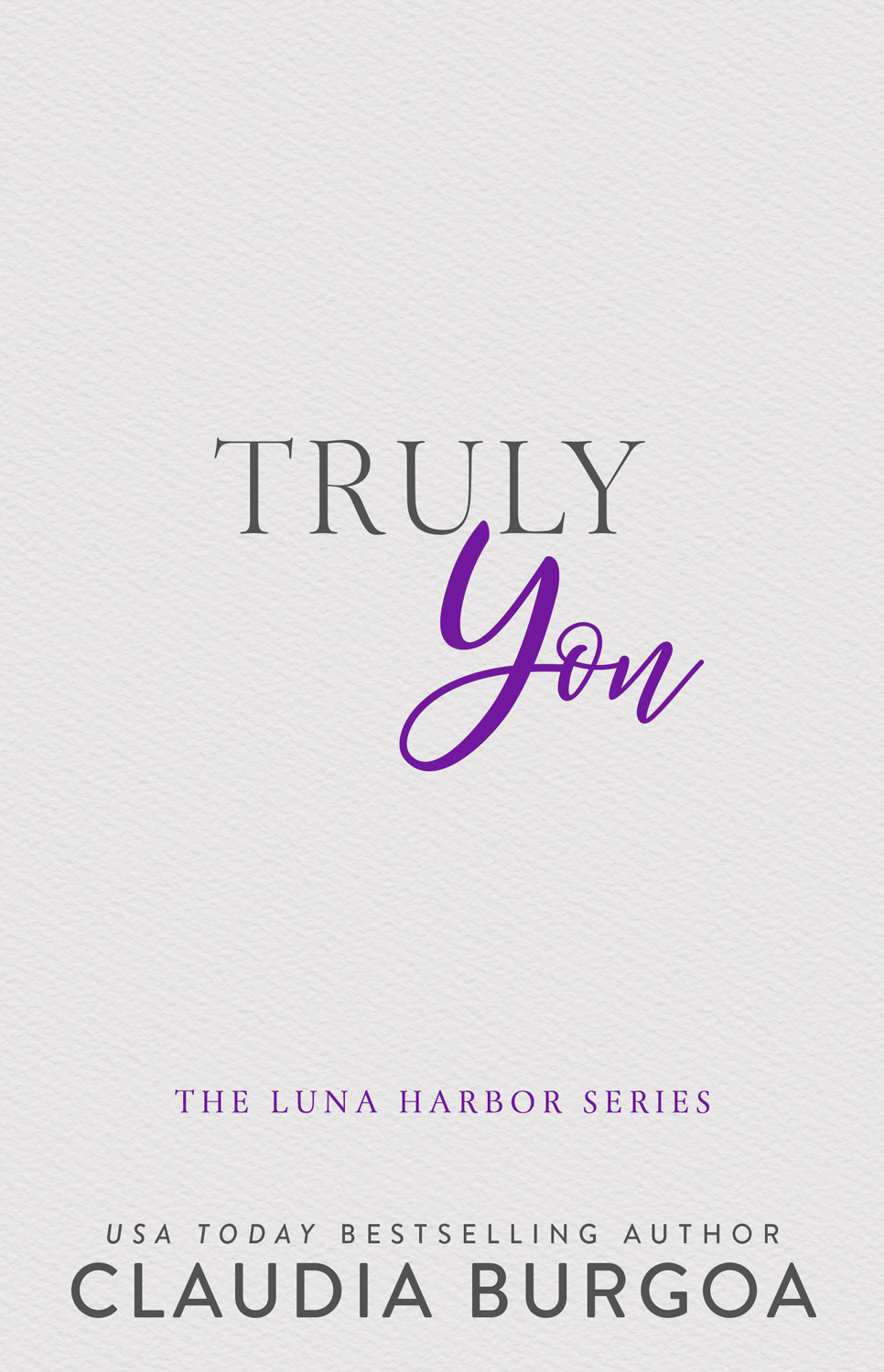