Jasper’s been my best friend my whole life. From losing my family when I was young, to living together and running our business, it’s always been me and Jasp. I feel more for him than I should, but confessing the truth would be the first step to losing him.

Our lives are so entwined, it’s hard to tell where one of us ends and the other begins. It’s killing me more each day to be this close to him and not be able to call him mine, so when it hurts too much, the only choice is to walk away.

My life is perfect. I have my family, my business, and my best friend. But when Sutton starts pulling away, everything changes, and it’s ripping me apart, forcing me to admit hard truths—that I feel different when he touches me; that I need him always by my side.

The thing is, I’m in love with Sutton, and apparently he feels the same. Loving Sutton is as easy as breathing, yet knowing my parents won’t accept us, not with all the backward things they raised me to believe, makes each day a struggle.

But one thing I know for sure—the world doesn’t make sense if Sutton and I aren’t together. We’ve had a million little moments to prove it. And to be the man he deserves, I have to fight for him, for us, and maybe that means fighting for myself too.

An emotionally charged best-friends-to-lovers romance filled with first times, self-discovery, and two men destined to be together, is coming next week from one of my favourite authors ever—Riley Hart—and I have a sneak peek for you.

At the familiar sound of Sutton’s truck coming down the driveway, I stood and stretched. He acted like the anniversary of his family’s passing wasn’t as painful as it had been fourteen years ago, but I knew how hard it was for him.

“You boys gonna come over for dinner? You know how I like havin’ my family together,” Mama said.

“No, thank you. We got some food at the house that needs to be eaten up.” It was a lie, and I wasn’t sure why I told it. I kissed her cheek. “See ya later, Mama,” I said, then went out the back door and jogged across the property to our house.

Sutton was drinkin’ a glass of water in the kitchen when I went in. His shirt had pulled up, showing some of the golden skin of his muscular stomach, and I flicked my gaze away. He’d let his hair grow some lately. When the strands got wet, it hung over his forehead. He was a little smaller than me, with more slender features, a thin nose, and…why was I examining his looks so damn much?

Sutton said, “You went to the cemetery without me.”

I shrugged. “Thought I should make sure it was nice for ya since you’re a stubborn bastard and wouldn’t let me go with you.”

He chuckled, but it wasn’t a real one, then set his glass down and sighed. “Libby would be twenty-one. Can you believe that shit?”

No, I couldn’t, and I knew it was a million times harder for Sutt. “Let’s pack up the truck and go camping tonight. I know it’s late, but we can hit up our spot. It’s close. We can swim and build a fire and just fucking let all the other shit go. It’ll be fun. We haven’t gone camping in a long time.”

Sutton smiled, which made me feel a strange sense of pride having been the one to make him do it. He was the best person I knew, and I was thankful every day that he was my best friend. “It’s been three years. You got drunk off too much tequila, gave me a ten-minute pep talk about how I could be or do anything I wanted, vomited, then passed out.” And then he’d cleaned me up, changed my clothes, and gotten me into the tent.

“You stayed up all night babysitting me,” I laughed.

“I worried you were gonna throw up again and choke on your vomit in your sleep.”

“Always such a worrier,” I joked.

“I haven’t drunk tequila since and don’t ever plan to again. See? I can be responsible.” I wasn’t sure why I’d had so much that night. I wasn’t a big drinker. I liked a beer in the evening or whatever, but I was always cautious because of what I’d seen with Aunt Carrie.

But then I started wondering why it had been Sutton who’d been there for me. My girlfriend at the time had been with us—his had been too—yet Sutt had taken care of me. He’d gotten into an argument with her the next day. They’d stayed back while we’d gone swimming. When I returned early with a headache, I heard him fucking her in his tent.

Thoughts of that morphed into that night in high school, flashes of him and Miranda flickering through my head—Sutton touching her, Miranda touching him, his skin against mine.

I shook off those memories. I didn’t think about that, or at least I tried not to. We hadn’t talked about it once in the eight years since we said we’d forget about it.

“Jasp?” he snapped me out of my thoughts.

“Let’s go camping. We’ve been workin’ our asses off. We deserve a night out.” When he didn’t reply right away, I added, “Sutt…come on. You know you want to. Don’t make me beg cuz I’ll do it…or just tie your ass up and drag you to the truck. I’m not above force if necessary.” Sutton laughed, and something about the sound, the lack of heaviness to it, told me I had him and had gotten my way. “Hell yeah.”

“Come on. Don’t pretend I don’t know you. You’re itchin’ to get out of here and have some fun just like I am. It’s a yes.”

“That’s what I’m talkin’ about.” I grabbed his shoulders and shook him playfully before guiding him toward the hallway.

“Just makin’ sure.” We parted ways at his, and I continued to mine. I threw a bunch of shit in a bag, not really paying much attention to the clothes and toiletries I grabbed. I did make sure to grab my guitar, knowing he would as well. “I’ll pack the food if you get the rest of the stuff,” I said, making my way down the hallway.

Our cooler was in the pantry. I added some ice from the machine, but we’d have to stop and get a few bags. I tossed in bottles of water, beer, food for tonight and the morning, plus some snacks. By the time I made it outside, Sutton was putting the camping supplies in his truck—since our work trailer was attached to mine.

Today was an example of why I wasn’t looking forward to settling down. I liked our lives the way they were, liked that we could drop everything and go camping if we wanted and could work as late as we wanted, and didn’t have to worry about someone expecting us home.

“Wanna drive?” I asked, knowing that Sutt liked driving when it was more than just around Ryland, probably because it made him feel more in control over it. But we basically shared vehicles, so it wasn’t unusual for me to take his truck or him mine.

He nodded and we climbed in. We’d just pulled out onto the main road when I rolled down the window, hung my whole torso out of it, and shouted, “Woooweeeee!” at the top of my lungs. I hadn’t realized how much I needed this until we were on our way out.

“You’re such a dork. Get your ass in here, cowboy,” he said, tugging on my arm.

I wasn’t a cowboy. I grew up riding horses and working ranches just like he did, and we both knew our shit when it came to that kind of thing, but it wasn’t what either of us had wanted to do.

When I sat back down, he said, “You got issues.”

“Can I shout one more time?”

“Yeah. Then get back in the truck and put your seat belt on.”

“Yes, sir!” I hung out of the car again and yelled for a second time. Wind rushed around me, the smell of home and Sutton in the air, both completely familiar to me. When I got back in and clicked my seat belt into place, he smiled, and I could tell he felt a whole lot better than when I first saw him earlier in the kitchen.

Fuck, I loved my life. I didn’t ever want it to change. 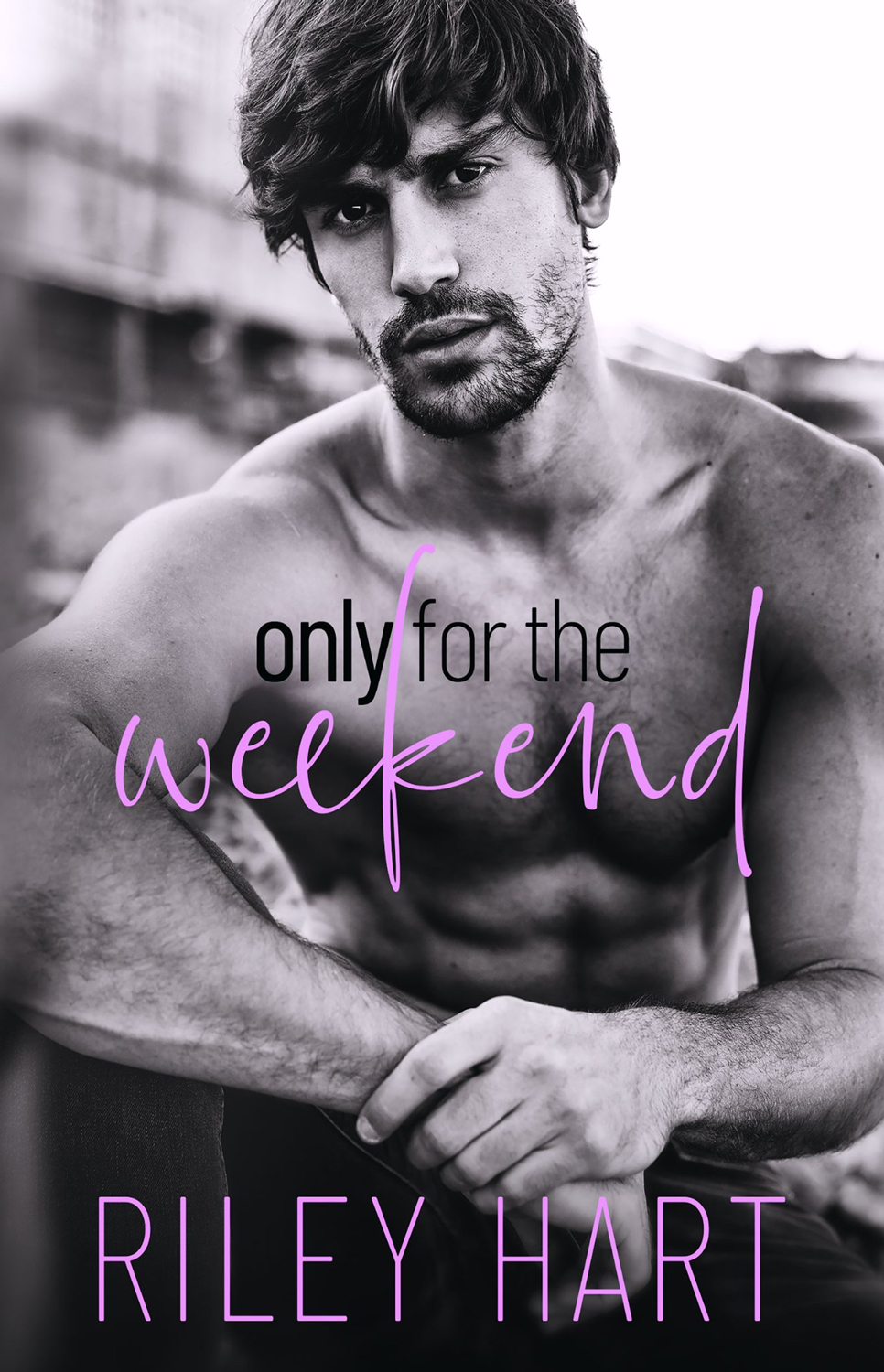 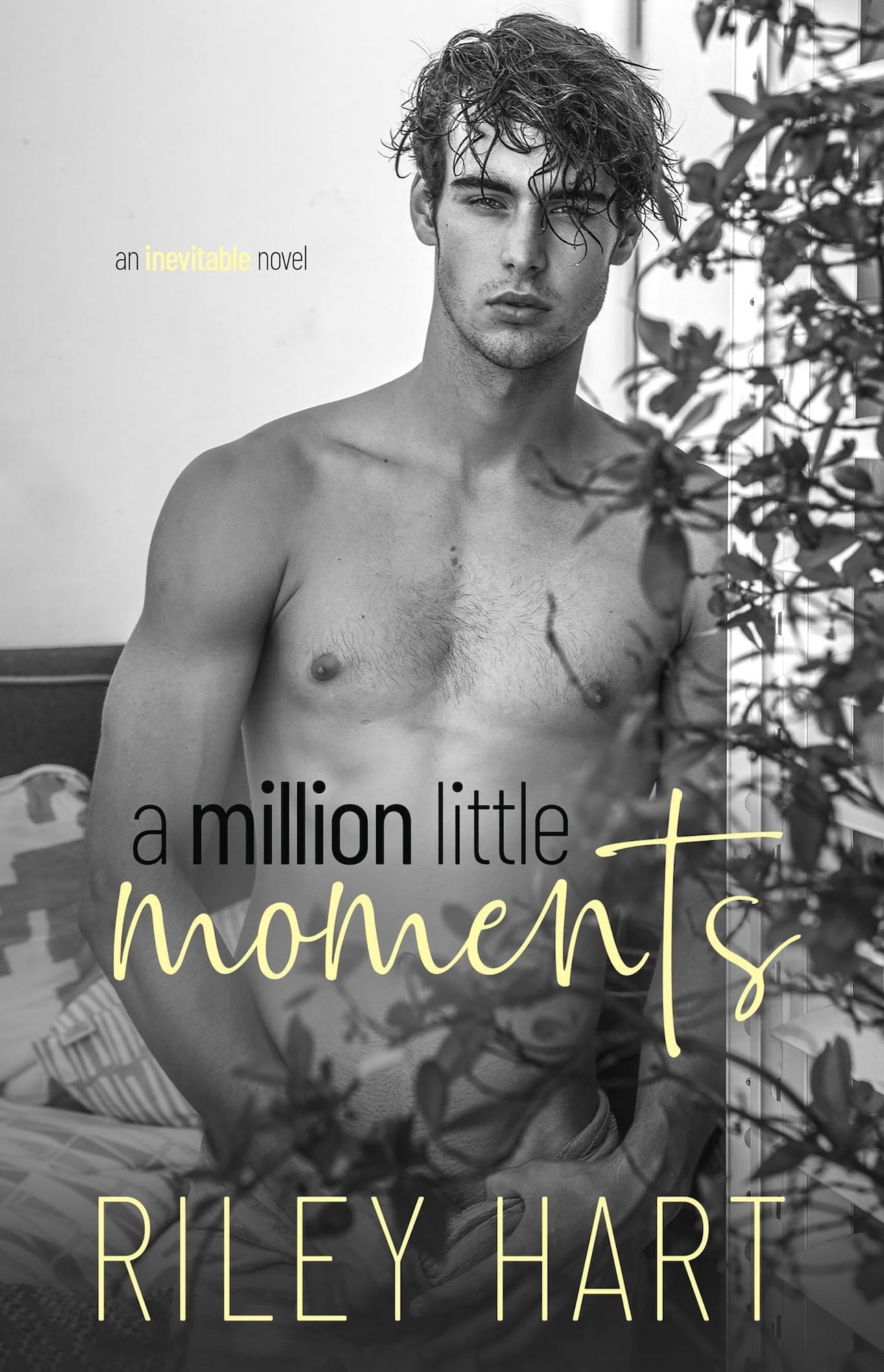